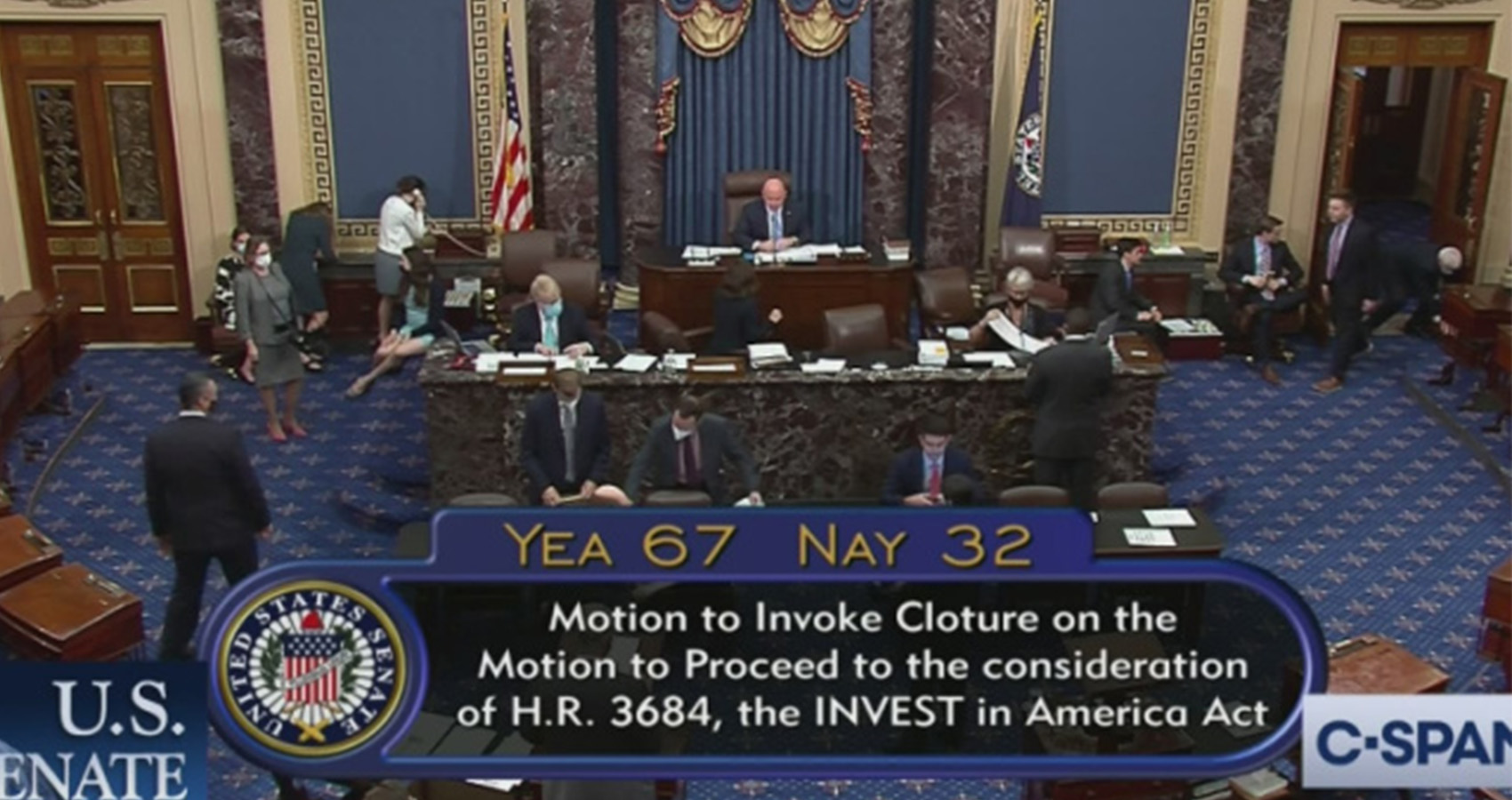 The US Senate has voted to move forward on a bipartisan infrastructure bill after weeks of negotiations last week, clearing a key procedural hurdle on a bill that includes $550 billion in new spending for infrastructure projects around the country, media reports here said. 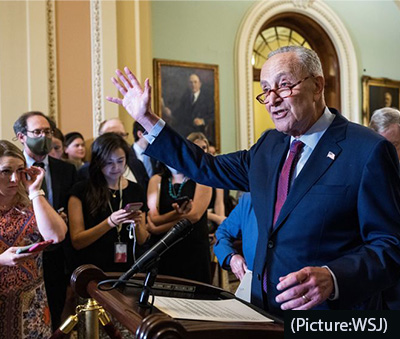 In the 67 to 32 vote, 17 Republicans including Senate Minority Leader Mitch McConnell joined Democrats to advance the bill. The proposal includes some of President Biden’s top domestic priorities and provides billions of dollars in funding for bridges, roads, broadband internet, clean water, public transit and more over the next five years. It encapsulates so-called “hard” infrastructure and is separate from Democratic efforts to pass a $3.5 trillion package for so-called “soft” infrastructure, which includes policies like Medicare expansion and universal child care.

“This deal signals to the world that our democracy can function, deliver, and do big things,” President Biden said in a statement before the vote. “As we did with the transcontinental railroad and the interstate highway, we will once again transform America and propel us into the future.”

The long-awaited text of a nearly $1 trillion bipartisan infrastructure package has come to be realized after several months of negotiations and a month after President Biden and a bipartisan group of senators first announced such a deal.

The Infrastructure Investment and Jobs Act focuses on investments in roads, railways, bridges and broadband internet, but it does not include investments that Biden has referred to as “human infrastructure,” including money allocated for child care and tax credits for families. Democrats are looking to address those priorities separately. The package calls for $550 billion in new spending over five years.

The bipartisan bill would be funded by unspent emergency relief funds, corporate user fees and strengthened tax enforcement for crypto currencies, among “other bipartisan measures,” the White House said. The bill would also use roughly $53 billion from states that returned unused enhanced federal unemployment money.

Former President Trump has termed the “so-called bipartisan bill” terrible, and vowed to primary GOP Senators who vote for it.

Sen. Rob Portman, R-Ohio, said the final product, just over 2,700 pages long, will be “great for the American people.” Senate Majority Leader Chuck Schumer said the Senate will consider amendments this week and a final vote could be held “in a matter of days.”

“It’s been decades since Congress passed such a significant standalone investment,” the New York Democrat said, “and I salute the hard work done that was here by everybody.”

Here’s a look at what’s included in the agreement:

How would they pay for it?

According to a recent fact sheet from the White House released a few days before the final legislation was unveiled, the package will be financed through a combination of funds, including repurposing unspent emergency relief funds from the COVID-19 pandemic and strengthening tax enforcement for cryptocurrencies.

Goals of the plan

Back in June, the White House shared a fact sheet with the aims of the package: Improve healthy, sustainable transportation options for millions of Americans by modernizing and expanding transit and rail networks across the country while reducing greenhouse gas emissions.

Repair and rebuild roads and bridges with a focus on climate change mitigation, resilience, equity and safety for all users, including cyclists and pedestrians.

Build a national network of electric vehicle chargers along highways and in rural and disadvantaged communities.

Electrify thousands of school and transit buses across the country to reduce harmful emissions and drive domestic manufacturing of zero emission vehicles and components.

Eliminate the nation’s lead service lines and pipes, delivering clean drinking water to up to 10 million American families and more than 400,000 schools and child care facilities that currently don’t have it, including in tribal nations and disadvantaged communities.

Upgrade the power infrastructure, including by building thousands of miles of new, resilient transmission lines to facilitate the expansion of renewable energy, including through a new grid authority.

Create a first-of-its-kind Infrastructure Financing Authority that will leverage billions of dollars into clean transportation and clean energy.