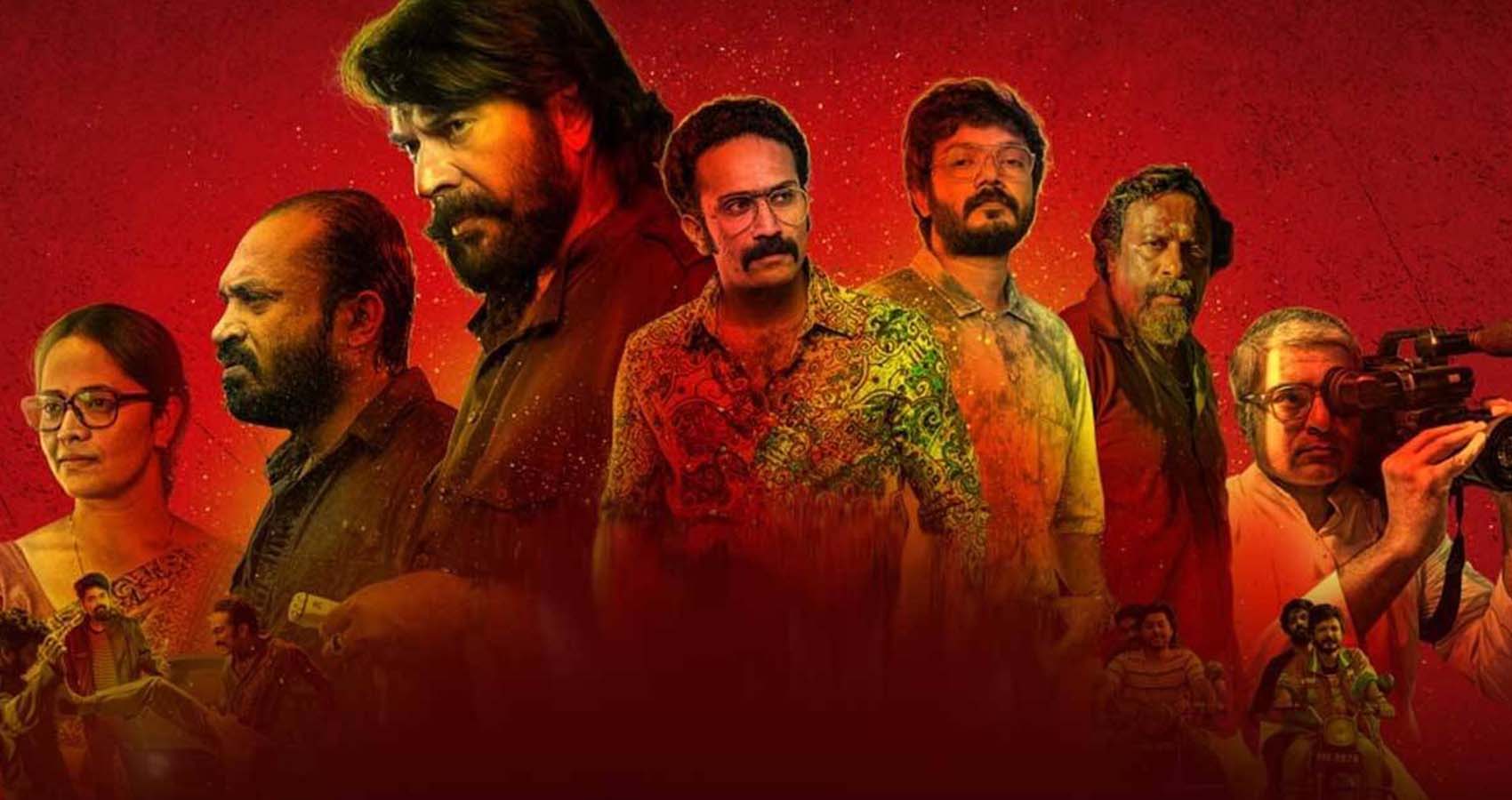 When a Malayalam movie is widely publicized as a brilliant work of stylish screenplay, if people all over the world are compelled to watch it on curiosity, it’s worth critiquing. A decent movie review should be an unbiased original opinion without thinking about what mainstream media writes in bold letters.

Bheeshmaparvam was probably the most anticipated Malayalam movie; after the superhit pictures like BigB, Priest, and One, all flourished with the name of Super Star Mammootty. Now, after 15 years, Amal Neerad and Mammootty joined together, and the fans were, no doubt, expecting a hype with this picture. Even within five days of Its release, media started announcing that Mammootti’s Bheeshmaparvam broke the record collection of Mohanlal’s Lucifer.

It seems that Bheeshmaparvam was created to fit the age of Mammootty and within the limited resources and locations due to Covid restrictions.

The storyline runs with the ancestral flashback, and the introduction of characters itself is so confusing that the average viewer will struggle to find the relation between the characters.Follows a chaotic, tender aristocratic, but notorious ‘Anjootti family’ that is on a road trip across a rugged landscape and fussing over the patriarchal leadership of Michael, who is not even the eldest son in the family tree. Only the mysterious older brother is quiet but obeys Michael for the good of the big family. Amal Neerad has shown extensive expertise to mimic the old movie GodFather by all means. Anand’s high-tech camera and Vivek’s editing styles created a widescreen set up to accommodate the Megastar to entertain Malayalees indeed.

No doubt, Mammootti’s heroic looks with his screen presence made the character of Michael unique. However, since Bheeshmaparvam is not a one-man-show, sufficient space has been provided for the other prominent personalities of Saubin Shahir, Shine Tom Chacko, Fahraan Fasil, Sreenath Bhasi, Dileesh Pothen, paarvathi Mala, Lena, Nadia Moidu, AnasuyavBhardwaj,etc.

It is heart touching to see the legends, Nedumudi Venu and KPAC Lalitha, appearing in their old looks for the last time for Malayalis, who mourn for their recent passing away.

Michael’s patriarchal role is not acceptable to the younger generation in the story. That envisaged enough room for the Director to mix up religious hatreds and some other hidden agenda. Kochi- Mattancherry lobby has been attempting to precipitate hate against the Christian community, which may be a good plot for a giant movie; that is the commercial aspect of movie lobbies. 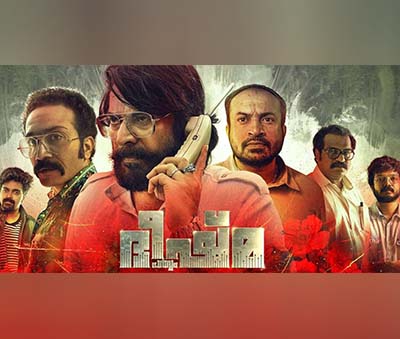 Just because Superstars like Mammootty or Mohanlal is in the leading role, there is a notion that the movie will be successful. Still, recently we have been proving wrong with the prevailing ideas. So I would like to highlight the solid negative side of the plot of the so-called Big Movie. It is not against Mammootty or other stars, who all did well in their roles. Let it be exposed that the story of this movie has its evil hidden agenda.

As mentioned earlier, a set of new-gen story writers and directors have been adopting a hidden formula cleverly. They are mocking the Christian beliefs and traditions. For example, the movie “Trance” depicted hatred on Christian retreats and healing ministries- nobody protested. In this movie, a specific community is highlighted as good people throughout, whereas others are evil mongers and roots of all evils. Is it a good message for a highly harmonious state like Kerala?.

Another issue is with the side story of Christian girls are frantically running after Muslim relatives, or they are being trapped. A group of Christian mothers is plotting together with a few of their brothers against their church to get the girl married to a Muslim boy.A priest from this Anjootti Family is characterized as the villain, a portion of the family supports Muslim counterparts, and Christians in the family are projected as drug addicts and evil brats.

The worst part of the story happens when Michael, the patriarch, induces to kill his own Christian brothers for the benefit of the Muslim counterparts in the same family. The real killer is manifested and acknowledged by the hero himself. Is it not the hidden ideology to elevate the qualities of one religion as the only good creed of people. On the other hand, the Christian group is the nasty one creating all the atrocities. Is it true?

Bheeshma in the Mahabharata had at least some moral qualities, who acquired his prowess and invincibility with humility. In this movie, truly we are misguided with its name. We don’t find any Hindutwa nor a real Bheeshma, but only the rough games between Christian and Muslim groups. But revenge, much like every taut minute of this thriller, is far too addictive to give up until the bitter end.

We find only the crafty and devious “Shakuni” in this movie as a Megastar. It would have been apt to name it “ShakuniParvam” instead of Bheeshmaparvam!