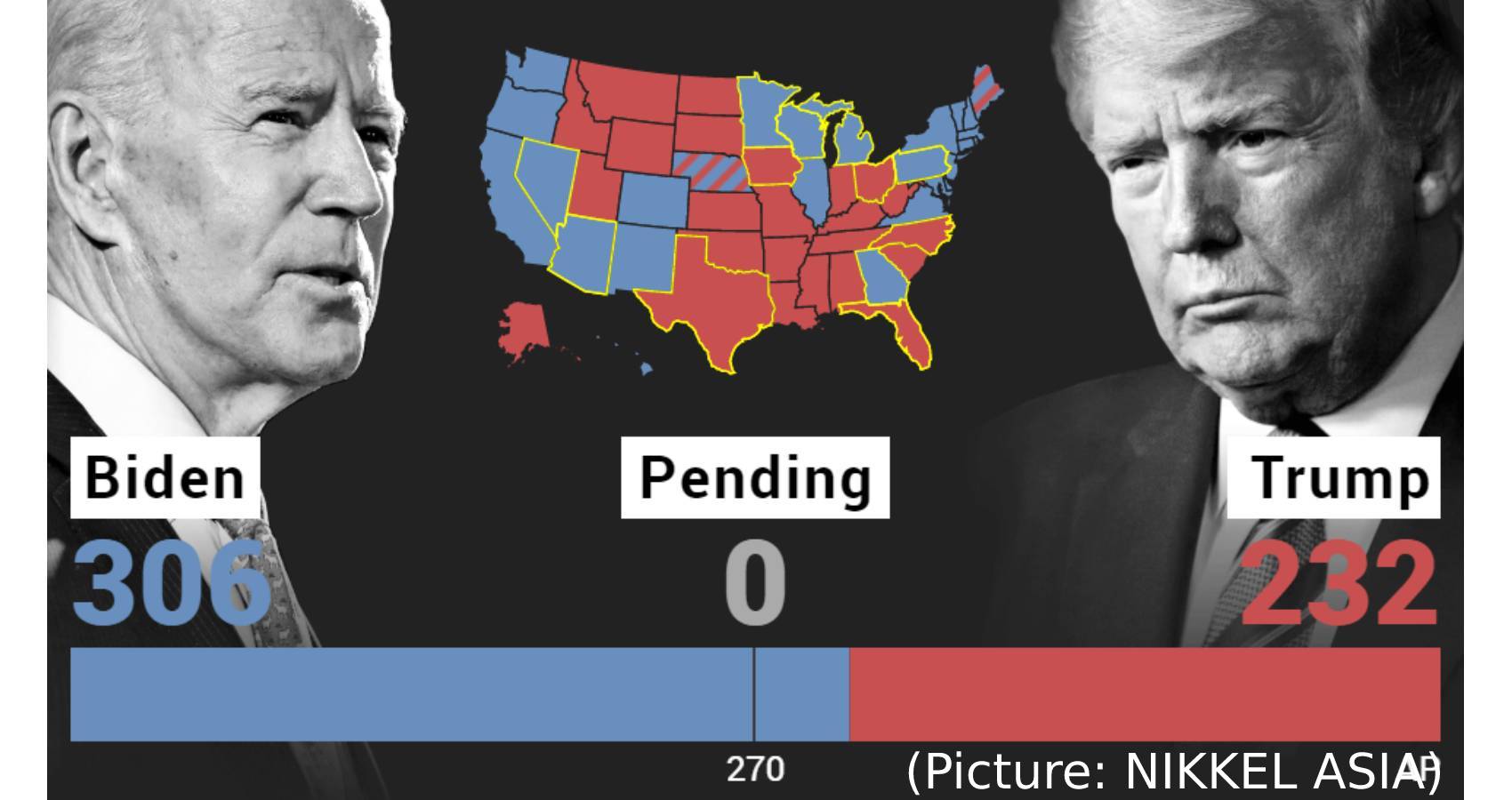 As we saw in 2016 and again in 2020, traditional survey research is finding it harder than it once was to assess presidential elections accurately. Pre-election polls systemically misjudge who is likely to vote, and exit polls conducted as voters leave the voting booths get it wrong as well.

Now, using a massive sample of “validated” voters whose participation has been independently verified, the Pew Research Center has published a detailed analysis of the 2020 presidential election. It helps us understand how Joe Biden was able to accomplish what Hillary Clinton did not—and why President Trump came closer to getting reelected than the pre-election surveys had predicted. 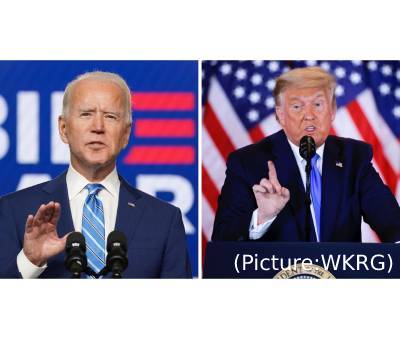 How Trump kept it close

Despite (or perhaps because of) non-stop controversy about his policies and personal conduct, President Trump managed to raise his share of the popular vote from 46% in 2016 to 47% in 2020. His core coalition held together, and he made a few new friends.

With electoral mobilization at a peak for supporters of both political parties, turnout surged to its highest level in a century. The Democratic vote total increased by 15.4 million over 2016; the Republican total, by 11.2 million. In future elections, much will depend on whether mobilization is symmetrical, as it was in 2020, or asymmetrical, as it is when one party is enthusiastic while the other is discouraged or complacent.

This said, Republicans are facing a structural dilemma. For the most part, their coalition depends on groups—notably whites and voters without college degrees–whose share of the electorate is declining. Moreover, as elderly Americans, who now tend to be supportive of Republican candidates, leave the electorate, they will be replaced by younger cohorts whose views of the Republican Party are far less favorable. Among voters under age 30, Joe Biden enjoyed a margin of 24 points over Donald Trump, and political scientists have found the voting patterns formed in this cohort tend to persist.

There are potential countervailing forces, however. If the Democratic Party is regarded as going beyond what the center of the electorate expects and wants, Democrats’ gains among suburban voters and moderate Republicans could evaporate. And if Democrats continue to misread the sentiments of Hispanics, who now constitute the country’s largest non-white group, their shift toward Republicans could continue. There is evidence that among Hispanics as well as whites, a distinctive working-class consciousness is more powerful than ethnic identity.

As my colleague Elaine Kamarck has observed, Hispanics could turn out to be the Italians of the 21st century—family-oriented, hardworking, culturally conservative. If they follow the normal intergenerational immigrant trajectory rather than the distinctive African American path, the multi-ethnic coalition on which Democrats are depending for their party’s future could lose an essential component.

Despite these possibilities, Republicans have made scant progress at the presidential level over the past two decades, during which they gained a popular vote majority only once. In the four most recent elections, their share of the popular vote has varied in a narrow range from a high of 47.2% in 2012 to a low of 45.7% in 2008. Despite labelling Mitt Romney a “loser,” Donald Trump failed to match Romney’s share of the popular vote in either 2016 or 2020. Trump’s gains in some portions of the electorate have been counterbalanced by losses in others. If Republicans cannot move from their current politics of coalition replacement to a new politics of coalition expansion, their prospects of becoming the country’s governing majority are not bright—unless Democrats badly overplay their hand.

There are two kinds of inaugurations. For some, the theme is “Let us continue”; for others, “Let us begin anew.” Rarely has the latter seemed more apt—or necessary. It was a foregone conclusion that newly sworn-in President Joe Biden would speak of unity and democracy in his inaugural address. From the very beginning, these were the themes of his presidential campaign, and he adhered to them in the face of pressure from pundits and politicians to change course.

“We come together as one nation,” Biden declared. “Democracy has prevailed.” We have much to repair, much to restore, much to build, much to heal–and much to gain. But we cannot do it while divided against ourselves. “My whole soul is in this—bringing America together,” he said. It is time to end our “uncivil war.”

Mr. Biden acknowledged that calls for unity in our current circumstances can sound naïve, and he worked to dispel this impression. “The forces that divide us are real,” he said. But he reminded us that this has often been so throughout our history.

Calls for national unity at inaugurations are nothing new, of course—most memorably by Abraham Lincoln in 1861. Back then, however, the better angels of our nature were not strong enough to avert a disastrous civil war. Now, two weeks after an unprecedented assault on the Capitol by an insurrectionary mob of its own citizens, the new president faces a similar challenge—to avert conflict and to build anew on what we have in common.

But there was another, newer theme in President Biden’s inaugural address—an invocation of truth as the foundation of unity. The reason is clear: never has truth been more necessary, or more endangered. “There is truth and there are lies,” he told us. Lies told for profit and for power.” And then he promised, “I will always level with you.”

A new beginning takes more than rhetoric and promises, of course. It will require governing with full awareness of our differences—and with the fact that we are closely as well as deeply divided. The Senate is evenly divided; the House, nearly so. President Biden may be able pass a handful of bills with the support of only his own party. For the rest, bipartisanship is more than a slogan; it will be a necessity.

This morning, the Republican and Democratic leaders of the House and Senate joined Joe Biden as he attended mass at St. Matthews Cathedral. And although President Trump was absent from the inaugural ceremonies, Vice President Mike Pence and the only other former Republican President, George W. Bush, were present. In the months to come, Biden’s Oval Office should welcome leaders of both parties, and a wide swath of America. Only then will Biden be able to make good on his hopes to end this “uncivil war” that for too long has pitted us against one another.