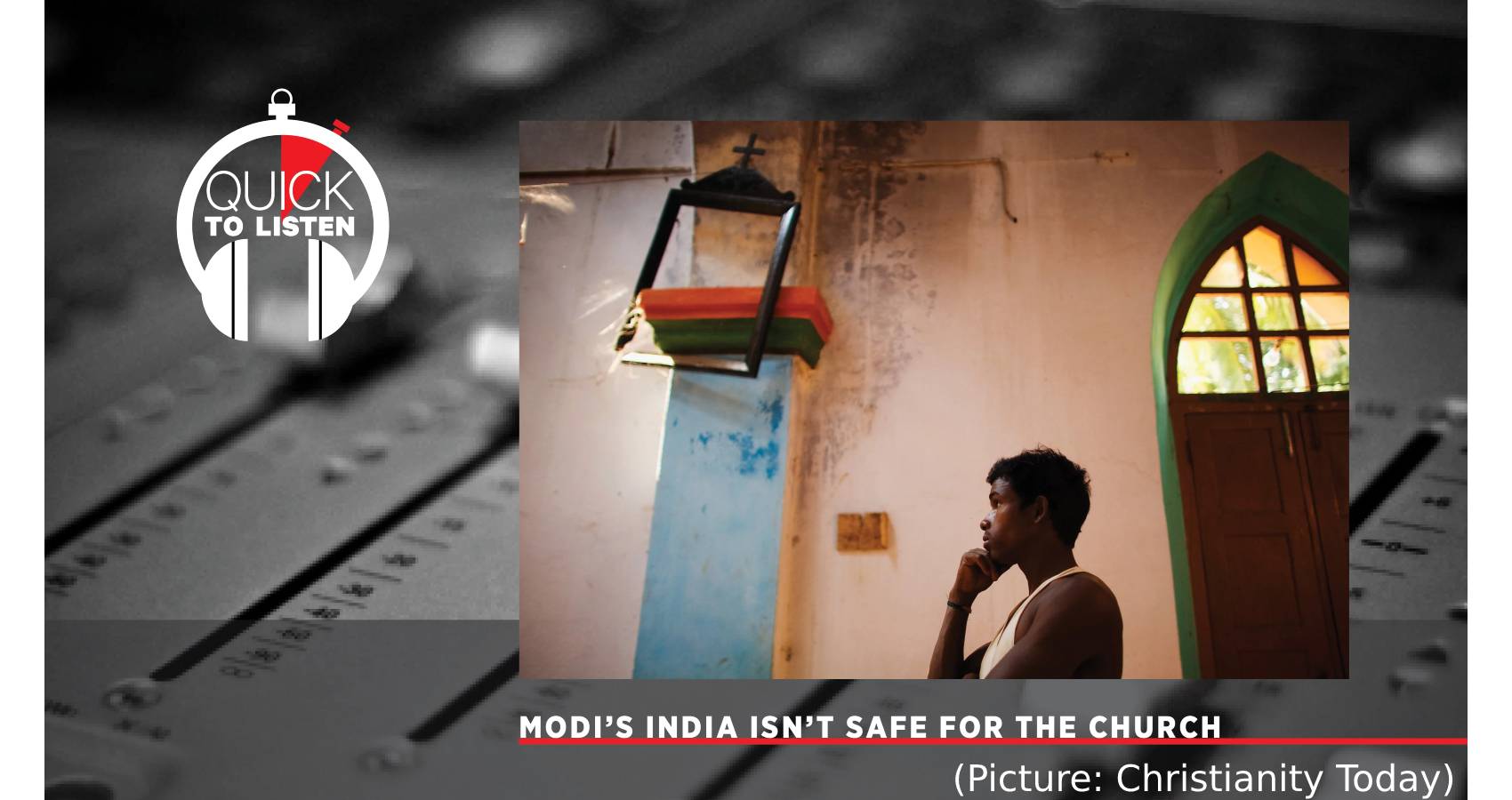 Before the year 2021 had reached its halfway mark, some of the most powerful forces in modern India prepared to counter the Christian – and Muslim – presence in India, with discussions and statements on how to rid the country of “padri” [Hindi of the Latin Padre, father or Christian priest, pastor or clergy], pushing a massive 145 incidents of religious persecution against Christians, including three murders, into the background. That the incidents, and the threats, took place even as the country, still reeling from the impact of the first wave of the Corona Virus pandemic, was struck anew by the second wave, which struck the country, particularly the metropolitan cities including the national capital New Delhi, the worst hit.

In the hill town of Chitrakoot on the border of the states of Madhya Pradesh and Uttar Pradesh, held holy according to the epic Ramayana, the top echelons of the RashtriyaSwayamSewakSangh [RSS], the ideological mother of the Bharatiya Janata Party and the main grassroots force behind the government of the Prime Minister, Mr Narendra Modi, met in a secret conclave. The main agenda, according to the authoritative Hindi newspaper and TV group DainikBhaskar, was to launch a campaign with the slogan “Chadaraur Father Mukt Bharat” (An India liberated from Chadar (Cloth Sheet symbolizing Muslims) and Father (Christian Priests).

The threat of such campaigns has accompanied promises — or threats – of bringing in legislation in Parliament against conversion. One such Bill listed in Parliament is moved by RSS spokesman and member of the Upper House [Rajya Sabha] Mr Rakesh Sinha. Indeed, as reported by other news outlets, one of the other things that the Sangh spoke about was to propose to the Modi government to bring a nationwide anti-conversion law. The violence, detailed in the report, itself was vicious, widespread and ranged from murder to attacks on church, false cases, police immunity and connivance, and the now normalised social exclusion or boycott which is becoming viral.

An analysis of the 145 cases recorded by the Evangelical Fellowship of India’s Religious Liberty Commission and its associate Helplines and activists, documents three murders, attacks or desertion of 22 churches / places of worship, and 20 cases of ostracization or social boycott in rural areas of families which had refused to renege on their Christian faith and had stood up to mobs and political leaders of the local majority community.

True to the pattern of previous years, Madhya Pradesh topped the list with 30 cases. The state, which has large pockets of forest lands where Adivasis, or Tribals live, was amongst the earliest to enact anti-conversion laws, which it has periodically applied on the ground with increasing viciousness. The neighbouring state of Uttar Pradesh, continued to be a dangerous place for Christians too with 22 cases. Karnataka and Chhattisgarh, also polarised by a decade of religiously divisive political campaigns, documented 14 and 13 cases each. Violence against Christians by non-state actors in India stems from an environment of targeted hate. The translation of the hate into violence is sparked by a sense of impunity generated in India’s administrative apparatus.

COVID-19, which has severely impacted data collection, grassroots investigations and even a measure of solidarity with victims in distant villages, seems to have given the police a ruse not to register cases – police have generally been loath to register cases. Access to courts for relief was restricted too. The violence was also facilitated by the absence of civil society on streets as activists were unable to travel because of lockdowns restrictions and because of the collapse of the media.

The most alarming development has been the expansion and scope of the notorious Freedom of Religion Acts, which are popularly known as the anti-conversion laws, earlier enforced in 7 states, to more states ruled by the Bharatiya Janata Party. Once targeting only Christians, they are now armed also against Muslims in the guise of curbing ‘Love Jihad’. This is an Islamophobic term coined some years ago to demonise marriages between Muslim men and non-Muslim women, particularly those belonging to the Hindu upper castes. The laws ostensibly punish forced or fraudulent religious conversions. But in practice, they are used to criminalise all conversions, especially in non-urban settings.

Uttar Pradesh has become the eighth state in India to enforce an anti-conversion law. Similar laws are in force in the states of Odisha, Madhya Pradesh, Chhattisgarh, Gujarat, Himachal Pradesh, Jharkhand and Uttarakhand. The states of Arunachal Pradesh and Rajasthan have passed anti-conversion laws that are not in force for various reasons, and Tamil Nadu has passed and repealed its anti- conversion law. Christian activists fear that the expanding footprint of the anti-conversion laws bring a step closer the BJP’s manifesto promising a nation-wide law to check evangelisation by “missionaries”, a term designed to impute western conspiracy to Christianise Dalits, Tribals and others in rural areas, small towns and urban slums.

The most bizarre incident which caught the eyes of the international media took place on 19 March 2021 in Jhansi, Uttar Pradesh, when four nuns from the Delhi Province of the Sacred Heart Society (SH) were arrested while on their way to Odisha from Delhi. The incident occurred while the train in which they were traveling stopped at 6.30 pm at Jhansi railway station. A group of religious extremists, who were returning from a pilgrimage, unjustifiably accused them of religious conversion and caused trouble. They challenged the faith of the women and raised religious slogans. Subsequently police arrived at the spot and arrested the women without paying any heed to their side of the story. Around 150 religious radicals accompanied the women in procession to the police station. The terrified nuns were released at 11.30 pm after the intervention from advocacy groups convinced police that the nuns were innocent and had credible documents to prove their story.

There was perhaps some consolation for religious minorities in recent pronouncements by various courts of law in the land. A Haryana court held that “hate speech is violence,” as other courts said reiterated that the health of the Indian democracy depended much on the health of its minorities. Helping the judicial sentiment was the national outrage over the custodial death of Jesuit priest and social activist Fr Stan Swami who’d been detained und the stringent Unlawful Activities Prevent Act in which the arrested can be held for long periods without bail pending trial which may begin years later. Responding to several writ petitions, the Supreme Court of India has agreed to examine the constitutional validity of laws enacted by Uttar Pradesh and Uttarakhand but has said that the laws need to be first challenged in the respective high courts.

EFIRLC appeals to the Government of India and the respective State Governments of the States named in the report to ensure the rule of law and the security of religious minorities in India. We especially appeal to the State Governments of Madhya Pradesh, Uttar Pradesh, Karnataka and Chhattisgarh to deal stringently with the various right-wing organizations operating in these states whose primary agenda is to create an atmosphere of fear among the Christian community and other religious minorities. For further information, please write to [email protected]