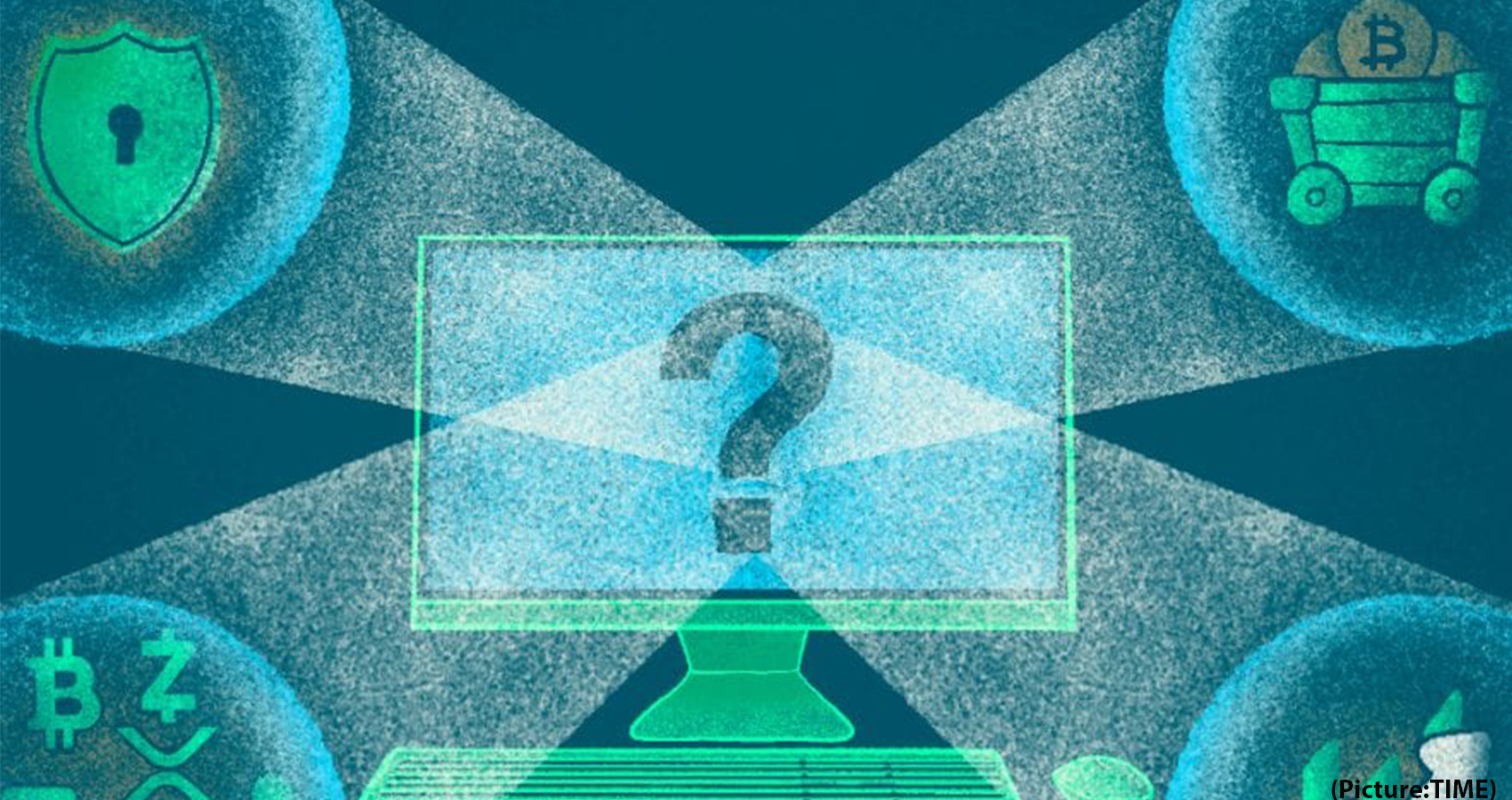 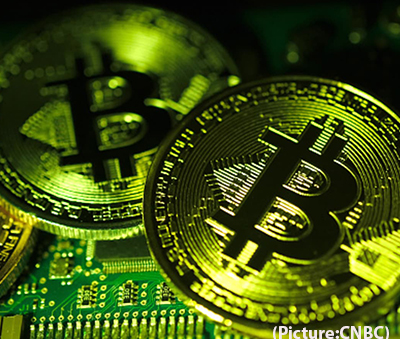 For many crypto enthusiasts, the decentralized nature of digital currencies — which, unlike traditional currencies, aren’t backed by any institution or government authority — is a big draw. But regulatory guidance can help protect investors. “As much as I like the decentralization and the lack of government [involvement], I am glad that they are paying attention because unfortunately with cryptocurrency, there are a lot of scams,” says Kiana Danial, author of “Cryptocurrency Investing for Dummies.” Here’s a rundown of the proposals we’ve seen so far, and how they may affect cryptocurrency investors in the future: Cryptocurrency Crime and Tax Evasion Cryptocurrency regulation is tucked into a provision of the $1 trillion bipartisan infrastructure bill moving through Congress.

The provision would expand the definition of a brokerage to include companies that facilitate digital asset trades — like cryptocurrency exchanges. The change would mean increased tax reporting responsibility to help the IRS track crypto tax evasion. Some lawmakers and industry groups argue that the language of the draft is too broad, according to reporting by the Washington Post. Additionally, SEC Chairman Gensler spoke recently about a need to increase regulation and help prevent more ransomware attacks, like the one that shut down the Colonial Pipeline back in May. The pipeline attack was one of a number of high profile instances of hackers seeking Bitcoin ransoms.

While Gensler didn’t comment on exactly how the SEC planned to help stop these crimes, he did say that the agency would continue to exercise the full extent of its power. “[The SEC] will continue to take our authorities as far as they go,” Gensler said during an appearance at the Aspen Security Forum in Colorado. A recent U.S. treasury report voiced the same concerns as Gensler, saying cryptocurrency “poses a significant detection problem by facilitating illegal activity broadly including tax evasion.”

What Investors Should Know Under the proposed law included in the infrastructure bill, companies that facilitate crypto trades would be required to report tax information about those trades to the IRS (just as brokers of traditional investments like stocks do) starting in the 2024 tax season. “The bill is generally investor-friendly because it makes crypto tax compliance easier for investors,” says Shehan Chandrasekera, CPA, head of tax strategy at CoinTracker.io, a crypto tax software company. “This is because if the bill passes, exchanges will have to issue 1099-B tax forms with cost basis information to investors.”

That means the exchange would provide a record of taxable events on the platform, like how much your Bitcoin was worth when you bought it and when you sell it back into U.S. dollars. Today, only some exchanges report this info. “This will significantly reduce the crypto tax filing burden,” Chandrasekera says. It’s already important to keep your own records of any capital gains or losses on your crypto trades, which you should report on your federal tax returns. But this regulation would make it even more essential, since the IRS would more easily be able to find any cases of tax evasion related to crypto. Stablecoin Regulation Gensler also hinted Tuesday that increased stablecoin regulation could help with the cryptocurrency crime problem, as “the majority of what happens [on cryptocurrency exchanges and platforms] is cryptocurrency to cryptocurrency.” Gensler says that by bypassing the involvement of U.S. dollars in direct crypto-to-crypto trades, bad actors may be more able to evade public policy measures and other sanctions aimed at preventing money laundering or ensuring tax compliance.

Apart from federal regulation, there have been many state-specific cryptocurrency legislations passed. Know what regulations apply in your state. Stablecoins are a type of cryptocurrency pegged to an existing currency, like USDT (Tether). USDT is tied to the price of the U.S. dollar, so its value is constantly $1. And the SEC isn’t the only agency that’s taken interest. Federal Reserve Chairman Jerome Powell has spoken about stablecoin regulation recently, too, while testifying before the U.S. House Committee on Financial Services earlier this month. Powell said that if stablecoins are going to be a “significant” part of the payments universe, “we need an appropriate regulatory framework, which we frankly don’t have.”

Treasury Secretary Janet Yellen echoed that sentiment recently, coordinating a meeting with the President’s Working Group on Financial Markets to discuss “the rapid growth of stablecoins, potential uses of stablecoins as a means of payment, and potential risks to end-users, the financial system, and national security,” according to a meeting readout. What Investors Should Know Nearly three-quarters of trading on all crypto trading platforms occurred between a stablecoin and some other token in July, Gensler said. While it’s unclear yet what any regulatory action on stablecoins would look like, any regulation could impact investors who hold or use stablecoins as part of their strategy.

Crypto-to-crypto trades often incur lower fees on many exchanges than buying crypto outright in U.S. dollar-to-cryptocurrency transactions, and stablecoins’ low price volatility makes them a potentially better option for purchases than transferring cash each time. But for investors, they’re not as great a store of value as more volatile cryptos like Bitcoin. If you’re investing in crypto looking for long-term growth, experts recommend sticking with more established coins like Bitcoin or Ethereum. In anticipation of any coming guidance, you should also make sure to choose a cryptocurrency exchange that maintains compliance with evolving federal and state regulators in the United States. This includes many established, high-volume U.S.-based exchanges, like Coinbase and Gemini. “I only purchase my cryptocurrency assets from regulated brokers at this point, because we have the luxury of doing so. Of course in other countries they don’t have it, but we do,” says Danial.

Cryptocurrency ETFs While the government considers how to make it harder to use cryptocurrency for illicit activities and tax evasion, there is still no way for Americans to buy into crypto using more traditional investment accounts like those at a Fidelity or a Vanguard. The SEC has yet to approve a cryptocurrency ETF (exchange-traded fund) — despite several proposed funds from different institutions and exchanges —  but Gensler revealed on Tuesday that it may be coming. “We do it in the equity market, we do it in the bond markets, people might want it here,” Gensler said. While acknowledging there have already been SEC filings for ETFs, “I anticipate we’ll have some new ones under what’s called the Investment Companies Act — and when combined with other federal laws, the law provides significant investor protections,” he says. The Investing Companies Act requires companies, including mutual funds, to disclose information about their finances and investments on a “regular basis,” according to the SEC.

Until an ETF gets approved, “there’s not really a way to buy a security that closely tracks the price of a specific cryptocurrency,” says Jeremy Schneider, the personal finance expert behind Personal Finance Club. That means the only way for investors to really do that is to buy coins directly from an exchange. While there has been some confusion about whether cryptocurrencies are securities (and under SEC regulation), Gensler made clear that every initial coin offering (ICO) he has seen is a security: “Generally, folks buying these tokens are anticipating profits, and there’s a small group of entrepreneurs and technologists standing up and nurturing the projects … I believe we have a crypto market now where many tokens may be unregistered securities, without required disclosures or market oversight.” But Gensler reiterated that the SEC has jurisdiction, and “our federal securities laws apply.”

Cryptocurrency ETFs are not yet available in the U.S., but may offer a way for investors to get into cryptocurrency without having to buy directly from an exchange in the future. If you’re interested in crypto, these funds could help you diversify your holdings across different coins, like a conventional ETF or index fund. But they’re still just as speculative as any crypto investment; if you’re waiting for a Bitcoin ETF because you’re unwilling to take on the risk, you may want to reconsider whether crypto belongs in your portfolio at all. In the meantime, Gensler’s stance that every ICO is a security could mean investors should look to the SEC for protections as regulation becomes more concrete.