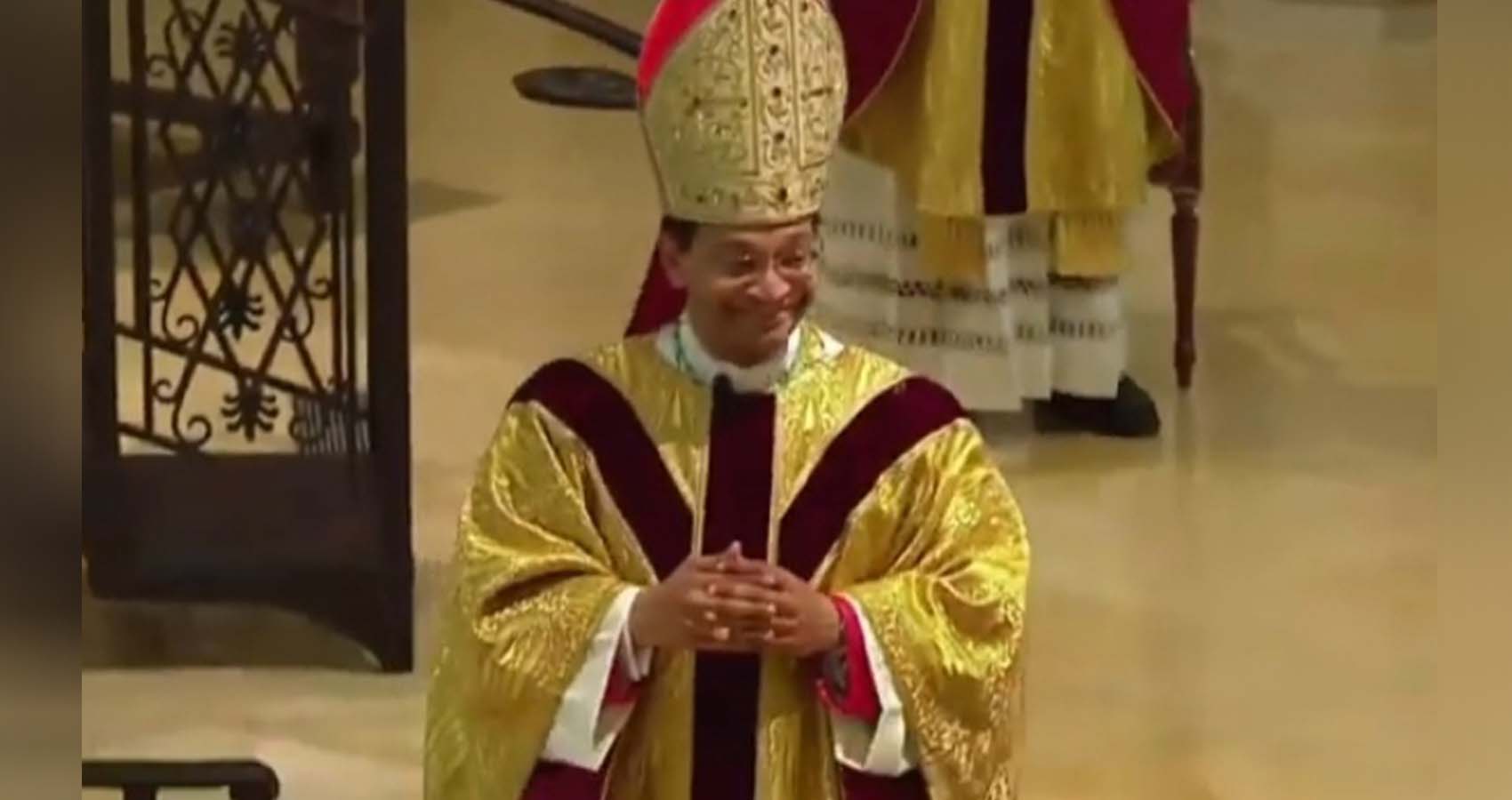 As the diocese’s 13th bishop, he succeeds Bishop Robert Brennan of the Diocese of Brooklyn, who returned to Ohio to conduct the consecration with Archbishop Dennis Schnurr of the Archdiocese of Cincinnati. At 49, he is the first of Indian-American heritage.

Bishop Robert Brennan lays hands on the head of his successor in the Diocese of Columbus, Bishop Earl Fernandes. Participating in the May 31 ordination and installation were Archbishop Christophe Pierre, the apostolic nuncio to the U.S. (left) and Archbishop Dennis Schnurr of the Archdiocese of Cincinnati. (Photo: Courtesy of The Catholic Times/Ken Snow)

Throughout these ceremonies, Bishop Fernandes beamed his trademark smile, but he took a serious tone as he addressed the congregation, stressing the urgency to bring more men into the priesthood. 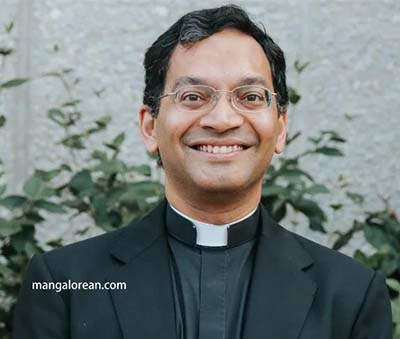 “I promise to work hard for you, to spill my blood for you,” he pledged. “But I bring to your attention that this year, in the Diocese of Columbus, there will be more bishops than priests ordained.

“We need a new Pentecost to set the world on fire,” he said. “We need missionaries and priests willing to make a gift to themselves in the service of the Gospel. I ask every man, woman, and child to pray for vocations to the priesthood, especially for our diocese.”

Family, friends, priests, religious men and women, and prelates from around the U.S. filled the church to celebrate the new bishop.

Archbishop Christophe Pierre, the apostolic nuncio to the United States, read the special letter from Pope Francis, informing everyone that the new bishop is eminently qualified and thus chosen by him, the Holy Father, to lead the Diocese of Columbus.

Bishop Fernandes followed Church tradition by proudly holding the apostolic letter aloft and parading it around the congregation for all to see. Thunderous applause ensued.

Bishop Fernandes was born Sept. 21, 1972, in Toledo, Ohio — the fourth of five sons of Sydney and Thelma Fernandes.

His late father was a physician, and Fernandes also entered medical school. But after two years, he chose the seminary and was ordained a priest in 2002.

Bishop Fernandes worked in numerous pastoral ministries, but he later became secretary of the Apostolic Nuncio staff from 2016 to 2019.

Immediately after his installation, his old boss, Archbishop Pierre, reached over and adjusted the new bishop’s distinctive headgear.

“I’m grateful for his paternal affection shown to me over the course of many years,” Bishop Fernandes said of Archbishop Pierre. “I am also grateful that he fixed my miter!”

On Monday evening, Bishop Brennan led the solemn vespers prayer service for his soon-to-be successor. “I want to thank Bishop Brennan and welcome him back to Ohio,” Bishop Fernandes said Tuesday. “I have big shoes to fill. He was here only briefly, but he lifted the morale of both the people and the clergy, and we are happy to have him back, if only for a few days.”

Pope Francis announced on April 2 that Bishop Fernandes would be the successor. At the time, Bishop Brennan called the announcement “great news indeed.”

“I couldn’t be happier for him and the Church in Columbus,” he said. On Tuesday, Bishop Brennan stated on social media that he was thankful to God to be back in Ohio for his successor’s installation.

“Knowing the faithful of this diocese, I am confident he will be a wonderful shepherd for God’s people in Columbus,” Bishop Brennan said. “With great joy and prayers, I congratulate Bishop Fernandes as he begins his episcopal ministry.”

Frail health prevented Bishop Fernandes’ mother from attending the ceremonies. He recalled breaking the news to her that Pope Francis chose him to be a bishop.

The Diocese of Columbus covers 23 counties in central and southern Ohio — about 11,310 square miles, with a Catholic population of about 207,000.

“I am so happy to be your shepherd and your brother, and I look forward to listening to you and to working with you in the Lord’s vineyard,” he said. “I want to work for you, though, so that you may exercise your ministry with joy. “I promise, I will be close to you.”