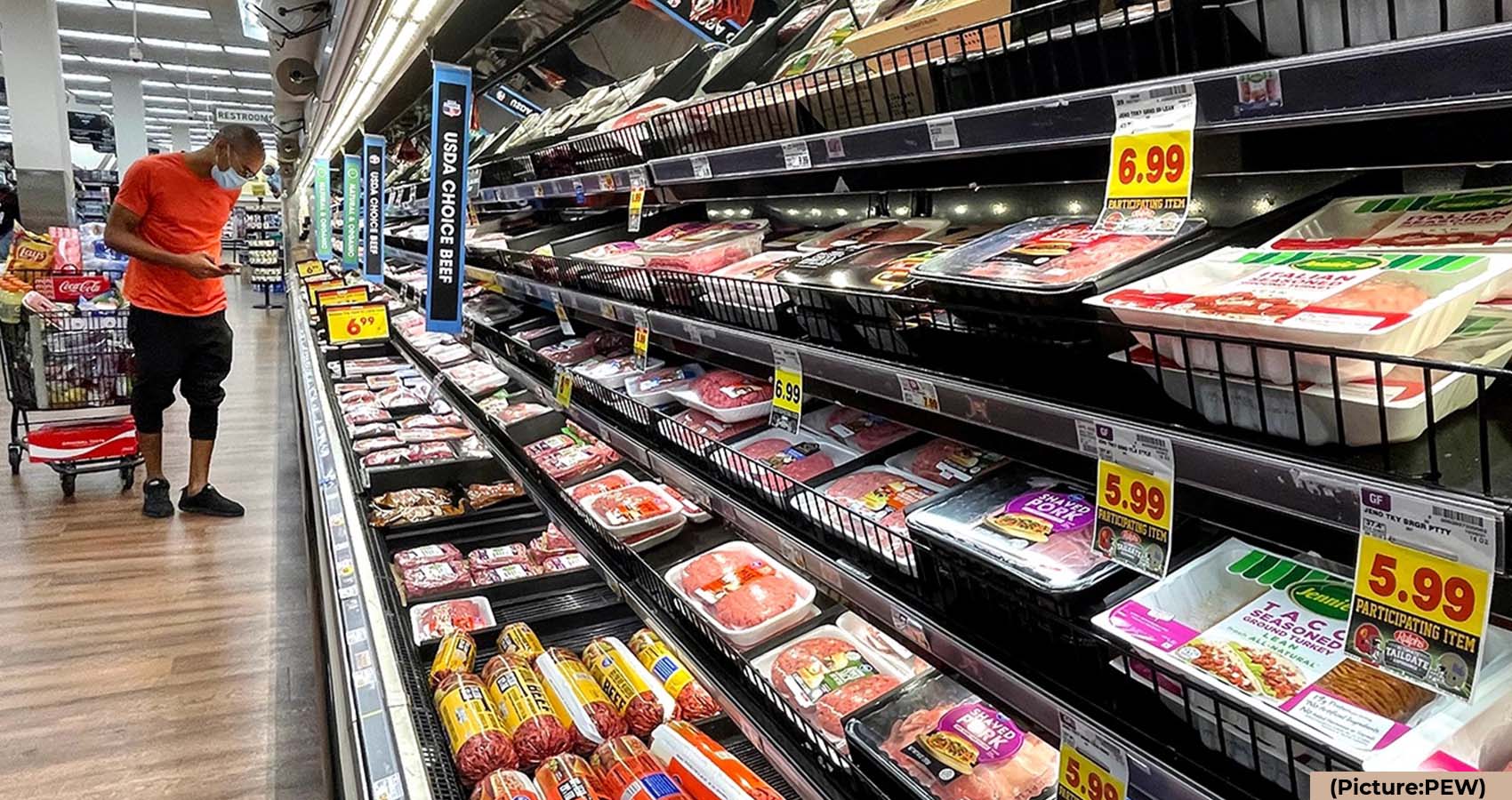 Americans who have been to the grocery store lately or started their holiday shopping may have noticed that consumer prices have spiked. The annual rate of inflation in the United States hit 6.2% in October 2021, the highest in more than three decades, as measured by the Consumer Price Index (CPI). Other inflation metrics also have shown significant increases in recent months, though not to the same extent as the CPI.

Understanding why the rate of inflation has risen so quickly could help clarify how long the surge might last – and what, if anything, policymakers should do about it. The recent acceleration in the rate of inflation appears to be fundamentally different from other inflationary periods that were more closely tied to the regular business cycle. Explanations for the current phenomenon proffered to date include continuing disruptions in global supply chains amid the coronavirus pandemic; turmoil in the labor markets; the fact that today’s prices are being measured against prices during last year’s COVID-19-induced shutdowns; and strong consumer demand after local economies were reopened. 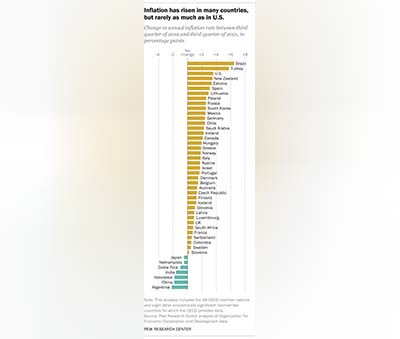 At least one thing is clear: A resurgent inflation rate is by no means solely a U.S. concern. A Pew Research Center analysis of data from 46 nations finds that the third-quarter 2021 inflation rate was higher in most of them (39) than in the pre-pandemic third quarter of 2019. In 16 of these countries, including the U.S., the inflation rate was more than 2 percentage points higher last quarter than in the same period of 2019. (For this analysis, we used data from the Organization for Economic Cooperation and Development, a group of mostly highly developed, democratic countries. The data covers the 38 OECD member nations, plus eight other economically significant countries.)

Regardless of the absolute level of inflation in each country, many show variations on the same pattern: relatively low inflation before the COVID-19 pandemic struck in the first quarter of 2020; flat or falling inflation for the rest of that year and into 2021, as many governments sharply curtailed most economic activity; and rising inflation in the second and third quarters of this year, as the world struggled to get back to something approaching normal. 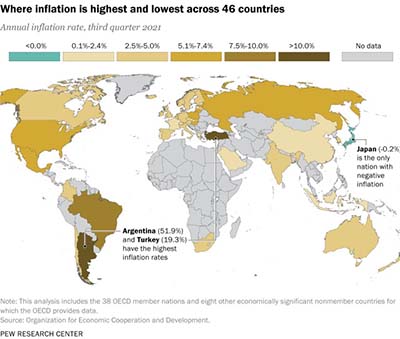 For most countries in this analysis, 2021 has marked a sharp break from what had been an unusually long period of low-to-moderate inflation. In fact, during the decade leading up to the pandemic, 34 of the 46 countries in the analysis averaged changes in inflation rates of 2.6% or lower. In 27 of these countries, inflation rates averaged less than 2%. The biggest exception was Argentina, whose economy has been plagued by high inflation and other ills for decades. The OECD has no data on Argentine inflation rates before 2018, but in the 2018-19 period it averaged 44.4%.

A few other countries have departed from the general dip-and-surge pattern. In Iceland and Russia, for instance, inflation has risen steadily throughout the pandemic, not just in more recent months.

In Indonesia, inflation fell early on and has remained at low levels. In Mexico, the inflation rate fell slightly during the 2020 lockdown period but returned quickly, hitting 5.8% in the third quarter of 2021, the highest level since the fourth quarter of 2017. And in Saudi Arabia, the pattern was reversed: The inflation rate surged during the height of the pandemic but fell sharply in the most recent quarter, to just 0.4%. 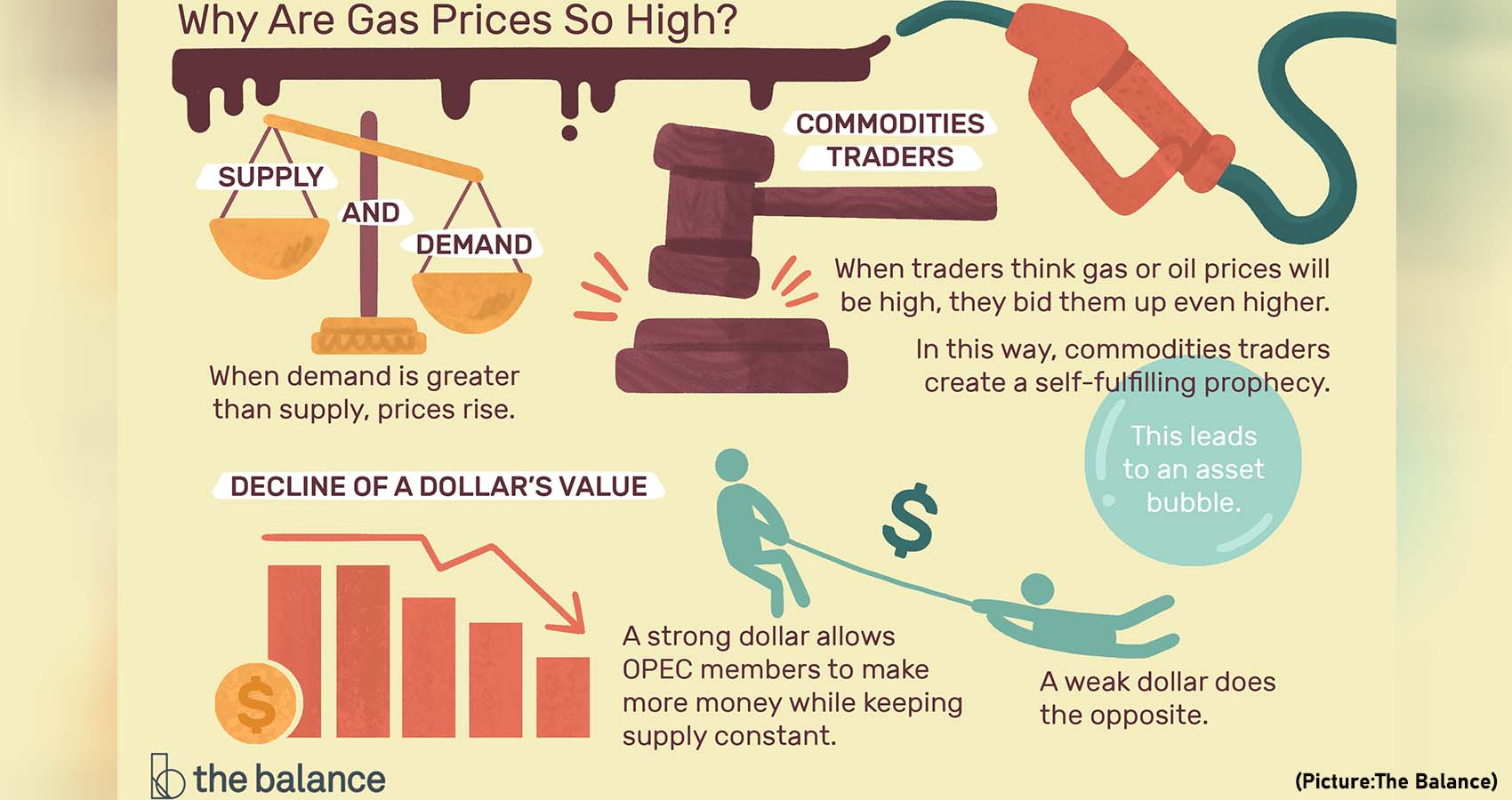 Americans are acutely sensitive to gasoline prices, especially when they’re on the rise. One reason, of course, is that we buy a lot of gas: an estimated 570 gallons this year for the average driver, which at current national average prices would cost close to $2,000. Also, gas prices are posted all over town on large signs – unlike, say, milk prices – and people typically buy gas on its own rather than as part of a larger shopping trip, making price changes more noticeable. And gas prices can and do swing sharply and unpredictably, in ways that can seem unconnected to the rest of the economy.

But looking just at the recent rise can be misleading, or at least incomplete. For one thing, a year ago the United States was battling yet another wave of COVID-19 cases, large parts of the economy were still shuttered and demand for gas was way down. Estimated consumption in 2020 was 534 gallons per driver, down 14.4% from 624 gallons in 2019. 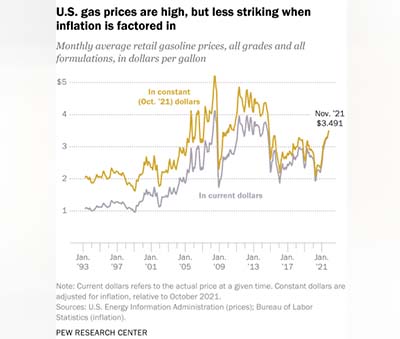 Also, the volatility of gas prices means they can go down as sharply and as suddenly as they go up. In the spring of 2020, as the COVID-19 pandemic sparked widespread lockdowns, the average gas price sank 27% between Feb. 24 and April 27. Since 1994, average gas prices have fluctuated between a low of 96.2 cents a gallon in February 1999 and a high of $4.114 in July 2008. The current average price, in fact, is almost exactly what it was in September 2014 – at least on a nominal basis.

When inflation is factored in, today’s prices appear more modest. In today’s dollars, gas cost an average of $5.20 a gallon in June 2008, and more than $4 as recently as September 2014.

Also, gasoline is not a single, uniform product. Besides regular, midgrade and premium gas, which differ by octane rating, there’s conventional and “reformulated” gas. The latter is required to be sold in California, along the Northeastern seaboard and in several other major urban areas to reduce smog and other air pollutants. 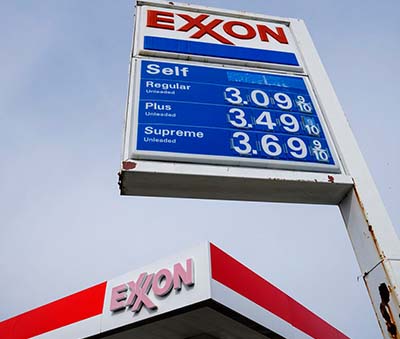 Where you buy gas also matters. Much of the U.S. petroleum industry is concentrated along the Gulf Coast, making it perhaps unsurprising that gas tends to be cheapest there. The average price in that region was $3.072 a gallon in late November, and in Texas it was also a hairsbreadth above $3.

By contrast, California almost always has the most expensive gas in the country. The state’s average price in late November was $4.642 a gallon, and in San Francisco it was $4.816. Besides the fact that California already uses pricier reformulated gas and has relatively high gas taxes and environmental fees, it is geographically far removed from other refining centers and relatively few fuel pipelines cross the Rocky Mountains to connect California’s refineries to the rest of the country.

Under normal conditions, the state’s refineries can produce enough gasoline to meet demand there, according to the California Energy Commission. But if refineries go offline due to weather, accidents or mechanical breakdowns, the state typically imports gasoline from overseas – adding to the price because of the cost of marine shipments.