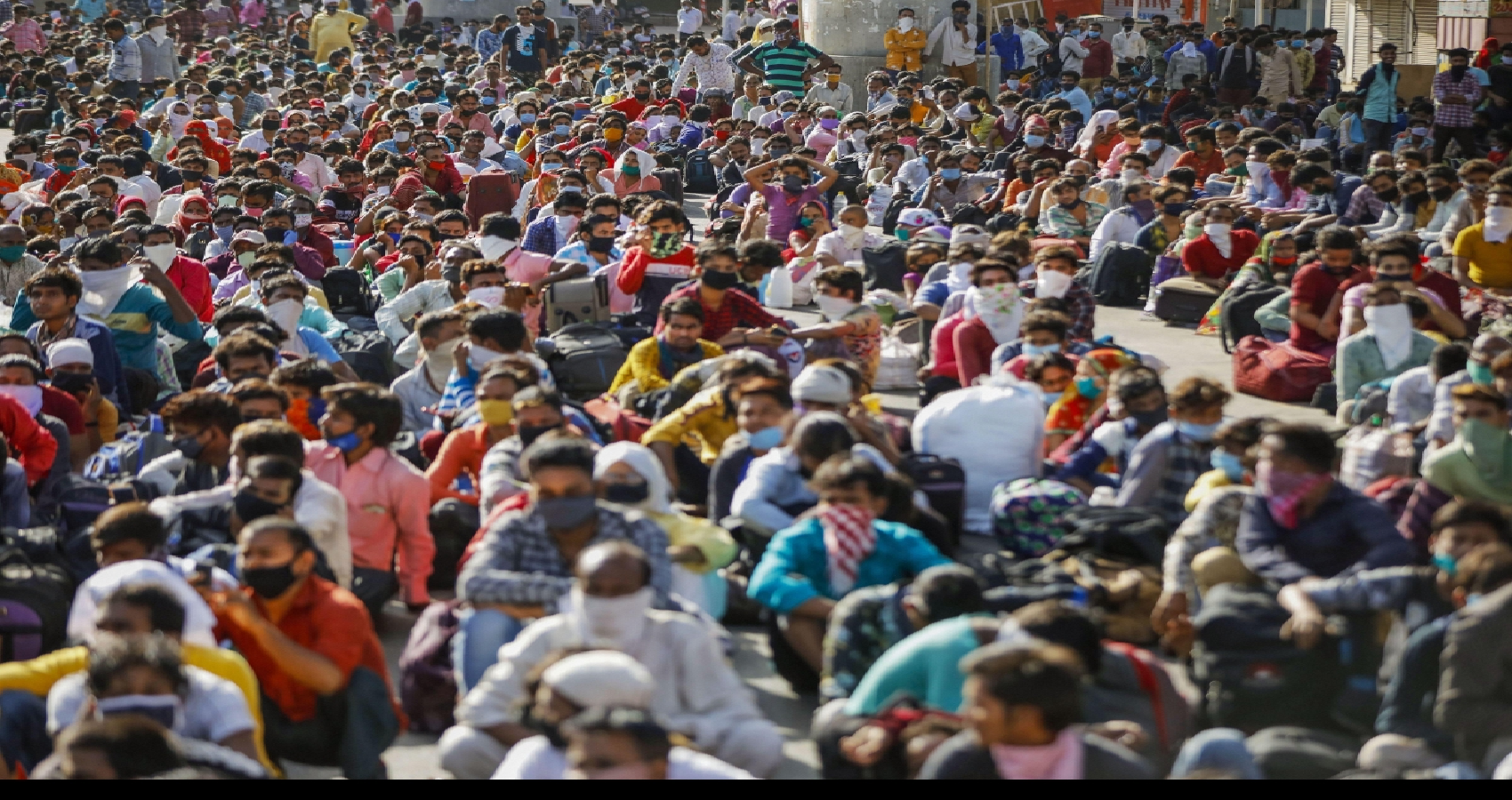 The second wave of Covid-19, with the spiraling cases and deaths across cities and towns, making India currently the world’s worst pandemic-affected country, have now dented India’s Prime Minister Narendra Modi’s image in India and around the world for the poor vision, poor planning, and mismanagement of the most deadly virus in over a century.

With over 350,000 new coronavirus cases daily and more than 2,000 people dying every 24 hours, the situation has become too tumultuous for Modi, the leader of Hindutva or Hindu nationhood. The daily increase in cases has forced many Indians to raise their eyebrows about the governance efficiency of Modi, hitherto considered the superhero and a catalyst of good governance.

Modi’s government has faced criticism that it let its guard down, allowed big religious and political gatherings to take place when India’s cases plummeted to below 10,000 a day and did not plan on building up the healthcare systems. Hospitals and doctors have put out urgent notices that they were unable to cope with the rush of patients.

India’s surge is expected to peak in mid-May with the daily count of infections reaching half a million, the Indian Express said citing an internal government assessment. V.K. Paul, a COVID-task force leader, made the presentation during a meeting with Modi and state chief ministers and said that the health infrastructure in heavily populated states is not adequate enough to cope, according to the media reports.

The Guardian, a popular Western publication wrote in an editorial this week: “At the beginning of March, the Hindu nationalist government of Narendra Modi claimed the country was in Covid-19’s “endgame”. India is now in a living hell. A new “double mutant” variant, named B.1.617, has emerged in a devastating coronavirus second wave which has seen hospitals run out of beds and oxygen. Mortuaries are so full that bodies are justify to decompose at home. Charities warn that the dead risk being justify on the streets.”

The second wave of cases has been made more deadly by oxygen shortages in hospitals. An investigation by Indian news website Scroll.in revealed that the country’s government waited until October 2020, eight months after the pandemic began, to invite bids for a $27 million contract to place oxygen generation systems inside more than 150 district hospitals. Six months later, most still aren’t up and running. Several states across the nation have expressed despair as most hospitals have run short of Oxygen. 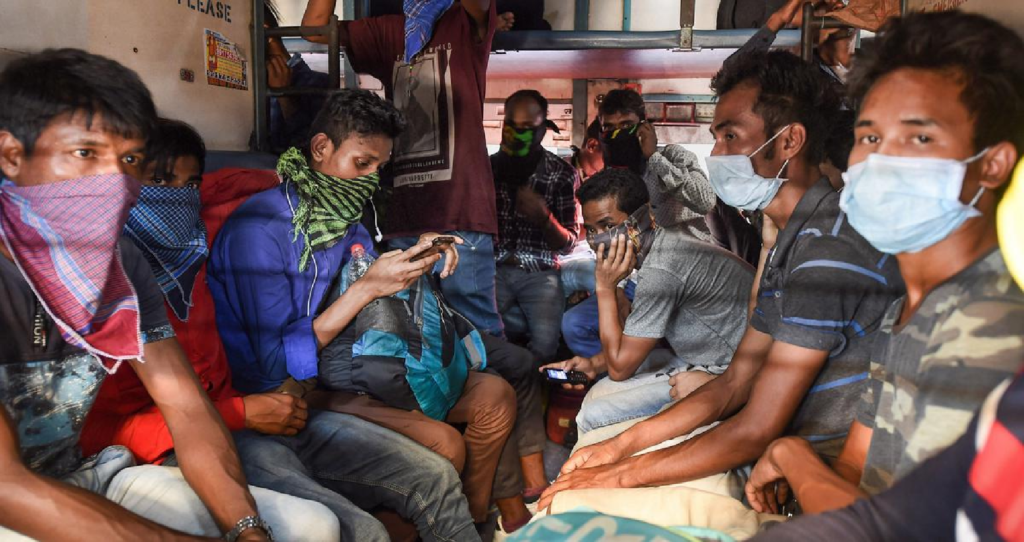 “India is in the ICU and those who put her there now spend their time trying to shift the blame. The change from ‘victory’ over Covid to gasping for oxygen began in the last week of January this year when the Prime Minister proudly declared that India had not only defeated the pandemic but had been an inspiration for other countries. He then proceeded to personally oversee vaccine exports to needy countries and his Minister of External Affairs boasted about it. After this ‘victory’, the Prime Minister and Home Minister spent their time organizing a blitzkrieg of election rallies in West Bengal and Assam without wearing masks and while exhorting large crowds to gather,” wrote columnist Tavleen Singh in The Indian Express.

If you’ve been tempted to think the pandemic is over, journalist Rana Ayyub’s reporting from India will prove you sorely mistaken. “If the apocalypse had an image,” she writes for TIME, “it would be the hospitals of India.” India’s sheer volume of cases is contributing to that unimaginable death toll, but there are extenuating factors, too. Oxygen supplies are running out across the country, in part because the Indian government waited until October 2020 to seek contracts for installing oxygen generation systems in many hospitals, Ayyub reports. Some are still not working today, leaving critically ill patients without the thing they need most as their lungs fail.

A recent story in TIME magazine titled, “’This Is Hell.’ Prime Minister Modi’s Failure to Lead Is Deepening India’s COVID-19 Crisis” pointed out how India has mismanaged and sent misleading messages. “The Uttarakhand chief minister declared on March 20, “nobody will be stopped in the name of COVID-19 as we are sure the faith in God will overcome the fear of the virus.” It wasn’t until mid-April that Hindu nationalist Prime Minister Narendra Modi tweeted that participation in the pilgrimage should be kept “symbolic” to combat the pandemic. Is it any wonder that the festival has become a super-spreader event?”

But the statement by Modi came too late. Mega political rallies in poll bound states, led by Modi himself and his party leaders in several states has been stated to be instrumental in spiking the covid cases across India. Hundreds of thousands of Hindu devotees showed up each day for a dip in the Ganges as part of the Kumbh Mela pilgrimage in Haridwar, Uttarakhand. Millions of worshippers have participated in the weeks-long festival since the first day of bathing on March 11, despite clear evidence that thousands are testing positive for the virus after attending. In the space of just a few days in mid-April, more than 1,600 cases were confirmed among devotees. In March, when the second wave was already underway, state leaders from the ruling Bharatiya Janata Party (BJP) published full-page ads in national newspapers telling worshippers it was “clean” and “safe” to attend.

Last week, as India reported the highest number of daily cases of anywhere in the world, the ruling Bharatiya Janata Party tweeted a video of one of Modi’s political rallies. Alongside Modi was his close confidante and home minister, Amit Shah. In theory, Shah should have been in the capital, coordinating with various state governments on how to deal with the devastating spike in COVID-19 cases over the past few weeks. Instead, Shah has been holding roadshows with thousands of joyous crowds on the streets of West Bengal which is in the midst of elections to the state Assembly. “Since January, Modi has organized mass political rallies in various states and has allowed religious events like the Kumbh Mela to go ahead, while his party continued with its dog-whistle campaigns against Indian minorities,” TIME reported.

The Guardian wrote: “Like Donald Trump, Mr Modi would not give up campaigning while the pandemic raged. India went ahead with five state elections in April, and an unmasked Mr Modi held huge rallies. Mr Modi’s brand of Indian exceptionalism bred complacency. A presumption of national greatness has led to a lack of preparedness, most notably in vaccine production.”

“The country has been too complacent and relaxed for too long. Now we are paying the price for that negligence,” Archbishop Prakash Mallavarapu, chairman of the Healthcare Commission of the Catholic Bishops’ Conference of India (CBCI), told the Register.  “There has been certainly a big lapse from the complacent government and the general public, paying scant regard for the social-distance norms while the state machinery ignored enforcing norms,” said Archbishop Mallavarapu, whose Visakhapatnam Archdiocese in located in the state of Andhra on the east coast of India.

TIME criticized states that are attempting to hide the death rate. “In the state of Uttar Pradesh workers were pictured covering the crematorium with tin sheets. Priyanka Gandhi, of the opposition Congress party, accused local authorities of hiding the truth.” In Gujarat, the Prime Minister’s home state, crematoriums are burning day and night, while the state refuses to acknowledge the high number of deaths. The Gujarat high court has demanded the state government reveal the accurate count of COVID-19 patients and deaths,” TIME pointed out.

Jesuit Father Cedric Prakash, an internationally known social activist based in Modi’s home state of Gujarat, was much more unsparing is his choice of words, when asked for his reaction to the calamity that has gripped the nation. “Absolutely abominable,” Father Prakash described the situation on the ground in Gujarat. Among over two dozen Christians who have died of COVID in Gujarat were five of his Jesuit confreres, who died on April 17 alone. A week earlier, another eminent Jesuit, Father Varghese Paul, former president of the Indian Catholic Press Association and mentor of dozens of writers in Gujarat, also died of COVID at the age of 78.

“The government is blatantly lying on official figures of the grim reality,” said Father Prakash, endorsing the media reports that exposed the underreporting of deaths in Gujarat and several other Indian states. “They play down deaths and the number of infected by the pandemic.” While the Gujarat government acknowledged only 78 deaths on April 16, national daily The Hindu reported cremation of 689 bodies in seven cities alone under COVID protocol in the state, in an article titled, “COVID-19 Deaths in Gujarat Far Exceed Government Figures.”

“The situation is miserable here. Many are dying. I know an entire Christian family that has been wiped out. One of our young bishops is also in hospital with COVID,” Bishop Chacko Thottumarickal of Indore, in Madhya Pradesh state in central India, told the Register.  “The media reports here routinely challenge the government death figures, with some networks challenging the actual figures to be several times higher,” said Bishop Thottumarickal, the former chairman of the Office for Communication of the Federation of Asian Bishops’ Conferences.

In the race to produce and secure vaccines for the 1.4 Billion Indians, Modi regime failed miserably. India invested too little in vaccine against Covid production. While epidemiologists, specialists and opposition leaders have long urged Modi to give approvals for foreign vaccines, the decision to give emergency use license to the Russian manufactured Sputnik V vaccine was only taken in the second week of April. Against the skepticism for vaccines by a vast majority of Indian, Modi government has done too little to reinforce public health messaging. In West Bengal, where Modi himself has been campaigning, the BJP Chief has advocated drinking cow urine to treat COVID-19.

The net result of all these is: People are dying in their hundreds in India because of a lack of medical oxygen and other supplies in the country’s overloaded hospitals. The healthcare system is collapsing as India records more than 350,000 new coronavirus cases each day and thousands lose their lives daily.

“The Indian prime minister suffers from overconfidence in his own instincts and pooh-poohs expert advice,” The Guardian wrote. “His ministers turned on a former Congress prime minister for daring to offer them counsel just before he was admitted to hospital with Covid this week.” Guardian was referring to the recommendations suggested by Manmohan Singh, former Prime Minister of India.

As this COVID-19 “tsunami” floods across the nation, a chorus of protest has erupted from opposition parties, social-action networks and the media, challenging the government’s lack of foresight. One of the most prominent is a report by The Times that accuses the BJP government led by Prime Minister Narendra Modi of “floundering” in the face of the giant surge in cases. Another media account accuses the Indian government of indulging in “vaccine diplomacy” by exporting more than 60 million COVID vaccines to 84 countries at the cost of Indian citizens while the country’s own vaccination centers are crippled by vaccine shortages.

“This is the first time Modi has been on the receiving end and he may have to pay a political price. It is also the first time that India has experienced a catastrophe of such magnitude,” a political analysts wrote recently. “Thus, it may not be wrong to suggest that it would be far from easy for Modi to remake and reshape the politics of the Bharatiya Janata Party (BJP), say some skeptics. And the skepticism has come not without good reason.”

His critics are already predicting doomsday. Many have gone vocal demanding the prime minister’s resignation. On social media and in general discussions, the refrain is that the limit of good governance under Modi has been reached. At this critical juncture in its history, Indians have been justify to fend for themselves.