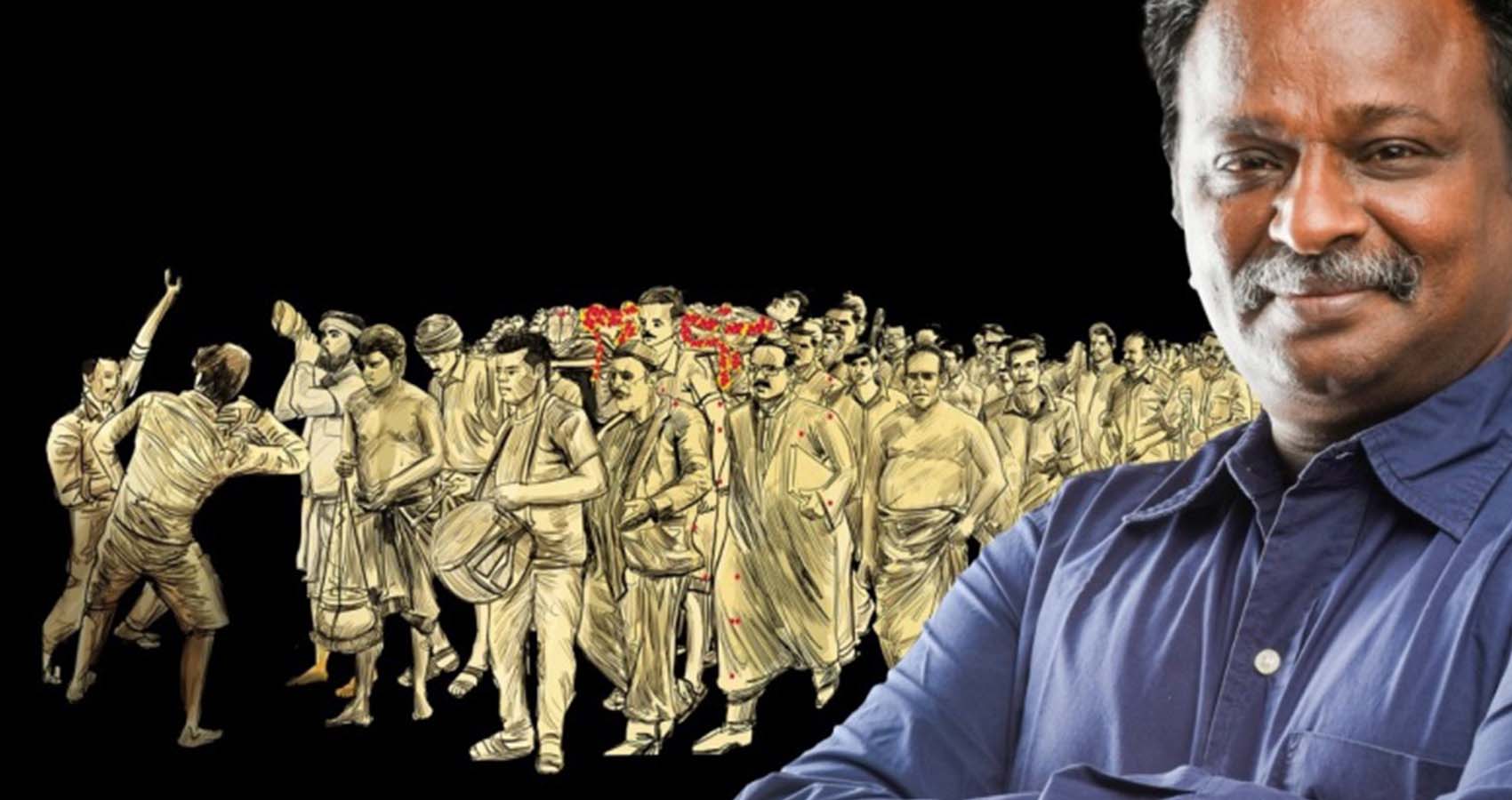 ‘Anti-Indian’ stands as a testimony to Director ‘Blue Sattai’ Maran’s courage. Not many would have chosen to do what he has done — respond to a challenge thrown at him by those offended by his reviews and accept to make a film to show that it is not as difficult to make a meaningful film as it is made out to be.

Not just that. Maran’s courage is again evident from the sensitive subject he has chosen to deal with in his debut film. ‘Anti-Indian’ shows up unapologetically the manipulative games religious and political leaders play for their selfish gains. 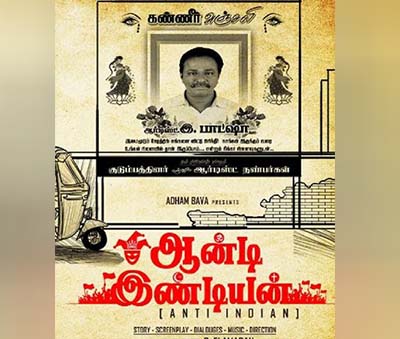 The film starts off with a murder taking place in a constituency that is gearing up for a by-election. The murdered man is identified as Basha (Blue Sattai Maran) and we are told that while Basha’s late father is Ibrahim, his mother Saroja (Vijaya Mami) is a Hindu.

Interestingly, Saroja has now converted to Christianity and has changed her name to Lourdu Mary. The problem starts when Basha’s body is taken for burial.

His body is not permitted in the Muslim burial ground because he was not a practising Muslim. The Hindus refuse his body as it is that of a Muslim. As the body is taken from place to place, religious leaders of all hues, with their own agendas, begin to play manipulative games. Even as this continues, politicians who are looking to win the election, join in with their own deadly plans.

The film takes hard shots at everybody without holding back anything. From religious leaders of all denominations to political bosses, everybody’s agenda is exposed. The film’s biggest strength comes from its script and its dialogues, some of which really stand out.

For instance, there is this scene towards the end where a commoner says: “You had one body and you killed 13 people with it. Now, you have 13 bodies. One wonders what all you are going to do now.”

Technically, ‘Anti-Indian’ is below par. It has no entertainment value. Its visuals aren’t great. The only songs in the film are ‘gaana’ songs, which, after a point, become annoying.

Granted, the director is trying to showcase the exhaustion that even ‘gaana’ singers who are brought in to mourn experience because of the delay in burying the body. But for the viewers, it becomes a tad too much.

As a story, ‘Anti-Indian’ has a very pertinent point to make. But as an entertainer, it has almost nothing to offer.

If you are the sort who enjoys a story that is radically different from your regular kind of films and don’t mind sacrificing commercial elements for a strong message, then ‘Anti-Indian’ is likely to work for you.

But with all its flaws, one must still say that ‘Anti-Indian’ works for the simple reason that this is a brave new attempt into unchartered waters by a debut director.