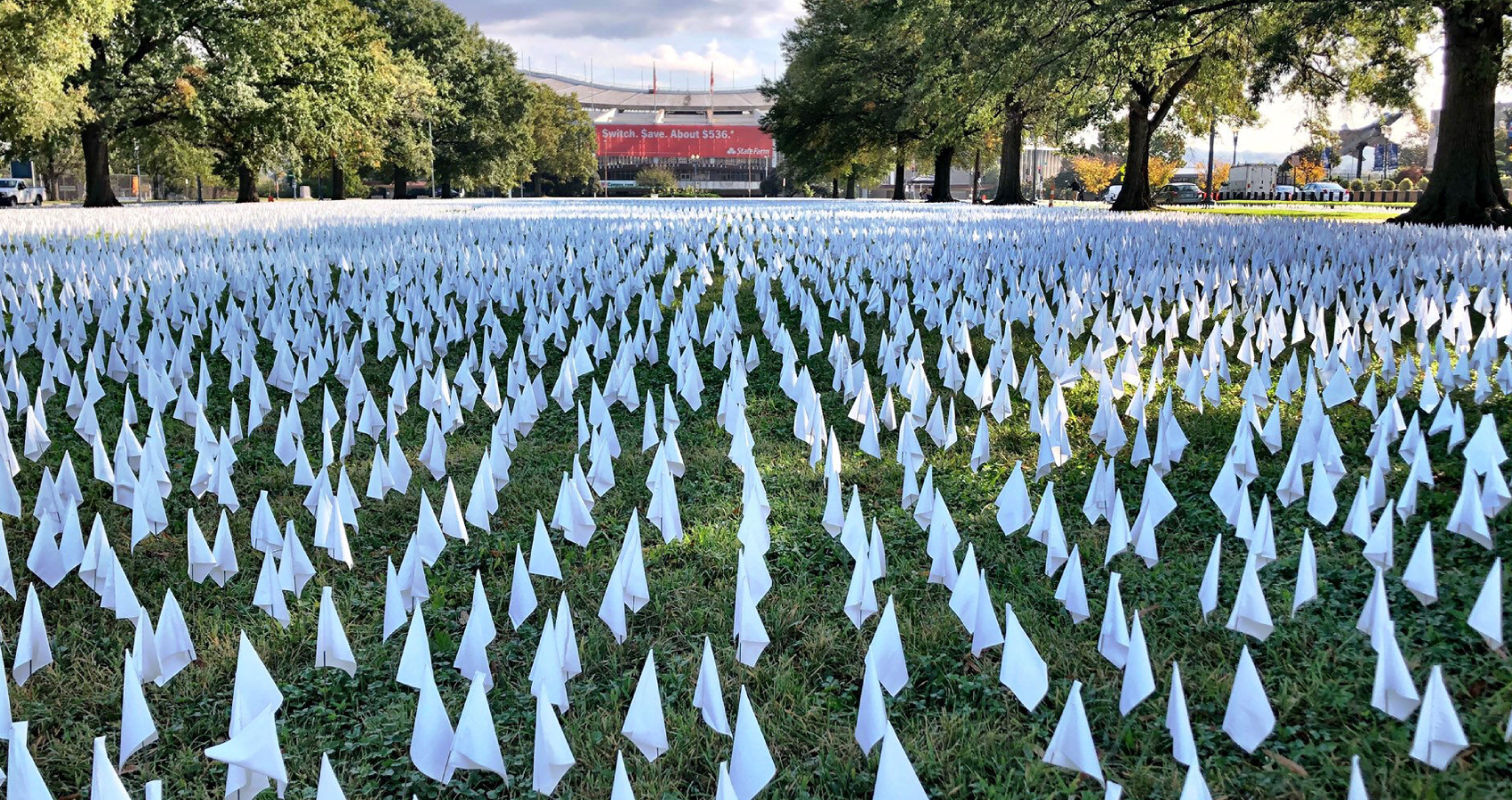 After a year that has darkened doorways across the U.S., the pandemic surpassed a milestone Monday that once seemed unimaginable, a stark confirmation of the virus’s reach into all corners of the country and communities of every size and makeup.

The United States has recorded its unfathomable 500,000th death from Covid-19 paradoxically at a moment of rare hope in the pandemic. Yet the tragic landmark has occurred even as the United States makes all efforts under the Biden-Harris administration to stop the spread and prevention of Covid pandemic across the nation.

The toll, accounting for 1 in 5 deaths reported worldwide, has far exceeded early projections, which assumed that federal and state governments would marshal a comprehensive and sustained response and individual Americans would heed warnings.

The symbolic power of the half a million figure emphasizes the horror of the nightmare that seized the country a year ago. On February 23, 2020, ex-President Donald Trump crowed that “we have it very much under control” and “we’ve had no deaths,” revealing his unpreparedness for the disaster that was about to unfold on his watch.

In a contrast to the former President, who rarely shouldered the nation’s collective grief, President Joe Biden and first lady Jill Biden plan to mark the 500,000th American death from Covid-19 with a candle-lighting ceremony at the White House Monday that will include Vice President Kamala Harris and her husband Doug Emhoff.

The crisis swept away one President — who didn’t sufficiently prioritize the health of his nation over his own political prospects — and is now testing another, who is vowing this week to be “laser focused” on a $1.9 trillion Covid relief package designed to hasten the end of the pandemic and to ease its awful economic consequences.

A warning from Dr. Anthony Fauci on CNN Sunday that Americans could be wearing masks into 2022 came as leading medical associations pleaded for extended vigilance from people exhausted by months of self-isolating and the punishing economic impact of the worst public health calamity in 100 years. But the national dichotomy between fear and hope was exemplified by an announcement that more vaccines than ever are being sent to states and a fast ebbing of new cases of the novel coronavirus across most of the country.

“It’s terrible, it’s really horrible,” Fauci, the government’s top infectious diseases specialist, told CNN’s Dana Bash on “State of the Union.” “People decades from now are going to be talking about this as a terribly historic milestone in the history of this country, to have these many people to have died from a respiratory-borne infection,” Fauci said.

“It’s very hard for me to imagine an American who doesn’t know someone who has died or have a family member who has died,” said Ali Mokdad, a professor of health metrics at the University of Washington in Seattle. “We haven’t really fully understood how bad it is, how devastating it is, for all of us.”

Experts warn that about 90,000 more deaths are likely in the next few months, despite a massive campaign to vaccinate people. Meanwhile, the nation’s trauma continues to accrue in a way unparalleled in recent American life, said Donna Schuurman of the Dougy Center for Grieving Children & Families in Portland, Oregon.

Perhaps more than at any previous moment of the current crisis, there are reasons for optimism that even if normality is months away, the hopelessness of the darkest winter in modern American history may be lifting.

New Covid-19 cases are falling sharply across the country, amazingly down by a quarter week-on-week. Deaths, a lagging indicator, are also beginning to ease. The vaccine effort is cranking up and is likely to overcome a slowdown caused by a blitz of winter weather by the middle of the week. More than 63 million vaccine doses have been administered and Biden says there will be enough shots available for every American by the end of July. More studies suggest that the Moderna and Pfizer vaccines authorized in the US may also prevent infection and not just symptomatic disease, a key factor in ending the pandemic. The arrival of spring in a few weeks, and warmer weather that makes it harder for the virus to spread, may bring more than the usual sense of renewal this year.

Still, there are many reasons to be cautious. The arrival in the US of viral variants from the UK and South Africa underscores how the country is in a race against time to vaccinate before the virus mutates further. New US Centers for Disease Control and Prevention data on Sunday showed 1,700 cases in the US of the fast-spreading variants, which experts fear could dominate home-grown infections within weeks. And the struggle to open schools after some kids have been stuck in nearly a year of online learning is a lesson in just how difficult it will be to get the economy and the country fully and safely open again.

The uncertainty was one reason why Fauci said that it was “possible” mask wearing might still be necessary into 2022, depending on the level of virus that remains in the community over the next year or so. “When it goes way down, and the overwhelming majority of the people in the population are vaccinated, then I would feel comfortable in saying, we need to pull back on the masks, we don’t need to have masks,” Fauci said.