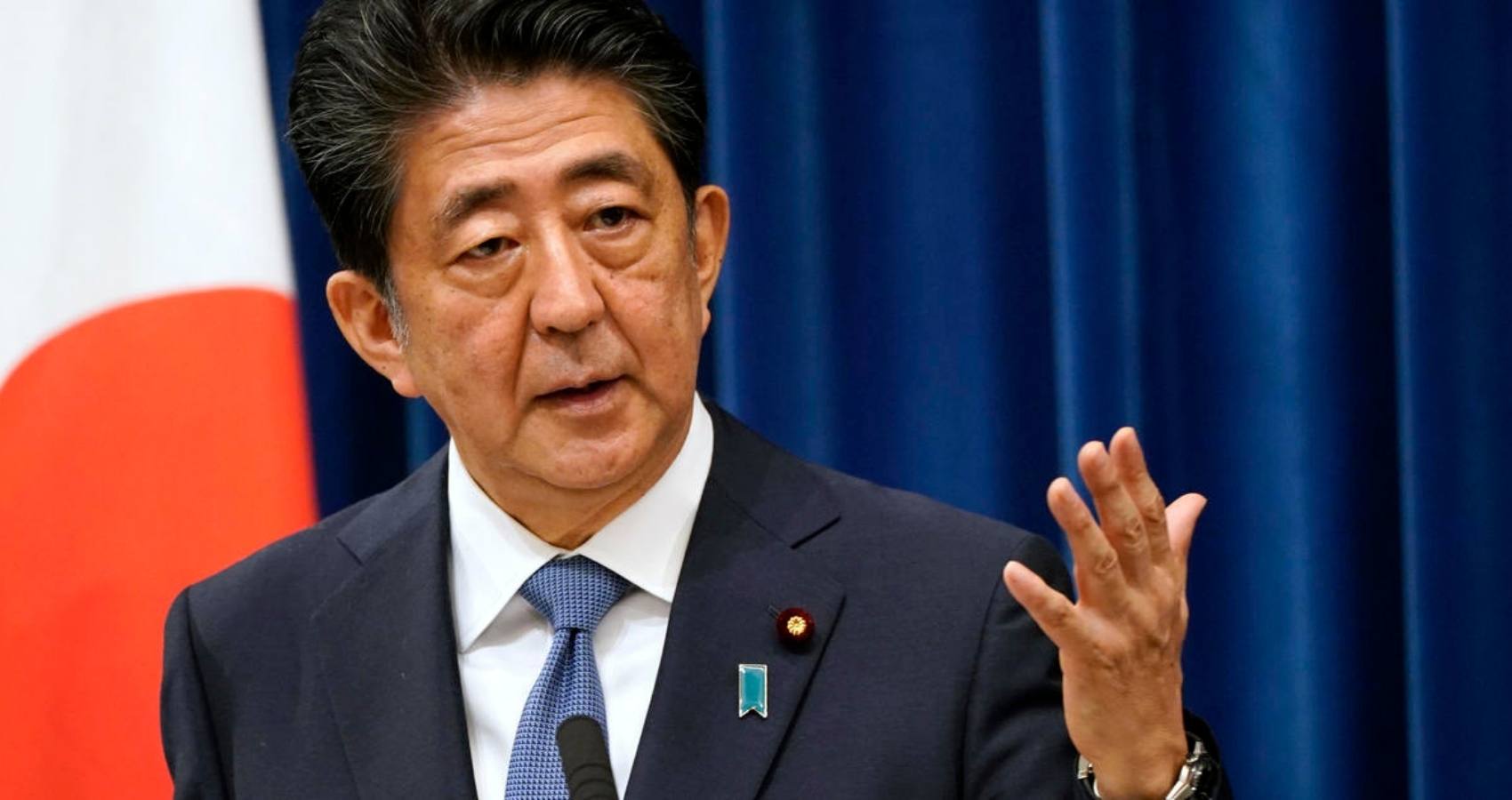 Three after Japan’s former Prime Minister Shinzo Abe was felled by a cowardly assassin in the course of a campaign trail for elections to the Upper House, the governing party and its coalition partner scored a major victory in a parliamentary election Sunday, July 10, 2022, possibly propelled by sympathy votes in the wake of the assassination.

Abe was shot in Nara on Friday, June 8th and was airlifted to a hospital but died of blood loss. Police arrested a former member of Japan’s navy at the scene and confiscated a homemade gun. Several others were later found at his apartment.

He became Japan’s youngest prime minister in 2006, at age 52. But his overly nationalistic first stint abruptly ended a year later, also because of his health, prompting six years of annual leadership change. He returned to office in 2012, vowing to revitalize the nation and get its economy out of its deflationary doldrums with his “Abenomics” formula, which combines fiscal stimulus, monetary easing and structural reforms. He won six national elections and built a rock-solid grip on power.

Early results in the race for the parliament’s upper house showed Abe’s governing party and its junior coalition partner Komeito securing a majority in the chamber and adding more. The last day of campaigning on Saturday, a day after Abe was gunned down while delivering a speech, was held under heightened security as party leaders pledged to uphold democracy and renouncing violence.

According to reports, preliminary vote counts showed the governing Liberal Democratic Party on track to secure a coalition total of at least 143 seats in the 248-member upper house, the less powerful of the two chambers. Up for election was half of the upper house’s new six-year term. With a likely major boost, Prime Minister Fumio Kishida stands to rule without interruption until a scheduled election in 2025.

That would allow Kishida to work on long-term policy goals such as national security, his signature but still vague “new capitalism” economic policy, and his party’s long-cherished goal to amend the U.S.-drafted postwar pacifist constitution.

“It was extremely meaningful that we carried out the election,” Kishida said. “Our endeavor to protect democracy continues.” Kishida welcomed early results and said responses to COVID-19, Russia’s invasion of Ukraine and rising prices will be his priorities. He said he will also steadily push for reinforcing Japan’s national security as well a constitutional amendment.

Mourners visited the LDP headquarters to lay flowers and pray for Abe as party officials prepared for vote counting inside. “We absolutely refuse to let violence shut out free speech,” Kishida said in his final rally in the northern city of Niigata on Saturday. “We must demonstrate that our democracy and election will not back down on violence.”

The suspect, Tetsuya Yamagami, told investigators he acted because of Abe’s rumored connection to an organization that he resented, police said, but had no problem with the former leader’s political views. The man had developed hatred toward a religious group that his mother was obsessed about and that bankrupted a family business, according to media reports, including some that identified the group as the Unification Church.

Even after stepping down as prime minister in 2020, Abe was highly influential in the LDP and headed its largest faction. His absence could change the power balance in the governing party that has almost uninterruptedly ruled postwar Japan since its 1955 foundation, experts say.

Abe will be remembered for boosting defense spending and pushing through the most dramatic shift in Japanese military policy in 70 years. In 2015, his government passed a reinterpretation of Japan’s postwar, pacifist constitution, allowing Japanese troops to engage in overseas combat — with conditions — for the first time since World War II.

“This could be a turning point” for the LDP over its divisive policies on gender equality, same-sex marriages and other issues that Abe-backed ultra-conservatives with paternalistic family values had resisted, said Mitsuru Fukuda, a crisis management professor at Nihon University.

Japan’s current diplomatic and security stance is unlikely to be swayed because fundamental changes had already been made by Abe. His ultra-nationalist views and pragmatic policies made him a divisive figure to many, including in the Koreas and China.

Abe stepped down two years ago blaming a recurrence of the ulcerative colitis he’d had since he was a teenager. He said he regretted leave many of his goals unfinished, including the issue of Japanese abducted years ago by North Korea, a territorial dispute with Russia, and a revision of Japan’s war-renouncing constitution that many conservatives consider a humiliation, because of poor public support.

Abe was groomed to follow in the footsteps of his grandfather, former Prime Minister Nobusuke Kishi. His political rhetoric often focused on making Japan a “normal” and “beautiful” nation with a stronger military through security alliance with the United States and bigger role in international affairs.

Japan is known for its strict gun laws. With a population of 125 million, it had only 21 gun-related criminal cases in 2020, according to the latest government crime paper. Experts say, however, some recent attacks involved use of consumer items such as gasoline, suggesting increased risks for ordinary people to be embroiled in mass attacks. The cancer of gun violence is spreading. The former Prime Minister of Japan Shinzo Abe was felled by a cowardly assassin in the course of a campaign trail for elections to the Upper House.

Abe had argued the change was needed to respond to a more challenging security environment, a nod to a more assertive China and frequent missile tests in North Korea. During his term, Abe sought to improve relations with Beijing and held a historic phone call with Chinese leader Xi Jinping in 2018. At the same time, he tried to counter Chinese expansion in the region by uniting Pacific allies.

After leaving office, Abe remained head of the largest faction of the ruling LDP and remained influential within the party. He has continued to campaign for a stronger security policy and last year angered China by calling for a greater commitment from allies to defend democracy in Taiwan. In response, Beijing summoned Japan’s ambassador and accused Abe of openly challenging China’s sovereignty.

Abe was a prominent figure on the world stage. He cultivated strong ties with Washington — Tokyo’s traditional ally. Abe hailed the US-Japan alliance and said he wanted to “build trust” with the new President. He strongly supported Trump’s initial hard line on North Korea, which matched Abe’s own hawkish tendencies.

More successful was Abe’s handling of the abdication of Emperor Akihito, the first Japanese monarch to step down in two centuries. He was succeeded by his son, Emperor Naruhito, in October 2019, starting the Reiwa era.

“Like the flowers of the plum tree blooming proudly in spring after the cold winter, we wish the Japanese people to bloom like individual flowers with the (promise of the) future. With such a wish for Japan, we decided upon ‘Reiwa’,” Abe said on announcing the new era.

Abe is survived by his wife Akie Abe, née Matsuzaki, who he married in 1987. The couple did not have children.