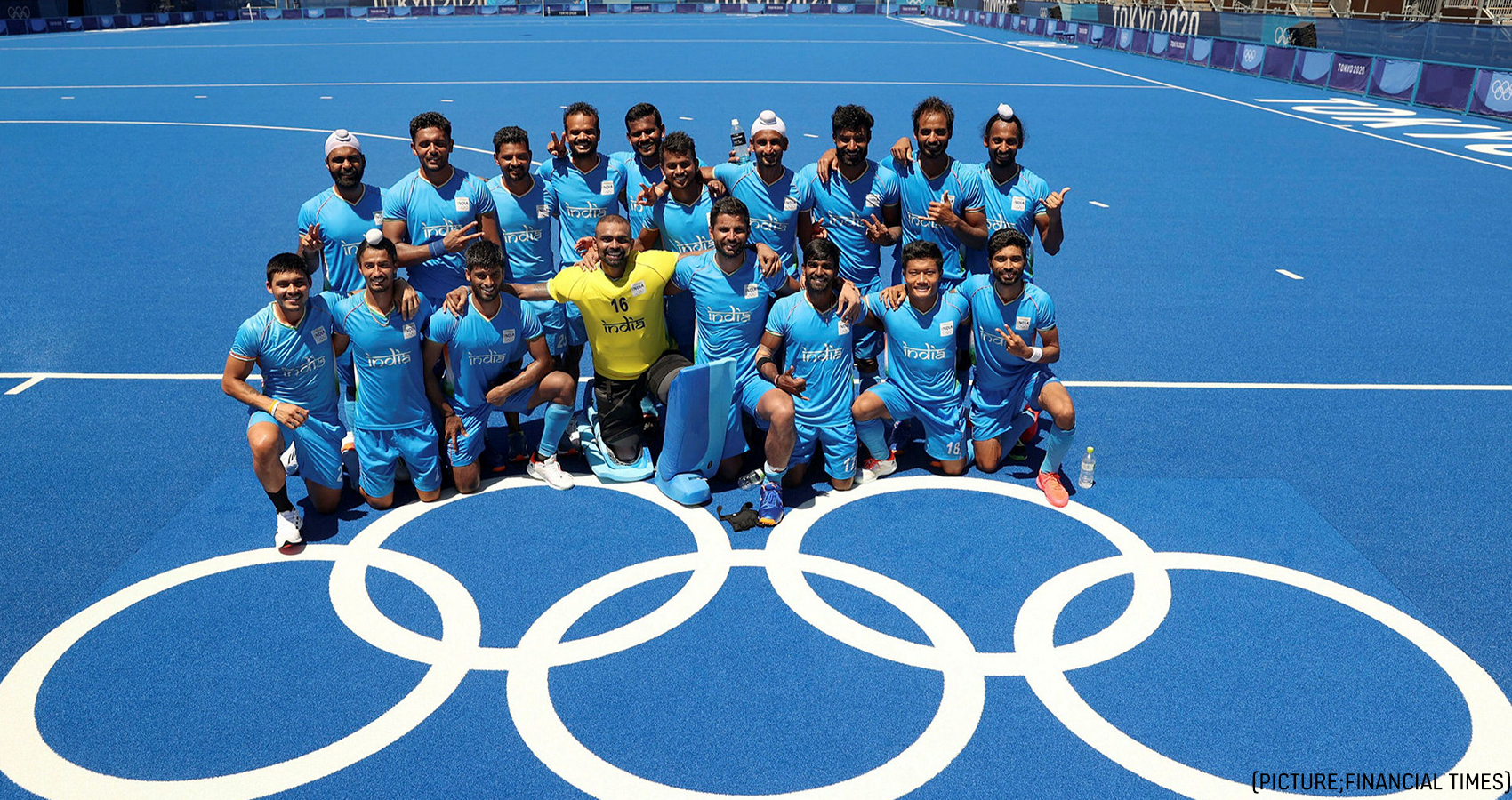 Ending the long drought, India’s hockey team has come home with an Olympic medal in 2021. The dreams of billions of hockey fans came true when India bagged a historic bronze medal in the Tokyo Olympics, beating Germany 5-4 in an edge-of-the-seat thriller to claim its first medal in 41 years that will hopefully revive the sport’s fortunes in a country that is considered the spiritual home of the game on August 5th. India last won an Olympic medal in 1980 — a gold in Moscow. The Olympic men’s field hockey is the country’s first medal in that sport since 1980 – a decade before any of the current players were even born. 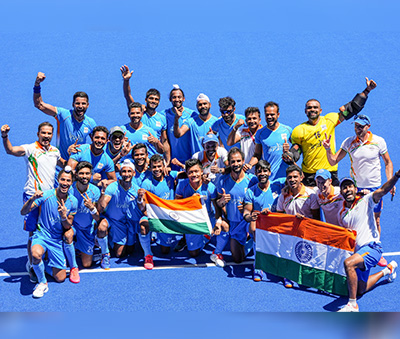 Manpreet Singh’s fought back brilliantly from a two-goal deficit (1-3) to score four goals in four minutes just around half-time for a sensational victory that would remind fans of the glory days when the Indians were a force to reckon with in world hockey.

India unleashed a four-goal blitz in four minutes as they came roaring back after being pinned down 1-3 by the Germans who started aggressively and created good pressure by going full press from the start itself.

But the Indians took control of the midfield, capitalized on the gaps created by the hard-pressing Germans, and counter-attacked brilliantly, cutting the German defense to shreds in those four minutes that left the opponents shocked. Till that time, it looked like Tobias Hauke’s side had taken control of the match as they opened the scoring in the second minute of their first attack and then scored twice within a minute as they took control of the proceedings with a 3-1 lead.

But the Indians were not done yet. They scored two goals of their own in the 27th and 29th minute through Hardik and Harmanpreet Singh, the latter powering a brilliant drag-flick into the German goal, capitalising on swift counter-attacks. The score was 3-3 at half-time and both teams had a lot to play for.

The Indians continued with the momentum in the third quarter and a minute after the restart, earned a penalty stroke when Mandeep Singh was brought down by Oruz in the shooting circle. Rupinderpal Singh’s push had too much power for German goalkeeper Alexander Stadler, who guessed the direction but could not get down fast enough to stop it.

India made things more difficult for Germany when Simranjeet Singh was on target again in the 34th minute after he was set up by Gurjant Singh, who made a good run to the goal-line and sent a minus ball inside the circle.

The Germans pulled one goal back with Windfeder converting a penalty corner in the 48th minute and India survived some anxious moments when Germany earned a penalty corner in the dying minutes of the match. PR Sreejesh, who has stood like a rock throughout the match pulling off many saves, blocked Windfeder’s attempt and the Indians jumped in celebration as the clock ran out. 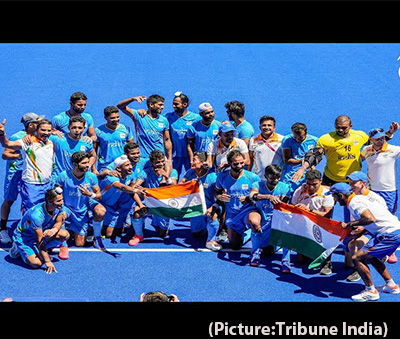 Simranjeet Singh (17th, 34th) scored a brace of goals while Hardik Singh (27th min), Harmanpreet Singh (29th min), and Rupinderpal Singh (31st min) scored a goal apiece for India while for Germany Timur Cruz (2nd min), Niklas Wellen (24th min), Benedict Furk (25th min) and Lukas Windfeder (48th min) were on target. Sreejesh, ecstatic after winning the bronze medal in his third Olympics, climbed on to the top of the goal post to celebrate as his teammates ran around the ground, hugging and congratulating each other. As his teammates cried with joy, India’s goalkeeper P.R. Sreejesh scrambled atop his goalposts, his padded legs dangling, and stretched his arms wide, pumping two fists in the air.

But even bigger history might still be made Friday, when India’s field hockey women — who’ve never won any Olympic medal — compete for their own bronze.  On Friday morning local time, India’s women faced, fighting brilliantly against Britain. The Indian women shocked undefeated Australia in the quarterfinals, but they lost to Argentina in the semifinals. It was the Indian women’s first-ever appearance in a semifinal match.

The Indian men’s hockey team has received a total funding of Rs 50 crore in the five years since 2016. The team that finished eighth in Rio de Janeiro Olympics after losing to Belgium in the quarter-finals, has received Rs 50 crore as part of Annual Calendar for Training and Competitions’ (ACTC) funding.

Besides this, the team received Rs 16.80 lakh under the Target Olympic Podium Scheme (TOPS), the Sports Authority of India informed. Thus the total government contribution in their preparation for the last five years comes to Rs. 50,19,80,000 (Rs 50.2 crore).

The team, which was stuck at Sports Authority of India’s (SAI) Bengaluru centre for the entire duration of the nationwide lockdown in 2020, has mostly trained at home last year because of the Covid-19 pandemic and the resultant travel restrictions. Besides the above mentioned funding, the team also received visa assistance for various international competitions and foreign training trips. It was worth all the investment India has done for the hockey game, which used to be one of the most popular sports in India.

It was India’s fourth medal in the Tokyo Olympics after one silver and three bronze. Weightlifter Saikhom Mirabai Chanu won the (silver medal while shuttler PV Sindhu and boxer Lovlina Borghain claimed the other two bronze medals.

India has won more Olympic medals in field hockey than any other sport. But prior to Tokyo, its 11 hockey medals were all won by men, and all before 1980 – until now. On August 5th, the Indian team overcame four decades of disappointments as it captured a well-deserved bronze medal to take India’s tally in Olympic Games hockey competitions to 12 medals — eight gold, one silver and three bronze, surpassing Germany, with whom they were tied at 11 (4 gold, 3 silver, 4 bronze).

The curse has been broken.  Prime Minister Narendra Modi tweeted moments after India won the hockey medal in Tokyo: “Historic! A day that will be etched in the memory of every Indian.”