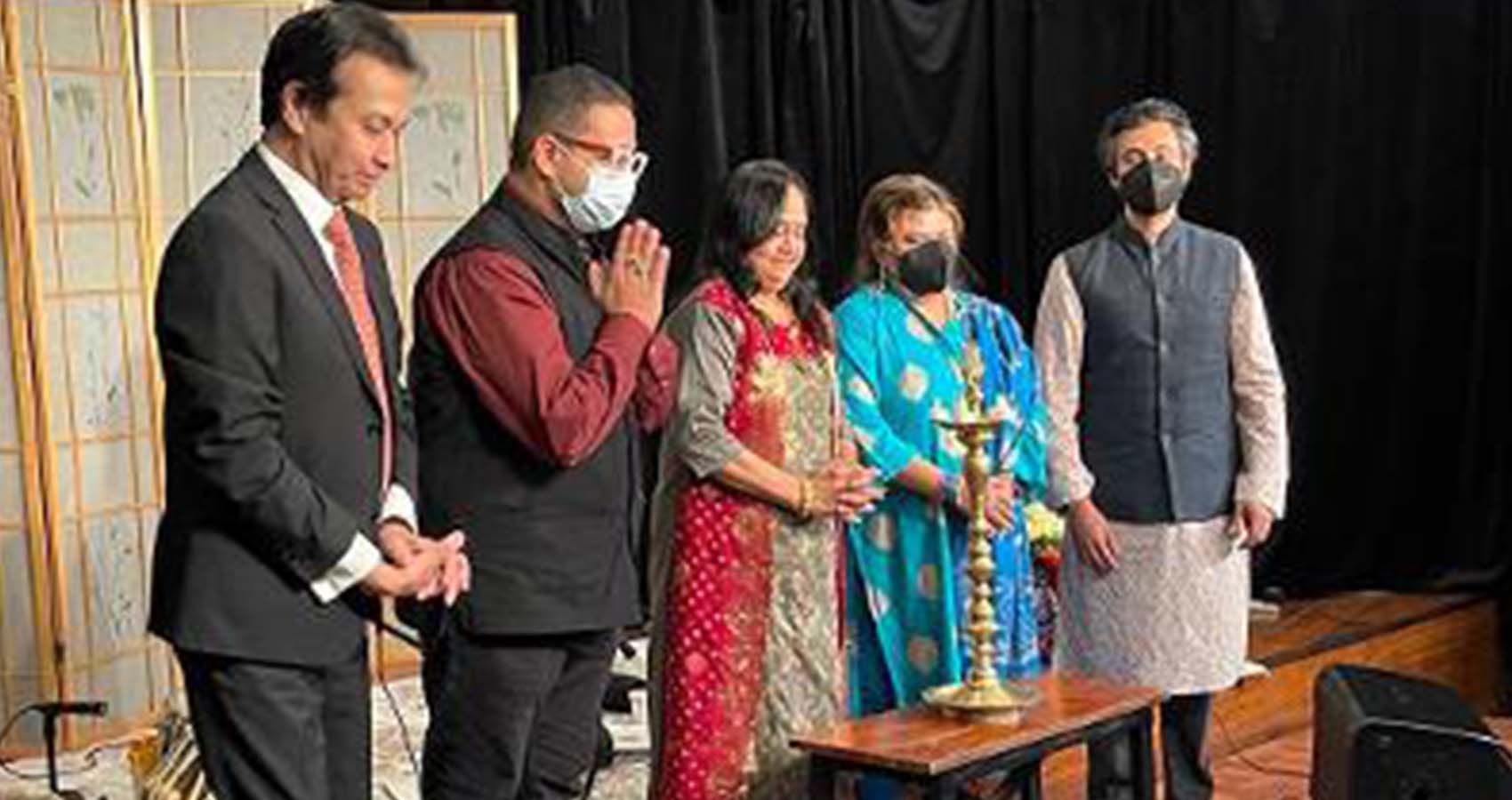 Bharatiya Vidya Bhavan USA, Sneh Arts, Kolkata Sitar School & Viewcy in association with the Consulate General of India & TV Asia presented the 3rd Annual Chaar Prahar Indian Classical Music Festival. Adapting to the challenges of the global pandemic, the festival was back at the Romanti Auditorium to live in person performances and also streamed live on the digital platform Viewcy, which enabled us to reach audiences in Asia, Europe & North America. The artist lineup included some of the most recognized names in Indian Classical music as well as rising stars.  The festival was supported by our media partners : TV Asia, World BBTV, Radio Zindagi, Divya Bhaskar & The Indian EYE. 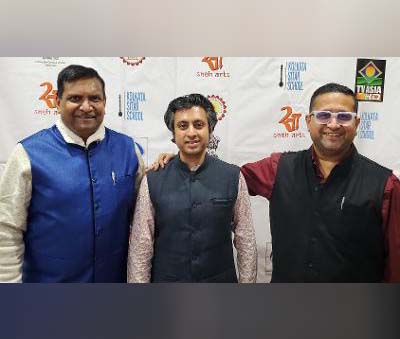 Listeners were treated to soul stirring music at this one-day music marathon that lasted for 9 hours and featured 13 musicians from both the Hindustani & Carnatic styles of music. Community of artists & music lovers gathered to enjoy instrumentalists & vocalists from various gharanas (school of music) showcasing their talents & mastery on the sitar, tabla, double neck electric guitar, violin, sarangi, mridangam, harmonium & vocals. As always, the festival team was particularly enthusiastic about giving a platform to the younger generation of Indian American artists who work very hard to pursue this art form.

Dignitaries from the music world & the community graced the occasion to bestow their blessings, not only to the young artists, but also to the organizers for continuing this special initiative. The Consul General of India in New York Amb. Randhir Jaiswal & Deputy Consul General Amb. Dr Varun Jeph, sent their congratulations to the entire organizing team and artsits. Vipul Dev, Consul – Press, Information & Culture, graced the occasion with his presence. He was thrilled to see so many music lovers who came to support the festival and hear some soulful music. He appreciated the work & effort put into presenting the rich music of India through this festival. Bhavan Chairman, Dr. Navin C. Mehta along with board member Megha Bhouraskar joined the festival commending the music community for coming together for such a special marathon of music. They were thrilled to see such a fantastic line up & engaging audiences that were enjoying this festival both in person and online.

There were countless comments of support & appreciation pouring in during the concert not only from the audience members but also from artists that were performing. There were rasikas that stayed until 3 am, which encouraged the artists & the organizers. The atmosphere created by the organizers gave the artists and the audience members the feeling of being back home.

The Chaar Prahar Music Festival team is extremely grateful to the artists, community partners, media partners, team members & everyone who worked tirelessly behind the scenes to make this festival possible. They are extremely grateful to Dr Navin Mehta, Padma Shri Dr. H. R. Shah, Kenny Desai, Megha Bhouraskar, Kolkata Sitar School & Sneh Arts for their generous sponsorship. They look forward to even more support from the musicians & music lovers so they can continue to present such special events & give a continuous platform to the local talent. The team has announced that the next Chaar Prahar Festival will be in November 2022.