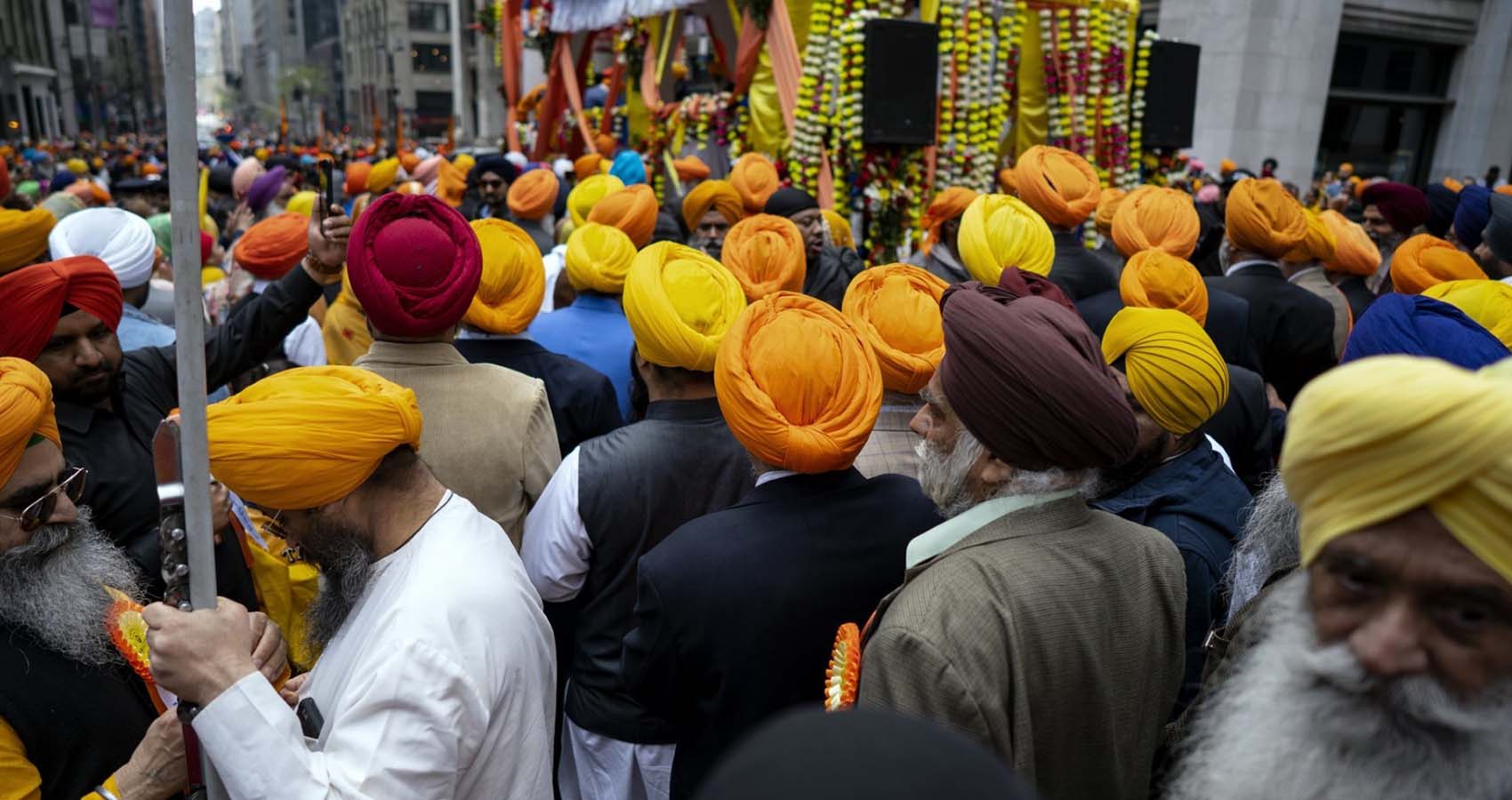 Tens of thousands of people joined in at the 34th Sikh Day Parade including some high-profile politicians, as it marched from 37th Street and Madison to 25th Street in New York City, on Saturday, April 23rd, showcasing the rich traditions and cultural history of Sikh religion.

Thousands crowded the sidewalks to watch floats and performers, as well as the Guru Granth Sahib, being carried on Manhattan’s famous street, as navy blue, yellow, orange and white traditional dresses and flags dominated the colorful landscape amidst the sky scrapers. 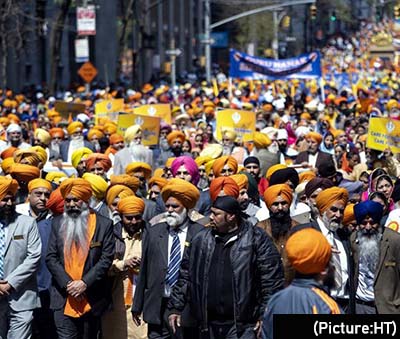 The Sikh Parade returned to the Big Apple after being on hiatus for the past two-years due to COVID-19. The Parade had added poignancy and significance in light of recent violent incidents in which Sikhs have been attacked in their own residential areas and near Gurudwaras over the last few weeks.

The event comes in the wake of several recent violent attacks against members of the Sikh community in Queens. Singh is hoping the parade can serve as a bridge for New Yorkers that are not quite familiar. Organizers say despite being one of the oldest immigrant communities in this nation, hate crimes and school bullying still single out their members.

The parade, resplendent with floats and performers in traditional dresses, witnessed the holy book Guru Granth Sahib being carried down from Manhattan. Flags in navy blue, yellow, orange, and white were carried by the participants of the procession.

More than 24 Gurdwaras from around the tri-state area and Washington DC took part, and around 30,000 to 35,000 from the community walked the route, Harpreet Singh Toor, chairman of Public Policy and External Affairs of the Sikh Cultural Society which organized the march told the media. 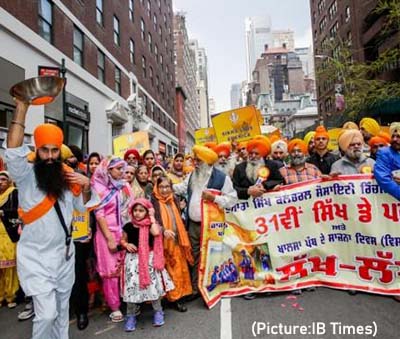 Music and vibrant decorations adorned floats all throughout the parade. Many Sikh members wearing traditional colored garments and turbans. “It’s a symbol so mostly you will see people today especially wearing blue or yellow turbans otherwise you can wear any color — there is no issue with that,” said Hirdepal Singh member of the Sikh Cultural Society in Queens.

Deep tradition and customs were also on full display in the street to the amazement of onlookers like Pier Smith. “I was just texting my daughter, this is why I love New York, never boring, never goes to sleep — always exciting,” said Smith.

A New York Police Department band also walked in the parade. The NYPD had also imposed traffic restrictions for Saturday, in view of the parade. Jaspreet Singh, a staff attorney with United Sikhs, estimated there were about 80,000 Sikhs living in New York City, in a 2010 interview with the New York Public Radio.