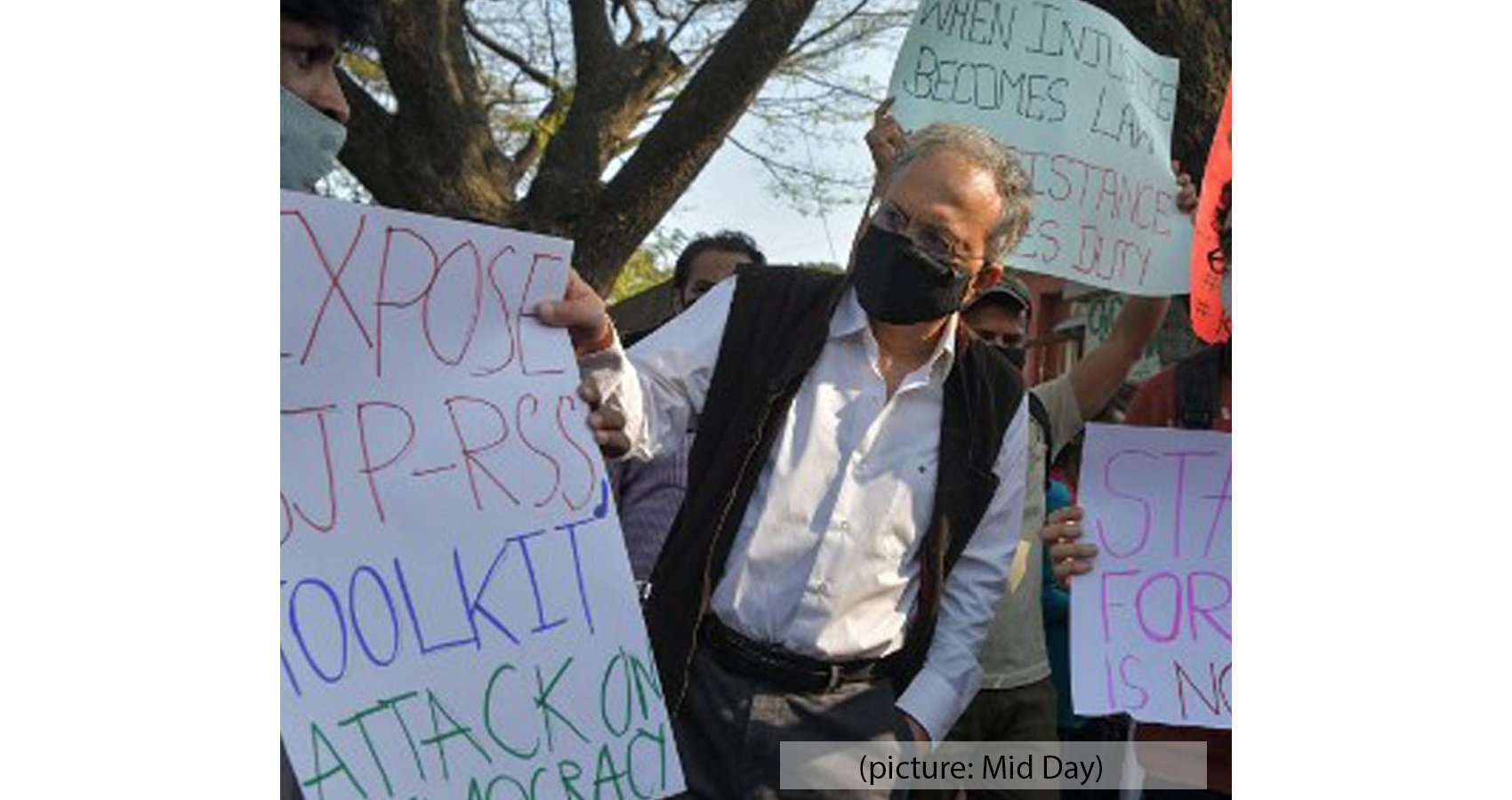 While participating in the protest against, Guha said: “Now I can say that the country is in the grip of dictatorship. I condemn this arrest.”

He added that those young boys and girls who have taken activism seriously are afraid of coming out. “Such a scenario existed when I was in my college days, during Emergency time,” he said.

He wondered if the young girl who is standing with farmers rights and environmental rights is arrested simply because she is opposed to the state.

“With her arrest, this government is sending a loud and a clear signal to youngsters of this country that you cannot have a mind of your own, unless that is in sync with the government’s policies,” he charged.

Quoting former prime minister Atal Bihari Vajpayee, Guha said the Union government could have first spoken with the activist instead of simply arresting her. “Vajpayee once said, those who speak with their pen, must be first spoken to. But this government is not following him at all. By this standard, I can safely say, if (Balagangadhar) Tilak and (Subhas Chandra) Bose, (Chandrashekhar) Azad were to be alive today, they too would be behind bars and facing sedition charges. This is worse than the colonial regime,” he said.

He added that by arresting her the union government has shown how vindictive it can be. “Only paranoid rulers have behaved in such a manner in the past,” he said and warned youngsters those who are silent should come out in the open to oppose such repressive actions of government.

“You (youngsters) might be thinking that keeping quiet is an option, let me tell you it is not. They must oppose such repression. As today it might be a case Disha or other activists, but there is no guarantee that it can not happen to others,” he said

He added that the country seems to be heading for personification of a cult person, one of conformism and obedience. “This won’t do good for the country. We need vibrant democracy youths, who should learn to question the government and leaders,” he said. (IANS)