Notice: register_sidebar was called incorrectly. No id was set in the arguments array for the "Homepage Sidebar" sidebar. Defaulting to "sidebar-4". Manually set the id to "sidebar-4" to silence this notice and keep existing sidebar content. Please see Debugging in WordPress for more information. (This message was added in version 4.2.0.) in /home/universalmirror/public_html/theunn.com/wp-includes/functions.php on line 5311
 Will The $1.75 Trillion Spending Bill Passed By US Congress Survive US Senate? - Universal News
Skip to content 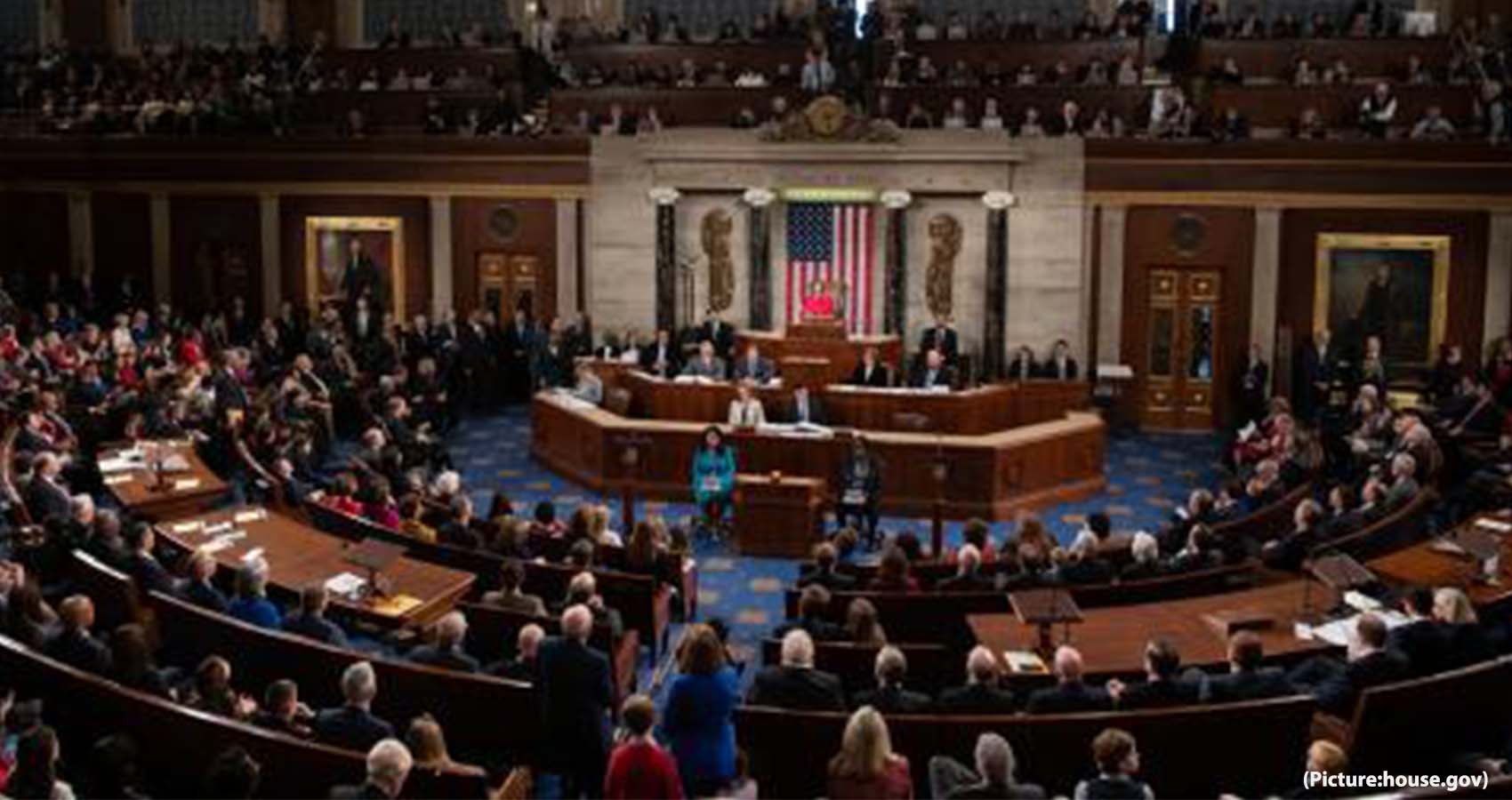 The final tally was 220 to 213. Rep. Jared Golden of Maine was the only Democrat to vote against the bill and no Republicans voted for it. The vote took place on Friday morning after House GOP leader Kevin McCarthy stalled an effort to vote Thursday evening by delivering a record-breaking marathon floor speech overnight. 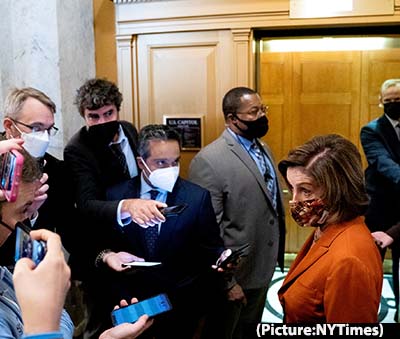 The sweeping economic legislation stands as a key pillar of Biden’s domestic agenda. It would deliver on longstanding Democratic priorities by dramatically expanding social services for Americans, working to mitigate the climate crisis, increasing access to health care and delivering aid to families and children.

The legislation is meant to fulfill many of President Biden’s promises during the 2020 campaign, including plans to address climate change and provide a stronger federal safety net for families and low-income workers.  “We have the Built Back Better bill that is historic, transformative and larger than anything we have ever done before,” House Speaker Nancy Pelosi, D-Calif., said on the House floor. “If you’re a parent, a senior, a child, a worker, if you are an American … this bill’s for you and it is better.”

House Democrats overcame internal divisions over the cost and scope of the spending package, but the fight will continue as the bill heads to the Senate for revisions. The vote was delayed after House Minority Leader Kevin McCarthy, R-Calif., spoke all through the night — for more than eight hours. His speech decried Democrats’ spending plans, but also veered to subjects including China and border security.

Biden praised House passage of the bill, noting it was the second time in two weeks that the chamber moved two “consequential” pieces of his legislative agenda, referencing the new infrastructure law. He described the vote as a “giant step forward in carrying out my economic plan to create jobs, reduce costs, make our country more competitive, and give working people and the middle class a fighting chance.” What’s in the measure

$550 billion to address climate change through incentives and tax breaks;

funding to extend the expanded, monthly child tax credit for one year; housing assistance, including $150 billion in affordable housing expenditures; expansions to Medicaid and further assistance to reduce the cost of health care premiums for plans purchased under the Affordable Care Act; four weeks of paid family and medical leave; funding for universal pre-K for roughly 6 million 3- and 4-year-olds; a provision to allow Medicare Parts B and D to negotiate prices directly with drug manufacturers on certain drugs and cap out-of-pocket spending for seniors at $2,000 per year; a $35 cap on monthly insulin expenses.

The spending is mostly offset with taxes on the wealthy and corporations, including:

Moderate Democrats ultimately voted for the legislation after concerns that estimates from the nonpartisan Congressional Budget Office would show the measure to be more costly than leaders have projected.

Ultimately, the CBO found the bill would cost the federal government $367 billion over the next decade, “not counting any additional revenue that may be generated by additional funding for tax enforcement.” Many Democrats, including the White House, argue that when that is taken into account, the measure would pay for itself.

Members of the fiscally moderate New Democrat Coalition endorsed the legislation ahead of the final cost estimates. Rep. Brad Schneider, D-Ill., said the official estimates don’t take into account extra revenue from increased tax enforcement — or the broader economic benefits of the legislation.

“When discussing the importance of the bill, we also have to talk about the costs that would be incurred if we don’t pass this bill,” Schneider said on a call with reporters. “The cost of inaction is simply too high, and it can only be headed off if we act now.”

For progressive Democrats, the vote fulfills a promise from Biden and House leaders not to neglect policies that have energized the left wing of their party. Members of the Congressional Progressive Caucus set aside major demands throughout the negotiations, including more spending and plans for aggressive changes to the nation’s health care system, in order to reach an agreement that satisfied the full caucus.

Senate hurdles could drag on for weeks

The House vote is just the latest step in a lengthy process that will almost certainly involve further changes to the bill. Centrist Sens. Kyrsten Sinema, D-Ariz., and Joe Manchin, D-W.Va., have each expressed concerns about the House version of the legislation. Manchin is particularly opposed to a provision that would provide four weeks of paid family and medical leave for most workers. Sinema’s objections are less clear but Democrats need both lawmakers on board in order for the legislation to pass.

It is unclear how long it would take for senators to work out their disagreements and finalize the legislation. Once that work is done, the Senate would have to start a lengthy process to vote on the bill using the budget reconciliation process that would allow the bill to be passed in the Senate with 50 votes, rather than the 60 votes needed for most legislation.

Pelosi told reporters on Thursday that Senate staff have already completed a necessary step to ensure the legislation meets the basic requirements to avoid a Republican filibuster. But the process still has several steps, including a series of unlimited amendment votes known as a vote-a-rama.