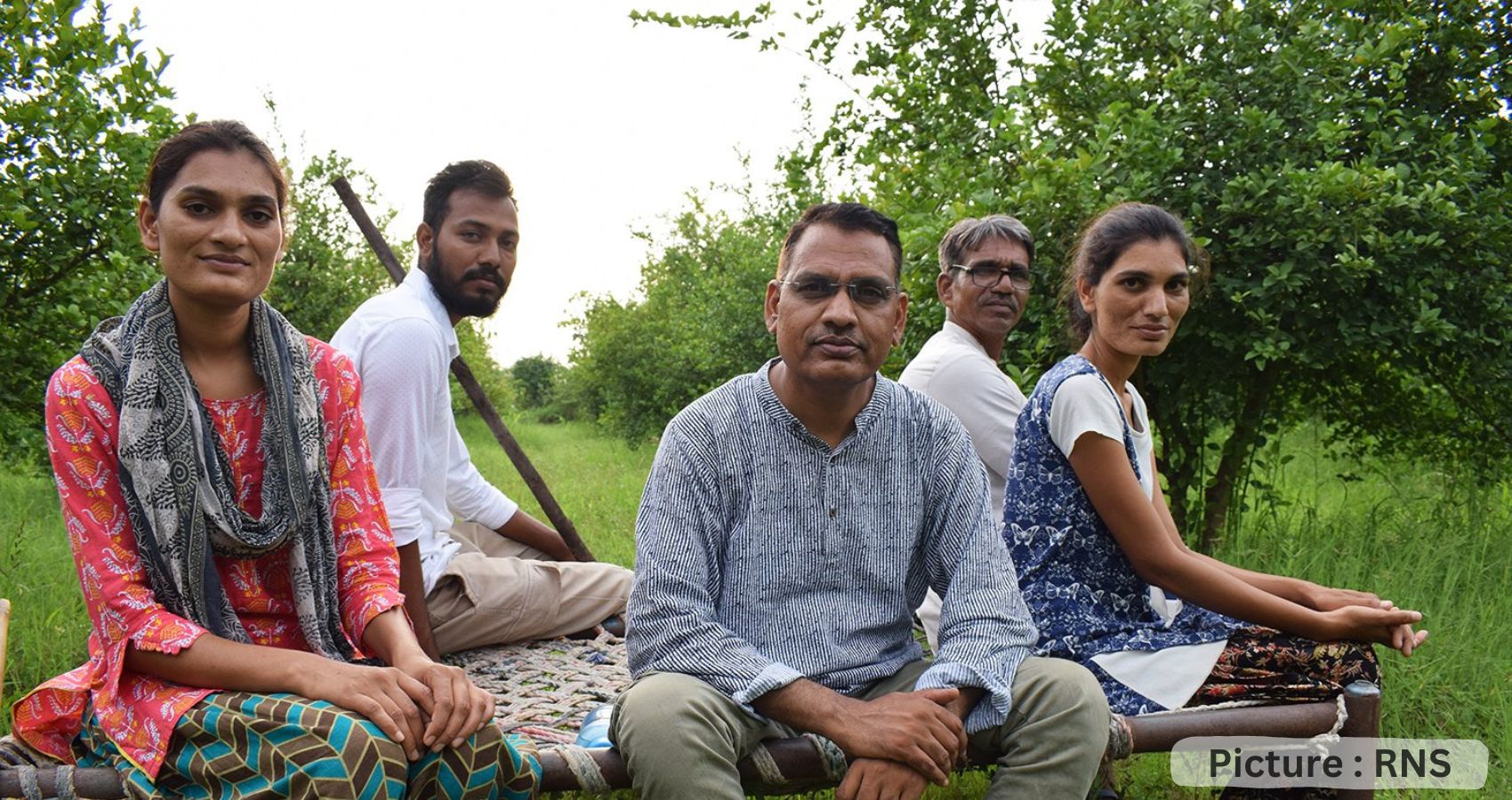 Participants in the destruction of a historic mosque 30 years ago, a signal event that led to a surge in Hindu nationalism in India, talk about their transformed lives.

This story was supported by the Pulitzer Center

(RNS) — Mangala, a laboratory manager from Maharashtra, India, was 19 years old in December 1992, when she joined thousands of fellow Hindu zealots in chanting fiery slogans as they tore down the Babri Masjid, a 16th-century, three-domed mosque in Ayodhya, in northern India.

The crowd set upon the mosque with hammers, pickaxes and shovels before mounting barricades and swarming inside. Mangala, wearing a saffron scarf to indicate her Hindu allegiance, slammed her fist against a wall of the mosque and shouted, “My blood is boiling.”

Mangala felt proud, even “electrified” to be part of a “historic demolition” taking place on the ground considered by many Hindus as the birthplace of Rama, one of their faith’s most exalted deities. The Hindu nationalist crowd had consummated a six-year campaign already championed by the Bharatiya Janata Party, which now rules India, to demolish the mosque and replace it with a temple to Rama.

Thirty years later, Mangala, who calls herself a humanist, said, “I feel ashamed to say I was part of this. In a way I feel responsible for the damage and divisions across India that followed.”

The Babri Mosque’s demolition led to widespread rioting across India. More than 2,000 people were killed, most of them Muslims. India’s tradition of secular, tolerant politics was dealt a hard blow. The Hindu nationalist political movement, meanwhile, got a jump start.

“This was part of a strategy worked out by Hindu supremacists to gain political power,” said Mangala. “If you have to build a temple, why do you need to demolish a mosque for that?”

Looking back, Mangala said, “Thousands of us were hypnotized by the dream of a pure Hindu nation fueled by nationalist leaders. We believed Lord Ram would make our mission successful.”

The seeds of religious extremism were planted in Mangala as a young teenager, when she joined the Rashtra Sevika Samiti, the women’s wing of the Rashtriya Swayamsevak Sangh, a Hindu nationalist paramilitary voluntary organization and the ideological parent of BJP.

For 28 years, she regularly attended RSS military camps, underwent weapon-training and traveled to remote towns and villages to spread the Hindu nationalist ideology.

Mangala’s life revolved around discipline and organization. She valorized RSS slogans such as “One-nation, One-leader” and its insistence on a unified Indian subcontinent. She also developed a visceral hate toward Muslims, secularists and Mahatma Gandhi, who spearheaded the idea of India as a country for all faiths.

“As an upper-caste Hindu, I felt the country belongs to us,” she said. “I felt Muslims and other minorities must accept the idea of a Hindu nation or leave the country.”

Mangala’s ideas about caste, gender, identity and sexuality started changing when she ventured into working for children and disadvantaged groups infected with HIV. “Working at the grassroots level exposed me to an entirely different world of ideas, people and possibilities, it almost set me free,” she said. Much of what Mangala championed as a Hindu nationalist started to feel wrong.

“At one level I felt my past had shaped my identity,” she recalls, “but at another level I was feeling suffocated in this rigid patriarchal system.”

When the urge to break with her militant past started consuming her a few years ago, Mangala felt she could no longer remain tied to the RSS movement.

Abhijit Deshpande, an associate professor of Marathi at the KJ Somaiya College of Arts and Commerce in Mumbai, felt a similar need to break free of Hindu nationalism.

Deshpande, 48, grew up in an upper-caste Hindu family in Maharashtra amid religious gurus and preachers. He visited temples regularly and took part in festivals and ritual congregations, and well-known Hindu nationalist leaders would visit their home for meetings with his father, who was active in RSS. At home, they criticized Gandhi’s non-violent tenets and heaped praise on militant Hindus of the past.

But with the growing involvement with the RSS, said Deshpande, “I drifted away from everyday Hindu practices and rituals. Working for a homogenous Hindu nation became my new religion, something I could die for.”

Deshpande quickly rose through the RSS ranks as an intellectual head of his region. “I delivered fiery speeches at public events, schools and colleges and visited hundreds of families to rope them into the Ram temple movement,” he recalled.

Deshpande was in the crowd at Ayodhya when the nationalists gathered in front of the mosque. “Everyone knew the end-goal was to bring the mosque down at whatever cost,” he says.

But just four days after the mosque’s demolition, Deshpande slipped into a deep depression. “I stopped talking to everyone,” he said. “Riots had engulfed the country. I was thinking, ‘Can I raise any questions now? What should I speak about? Who should I speak with?’”

Realizing the criminality of the events at the mosque, Deshpande recognized that the demolition was no spontaneous act but a “carefully monitored and systematic process to dismantle the basis of Indian democracy,” he said.

In 1994, Deshpande moved to Mumbai to pursue a master’s degree in Marathi literature. Wrapped up in the debates of graduate school and exposed to new books and films, his attitudes and eventually his politics became more progressive. “I started questioning not just Hindu nationalism, but religion itself,” he said. Questions about caste and religious bigotry led him to question the basis of his beliefs.

Before long, Deshpande had embraced atheism and slowly cut ties with Hindu nationalism — though it wasn’t finished with him. He continued to receive threats long afterward from religious extremists online.

Leaving Hindu nationalism behind has been more difficult for Purnendu Goswami, who was raised in the holy city of Vrindavan, in northern India, in a renowned family of religious narrators, priests who recite and interpret stories from Hindu religious texts. His family’s prominence, and his own fame for pro-Hindu advocacy, has made extricating himself a more tortuous process.

“I was looking to make religion profitable and gain followers,” he said.

He was among those who campaigned for the Ram temple in Ayodhya at rallies, meetings and religious gatherings. On Dec. 3, 1992, three days before the scene at the mosque, he set out for Ayodhya with a group of 50 other Hindu nationalists chanting inflammatory slogans, but was arrested and sent to jail.

After his release, Goswami’s Hindu nationalist zeal intensified. Along with his older brother Balendu, Goswami built a cave near the family’s ashram. Balendu retreated inside the cave for three years, 108 days to contemplate Hinduism.

“We felt it was a good career investment, something no one had tried before,” said Goswami, who kept an eye out for his brother’s daily needs from a room outside the cave.

When Balendu emerged from the cave in 2000, the Goswamis’ fame grew. They were invited to religious events in India and abroad.

It was about this time that the brothers’ sister died in a car accident. Goswami began to question his faith in a “kind and just god.” His Hindu practice felt hollow. “I felt religion and caste were just traps to divide people,” he said.

Goswami’s embrace of atheism irked the religious community in Vrindavan, and some of his neighbors boycotted the family after an atheist meeting was organized at their ashram in 2016. The threats and boycotts escalated over the next few years, even as Goswami started rethinking his strict atheism.

“I felt atheism was a cult just as religion was a business,” said Goswami, who now calls himself a humanist. He believes his fervent promotion of both paths made him arrogant and destroyed what’s most valuable to him — human relationships.

Indoctrination was a “gradual, almost imperceptible process” for Bhanwar Meghwanshi, a 47-year-old low-caste activist and author from Rajasthan. Meghwanshi was initiated into the RSS at the age of 13, thinking it would turn his life around. “I felt we are responsible for our lowly status,” he recalled. “The RSS filled me with a false sense of pride, and the Ram temple movement deepened that.”

A resolute Meghwanshi threw himself into the rising Hindu nationalist movement of the early 1990s. He learnt how to use weapons and make gasoline bombs. When he heard about the demolition, he said, “I wanted to free Ram from his shackles in Ayodhya and restore our Hindu identity. I felt when history would be rewritten I’d go down as a hero.”

Everything changed during one of the Ram temple mobilization campaigns, when upper-caste Hindus refused to eat at Meghwanshi’s house. “I was deeply hurt” he says. “I felt I was doing so much work for this great Hindu nation and was even ready to die for it, but upper-caste Hindus can’t so much as eat at my house!”

Meghwanshi felt in his heart there was no place for low-caste Hindus in the new India that nationalist leaders were spearheading.

The incident plunged him into “a terrible internal crisis,” and he considered ending his life.

But around this time, he came in touch with a Sufi saint in Rajasthan. “I had gone through life immersed in hate, fanaticism, bloodshed and bigotry,” he said. “I was thirsty for love, and he taught me how to love in a radical way.”

After meeting the Sufi saint, Meghwanshi was inspired to work for humanity. He made up his mind that he would mobilize communities across towns and villages for an inclusive India.

“Only humanism can heal the world,” says Mangala, who shares the same vision as Meghwanshi. “Hate propagates hate, while love allows you to transcend yourself to really understand the pains and sufferings of others — that is what we call radical love.”