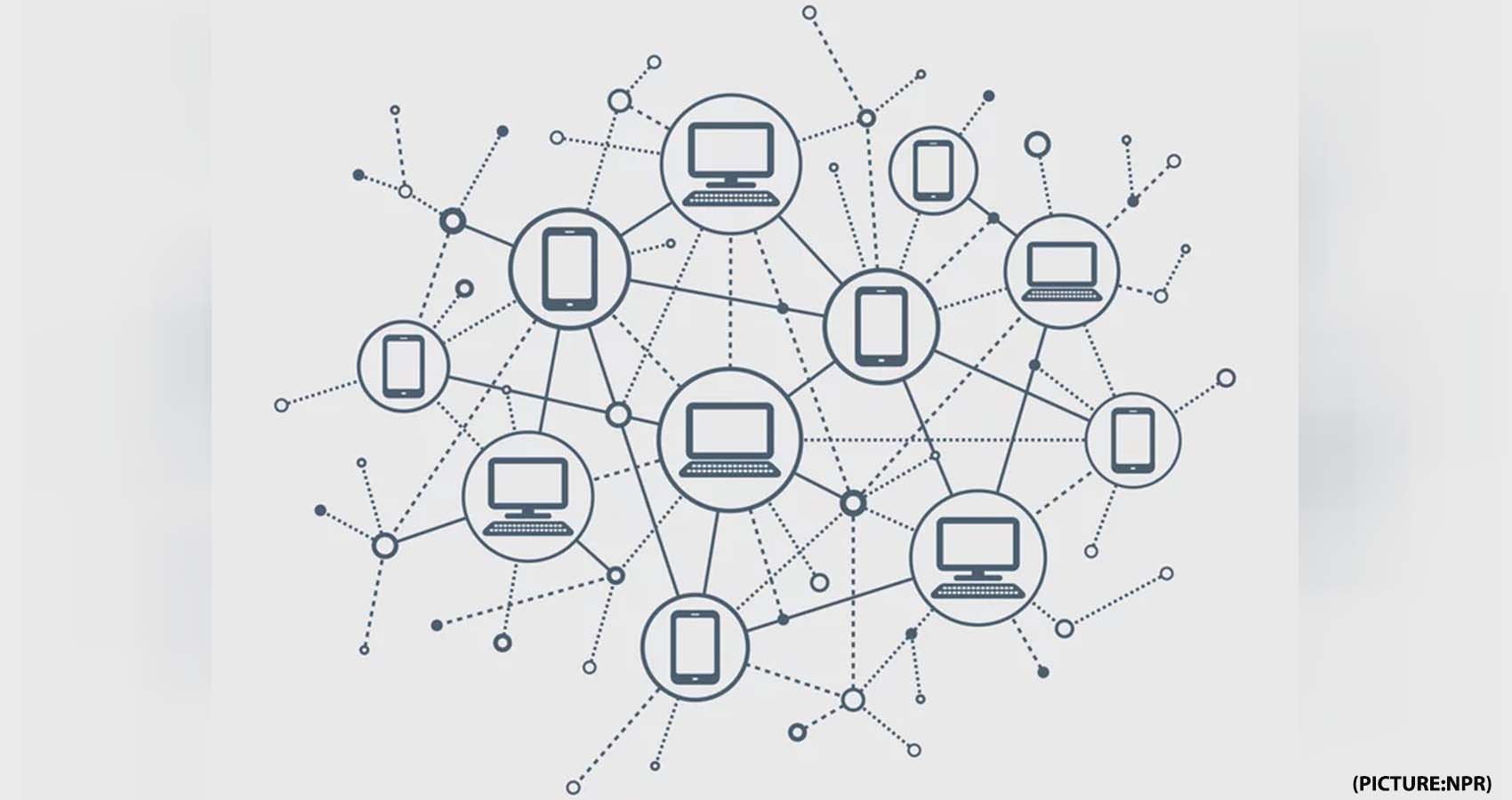 There’s a buzzword that tech, crypto and venture-capital types have become infatuated with lately. Conversations are now peppered with it, and you’re not serious about the future until you add it to your Twitter bio: Web3.

It’s an umbrella term for disparate ideas all pointing in the direction of eliminating the big middlemen on the internet. In this new era, navigating the web no longer means logging onto the likes of Facebook, Google or Twitter.

Think of it this way: The nascent days of the Internet in the 1990s were Web 1.0. The web was seen as a way to democratize access to information, but there weren’t great ways of navigating it beyond going to your friend’s GeoCities page. It was pretty disorganized and overwhelming.

Then came Web 2.0 starting in the mid-2000s. Platforms like Google, Amazon, Facebook and Twitter emerged to bring order to the Internet by making it easy to connect and transact online. Critics say over time those companies amassed too much power.

Web3 is about grabbing some of the power back. 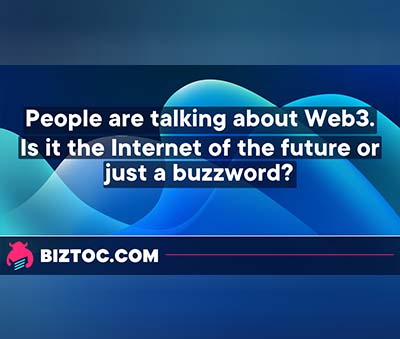 “There’s a small group of companies that own all this stuff, and then there’s us who use it, and despite the fact that we contribute to the success of these platforms, we don’t have anything to show for it,” said Mat Dryhurst, a Berlin-based artist and researcher who teaches classes at New York University on the future of the internet.

And so, the answer, according to Dryhurst and other Web3 fans, is an iteration of the internet where new social networks, search engines and marketplaces crop up that have no company overlords.

Instead, they are decentralized, built upon a system known as the blockchain, which already undergirds Bitcoin and other cryptocurrencies. Imagine it as a kind of bookkeeping where many computers at once host data that’s searchable by anyone. It’s operated by users collectively, rather than a corporation. People are given “tokens” for participating. The tokens can be used to vote on decisions, and even accrue real value.

In a Web3 world, people control their own data and bounce around from social media to email to shopping using a single personalized account, creating a public record on the blockchain of all of that activity.

“To the average person, it does sounds like voodoo,” said Olga Mack, entrepreneur and blockchain lecturer at University of California, Berkeley. “But when you press a button to switch on lights, do you understand how the electricity is made? You don’t have to know how electricity works to understand the benefits. Same is true of the blockchain.”

Right now, the idea of the entire Internet reinventing may sound like some far-away digital utopia. But Web3 is driving new conversations — and generating lots of new money, particularly from crypto investors.

‘At first baffling,’ but Web3 is growing more mainstream and tech companies are taking note

The Web3 movement has been helped along by the rise of NFTs, or non-fungible tokens, which are digital collectibles and other online files that can be bought and sold with cryptocurrency. Then there are the publicity stunts. Recently, a group of crypto enthusiasts banded together to attempt to purchase a copy of the U.S. Constitution with digital currency. They organized under the name ConstitutionDAO. (A DAO stands for a decentralized autonomous organization, the name for an online collective of crypto supporters who assemble together collectively in a group governed by blockchains and tokens. It’s very Web3.)

Dryhurst admits that trying to explain Web3 can be exasperating, since it’s a loosely-defined term that takes on a slightly different shape depending on who is defining it but, he said, that’s the case with all new frontiers of technology.

“Every new advent of the web is at first baffling,” he said.

To technologists and cryptographers, Web3 has remained a theoretical grand vision for years. But in recent months, the push for a blockchain-powered future has come to dominate tech conferences and social media chatter in certain circles. It’s even forced major tech companies to assemble teams dedicated to Web3.

And that’s brought a certain irony to the evolution of Web3: Enthusiasts hope Web3 will mean that sharing photos, communicating with friends and buying things online will no longer by synonymous with Big Tech companies but be done through a multitude of small competing services on the blockchain — where, for instance, every time you post a message, you earn a token for your contribution, giving you both ownership stake in the platform and one day a way to cash in.

In theory, this also means avoiding fees, rules and the strictures of tech companies. Nonetheless, major tech platforms are also jumping on the idea.

“It means that all the value that’s created can be shared amongst more people, rather than just the owners, investors and employees,” said Esther Crawford, a senior project manager at Twitter.

“For a long time, Web3 has been very theoretical,” she said. “But now there is a surge of momentum to build.”

Will Web3 be the new norm?

Experts say, in the best case scenario for Web3 enthusiasts, the technology will operate alongside Web 2.0, not fully supplant it.

In other words, blockchain-based social networks, transactions and businesses can and will grow and thrive in the coming years. Yet knocking out Facebook, Twitter or Google completely is not likely on the horizon, according to technology scholars.

“I’m not in a position to say who will win,” Dryhurst said. “But Web2 companies will be folding Web3 ideas into their services to stay relevant.”

He thinks many people would want to be able to take their data and history of interactions online wherever they go on the Internet, rather than remain on singular web platforms–what some call the “walled gardens” of big tech companies.

“This is a fundamentally difference experience than what we’re used to today,” Dryhurst said.

But he admits that boundless freedom can lead to troubling outcomes for some.

“The Faustian bargain is that the same reasons that it’s exciting that there’s nothing impeding people to build whatever community they want, I can’t stop someone from building something that’s hellacious,” he said.

Decentralized social networks have proved appealing to white supremacists and other far-right groups, but Sam Williams, founder of Arweave, a blockchain-based project for storing data online, said he trusts most small communities to determine what speech is permitted online.

On balance, he said, collective voting on the rules of engagement will be better than what users experience on major social media platforms today.

“If we stay in the current paradigm, we will move further and further into a realm where a small handful of companies run by a small number of people run our experiences in cyberspace,” he said. “And in that world, the problems of Big Tech are exacerbated.”

Another issue, of course, is government oversight. Blockchain-based tokens are now in a regulatory netherworld, but that could soon change as the Biden administration begins the process of setting new rules for the industry.

How does Web3 fit with that other vision of the Internet’s future — the metaverse?

Facebook recently rebranded itself Meta, and said its priority would be to build the “metaverse,” a digital future where everyone is living and interacting and working together in virtual reality.

Among the company’s stated principles is “robust interoperability,” meaning that users could take their accounts or avatars from site to site or service to service seamlessly, rather than have to log in to accounts controlled by separate companies every time they visit new sites.

That’s also one of the ideals of Web3.

But true believers say there is no place for Facebook in a Web3 world, no matter how hard the social network tries to be part of the next generation of the Internet.

“Facebook will always be incentivized to enrich Facebook,” Williams said. “And that’s not how cyberspace should be governed.”

What’s the chance Web3 is just an over-hyped fantasy?

It doesn’t take long to find skeptics of Web3.

James Grimmelmann, a Cornell University professor who studies law and technology, has become vocal about his doubts.

“It’s a promised future internet that fixes all the things people don’t like about the current internet, even when it’s contradictory.”

He said if part of the impetus is to resist giving up personal data to Big Tech companies, then the blockchain is not the solution, since that will make even more data public.

“It doesn’t make any sense,” he said. “The vision says the problem with the internet is too many centralized intermediaries. Instead of having lots of different applications and sites, we’ll put it all on blockchains, which puts it all in one place.”

To Grimmelmann, Web3 represents technologists reaching for the idealistic ethos of the dawn of the internet — everyone can freely use the information superhighway! — that long ago was overtaken by tech companies.

The Internet’s evolution always has been a tug between fragmentation and centralization, he said. When it swings too far in one direction, a backlash tries to pull it in the opposite direction.

“Blockchains are interesting and solve some difficult problems in new ways,” he said. “They’re probably going to end up in the toolkit that the next internet is built out of, but that doesn’t mean the internet is going to be built around them.”

But many people who found wealth during the pandemic by investing in cryptocurrencies are looking around for something to plunge cash into beyond NFTs of “bored apes” who are members of a cartoon “yacht club.”

Right now, he said, Web3, albeit mostly theoretical, is the thing.

“There are a lot of people who have money to invest,” he said. “And they need some vision to throw money at.”