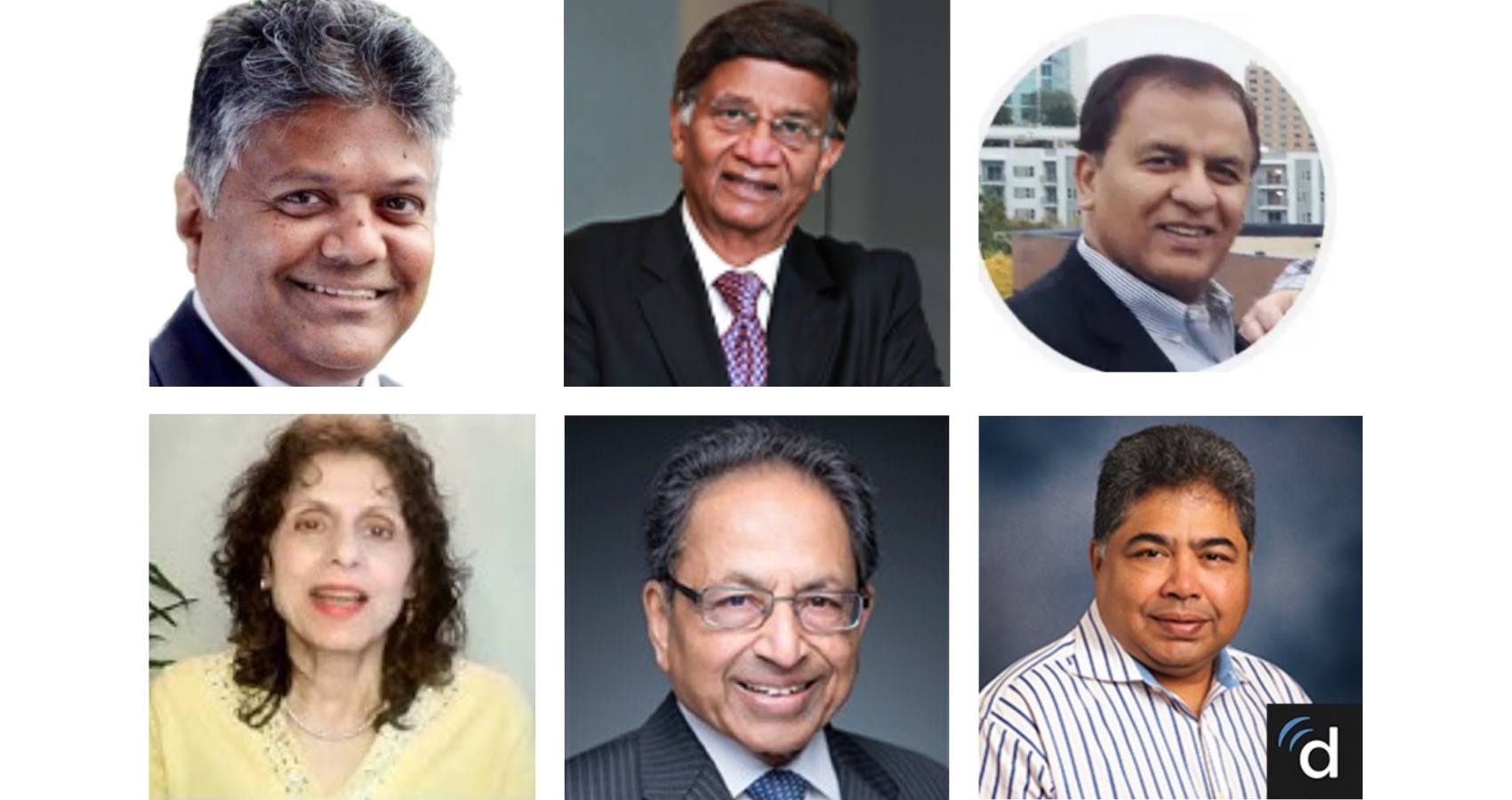 Thousands of miles away from India, our hearts long for India, our motherland. A land with rich traditions, history and culture. A land that gave to the world so much and welcomed everyone with open arms. The generosity and spirit of warmth that we all inherited for centuries from generation to generation, with its unparalleled glorius past makes us all stand tall.

Today, after centuries of enslavement, plundering, destruction and marginalization, India has begun to raise its head, seeking and finding its rightful seat among the nations of the world. We are an young nation, full of energy and power; talent, skills and education; future-oriented and willing and able to accomplish our goals.

India Today gives us hope. The vibrant and the largest democracy makes us all proud even though it has its own limitations, with certain groups trying to abuse power and threaten the very foundation of democracy and equality. In India, transfer of power happens peacefully through ballots at local, state and federal levels. And, not by force and intimidation.

The people of India are rising. They have made a name for themselves across the globe, wherever they went, and wherever they made their homes. They are appreciated for what they are and what they bring to their adopted lands. They are much sought after for their integrity and caliber.

The President of the United States, Joe Biden on the occasion of India’s 75th anniversary of India’s Independence Day hailed India as an “indispensable partner” He said, “The United States joins the people of India to honor its democratic journey, guided by Mahatma Gandhi’s enduring message of truth and non-violence.” Biden expressed his commitment to further strengthen the U.S.-India Strategic Partnership that is formed on the ideals of law and democracy and most importantly on their people-to-people ties.

Here are some reflections from some eminent Indian Americans on India and what they perceive India to be “Today – Tomorrow:”

“As the first elected AAPI Legislator in Middlesex County, representation has always been important to me. It reflects achievements made here in America as well as in India. On the 75th anniversary of Indian Independence Day, we celebrate how far we have come as a community and a nation. It is our job to look back and reflect on all of the great accomplishments India has made to impact the rest of the world and remember we are always moving forward.” 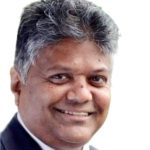 India is an exceptional nation with a civilizational history of 5,000 years old, with a rich tapestry of cultures, religions, and peoples, and a strong economy that was unparalleled by all means. India’s glorious past and profound diversity make it unique. India had a robust economy, having almost one third of the total world’s GDP. India was advanced in almost all fields of science, Medicine, Engineering, Architecture, Literature and Public Administration. Wikipedia notes that the engineering skills of the people were “remarkable”, with great achievements in measurement accuracy and craftsmanship. The subcontinent boasts the longest history of jewelry making in the world, stemming back 5,000 years.

However, with the invasion and rule by the Islamic and British rulers, in the past 1,000 years, India’s wealth was plundered. People were killed. Temples were destroyed. The freedom and the lifestyle along with the remarkable advancement in science and technology were stalled.

India became the 1st nation in the world to attain freedom with a peaceful means, Satyagraha, from the British rulers. While India made moderate progress in the past few decades, the pace of progress accelerated under the dynamic leadership of Shri Narendra Modi, India is today stronger than ever, well respected among the nations of the world. India’s economy is growing faster than ever, and the many programs are benefiting the people of India evermore. India has earned its rightful place in the world. We are proud of India and what India has accomplished, its contributions to the world and I look forward to a brighter and stronger India. 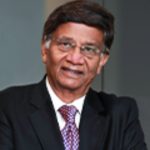 Past President of AAPI

The Ancient Indian Values Of Respect For Diversity, Peaceful Coexistence, And Respect For Nature Are Needed More Urgently Than Ever

On the 75th anniversary of India, so many Indian American organizations and the Consulate General of India in New York, organized a series of programs showcasing India’s cultural diversity, antiquity, and contemporary relevance. Participants in New York or online anywhere in the world, are able to enjoy music concerts, literary gatherings and dance performances throughout the year as part of the Azadi ka Amrit Mahotsav.

Seventy-Five years ago, when India became an independent country after centuries of colonial rule, all eyes were on India. As a new society, the Gandhian message of Ahinsa, freedom through to non-violence, and its ancient message of Vasudhaiva Kutumbakam, that the world is one family became the new Mantra.

Today, in our world of polarization, increasing tribalism, new conflict and extreme environmental degradation, the ancient Indian values of respect for diversity, peaceful coexistence, and respect for Nature are needed more urgently than ever.

These activities aim at bringing the Indo-American bonds closer, with cultural exchanges.

Please participate in the programs like the parade along with family and friends and experience the wondrous imagination and inspiring dynamism of the Indian arts to the fullest. Please join us in wishing India a joyous 75th birthday and a bright future ahead. Jai Hind 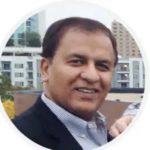 As we celebrate this year [email protected], Azadi Ka Amrit Mahotsav, India as a multi cultural, diverse nation has emerged as a significant respected player on the world stage. With its highly successful vaccination program, more than 2 billion doses of vaccines have been administered in the last 18 months. India is the third largest energy consuming country in the world and also ranks third as the world’s largest renewable energy producer. It hopes to meet fifty percent of its electricity requirements by 2070 from renewable energy. Like any other country, the pandemic has taken a severe toll on the economy along with rising inflation and unemployment crisis. But there is a silver lining and according to the projections by the economists at Morgan Stanley, India’s GDP growth is expected to be at 8%-8.5% for 2022-2023 making it as Asia’s strongest economy. However, unless there is gender parity, there can be no sustained economic growth. and India has one of the worlds’ lowest female workforce participation.

Fast forward to India 2040 and beyond we will see it as one of the world’s largest working age population with growing urbananization.  Some of the crucial challenges will be to address gender inequities, sustain the momentum of its economic development and trade, accelerate expansion of higher education and build smart cities with digital technologies. I dream of India that resonates with Mahatma Gandhi’s philosophy of   Truth and Non Violence— where there is peace, harmony and justice for all. Happy 75th anniversary India. 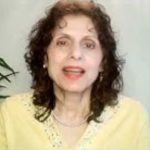 A Dream For the Medical Fraternity

Enhancing national unity and democracy are amongst the great achievements of the people of India. To augment medical education, patient care and research the Government of India should take services of the willing US doctors of Indian origin, who are over 100,000 practicing US Physicians are of Indian origin.

I have lobbied fa or such program for many years. Hope the Health Ministry will initiate and funds for such a project. It will help all parts of india, as these US Doctors hail from all parts of India and they want to effectively serve their motherland, India. 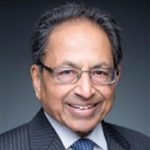 My Small Hope For India

Independence Day is a reminder of the sacrifices for valiant freedom fighters. We have come a long way in the last 75 years. However, to fulfill the dreams of our founding fathers and see a prosperous India, we will need to work hard and contribute towards most successful and vibrant India. 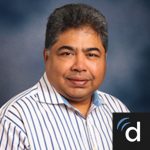