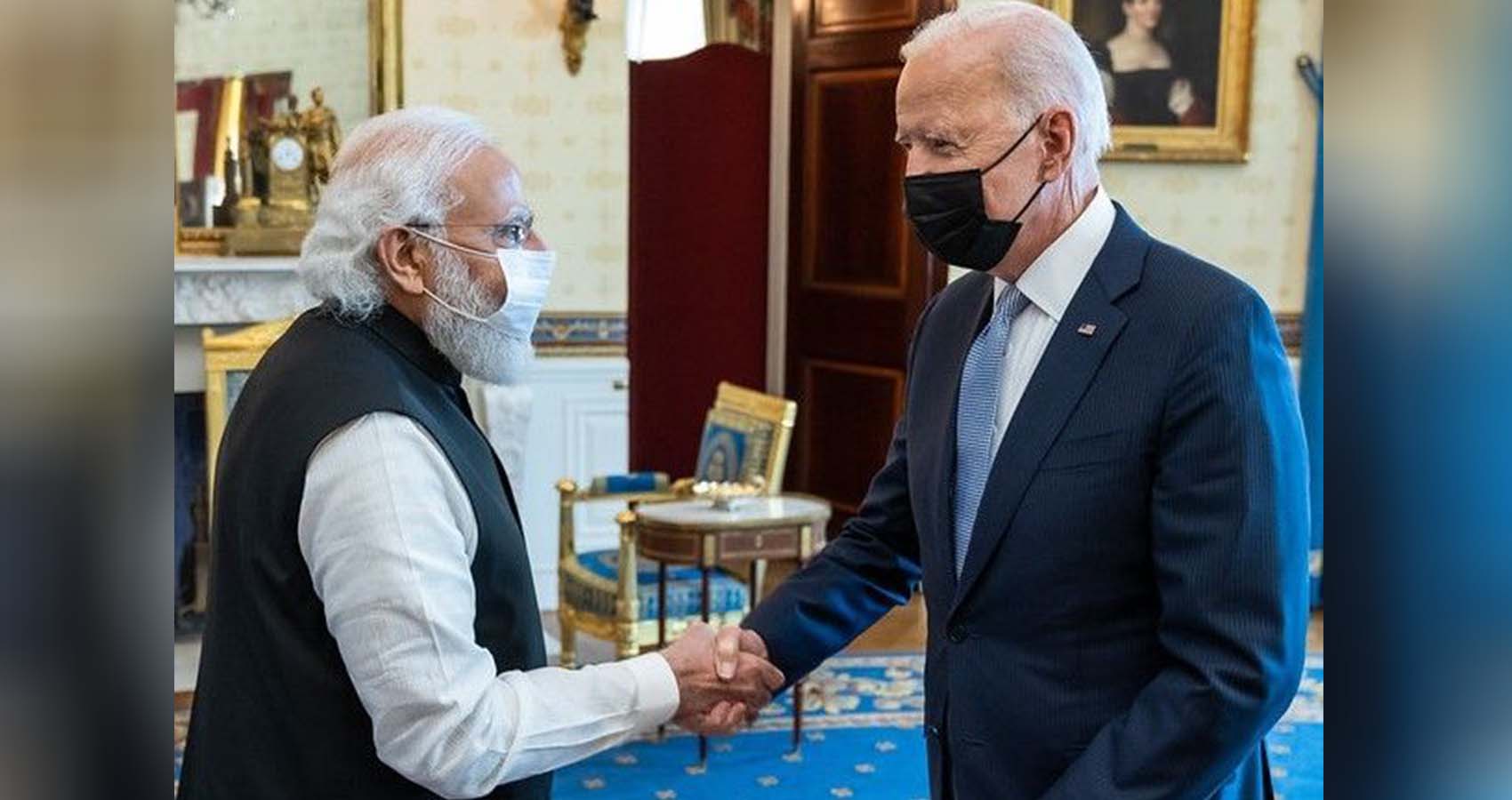 In a document invested with tremendous geopolitical significance, US President Joe Biden’s administration has outlined its Indo-Pacific strategy that would “support India’s continued rise and regional leadership” as Washington seeks to counter China’s attempts at global domination.

The long-awaited document released on Friday said, “We recognize that India is a like-minded partner and leader in South Asia and the Indian Ocean, active in and connected to Southeast Asia.” China’s “coercion and aggression” is acute “along the Line of Actual Control with India,” it said.

It said that as it continues to build its strategic partnership with India, the US will “contribute to a free and open Indo-Pacific” – a region where China confronts the US and other countries. The strategy plan said that the US would “steadily advance our Major Defense Partnership with India and support its role as a net security provider.”

India was given the Major Defense Partner designation in 2016 and the two countries have steadily built it up with several agreements for defense cooperation. 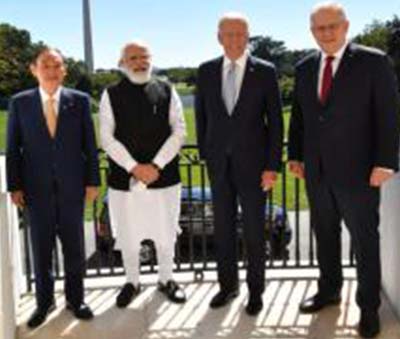 The document prepared mostly by the National Security Council and released a year after Biden assumed office sets out the plan for the Indo-Pacific, a region that his administration had said was going to be the focus of its diplomatic and strategic engagement.

Other developments like the withdrawal from Afghanistan and the standoff in Europe with Russia that is deploying a huge military force along the Ukraine border have come in the way, but now the Biden administration is reinforcing its commitment to the Indo-Pacific even as it says a Russian invasion is imminent.

Its release in Washington was timed to coincide with the meeting in Melbourne of the foreign ministers of the Quad, the group of India, the US, Japan and Australia that is emerging as the linchpin of the US strategy in the Indo-Pacific.

The strategy document warned, “The PRC (People’s Republic of China) is combining its economic, diplomatic, military, and technological might as it pursues a sphere of influence in the Indo-Pacific and seeks to become the world’s most influential power.”

A senior administration official who briefed reporters about the strategy document said that there was “a recognition that India is a critical strategic partner, and a desire to continue building on the very good work of previous administrations to significantly broaden and deepen that relationship.”

Working with India is seen “as a very, very high priority,” the official said. “There is tremendous appreciation of the importance and the challenges of strengthening the engagement with India and a recognition that India is a critical strategic partner,” according to the official.

Asked about the likelihood of a defense pact with India like the AUKUS – the alliance between the US, Australia and Britain – the official cited the different situation in India in regards to achieving such an agreement without explicitly ruling it out.

“Obviously, you know, India is in a very different place, in many ways, than Australia, than other countries,” the official said.

But the official added, “India faces very significant challenges. And I think that, you know, China’s behavior in the Line of Actual Control has had a galvanizing impact on India.”

“We see tremendous opportunities in working with another democracy, with a country that has a maritime tradition that understands the importance of the global commons to advance critical issues in the region,” the official said.

The official turned to the Quad as the vehicle for promoting strategic cooperation with India.

“Obviously, India’s role in the Quad, I think, is a very significant element of that, including the much-enhanced ability to speak frankly about issues in the region; to work together to deliver, you know, essentially, public goods that address, you know, challenges in the region, and to enhance ways in which we can coordinate,” the official said.

The strategy document promised to “bring together our Indo-Pacific and European partners in novel ways, including through the AUKUS partnership.”

“We will foster security ties between our allies and partners in the Indo-Pacific region and beyond, including by finding new opportunities to link our defense industrial bases, integrating our defense supply chains, and co-producing key technologies that will shore up our collective military advantages,” it added.

Highlighting the challenge from China, the strategic plan said, “We will focus on every corner of the region, from Northeast Asia and Southeast Asia, to South Asia and Oceania, including the Pacific Islands.”

“In a quickly changing strategic landscape, we recognize that American interests can only be advanced if we firmly anchor the United States in the Indo-Pacific and strengthen the region itself, alongside our closest allies and partners,” it said.

Injecting a note of urgency, the document said, “Our collective efforts over the next decade will determine whether the PRC succeeds in transforming the rules and norms that have benefitted the Indo-Pacific and the world.”

The document noted that many of the US allies and partners are also focusing on the region and support for enhancing US involvement in the region has support in the US across party lines.

The document acknowledges that the US illusions of changing China into a responsible democracy through engagement are dead. “Our objective is not to change the PRC but to shape the strategic environment in which it operates, building a balance of influence in the world that is maximally favorable to the United States, our allies and partners, and the interests and values we share,” the document said.

“We will also seek to manage competition with the PRC responsibly,” but will cooperate with Beijing in areas like climate change and nuclear nonproliferation,” it said. (From South Asia Monitor)