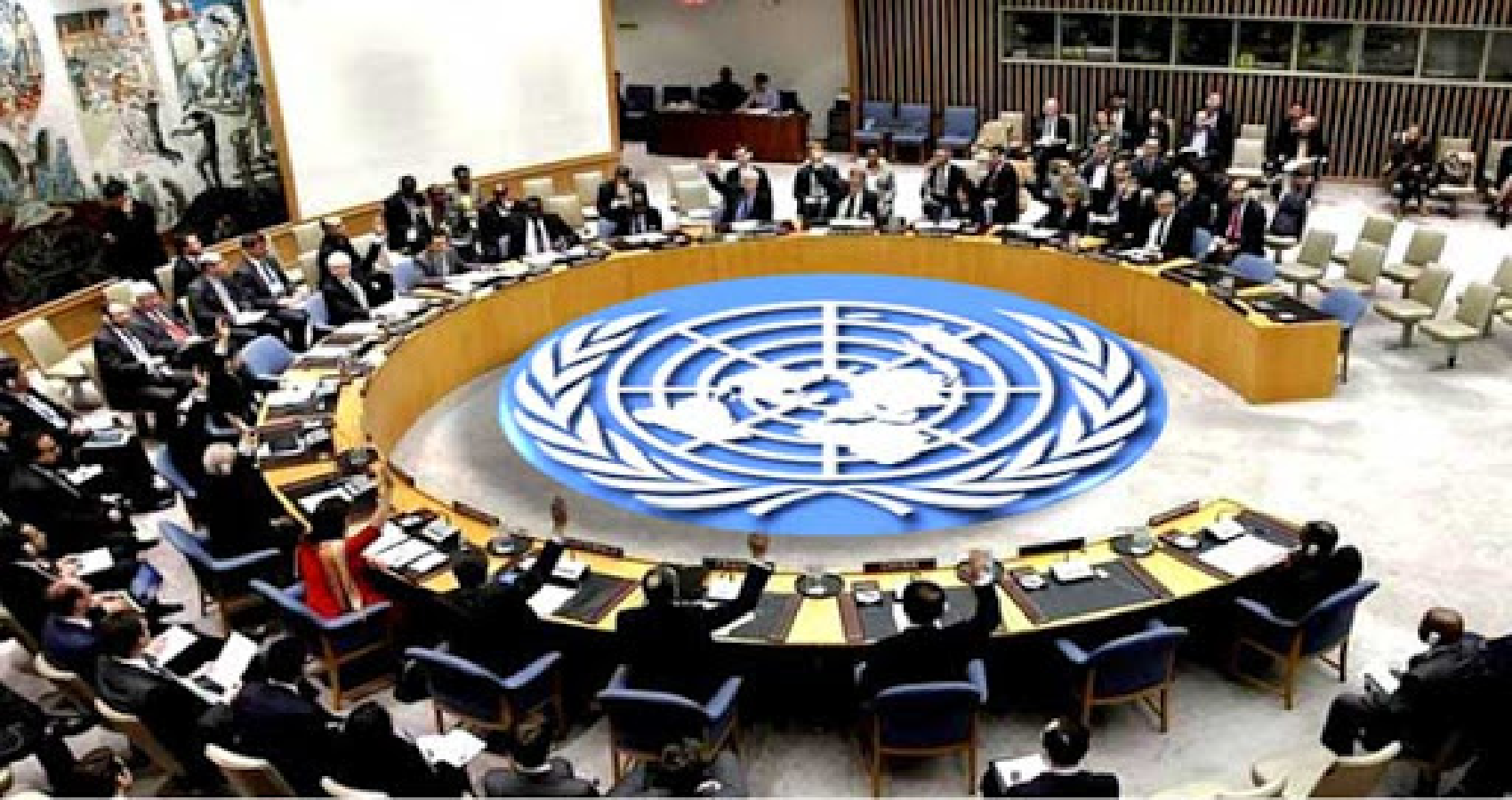 UNITED NATIONS: (IPS) – A new Cold War – this time, between the US and China —is threatening to paralyze the UN’s most powerful body, even as military conflicts and civil wars are sweeping across the world, mostly in Africa, the Middle East and Latin America.

The growing criticism against the Security Council is directed largely at its collective failures to resolve ongoing conflicts and political crises in several hot spots, including Syria, Yemen, Afghanistan, Iraq, Myanmar, Somalia, South Sudan, Ukraine and Libya — and its longstanding failure over Palestine.

The sharp divisions between China and Russia, on one side, and the Western powers on the other, are expected to continue, triggering the question: Has the Security Council outlived its usefulness or has it lost its political credibility?

The five big powers are increasingly throwing their protective arms around their allies, despite growing charges of war crimes, genocide and human rights violations against these countries.

Last week, Yasmine Ahmed, UK Director at Human Rights Watch, called on Britain “to step up as penholder on Myanmar and start negotiating a Security Council draft resolution on an arms embargo and targeted sanctions against the military”.

Over 580 people, including children, have been killed since the February 1 coup: “it is time for the Security Council to do more than issue statements and begin working towards substantive action,“ she warned.

But in most of these conflicts, including Myanmar, arms embargoes are very unlikely because the major arms suppliers to the warring parties are the five permanent members of the Security Council, namely the US, UK, France, Russia and China.

US President Joe Biden has described the growing new confrontation as a battle between democracies and autocracies.

In a recent analytical piece, the New York Times said China’s most striking alignment is with Russia, with both countries drawing closer after Russia’s annexation of Crimea in 2014. The two countries have also announced they will jointly build a research station on the moon, setting the stage to compete with US space programs.

“The threat of a US-led coalition challenging China’s authoritarian policies has only bolstered Beijing’s ambition to be a global leader of nations that oppose Washington and its allies,” the Times said.

Ian Williams, President of the New York-based Foreign Press Association and author of ‘UNtold: The Real Story of the United Nations in Peace and War’, told IPS that in the early years, with a secure majority in the General Assembly (GA), the US could pretend virtue and eschew using the veto. The embattled Soviets resorted it over and over.

“But as with so much UN and international law, the Israeli exception had the US making up for lost time. Now the Russians have been catching up with vetoes for Serbia and Syria”.

China, he pointed out, avoided using the veto unless Taiwan or Tibet was mentioned. In the old days there was a hint of an ideological element — Third World and Socialism versus Imperialism.

“But now it is entirely transactional, veto holders looking after their clients and allies, so no one should entertain illusions about China and Russia acting in a progressive and constructive way. But the US is no position to point fingers about Syria while it protects Saudi Arabia and Israel”.

“We can hope that the majority of members will grow indignant enough to try to effect indignation. But sadly, historical experience suggests many governments have almost unlimited tolerance for mass murder in far-away countries of which they know little,” he noted, including Darfur, the Balkans, Rwanda and now Myanmar.

The breakthrough would be the US saying, end the Occupation and then inviting others to join in a reaffirmation of the Charter.

“But since I don’t really believe in the tooth fairy, I would have to settle for a coalition of the conscious-stricken in the GA united for peace – and international law and order”, said Williams, a senior analyst who has written for newspapers and magazines around the world, including the Australian, The Independent, New York Observer, The Financial Times and The Guardian.

Asked about the killings in Myanmar, and the lack of action in the UNSC, Secretary-General Antonio Guterres told reporters on March 29: “We need more unity in international community. We need more commitment in the international community to put pressure in order to make sure that the situation is reversed. I’m very worried. I see, with a lot of concern, the fact that, apparently, many of these trends look irreversible, but hope is the last thing we can give up on.”

Vijay Prashad, Executive Director, Tricontinental: Institute for Social Research, who has written extensively on international politics, told IPS the United Nations is an essential institution, a process, in many ways, rather than a fully-finished institution.

The agencies of the UN – including WHO, UNICEF, UNHCR, he said, provide vital service to the world’s peoples; “and we need to make these institutions more robust, and we need to ensure that they drive a public agenda that advances the UN Charter’s main goals (namely to maintain peace, to end hunger and illiteracy, to provide the basis for a rich life, in sum).”

The Security Council is a victim of the political battles in the world, he argued.  “There is no way to build a better framework to handle the major power differentials”., said Prashad, author of 30 books, including most recently ‘Washington Bullets’ (justifyWord, Monthly Review),

“It would be far better to empower the UN General Assembly, which is more democratic, but since the 1970s we have seen how the US – in particular – undermined the UNGA to take decision making almost exclusively to the UNSC”. 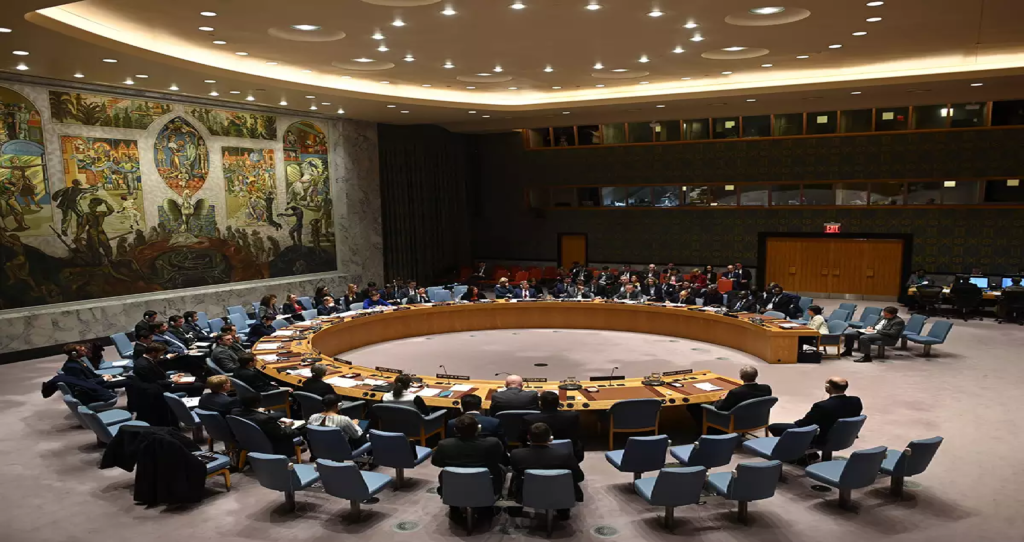 Ever since the fall of the USSR, he said, the UN Secretary-General has become subservient to the US government (“we saw this shockingly with the treatment of former Secretary-General Boutros Boutros-Ghali”).  The new ‘Group of Friends to Defend the UN Charter’, which includes China and Russia, is a positive development, said Prashad.

US Ambassador Linda Thomas-Greenfield told reporters on March 31: “And then in terms of working with my counterparts in the Security Council, I know that there are areas – and this is a discussion that I’ve had – with both my Russian and Chinese colleagues – we know that there are red lines”.

“There are areas where we have serious concerns, and we’ve been open and we’ve been frank about those concerns. In China, what is happening with the Uyghurs, for example. With Russia, in Syria, and there are many others. We know what the red lines are”, she added.

“We tried to bridge those gaps, but we also try to find those areas where we have common ground. We’ve been able to find common ground on Burma (Myanmar). With the Chinese, we’re working on climate change in, I think, a very positive way. We’re not in the exact same place, but it’s an area where we can have conversations with each other.”

“So as the top U.S. diplomat in New York, it is my responsibility to find common ground so that we can achieve common goals, but not to give either country a pass when they are breaking human rights values or pushing in directions that we find unacceptable,” she declared.

Meanwhile, harking back to a bygone era, during the height of the Cold War between the United States and the Soviet Union in the 1960s, the United Nations was the ideological battle ground where the Americans and the Soviets pummeled each other– either on the floor of the General Assembly hall or at the horse-shoe table of the UN Security Council.

Perhaps one of the most memorable war of words took place in October 1962 when the politically-feisty US Ambassador Adlai Stevenson (1961-65), a two-time Democratic US presidential candidate, challenged Soviet envoy Valerian Zorin over allegations that the USSR, perhaps under cover of darkness, had moved nuclear missiles into Cuba—and within annihilating distance of the United States.

Speaking at a tense Security Council meeting, Stevenson admonished Zorin: “I remind you that you didn’t deny the existence of these weapons. Instead, we heard that they had suddenly become defensive weapons. But today — again, if I heard you correctly — you now say they don’t exist, or that we haven’t proved they exist, with another fine flood of rhetorical scorn.”

“All right sir”, said Stevenson, “let me ask you one simple question. Do you, Ambassador Zorin, deny that the USSR has placed and is placing medium and intermediate range missiles and sites in Cuba?” “Yes or No? Don’t wait for the translation: Yes or No?”, Stevenson insisted with a tone of implied arrogance.

Speaking in Russian through a UN translator (who faithfully translated the US envoy’s sentiments into English), Zorin shot back: “I am not in an American courtroom, sir, and therefore I do not wish to answer a question that is put to me in the fashion in which a prosecutor does. In due course, sir, you will have your reply. Do not worry.”

Not to be outwitted, Stevenson howled back: “You are in the court of world opinion right now, and you can answer yes or no. You have denied that they exist. I want to know if …I’ve understood you correctly.”

When Zorin said he will provide the answer in “due course”, Stevenson famously declared: “I am prepared to wait for my answer until hell freezes over.”

*Thalif Deen is the author of a newly-released book on the United Nations titled “No Comment – and Don’t Quote Me on That.” The 220-page book is filled with scores of anecdotes– from the serious to the hilarious– and is available on Amazon worldwide and at the Vijitha Yapa bookshop in Sri Lanka. The links follow: