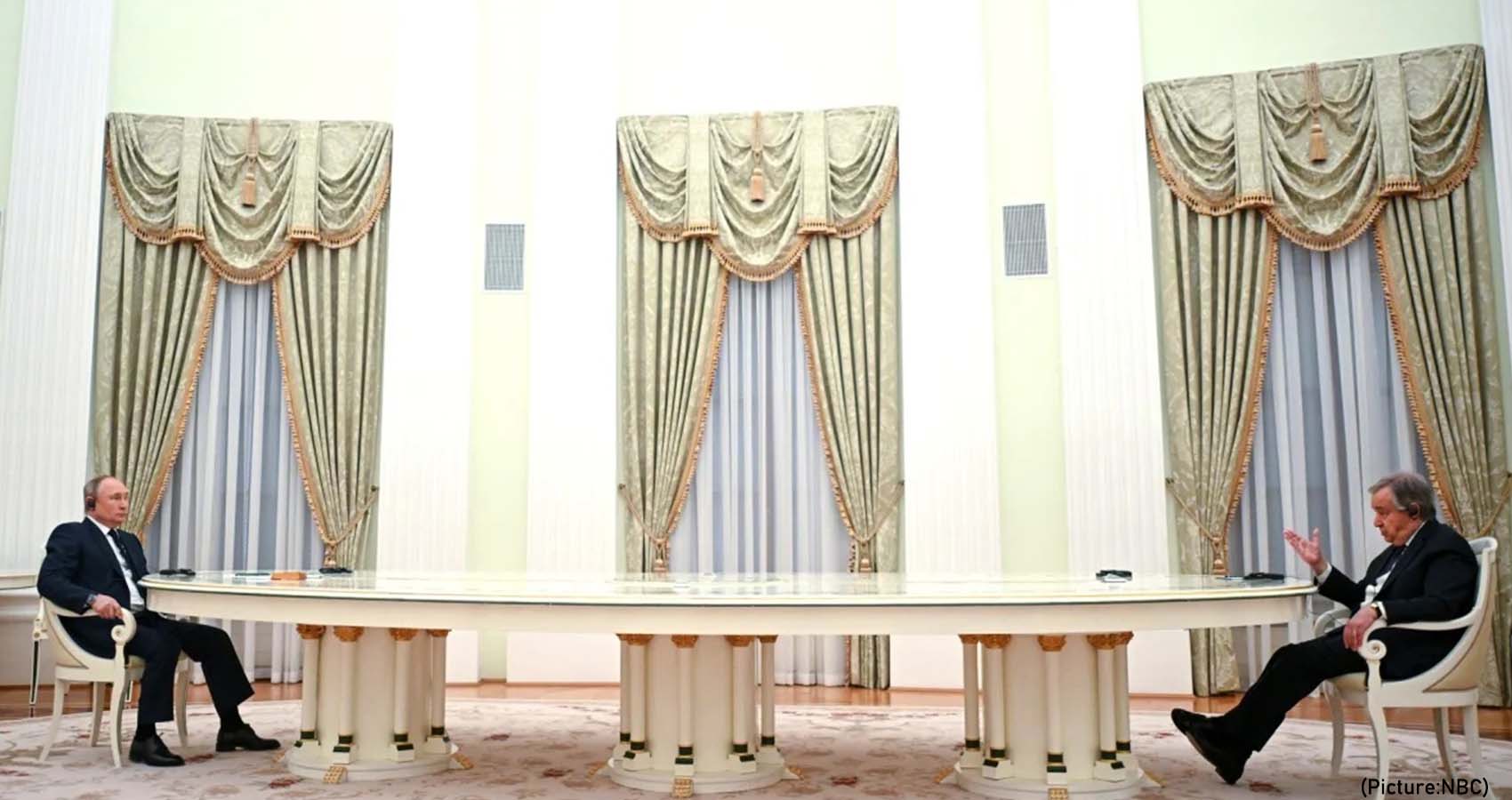 U.N. Secretary-General Antonio Guterres and Russian President Vladimir Putin met one-on-one Tuesday for the first time since Russia invaded Ukraine, and the United Nations said they agreed on arranging evacuations from a besieged steel plant in the battered city of Mariupol.

U.N. spokesman Stephane Dujarric said the Russian leader and U.N. chief discussed “proposals for humanitarian assistance and evacuation of civilians from conflict zones, namely in relation to the situation in Mariupol.”

They also agreed in principle, he said, that the United Nations and the International Committee of the Red Cross should be involved in the evacuation of civilians from the Azovstal steel complex where Ukrainian defenders in the southeastern city are making a dogged stand.

Discussions will be held with the U.N. humanitarian office and the Russian Defense Ministry on the evacuation, Dujarric said.

Guterres criticized Russia’s military action in Ukraine as a flagrant violation of its neighbor’s territorial integrity and urged Russia to allow the evacuation of civilians trapped at the steel mill.

Putin responded by claiming that Russian troops have offered humanitarian corridors to civilians holed up at the plant. But, he said, the Ukrainian defenders of the plant were using civilians as shields and not allowing them to leave. 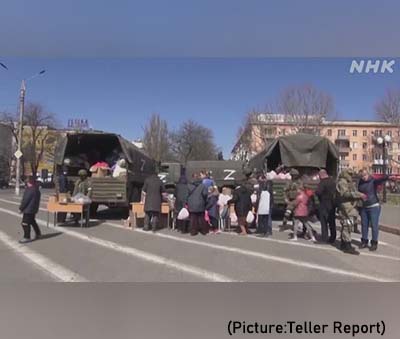 The sprawling Azovstal site has been almost completely destroyed by Russian attacks, but it is the last pocket of organized Ukrainian resistance in Mariupol. An estimated 2,000 soldiers and 1,000 civilians are said to be holed up in fortified positions underneath the wrecked structures.

In an interview with The Associated Press on Monday ahead of Guterres’ visit, Ukrainian Foreign Minister Dmytro Kuleba noted the failure of other foreign officials who visited Moscow to achieve results, and he urged the U.N. chief to press Russia for an evacuation of Mariupol. “This is really something that the U.N. is capable to do,” Kuleba said.

Guterres flew to Rzeszow, Poland, from Moscow late Tuesday and was met by Polish President Andrzej Duda. He is to go to Kyiv for meetings Thursday with Ukrainian President Volodymyr Zelenskyy and Kuleba, and his meeting with Putin is expected to top the agenda.

Many analysts have low expectations for Guterres’ diplomatic foray into the Ukraine war. But U.N. deputy spokesman Farhan Haq was unusually optimistic Monday ahead of the Moscow meetings, telling reporters Guterres “thinks there is an opportunity now” and “will make the most” of his time on the ground talking to the leaders and see what can be achieved.

Since Russia invaded Ukraine on Feb. 24, Guterres has accused the Russians of violating the U.N. Charter, which calls for peaceful settlement of disputes.

He also has repeatedly called for a cessation of hostilities, most recently appealing unsuccessfully last Tuesday for a four-day “humanitarian pause” leading up to the Orthodox Easter holiday on Sunday.

The U.N. crisis coordinator in Ukraine, Amin Awad, followed up Sunday by calling for an immediate halt to fighting in Mariupol to allow an estimated 100,000 trapped civilians to evacuate.

To deal with “the crisis within a crisis in Mariupol,” he proposed coordination between the U.N., Red Cross, and Ukrainian and Russian forces to enable the evacuation of civilians who want to leave “both inside and outside the Azovstal plant and in the city, in any direction they choose, and to deliver the humanitarian aid required.”

The U.N. chief also proposed establishing a Humanitarian Contact Group comprising Russia, Ukraine and the United Nations “to look for opportunities for the opening of safe corridors, with local cessations of hostilities, and to guarantee that they are actually effective.”

Dujarric made no mention of a broader evacuation of civilians from Mariupol or Guterres’ Humanitarian Contact Group, but getting civilians out of the steel plant would be an important step.

On Saturday, a Ukrainian military unit released a video reportedly taken two days earlier in which women and children holed up underground in the plant, some for as long as two months, said they longed to see the sun.