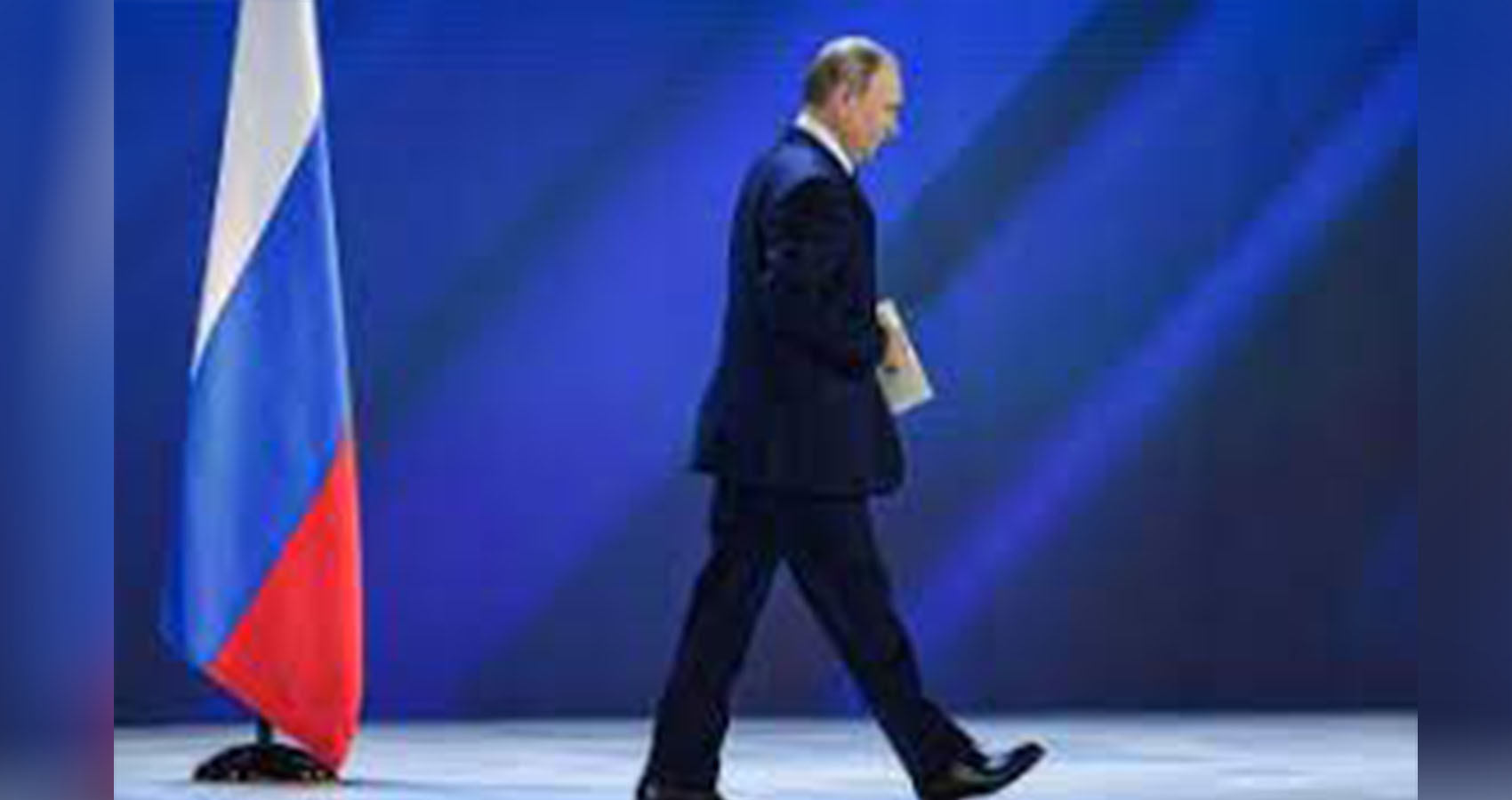 Finger pointing in the blame game over Russia’s Ukraine incursion obscures the damage it is doing on many fronts. Meanwhile, billions struggle to cope with worsening living standards, exacerbated by the pandemic and more.

Losing sight in the fog of war

US Secretary of State Anthony Blinken insists, “the Russian people will suffer the consequences of their leaders’ choices”. Western leaders and media seem to believe their unprecedented “crushing sanctions” will have a “chilling effect” on Russia.

With sanctions intended to strangle Russia’s economy, the US and its allies somehow hope to increase domestic pressure on Russian President Vladimir Putin to retreat from Ukraine. The West wants to choke Russia by cutting its revenue streams, e.g., from oil and gas sales to Europe.

Already, the rouble has been hammered by preventing Russia’s central bank from accessing its US$643bn in foreign currency reserves, and barring Russian banks from using the US-run global payments transfer system, SWIFT. 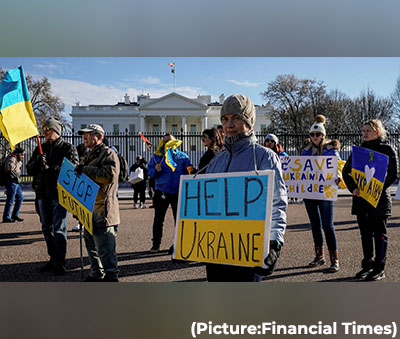 Withdrawal of major Western transnational companies – such as Shell, McDonald’s and Apple – will undoubtedly hurt many Russians – not only oligarchs, their ostensible target.

Thus, Blinken’s claim that “The economic costs that we’ve been forced to impose on Russia are not aimed at you [ordinary Russians]” may well ring hollow to them. They will get little comfort from knowing, “They are aimed at compelling your government to stop its actions, to stop its aggression”.

As The New York Times notes, “sanctions have a poor record of persuading governments to change their behavior”. US sanctions against Cuba over six decades have undoubtedly hurt its economy and people.

But – as in Iran, North Korea, Syria and Venezuela – it has failed to achieve its supposed objectives. Clearly, “If the goal of sanctions is to compel Mr. Putin to halt his war, then the end point seems far-off.”

Undoubtedly, Russia no longer has the industrial and technological edges it once had. Following Yeltsin era reforms in the early 1990s, its economy shrank by half – lowering Russian life expectancy more than anywhere else in the last six millennia!

Russia has become a major primary commodity producer – not unlike many developing countries and the former settler colonies of North America and Australasia. It is now a major exporter of crude oil and natural gas.

It is also the largest exporter of palladium and wheat, and among the world’s biggest suppliers of fertilizers using potash and nitrogen. On 4 March, Moscow suspended fertilizer exports, citing “sabotage” by “foreign logistics companies”.

Farmers and consumers will suffer as yields drop by up to half. Sudden massive supply disruptions will thus have serious ramifications for the world economy – now more interdependent than ever, due to earlier globalization.

No country is immune, including those imposing sanctions. But the worst hit are poor countries, particularly in Africa, already struggling with rising fuel and food prices.

For Georgieva, more inflation – due to Russian sanctions – is the greatest threat to the world economy. “The surging prices for energy and other commodities – corn, metals, inputs for fertilizers, semiconductors – coming on top of already high inflation” are of grave concern to the world.

Russia and Ukraine export more than a quarter of the world’s wheat while Ukraine is also a major corn exporter. Supply chain shocks and disruptions could add between 0.2% to 0.4% to ‘headline inflation’ – which includes both food and fuel prices – in developed economies over the coming months.

US petrol prices jumped to a 17-year high in the first week of March. The costs of other necessities, especially food, are rising as well. US Treasury Secretary Janet Yellen has acknowledged that the sanctions are worsening US inflation.

The European Union (EU) gets 40% of its natural gas from Russia. Finding alternative supplies will be neither easy nor cheap. The EU is Russia’s largest trading partner, accounting for 37% of global trade in 2020. Thus, sanctions may well hurt Europe more than Russia – like cutting one’s nose to spite one’s face.

The European Central Bank now expects stagflation – economic stagnation with inflation, and presumably, rising unemployment. It has already slashed its growth forecast for 2022 from 4.2% to 3.7%. Inflation is expected to hit a record 5.1% – way above its previous 3.2% forecast!

Developing countries worse victims
Global food prices are already at record highs, with the Food Price Index (FPI) of the Food and Agricultural Organization up more than 40% over the past two years.

The FPI hit an all-time high in February – largely due to bad weather and rising energy and fertilizer costs. By February 2022, the Agricultural Commodity Price Index was 35% higher, while maize and wheat prices were 26% and 23% more than in January 2021.

Besides shortages and rising production costs – due to surging fuel and fertilizer prices – speculation may also push food prices up – as in 2007-2008.

Signs of such speculation are already visible. Chicago Board of Trade wheat future prices rose 40% in early March – its largest weekly increase since 1959!

Rising food prices impact people in low- and middle-income countries more as they spend much larger shares of their incomes on food than in high-income countries. The main food insecurity measure has doubled in the past two years, with 45 million people close to starvation, even before the Ukraine crisis.

Countries in Africa and Asia rely much more on Russian and Ukrainian grain. The World Bank has warned, “There will be important ramifications for the Middle East, for Africa, North Africa and sub-Saharan Africa, in particular”, where many were already food insecure before the incursion.

The Ukraine crisis will be devastating for countries struggling to cope with the pandemic. Unable to access enough vaccines or mount adequate responses, they already lag behind rich countries. The latest food and fuel price hikes will also worsen balance-of-payments problems and domestic inflationary pressures.

The African proverb, “When two elephants fight, all grass gets trampled”, sums up the world situation well. The US and its allies seem intent to ‘strangle Russia’ at all costs, regardless of the massive collateral damage to others.

This international crisis comes after multilateralism has been undermined for decades. Hopes for reduced international hostilities, after President Biden’s election, have evaporated as US foreign policy double standards become more apparent.

Russia has little support for its aggressive violation of international law and norms. Despite decades of deliberate NATO provocations, even after the Soviet Union ended, Putin has lost international sympathy with his aggression in Ukraine.

But there is no widespread support for NATO or the West. Following the vaccine apartheid and climate finance fiascos, the poorer, ‘darker nations’ have become more cynical of Western hypocrisy as its racism becomes more brazen.