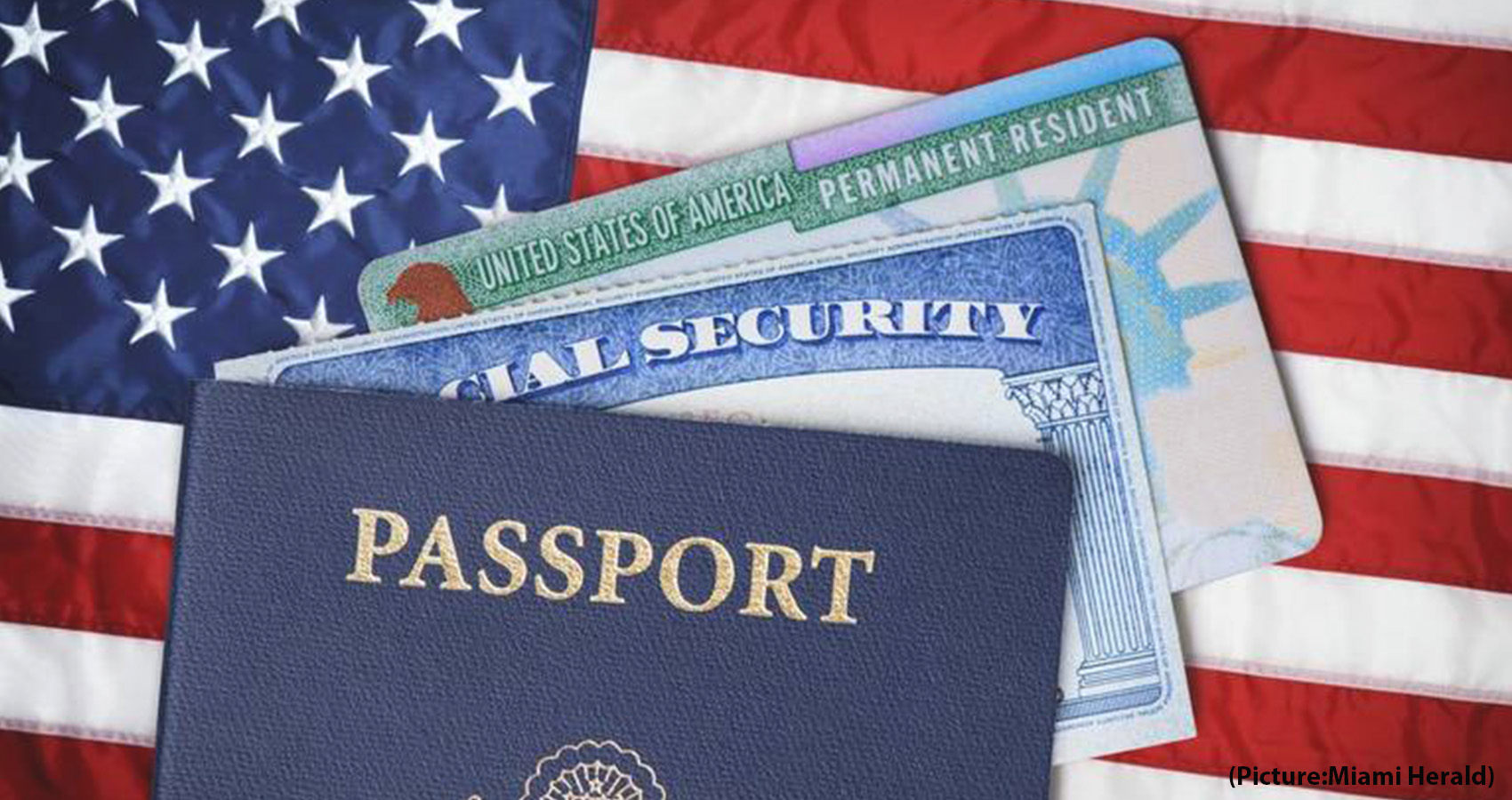 Last spring, Tera Wages was looking forward to a mid-July trip to Casa Chameleon Hotel in Costa Rica when a friend happened to mention the U.S. passport renewal process, which has been suffering delays during the pandemic. Wages panicked, realizing she hadn’t checked the expiration date on her own passport. “You could have sucked the air out of the room in that moment,” she says.

Sure enough, both Wages’s and her partner’s passports had expired during the pandemic. Wages immediately sent them off to USPS, four weeks before they were set to depart—exactly the time the U.S. Department of State said passport renewals were estimated to take back in the spring. But mere days prior to scheduled travel, the Alabama-based couple was still passport-less, despite herculean efforts to secure an in-person agency appointment through a case worker assigned to them by Congressman Mo Brooks’s office. 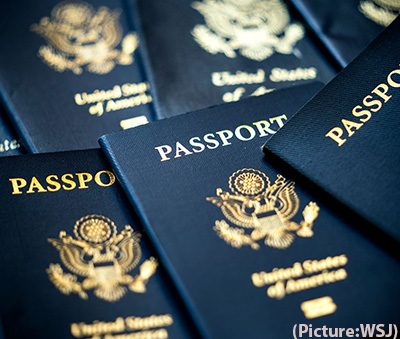 “Ultimately we realized our case worker was not able to make anything happen,” Wages says. “We’d spent hours refreshing the page to get appointments, and nothing was becoming available. We decided there was no way [we could still go on the trip].”

Situations like Wages’s are common right now, with many Americans being forced to cancel international trips due to expired passports, and a long and frustrating renewal process. Though travel agents have always recommended giving the government a few months to process a U.S. passport renewal, the timeline is now much more complicated. Processing times are currently up to three times longer for both routine and expedited passport renewal services compared to before the pandemic.

Due to a huge influx of requests as the world reopens, travelers who need to renew (either in person or via mail) will have to allow extra time to do so. The best advice? Check your passport expiration date now—whether you have a trip planned or are just dreaming of one—and don’t forget many international destinations require your passport to be valid for six months from your planned return date to the United States.

We tapped travel experts to answer common questions about U.S. passport renewal right now. Read on for the advice, including what to do if you have an upcoming trip.

“We’ve seen varying timelines, but generally the passport renewal process can take anywhere from four to 18 weeks via mail, with in-person meetings even harder to come by,” says John Spence, USA president for luxury tour operator Scott Dunn. The government’s passport renewal website says travelers should be prepared to wait up to 18 weeks from the day their mailed-in passport reaches a processing facility.

Any travelers who can provide proof of necessary urgent travel, such as life-or-death emergencies, or can show that their trip is within 72 hours, though, are given the chance to score an in-person appointment, Spence says. “However, we wouldn’t count on this unless it’s a last resort,” he adds.

If you are able to get an in-person appointment at one of the government’s 26 passport agencies or centers in the country, a passport agent will review your application and potentially issue a passport on the spot, if you’re eligible for one. Or, the agent may ask you to return at a specific time to receive it, depending on the agency, their workload, and the date of anticipated travel.

Appointments at these centers have been so scarce, however, and in such high demand, that some who’ve been able to secure one have taken to selling them illegally to other travelers. Wages says that in researching how to get appointments online in their attempt to continue with their Costa Rica trip, they discovered users on Reddit who would post appointments for sale—starting around $200—as soon as someone canceled or more spots opened up.

In a briefing on July 14, Deputy Assistant Secretary for Passport Services Rachel Arndt addressed the situation, condemning this behavior. “We are aware of the issues and we are working to prevent them,” she said. “The Department of State does not charge a fee to solely book an emergency appointment at one of our agencies or centers, so if anyone receives a request for payment for scheduling a U.S. passport appointment, that should be considered fraudulent.”

As a result, on July 21 the Department of State temporarily disabled the online appointment booking system for urgent travel service. No timeframe was specified as to when online booking for appointments will open back up. In the meantime, you must call to make an appointment (though Traveler editors have been unable to get through in recent days, with the call dropping off after the initial menu).

What to do if you need a passport, fast

If not being able to renew your passport could mean cancellation of a major trip, it makes sense you might consider extreme measures to score an appointment—even if that means paying for one. However, Spence says he’d never recommend illegally purchasing an appointment. “Although it’s tedious, we always advise going through the official application and renewal process through your local passport agency,” he says.

One creative way to potentially move quickly through the official channels? Contact your local representative, including the office of your U.S. senator or congressional representative, and ask for help getting an appointment, says Bahar Schmidt, founder and CEO of high-end travel resale marketplace Eluxit. She says that a client set to travel to Mexico realized last minute that their passport was expired. With travel in two days and no luck booking an appointment with the Department of State, they contacted their government representative and were able to get assistance—and continue with their planned trip, fresh passport in hand.

“I would probably recommend that route,” Schmidt says.”Reaching out to anyone who may [be able to] help in a crisis is worth a try.” Every district is different, so you’ll need to do some research to find the right person to call; more than likely, though, it will be your U.S. congressional representative who might be able to help in the eleventh hour. That said, it’s not a guarantee that lawmakers in either the House or Senate will be able to assist in a timely manner, as Wages experienced with her caseworker.

Of course, if you’re in panic mode and willing to throw money at the problem, there are always third-party passport services you can pay to handle your renewal. Throughout the summer, many passport application and renewal services—some of which traditionally advertise 24-hour turnarounds—have posted notices to customers that they cannot guarantee rapid renewals, though some are advertising wait times shorter than the government’s. RushMyPassport is a service Traveler staffers have used for a guaranteed 4-week return time, for $189. Another, GenVisa, says they will be able to offer passport renewals within 7 to 10 business days beginning in early August for $370.

What about the government’s expedited service?

During COVID, the government temporarily suspended expedited passport processing for customers applying at acceptance facilities or renewing passports via mail. However, expedited service resumed in September 2020. You can pay an additional $60 to receive your passport renewal faster; however, the turnaround time is also delayed and may take up to 12 weeks.

What should I expect if I renew by mail?

Mailing your passport without knowing when it may be returned is daunting. But within seven to 10 business days of mailing it, you should be able to track your application status through this page. Enter your last name, date of birth, last four digits of your social security number, and a security code.

Always take a photo of your passport before sending it in for renewal, says Spence. “If your passport happens to get lost in the mail, you at least have a copy to refer to, and this will save you additional time and effort to renew it.”

If the worst happens and you can’t get a passport in time, you can always book a domestic trip instead. Wages, who is still passport-less, ended up booking a weekend getaway to The Goodtime Hotel in Miami Beach with her husband. Though she says the experience was a “10 out of 10,” it was still a consolation to the international vacation they didn’t get to take. Still, Wages acknowledges it could have been worse. “We’re fortunate our [travel] was not an emergency and that we have the privilege to be able to reschedule and plan again,” she says. “But for people who don’t have that ability, it would be really tough.”

This article has been updated with new information since its original publish date. We’re reporting on how COVID-19 impacts travel on a daily basis. Find our latest coronavirus coverage here, or visit our complete guide to COVID-19 and travel.