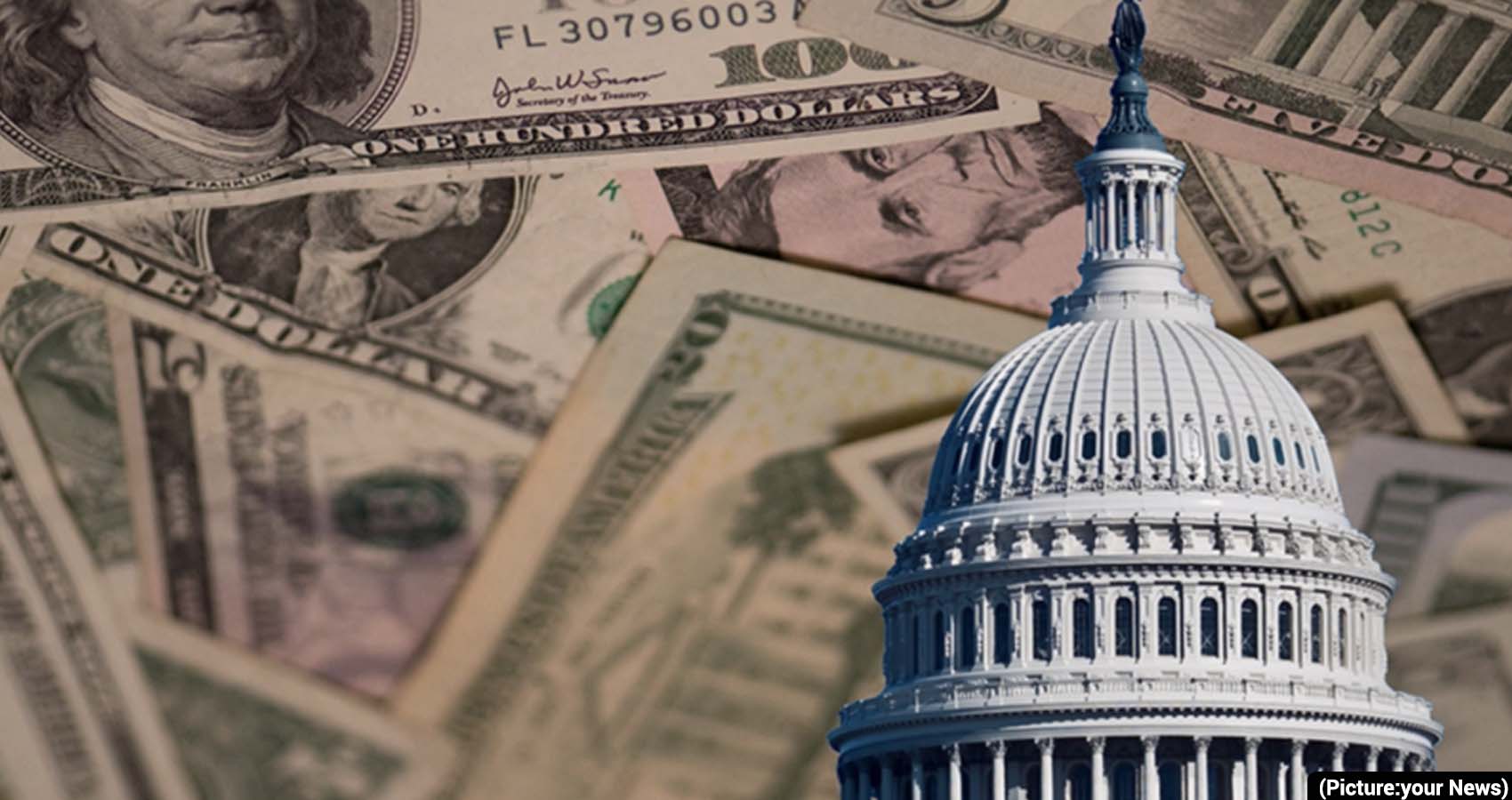 The U.S. national debt has surpassed $30 trillion, the highest it’s ever been, as borrowing surged during the COVID-19 pandemic, according to data published by the Treasury Department on Tuesday.

National debt skyrocketed pandemic, but the nation reached the milestone much earlier than projected as a result of the trillions in federal spending being used to combat the pandemic, the New York Times reported.

‘Hitting the $30 trillion mark is clearly an important milestone in our dangerous fiscal trajectory,’ Michael Peterson, head of the Peter G. Peterson Foundation, told the Times.

‘For many years before Covid, America had an unsustainable structural fiscal path because the programs we’ve designed are not sufficiently funded by the revenue we take in,’ he added.

In January 2020, the Congressional Budget Office projected that the national debt would reach $30 trillion by the end of 2025. But it was reached much sooner due to the pandemic.

The $5 trillion used to combat the pandemic, which was used to fund jobless benefits, financial support for small businesses and stimulus payments, was financed with borrowed money, the Times reported.

The federal government now owes almost $8 trillion to foreign investors, led by Japan and China, which must be repaid with interest, according to CNN.

‘That means American taxpayers will be paying for the retirement of the people in China and Japan, who are our creditors,’ David Kelly, chief global strategist at JPMorgan Asset Management, explained to CNN Business.

The national debt has been skyrocketing since the Great Recession when the debt was $9.2 trillion in December 2007,  according to Treasury data.

‘Covid exacerbated the problem. We had an emergency situation that required trillions in spending,’ said Michael Peterson, CEO of the Peterson Foundation. ‘But the structural problems we face fiscally existed long before the pandemic.