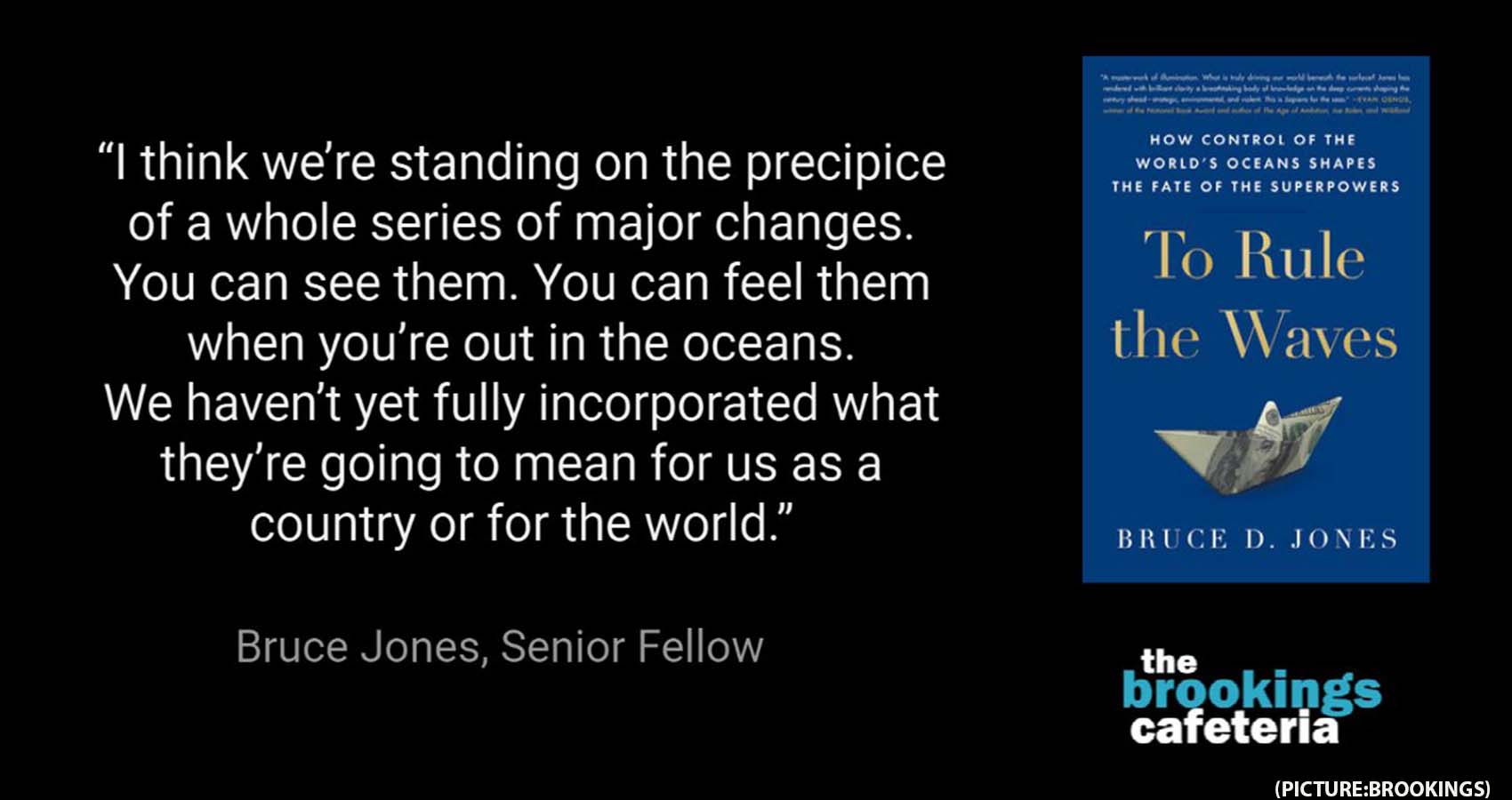 For centuries, oceans were the chessboard on which empires battled for dominance. But in the nuclear age, air power and missile systems dominated our worries about security, and for the United States, the economy was largely driven by domestic production, with trucking and railways that crisscrossed the continent the primary modes of commercial transit. All that has changed, as nine-tenths of global commerce and the bulk of energy trade is today linked to sea-based flows. A brightly-painted 40-foot steel shipping container loaded in Asia with twenty tons of goods may arrive literally anywhere else in the world; how that really happens and who actually profits by it show that the struggle for power on the seas is a critical issue today. 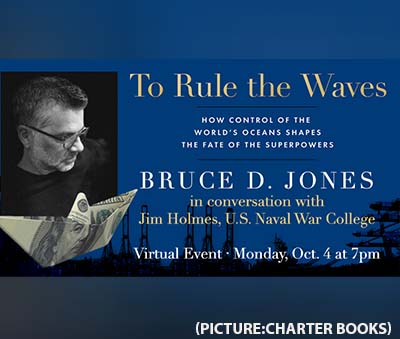 Now, in bright, closely observed prose, Bruce Jones conducts us on a fascinating voyage through the great modern ports and naval bases of this era—from the vast container ports of Shanghai and Hong Kong to the vital naval base of the American 7th fleet in Hawaii to the sophisticated security arrangements in the port of New York. Along the way, the book illustrates how global commerce works, that we are amidst a global naval arms race, and why the oceans are so crucial to America’s standing going forward.

As Jones reveals, the three great geopolitical struggles of our time—for military power, for economic dominance, and over our changing climate—are playing out atop, within, and below the world’s oceans. The essential question, he shows, is this: who will rule the waves and set the terms of the world to come?

Bruce D. Jones directs the Project on International Order and Strategy of the Foreign Policy program at the Brookings Institution, where for four years he was also vice president. He has lived and worked in Asia, Africa, and Europe, including serving with UN operations in Kosovo and the Middle East. He has documented the changing dynamics of world power in several previous books about international affairs. He has been a senior advisor to the World Bank and has lectured or been a nonresident fellow at Princeton, Stanford, Yale, and New York University.

“Jones has managed to write an important book about foreign policy without delivering an impenetrable tome. He handles his reporting deftly, keeping the reader engaged as he roams from a Cold War-era submarine base beneath a Norwegian mountain, recently reactivated in anticipation of conflicts in the Arctic, to the bridge of a missile-equipped command vessel in the Pacific. And he deftly diagrams the connections between economic policy and national security.” —Wall Street Journal

“[To Rule the Waves] revives an old strategic tenet: Who rules the oceans rules the world. Traveling around the world, Jones examines the geopolitics of ocean power. Along the way, he looks into the history of standardized shipping, courtesy of the multimodal container, and delves into what are likely to be future patterns of energy use. The author’s points are well taken . . . knowledgeable.” —Kirkus Reviews

“This is nothing short of a masterwork of illumination. What is truly driving our world beneath the surface? Jones has rendered with brilliant clarity a breathtaking body of knowledge on the deep currents shaping the century ahead—strategic, environmental, and violent. This is Sapiens for the seas; there is true knowledge on every page.” —Evan Osnos, winner of the National Book Award and author of The Age of Ambition, Joe Biden, and Wildland

“Bruce Jones vividly shows how what happens on the oceans determines so much of what happens on land—from the massive fleets of container ships that make possible our world economy to the growing seaborne rivalry that is adding to the tensions between the United States and China. In lively prose, he also takes readers on a remarkable voyage around the world, from a submarine base carved deep into a fjord in northern Norway, to the world’s largest container port on reclaimed land off Shanghai, to a tiny island in the Red Sea that is a flashpoint in world affairs. Along the way we meet a diverse cast of characters who ride the global waves.” —Daniel Yergin, Pulitzer Prize–winning author of The New Map: Energy, Climate, and the Clash of Nations, The Quest, and The Prize

“A brilliant, compelling, and clear-eyed view of the central challenge the US confronts in the new dynamics of great power competition. In To Rule the Waves, Bruce Jones provides a wonderfully accessible, highly readable assessment of the maritime components of the new geopolitics. This masterful analysis is a must read for anyone interested in geopolitics and American strategy.” —General David Petraeus, US Army (Ret.); former commander of the surge in Iraq, US Central Command, and the International Security Assistance Force in Afghanistan; and former director of the CIA

“To Rule the Waves is fascinating for its fresh perspective and engaging prose. I learned a great deal, as will anyone who wants to understand the enormous challenges that confront NATO, the EU, and the West as a whole.” —Javier Solana, former secretary-general of NATO and former EU high representative for common foreign and security policy

“Bruce Jones’s book takes us on a fascinating journey that connects history, geopolitics, trade, and climate change from the unique perspective of the oceans. His insightful exposé of the many challenges of our interconnected, global world reveals the tensions between the great powers today.” —Susana Malcorra, co-chair of the board, International Crisis Group; former UN deputy secretary-general; former Argentinian foreign minister; and former chair of the WTO Ministerial Conference

“The world’s oceans will remain a central arena of competition between the United States and China for decades. In this sweeping analytical history, Bruce Jones explains why. With engaging prose and fresh assessments, he weaves a narrative about how navies, commercial transportation, digital cables, energy, and climate change interact to make control of the oceans the main source of struggle among the superpowers. Both as writing and analysis, To Rule the Waves is a masterpiece.” —Michael McFaul, Stanford University