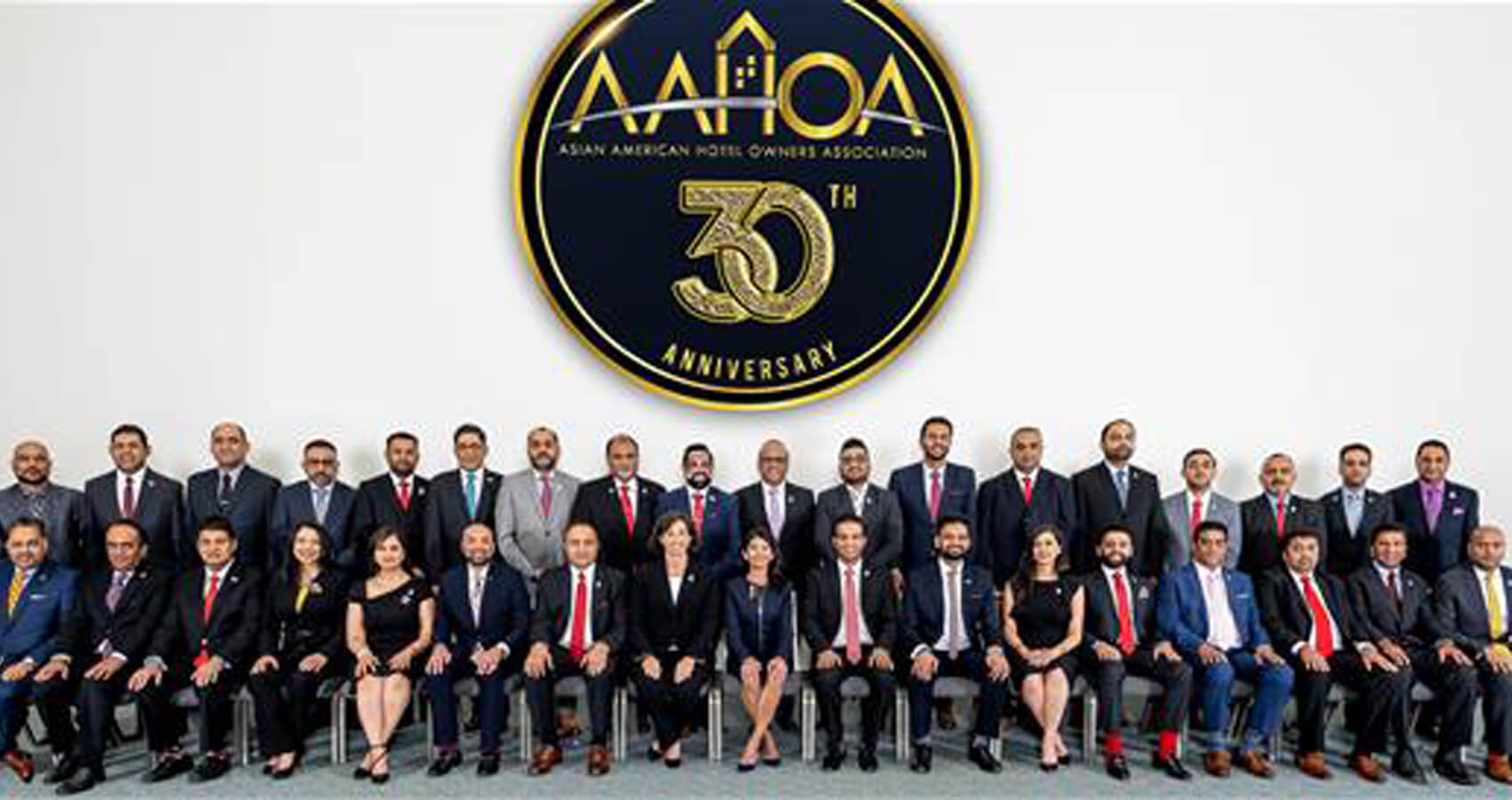 AHOA VICE CHAIR Vinay Patel has been appointed to a two-year term on the U.S. Travel and Tourism Advisory Board. The board advises the secretary of commerce on issues facing the travel and tourism industry.

Current Secretary of Commerce Wilbur Ross appointed Patel to the 32-member board to join representatives from companies and organizations connected to the industry. Patel also is president of Fairbrook Hotels in Chantilly, Virginia, which owns and operates 11 properties, and is on the advisory board for “She Has a Deal,” an organization that promotes hotel ownership for women through education, networking, and mentorship.

“Travel and tourism will play a vital role in jumpstarting our economy as our nation begins its recovery from the COVID-19 pandemic,” Patel said. “I am honored to serve on the Travel and Tourism Advisory Board during this critical time for our country and our industry.”

The Asian American Hotel Owners Association is the largest hotel owners organization in the world, and an overwhelming majority of the members are Indian Americans.

The organization’s 20,000 members own almost one in every two hotels in the U.S. with billions of dollars in property assets and hundreds of thousands of employees, a press release from AAHOA said.

The U.S. Travel and Tourism Advisory Board provides advice and counsel to the Secretary on issues and concerns that impact the nation’s travel and tourism industry.

The Secretary appoints up to thirty-two members to the Board representing companies and organizations in the travel and tourism industry from a broad range of products and services, company sizes and regions.

In addition to his role as AAHOA Vice Chair, Patel is the president of Fairbrook Hotels, which owns and operates eleven properties, including Marriott, IHG, Hilton, Radisson, Choice, and Wyndham brands. Patel serves on the Board of Directors for the Virginia Hospitality and Tourism Association and is the president of the Herndon Hospitality Association. Previously, he served on the boards of directors of AHLA and the Loudoun (VA) Convention Visitors Bureau.

Earlier this year, the Travel and Tourism Advisory Board addressed restoring consumer confidence in the travel industry in the wake of the COVID-19 pandemic. Its recommendations included supporting more, accelerated testing for the disease, better integration of public health policies in travel industry standards and a series of communication initiatives by the Department of Commerce to reassure travelers.

“The serious threat to public health caused by COVID-19 has severely weakened the public’s confidence in travel. Americans have cancelled nearly all travel plans and will likely delay future travel plans until their confidence is restored,” the board said in its recommendation. “Recent research suggests that proactive measures to ensure cleanliness and hygiene, combined with assurances from reputable medical authorities and the federal government, offer the highest levels of assurance for consumers.”

Patel also serves on the Virginia Hospitality and Tourism Association’s board of directors and is the president of the Herndon Hospitality Association. Previously, he served on the boards of directors of AHLA and the Loudoun, Virginia, Convention Visitors Bureau.

Predictably, the hotel industry felt the impact of COVID-19 from the onset of the pandemic. “The catastrophic declines in occupancy rates and revenues make it increasingly likely that the industry will not recover until 2023,” noted AAHOA President & CEO Cecil P. Staton.

The hotel owners organization noted that its members are “core economic contributors in virtually every community.” “AAHOA applauds Vinay’s appointment to the Board. His experience and insight are a valuable addition to discussions about the role travel and tourism will play during the recovery and beyond,” Staton said.