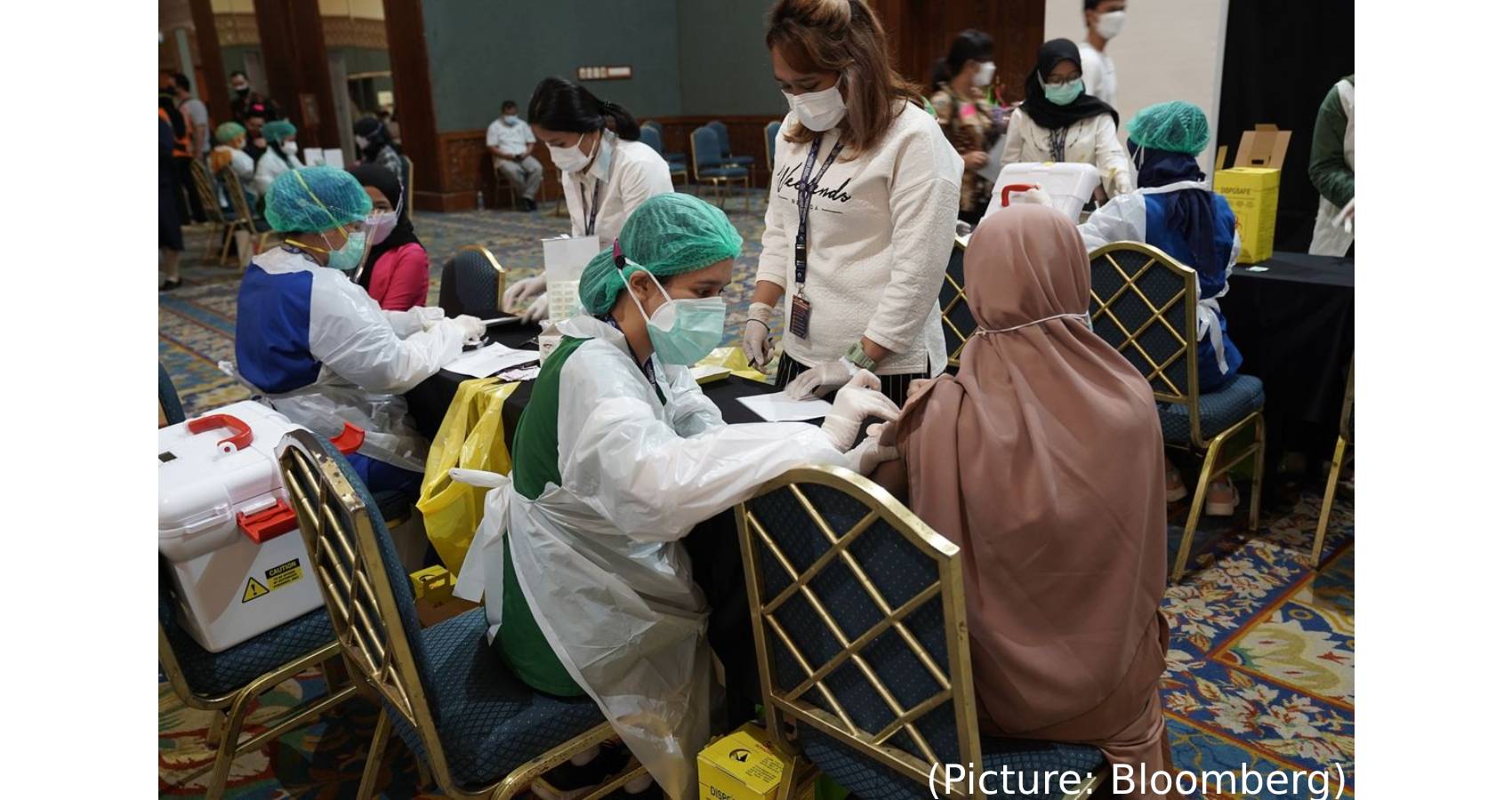 Growing concerns become alarming with the ever-increasing spread of the delta variant of Covid-19 in the Southeast Asia region, leading to record levels of infections and deaths.

When accounting for the slow administration of vaccines along with a population of more than twice the US, Southeast Asia’s outbreak was to be expected. The devastating third wave of the coronavirus pandemic is challenging regions like Indonesia and Myanmar, which are countries struggling with low vaccination rates, overcrowded hospitals and limited oxygen supplies. These countries in Southeast Asia surpassed the previously concentrated epidemic centers such as Latin America and India, largely due to their low testing capacities and low vaccination rates. According to the CSIS (Center for Strategic & International Studies) Southeast Asia Covid-19 Tracker, Indonesia alone has jumped to 33,772 cases in the last 24 hours, ranking fifth in the world, with Thailand and Malaysia following behind with 13,002 and 11,985 new cases respectively. 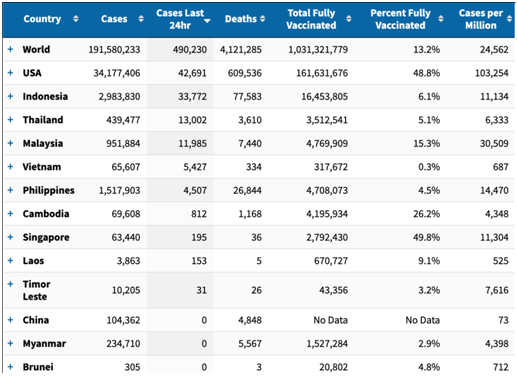 Overall, Southeast Asia has jumped to 69,884 cases in the past day, with deaths increasing at a concerning rate of 39% in the past week, marking the quickest pace globally and is expected to rise even further as spikes in deaths are commonly followed by surging cases. As shown in CSIS Covid-19 Tracker, vaccination rates in Southeast Asia are lagging far behind the US, with the exception of Singapore. Southeast Asia’s overall vaccination rate of 9% is concerning when compared to regions like North America and Western Europe, where more than half the population is fully vaccinated. Fed up with how certain officers controlled the pandemic, places like Thailand have had recent protests in hopes of change. On Sunday, more than 1,000 protesters marched to Thai Prime Minister General Prayut Chan-o-cha’s office, in anger at how the pandemic was poorly handled.

According to CNN, the police used tear gas, water cannon, and rubber bullets to disperse the crowd, resulting in eight officers and at least one reporter injured, along with 13 protesters arrested.  Multiple provinces in Thailand are now consolidating lockdown measures in concentrated zones to help reduce the spread of the virus and will be enforced until at least August 2nd.