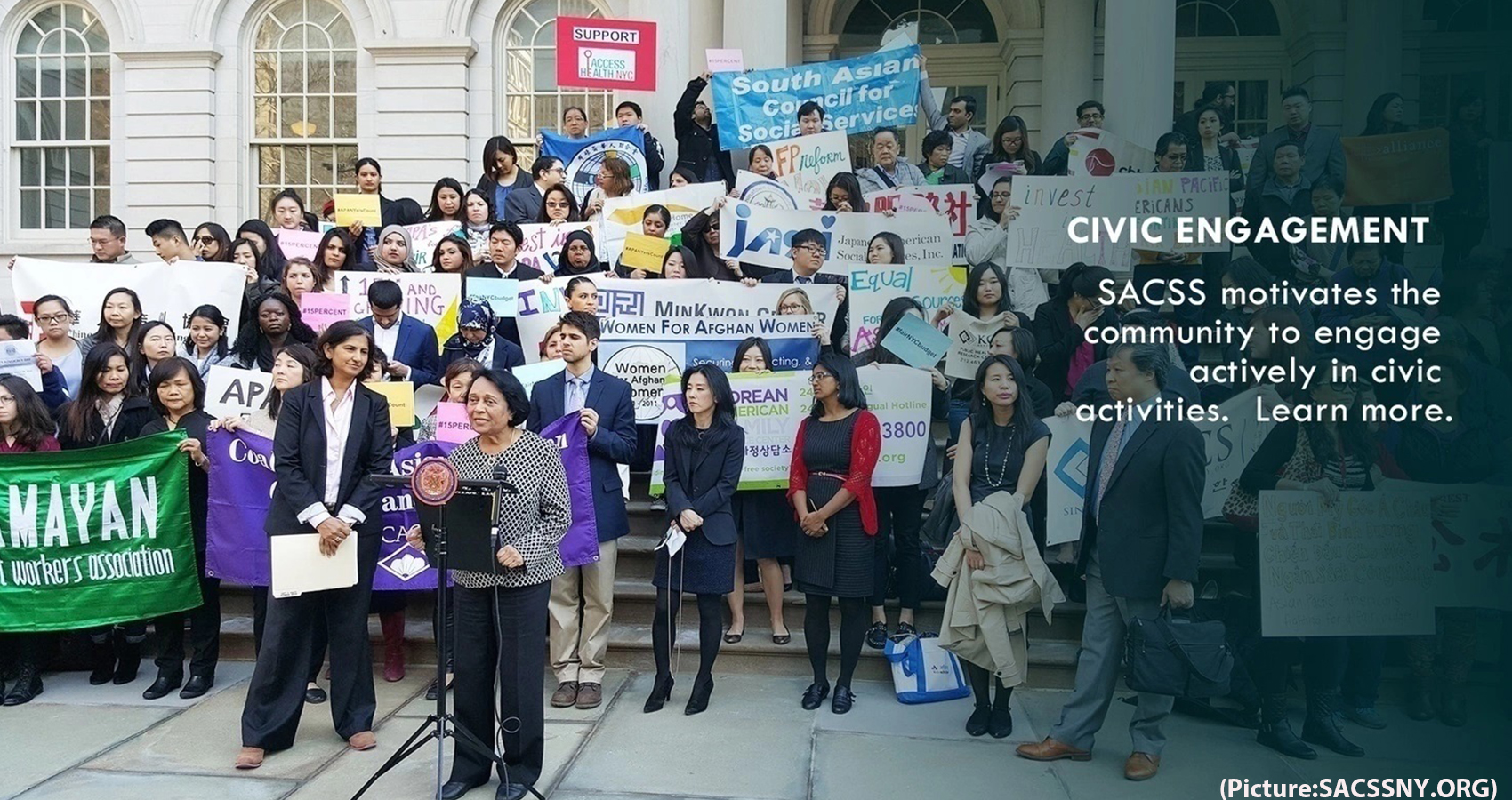 The ribbon-cutting ceremony for inaugurating a new Community Center for the South Asian Council for Social Services (SACSS), took place Aug. 12, 2021, in Flushing, Queens, New York City. The SACSS, founded by Sudha Acharya, its executive director, is an organization that has been serving the ethnic communities it is named after, since 2000. It was founded with a mission to empower and integrate underserved South Asians and other immigrants into the economic and civic life of New York, people who were not able to access services easily. 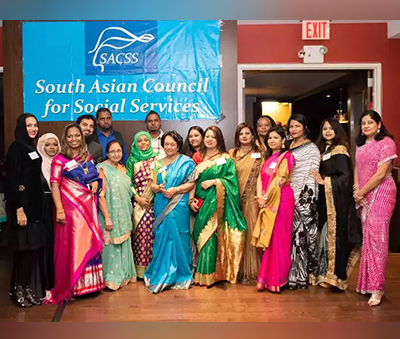 The SACSS’ target diaspora is comprised of immigrants and their children hailing from the South Asian region which includes India, Pakistan, Bangladesh, Nepal, Sri Lanka, Afghanistan, Bhutan, and the Maldives.  It also includes Indo-Caribbeans who are individuals from Caribbean nations tracing their heritage back to South Asia.

Located in the heart of Flushing, the center is a two-story building with a finished basement from which SACSS will offer an expanded food pantry, more space for senior immigrants to gather, and increased health access, among other services, a press release from the organization said.

At the ribbon cutting, Rep. Meng commended SACSS for what she said was exceptional work in responding to the needs of the community. “The center is for the community, which is not limited to South Asians, SACSS works for all immigrants who need them,” Meng is quoted saying.

State Sen. Stavisky echoed these sentiments, and NYS Senator Liu spoke to SACSS’ humble beginnings and the growth of the organization and  its impact over the last twenty years of its existence.

Council member Koo (District 20, home to Flushing), among those who allocated the discretionary funding for the building, said, “SACSS has always been there for people in the community, but during the last year and a half, they have gone above and beyond, they have literally been saving people’s lives.”

Sudha Acharya thanked the efforts and generosity of the elected officials, donors, and many others, saying, “It is said that it takes a village to raise a child. We now know that it takes a city to raise a community center, city with a small c, and the one with the big C.”

Acharya told Desi Talk, when the organization started it was in a small room and 9/11 had just happened. We had to jumped to relief work helping those who had lost people, lost jobs, and were victims of hate crime. We took care of 46 families who lost a member, and they were from everywhere around the state – individual therapy, group therapy, going to New Jersey, Queens, Long Island.”

Today, SACSS has 17 full-time and 3 part -ime employees and many volunteers.

More than 1,000 wait in line for the curbside pickup on specified days, and deliveries are made to about 150 families. About 70 people who cannot cook their own food receive prepared meals.

It is not just South Asians, there are other ethnicities including those of Chinese, African American, Caucasian and LatinX families, availing of SACSS’ services, though a majority are South Asian. Some 18 languages are represented, 12 of them South Asian.

Acharya said it was a dream come true to have a dedicated Community Center, especially in light of the “huge, and continued” need for services such as the food pantry, as a result of the pandemic, and the devastating impact it has had on immigrant communities.

As part of the effort to raise awareness for the expanded food pantry, which is the only one in the city to offer culturally appropriate groceries, Chef Surbhi Sahni of Tagmo Treats, prepared a take-away box of healthy South Asian treats, including a chick pea salad made out of ingredients from SACSS’s grocery bag.

In 2020, SACSS served more than 30,000 people struggling to feed their families, pay their bills, stay healthy, and survive. All SACSS services are free and offered in18 languages spoken widely among South Asian and other immigrant communities.