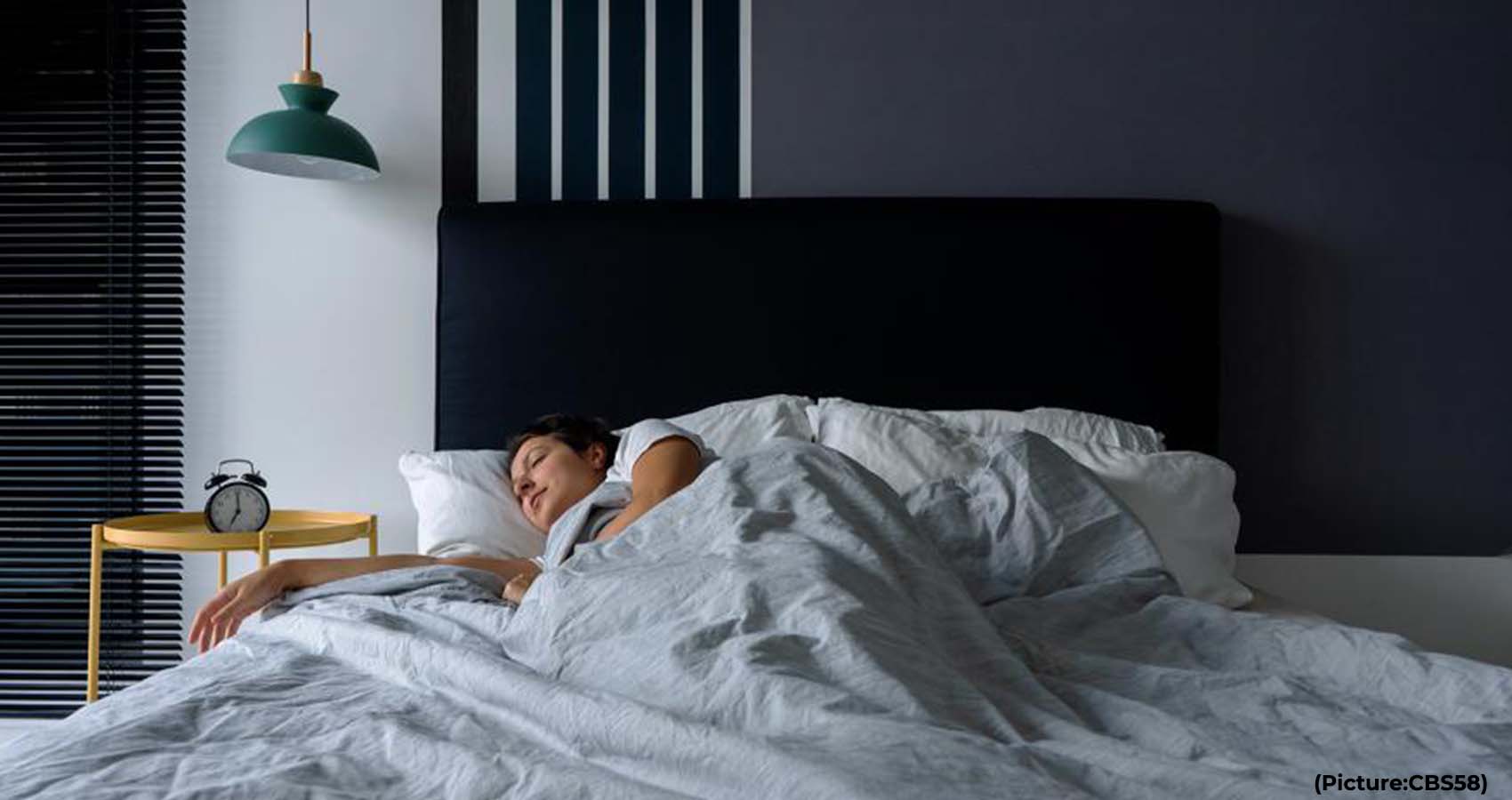 Sleeping for only one night with a dim light, such as a TV set with the sound off, raised the blood sugar and heart rate of healthy young people participating in a sleep lab experiment, a new study found.

The dim light entered the eyelids and disrupted sleep despite the fact that participants slept with their eyes closed, said study author Dr. Phyllis Zee, director of the Center for Circadian and Sleep Medicine at Northwestern University Feinberg School of Medicine.

Heart rate typically drops at night, slowing down as the the brain is busy repairing and rejuvenating the body. An elevated heart rate at night has been shown in numerous studies to be a risk factor for future heart disease and early death.

High blood sugar levels are a sign of insulin resistance, where the body stops using glucose properly and the pancreas goes into overdrive, flooding the body with extra insulin to overcompensate until it eventually loses its ability to do so. Over time, insulin resistance can ultimately lead to Type 2 diabetes.

Prior research has shown an association between artificial light at night and weight gain and obesity, disruptions in metabolic function, insulin secretion and the development of diabetes, and cardiovascular risk factors. 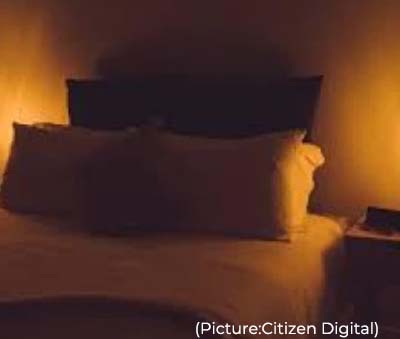 “Why would sleeping with your lights on affect your metabolism? Could that explain why there is a higher prevalence of diabetes or obesity (in society)?” Zee asked.

Zee and her team took 20 healthy people in their 20s and had them spend two nights in a sleep lab. The first night was spent in a darkened room where “you wouldn’t be able to see much, if anything, when your eyes were open,” Zee said.

All of the study participants were connected to devices monitoring a number of objective measures of sleep quality. So data could be gathered with minimal interference, they slept with an IV with long tubes that snake across the room and through a hole to the researcher’s side of the lab. The blood was drawn without ever touching the slumbering participants.

“We recorded the brainwaves and could tell what sleep stage the person was in,” Zee said. “We recorded their breathing, their heart rate, their EKG, and we also drew blood from them to measure melatonin levels while they were sleeping.” Melatonin is a hormone that regulates the body’s circadian rhythm, or sleep and wake body clock.

A randomized portion of the group repeated that same light level for a second night in the lab, while another group slept with a dim overhead light with a glow roughly equivalent to “a very, very dark, cloudy day or street lights coming in through a window,” Zee said.

“Now these people were asleep with their eyelids closed,” she explained. “In the literature the estimation is that about 5% to 10% of the light in the environment would actually get through the closed lid to the eye, so this is really not a lot of light.”

Yet even that tiny amount of light created a deficit of slow wave and rapid eye movement sleep, the stages of slumber in which most cellular renewal occurs, Zee said.

In addition, heart rate was higher, insulin resistance rose, and the sympathetic (fight or flight) and parasympathetic (rest and relax) nervous systems were unbalanced, which has been linked to higher blood pressure in healthy people.

The light was not bright enough, however, to lower levels of melatonin in the body, Zee added. The study was published Monday in the journal of the Proceedings of the National Academy of Sciences.

What advice would Zee give people based on her study and existing research in the field? Close your blinds and curtains, turn off all the lights, and consider using a sleep mask.

“I think the strength of the evidence is that you should clearly pay attention to the light in your bedroom,” she said. “Make sure that you start dimming your lights at least an hour or two before you go to bed to prepare your environment for sleep.”

Check your bedroom for sources of light that are not necessary, she added. If a night light is needed, keep it dim and at floor level, “so that it’s more reflected rather than right next to your eye or bed level,” she suggested.

Also be aware of the type of light you have in your bedroom, she added, and ban any lights in the blue spectrum, such as those emitted by electronic devices like televisions, smartphones, tablets and laptops.

“Blue light is the most stimulating type of light,” Zee said. “If you have to have a light on for safety reasons change the color. You want to choose lights that have more reddish or brownish tones.”  LED lights can be purchased in any color, including red and brownish tones.

Kal Penn, Winner of AALDEF Justice In Action Award, Tapped To Star In ‘The Santa Clause’

Penn was honored for his advocacy for representation in media and his service on behalf of Asian Americans and Pacific Islanders, a press release from AALDEF said.

In a video, award-winning filmmaker Mira Nair, who cast Penn as the lead in her 2006 film “The Namesake,” said, “As an activist and an artist, Kal has never shied away from his roots. He is unapologetic about who he is, and yet is an incredible bridge builder, creating a strong sense of allyship and solidarity with other communities.”

The awards ceremony, held at the Lighthouse at Chelsea Piers in New York City,  was the highlight of AALDEF’s 2022 Lunar New Year Gala, celebrating the Year of the Tiger.

Penn is venturing into Bollywood in a big way. He is the Executive Producer of “Hot Mess Holiday” to be released soon, and is quoted in media reports saying he is interested in doing more in Bollywood.

Penn, known for his role in the ‘Harold and Kumar’ film franchise, is set to star as a lead opposite Tim Allen and Elizabeth Mitchell in Disney Plus’s upcoming limited series, ‘The Santa Clause’, from creator Jack Burditt.

According to Deadline, Allen will be reprising his role as Scott Calvin from the Walt Disney Pictures holiday franchise. The sequel series will show Scott on the brink of his 65th birthday and realizing that he cannot be Santa forever. He has suddenly started to lose his Santa magic, and more importantly, he’s got a family, who could benefit from a life in the normal world, especially his two kids who grew up in the North Pole.

Accompanied by a lot of elves, children and family to please, Scott sets out to find a suitable replacement Santa while preparing his family for a new adventure in a life south of the pole.

Penn will portray an ambitious game inventor and product developer and a devoted single father named Simon Choksi. He’s capable of talking the tech-mogul talk but is unable to walk the walk, and his dreams of being the next Bezos falls drastically short. However, after a visit to the North Pole, all that changes.

Mitchell would be reprising her role as Mrs Clause from the films, as was previously announced.

As per Deadline, this project will be directed and executive produced by Jason Winer along with Jon Radler for Winer’s Small Dog Picture Company. Burditt will executive produce and serve as showrunner.

Allen will also executive produce with Kevin Hench, Richard Baker and Rick Messina. The Disney Branded Television series is a production of 20th Television, a part of Disney Television Studios.