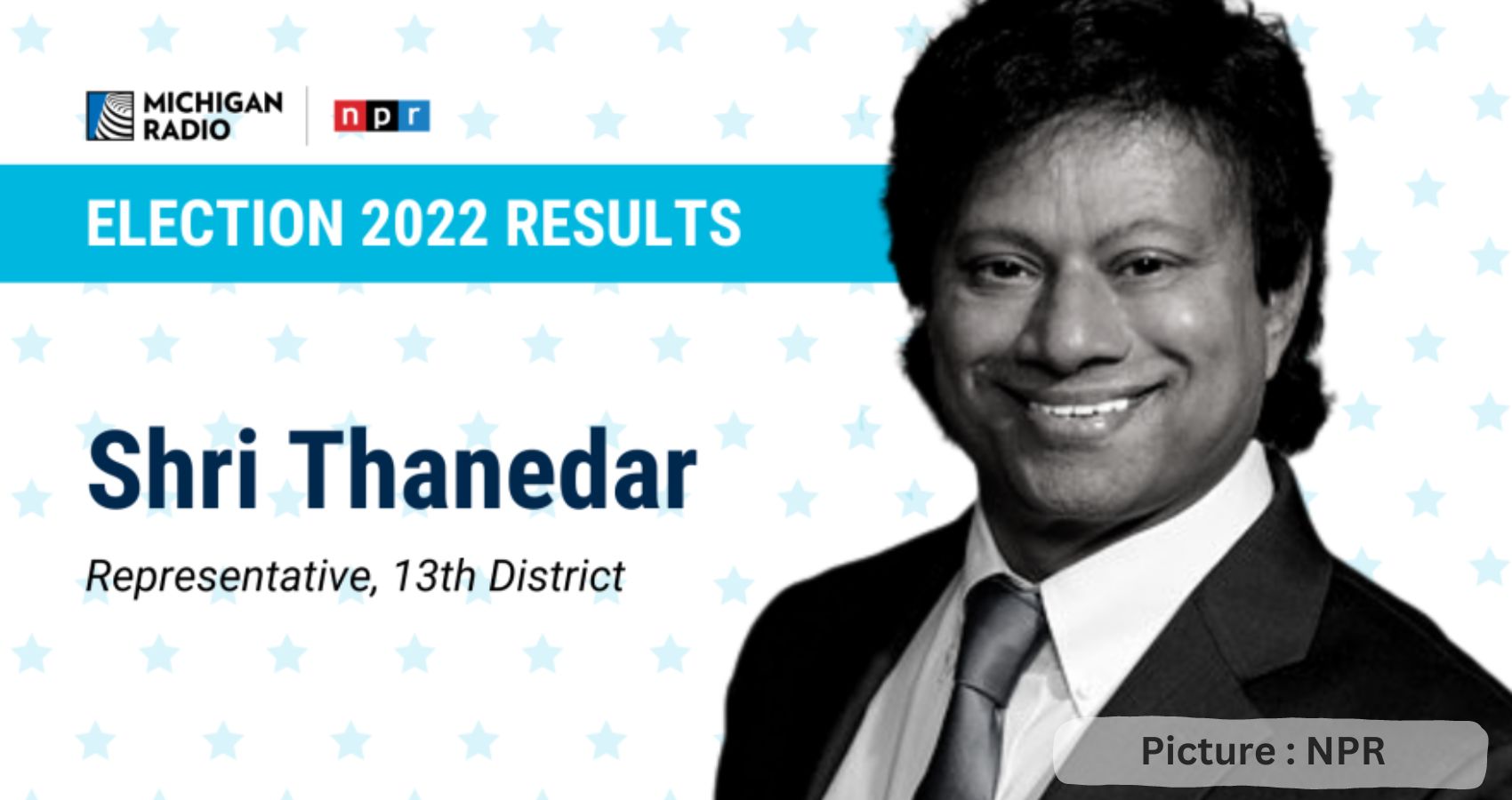 Thanedar, 67, earned more than 72% of the vote when the Associated Press called the U.S. House District 13 race over Bivings, 35.

His election also means that, for the first time since 1955, no Black member of Congress will represent Detroit, the largest majority-Black city in the U.S. n the next Congress that begins in January, Thanedar will join U.S. Rep. Rashida Tlaib, D-Detroit, who is Palestinian-American. Detroit has been represented by at least one Black member in Congress since 1955, when the late U.S. Rep. Charles Diggs, D-Detroit, was sworn in. As recently as 2017, the city had two Black members in the U.S. House.

Thanedar put out a message on Twitter, claiming victory. In it, he said, “We did it! … I’m honored to be the next Representative in Congress for the 13th District!”

Thanedar said he plans to fight for residents concerned about rising costs, public safety and the erosion of civil rights. “I am committed to fighting for us and (will) take on the special interests that dominate our politics,” he said. “I will stand up for working families and everyday Americans to fight for economic prosperity, racial justice, to protect our rights, and put our government to work for our neighborhoods and communities.”

Thanedar is a former candidate for Michigan governor who ran on his success as an entrepreneur. Thanedar beat out a crowded field of Democrats running for the open seat, including state Rep. Adam Hollier, Portia Roberson, John Conyers III and Sherry Gay-Dagnogo.

Thanedar, an immigrant from India, earned a Ph.D. from Akron in 1982 and an M.B.A. from Fontbonne University in 1988. He is a pro-choice candidate who supports expanding background checks for guns, expanding voting access, and a single-payer healthcare system.

The four Indian-American incumbents — Bera and Ro Khanna (California), Pramila Jayapal (Washington state), and Raja Krishnamoorthi (Illinois) — have either been re-elected or are on the verge of being officially announced as winners in the House race by Wednesday.

They will be joined by Shri Thanedar from Michigan, who will become the first lawmaker of Maharashtrian-origin to be elected to the lower chamber of the US Congress. In a recent interview to HT, Thanedar described his roots in Belgaum, where he grew up and worked as a cashier in the State Bank of India, and Mumbai, where he pursued his masters and worked as a scientific assistant at the Bhabha Atomic Research Centre, before migrating to the US in 1979, at the age of 24.

“Health care, education and demanding and fighting for racial equality. I consider it my responsibility to help people of colour and fight discrimination,” Thanedar said.

“Growing up in abject poverty, I never would have thought I would have this opportunity to serve in the House of Representatives,” Thanedar said in a news release. “This truly is an honor of a lifetime. Thank you to my amazing team, my family, volunteers, and voters who helped make this campaign successful.”