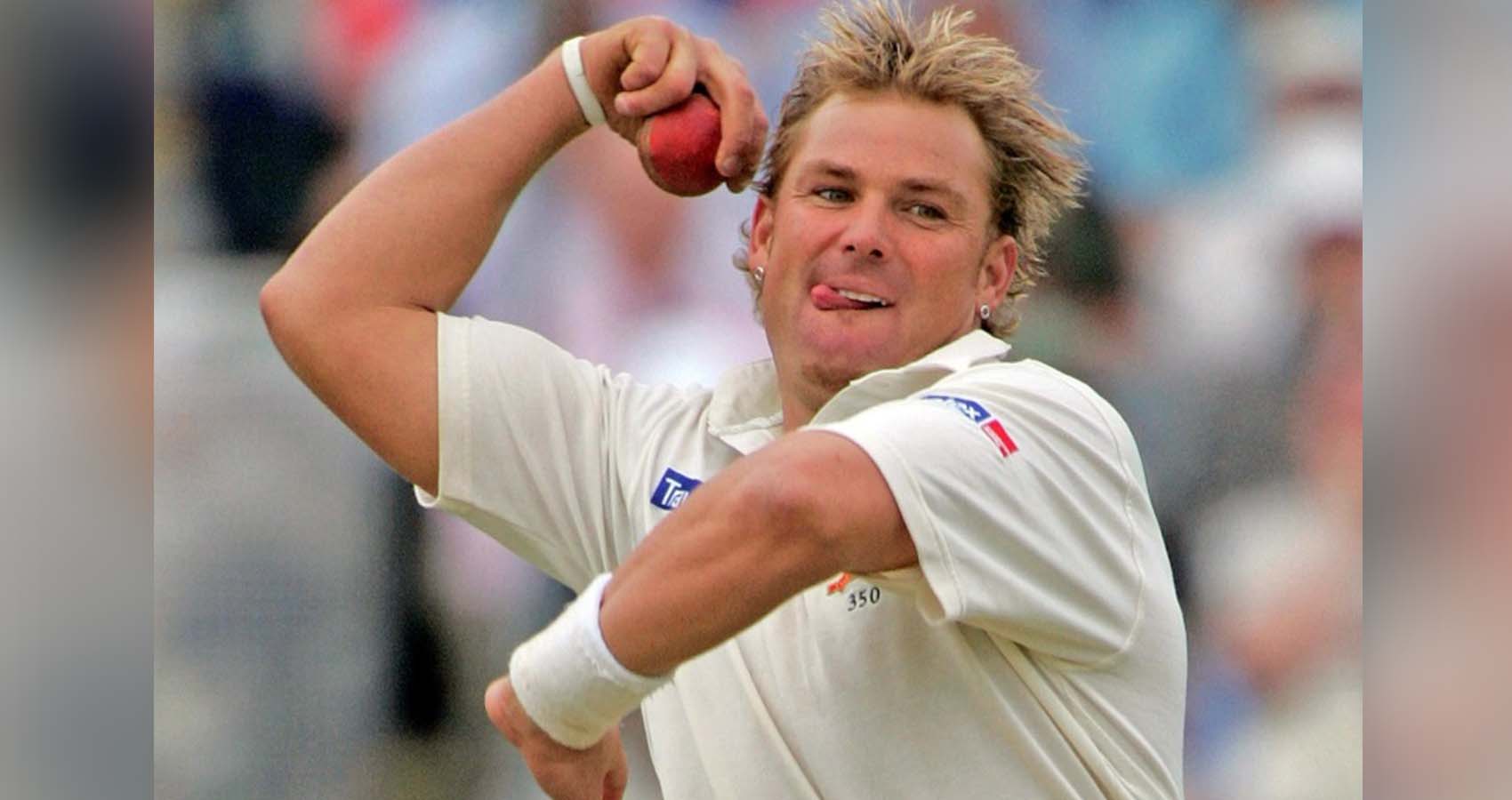 Legendary Australia leg-spinner Shane Warne, one of the greatest cricketers of all time, has died of a suspected heart attack aged 52.

Warne took 708 Test wickets, the second most of all time, in 145 matches across a stellar 15-year international career.

He had been found unresponsive in his villa on the Thai island of Koh Samui on Friday, said his management company.

“It is with great sadness we advise that Shane Keith Warne passed away of a suspected heart attack,” it added.

“Despite the best efforts of medical staff, he could not be revived.

“The family requests privacy at this time and will provide further details in due course.”

Australia Prime Minister Scott Morrison has said Warne’s family will be offered a state funeral for him.

In 2000, he was named one of the five Wisden cricketers of the century, alongside Sir Donald Bradman, Sir Garfield Sobers, Sir Jack Hobbs and Sir Viv Richards.

He retired from international cricket in 2007 following Australia’s 5-0 Ashes clean sweep of England at home.

Warne also retired from first-class and List A cricket later that year, ending a seven-year spell with Hampshire, who he had captained since 2004.

He continued to play Twenty20 franchise cricket until retiring from all formats in 2013.

Warne worked regularly as a commentator and pundit, as well as holding coaching roles at T20 franchises.

He is survived by his three children with former wife Simone Callahan.

His death comes on the same day as legendary former Australia wicketkeeper Rod Marsh, who died aged 74 of a heart attack, and was announced shortly after the close of play on day one of Australia’s first Test in Pakistan.

Warne’s mastery of leg-spin – a style of bowling that declined during the 1970s and 1980s when fast bowlers dominated – revolutionised cricket.

His magnificent control and canny variations bewildered even the greatest batters of his generation.

He was also a fine slip fielder and capable lower-order batter, scoring 3,154 runs at an average of 17.32 and is the only batter in Test history to surpass 3,000 runs without making a century – falling for 99 twice, against New Zealand in 2001 and against England in 2005.

Warne was a larger-than-life figure whose fame transcended cricket and his sense of fun inspired successive generations of fans.

“Shane was a once-in-a-century cricketer and his achievements will stand for all time,” said Australia men’s Test captain Pat Cummins.

“So many of us in the playing group grew up idolising him and fell in love with this great sport as a result.”

Cricket Australia chief executive Nick Hockley added: “Shane was one of the most talented and charismatic cricketers we have ever witnessed.

“He loved cricket, had an extraordinarily astute understanding of the game and his influence and legacy will last for as long as it is played.

“We are in a state of complete shock at his sudden passing and our thoughts are with his family, his many friends and the legion of fans from all over the world who loved and admired Warnie for his unbelievable bowling skills, his humour, warmth and engaging personality.”

Warne holds the record for the most Ashes wickets in history, with 195 dismissals in 36 Tests.

He made his Test debut against India in 1992 after only seven first-class matches for his native Victoria, but announced himself on the world stage in astonishing style in the 1993 Ashes in England.

With his first ball of the series, Warne bowled England batter Mike Gatting with a stunning delivery that pitched outside leg stump and clipped the top of off stump.

It became widely known as the ‘ball of the century’.

That was the first of six Ashes victories in a row involving Warne, until the run was ended by England’s famous 2-1 win in 2005, despite the leg-spinner taking a staggering 40 wickets in that series.

Warne gained revenge in 2006-07 when Australia won 5-0 and retired on the same day as long-time team-mates Glenn McGrath and Justin Langer.

Warne was a key part of Australia’s run to the 1996 World Cup final, where they were beaten by Sri Lanka.

He became vice-captain under Steve Waugh and starred in the 1999 World Cup triumph, being named man of the match after taking 4-33 in the final against Pakistan.

However, he was sent home the day before the 2003 tournament started after testing positive for a banned diuretic and served a one-year ban from the sport.

Australia would go on to win the 2003 World Cup by beating India. 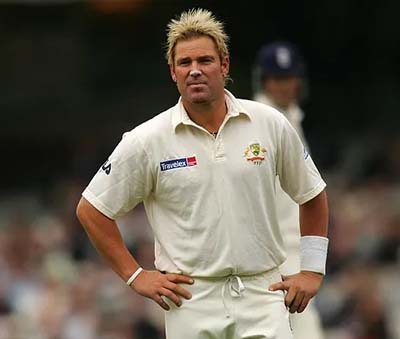 Warne captained Hampshire for four seasons during a spell with the county from 2000 to 2007, and they named a stand after him at their Ageas Bowl ground in 2012.

Under Warne, Hampshire won the one-day Cheltenham & Gloucester Trophy in 2005 – although he was unable to play in the Lord’s final which was in the middle of the 2005 Ashes – and narrowly missed out on a County Championship title the same year.

He played his entire domestic career in Australia for Victoria.

He also played for Melbourne Stars in Australia’s Big Bash League and Rajasthan Royals in the Indian Premier League, also coaching the latter.

‘One of cricket’s great characters’

Shane Warne wasn’t just one of the greatest spin bowlers in the game’s history – he was also one of cricket’s great characters.

His partnership with seamer Glenn McGrath made Australia virtually invincible in the 1990s.

In terms of a wrist-spinner’s repertoire, Warne perfected the art completely, spinning the ball vast distances and always with a touch of theatre.

He took that character with him into the commentary box and beyond cricket. He featured regularly on the world poker circuit, and while brushes with the authorities were also a feature of his life, his contribution to cricket will never be forgotten.

‘He was the greatest showman’ – tributes flood in for Warne

Former England captain Sir Andrew Strauss: “I’m utterly shocked and saddened. Shane Warne was cricket’s greatest star and he was a guy who, I suppose, you felt the rules of life didn’t apply to him. To hear about his untimely demise is genuinely shocking and I know the whole cricket world is in a great deal of mourning.”

Strauss added: “He was the greatest showman. There were other great cricketers when you look at their records would potentially equal Shane’s or maybe better it. But there was no greater star in cricket than Shane Warne, certainly in the time I have been around. You felt every time you were on the pitch against him it was his show. You were just a small part of his show.

“He used that to his advantage in terms of getting you out. He had such charisma and such passion for the game that it was infectious. If you were lucky enough to spend time with him off the pitch it was always a privilege. A man of great generosity of spirit, great passion for the game and a man who is going to be sorely missed.”

England captain Joe Root: “Really shocked and really sad to hear such a legend of the game passed so suddenly.

“We had just started the game and it filtered through the dressing room. It’s been quite a quiet dressing room off the back of it. It’s hit everyone quite hard if I’m being brutally honest.

“My experiences of Shane were of someone who absolutely loved the game of cricket. He was always a joy to be around, he gave so much energy to the sport. As a kid growing up he was a massive idol of mine and someone you wanted to emulate. The way he could win a game on his own, his skill levels were incredible.

“I’d have been 14 when the 2005 Ashes was on, in many ways that series was a massive influence on my career.”

Former England captain Mike Gatting: “It’s been devastating really, unbelievable. When you think he’s just 52 and he’s been an absolute legend in the game. I don’t use that word lightly either. It’s been unreal. We’ve lost a great cricketer and a great guy.

“The figures talk for themselves but he was inspirational to many, many young children. Certainly if you look at county cricket now, where he played himself for Hampshire.

“He inspired a lot of kids to take up spin bowling. The way he approached the game, he was knowledgeable, he loved the game. He was dedicated to the game but he also had a bit of fun as well.”