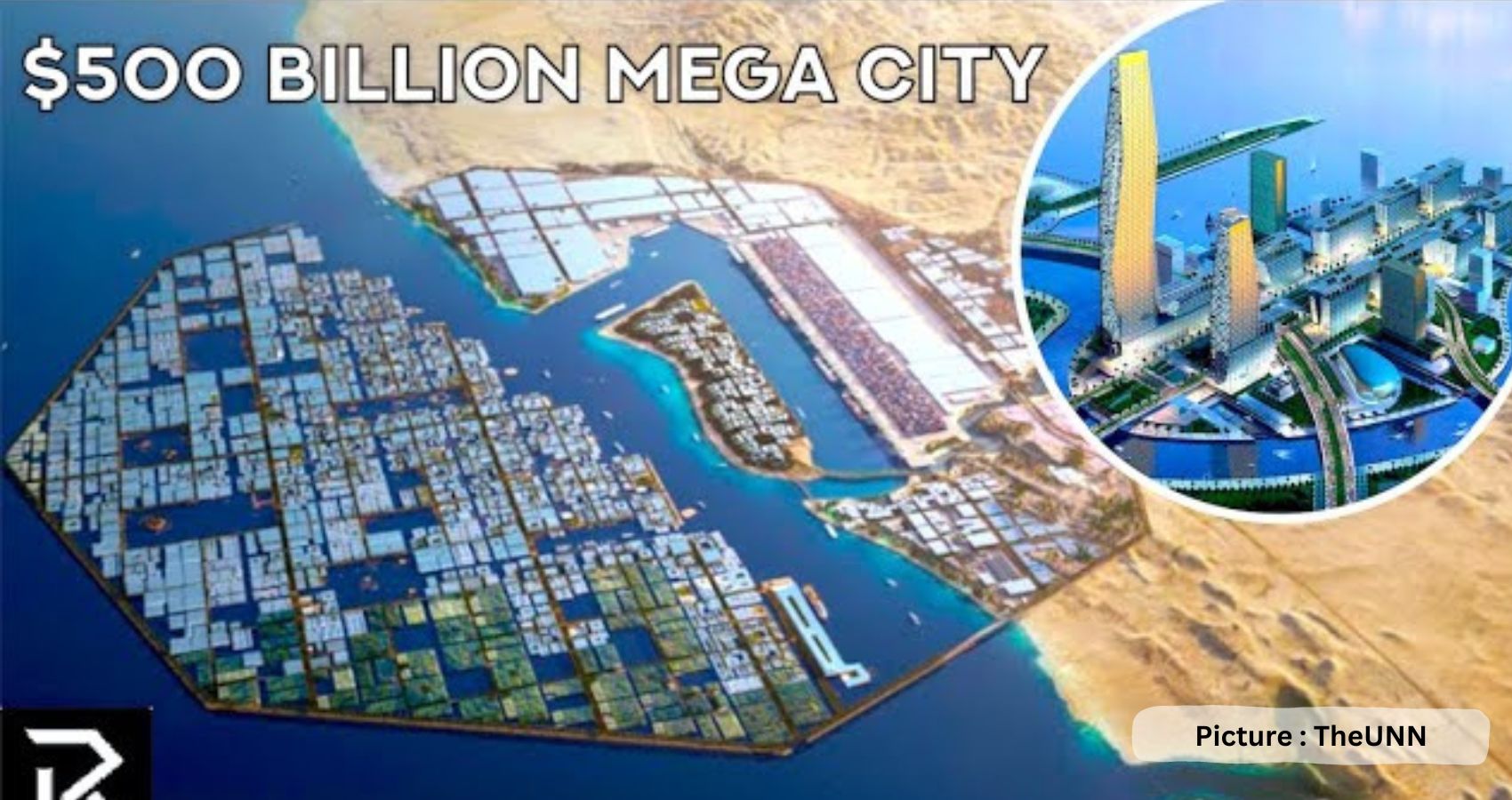 A mega-city featuring flying cars, high-speed rail instead of roads, robot maids, a giant artificial moon, and a resort with multimillion-dollar palaces is the vision of the Saudi Arabian crown prince and prime minister, Muhammed Bin Salman (MBS).

Saudi Arabia is building a futuristic city in the middle of a vast desert— from scratch. A vital element of the country’s Vision 2030 plan, the project is the brainchild of Saudi’s de facto leader, Crown Prince Mohammed bin Salman, also known as MBS. The site covers an area of more than 10,000 square miles, about the same size as Massachusetts. And it could cost $500 billion to complete.

“So Mohammed bin Salman wants to project himself as a liberal leader within the conservative royal family in Saudi Arabia,” Ali Dogan, research fellow at the Leibniz-Zentrum Moderner Orient institute, told CNBC in an interview. “Neom is a mega project seen in Saudi Arabia and the young Saudi population as part of this liberalization process.”

The Neom project is far from without controversy, though. Critics say it’s another attempt by the crown prince to improve his image after U.S. intelligence officials concluded he was behind the 2018 killing of journalist and Saudi dissident Jamal Khashoggi. It also is being seen by some as a way to distract attention from Saudi Arabia’s human rights record.

The Saudi government has run into several challenges which keep pushing the project completion date further into the future, leading some to question the feasibility of Neom. One of the issues stalling construction is financing and cost. In 2020, foreign direct investment in Saudi Arabia increased to $5.4 billion, despite the pandemic; however, this figure is down from 2010 when foreign investment inflows totaled nearly $16 billion. Attracting potential investors is crucial to financing such a large project. There are also concerns about the cost of Neom being much greater than the original budgeted cost. The Saudi government planned to acquire two uninhabited islands from Egypt to create an island resort, and the estimated cost for this bridge alone was nearly $125 billion.

Naturally, many people are critical of MBS’s plans to build a new mega-city in the desert. One of the biggest issues critics have had is that this investment would be better spent on existing cities and infrastructure in Saudi Arabia. The former Saudi Arabian monarch, King Abdullah, planned on building a megaproject on the Red Sea to be a new financial and trading center called the King Abdullah Economic Center. In 2005, this city was intended to have a population of millions. This project is also a decade behind schedule and only has a population of thousands as opposed to the anticipated millions of people. Many critics have cited this failed project as why Saudi Arabia should instead invest in improving its infrastructure in existing cities.

The biggest criticism of Neom is the forced relocation of the Howeitat tribespeople. The proposed site for Neom is on land that 20,000 tribespeople have lived on for centuries. In recent years, the government has evicted people from the area, usually with the help of the Saudi armed forces. Often, these evictions are met with resistance by the Howeitat tribespeople. In 2020, three tribespeople were arrested and sentenced to death for resisting their relocation. Additionally, another man, Abdul Rahim al-Howeiti, was fatally shot for protesting the government’s eviction orders. These events highlight another concern that potential investors have with the project, that being the Saudi Arabian justice system. Planning documents reveal that in Neom, all judges will be selected and appointed by the king himself.

Additionally, Neom plans to utilize AI and facial recognition technologies to monitor its inhabitants. While Neom is claiming that laws will be based on best practices in business and economic law, incidents like these, as well as those such as the murder of journalist Jamal Khashoggi in 2018, make potential international investors hesitant to support this ongoing project. These plans still have a long way to go, and perhaps attitudes will change as the project continues to develop.