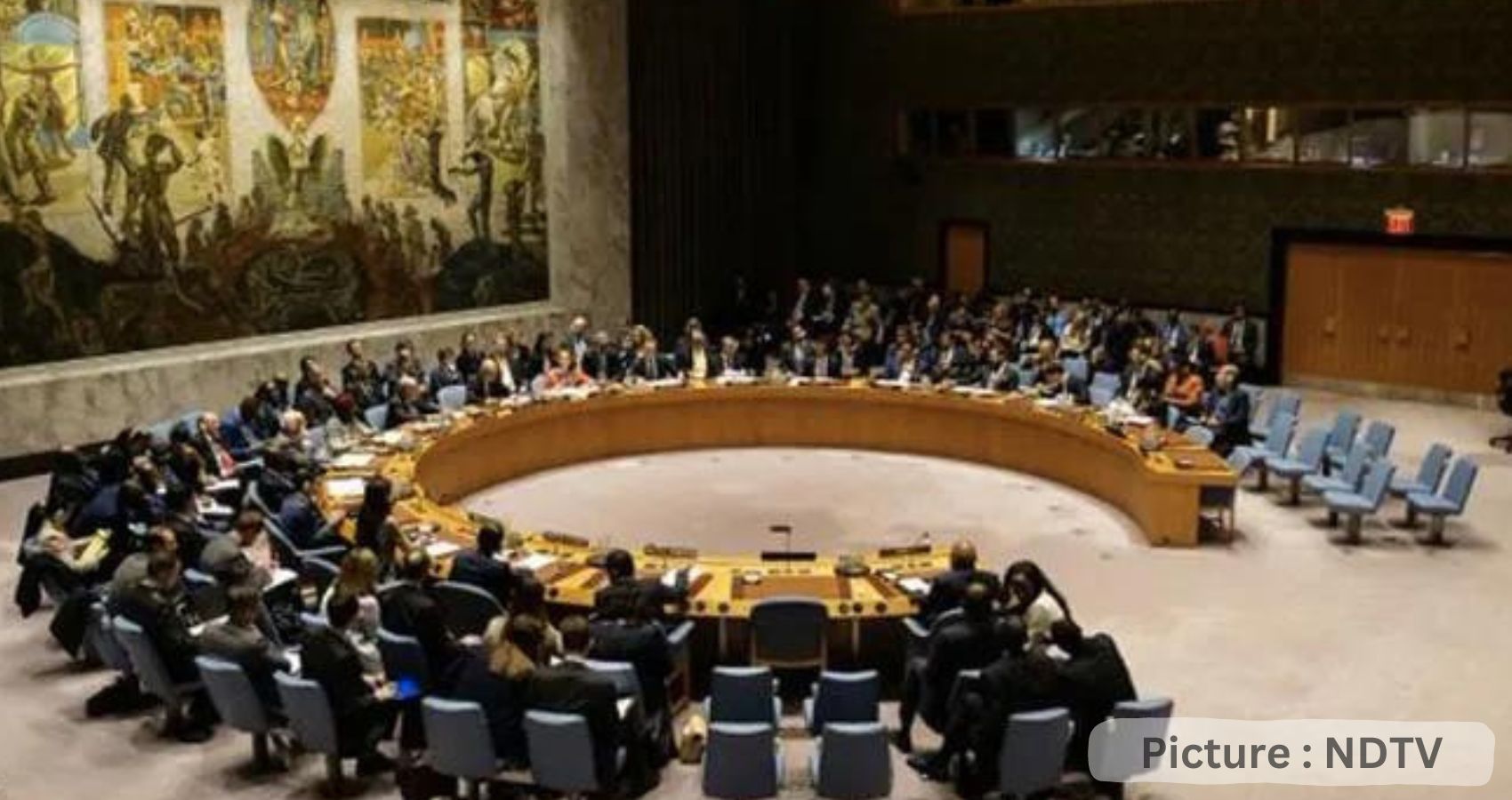 As India takes over the presidency of the UNSC on December 1, in the final month of its two-year stint in the council, it will double down on its core agenda of pushing UN reform and countering terror, media reports suggest.

India’s Permanent Representative to UN, Ruchira Kamboj met with the United Nations General Assembly President Csaba Korosi, according to his Spokesperson Paulina Kubiak. Kubiak said the meeting took place on Monday, November 28th with India set to take the rotating presidency of the Security Council for the month of December on Thursday.

Korosi tweeted, “Today’s discussions focused on India’s presidency of the Security Council. I look forward to the month ahead,” he added.

New Delhi has advocated closer coordination between the Council dominated — and often paralyzed — by the five permanent members and the General Assembly that where the 193 UN members are represented equally.

According to the UNSC rules of procedure, the Council presidency rotates between each of the 15 members of the UNSC, in alphabetical order.

For us, in the December Presidency, our priorities will be countering terrorism for which we have very successfully built a good narrative in these past few months as well as a focus on reformed multilateralism, India’s Permanent Representative to the UN Ambassador Ruchira Kamboj told PTI in an exclusive interview here.

India assumes the monthly rotating presidency of the Security Council from December 1, the second time after August 2021 that the country will preside over the Council during its two year tenure as elected UNSC member.

India’s 2021-2022 term on the Council ends December 31, with Kamboj, India’s first woman Permanent Representative to the United Nations in New York sitting in the President’s seat at the powerful horseshoe table for the month. India will also take over the year-long G20 presidency from December 1.

External Affairs Minister S Jaishankar will travel to New York to preside over “signature events in the Security Council on renewed orientation for reformed multilateralism on December 14 and on countering terrorism on December 15.

UN Secretary General Antonio Guterres and President of the 77th session of the UN General Assembly Csaba Korosi are also expected to brief the UNSC meeting on December 14.

Kamboj said counter-terrorism was one of India’s top priorities when it entered the Council on January 1, 2021.

She underscored that from the eight-point action plan on combating terrorism outlined in the Security Council by Jaishankar in January 2021 to the October 2022 Special Meeting of the Counter-Terrorism Committee hosted by India during which the Delhi Declaration’ was adopted, India has been successful in demonstrating two things.

One that there can be no justification for terror, it is condemnable, it has to be called out and countries who seek to obfuscate that, seek to justify that should be called out, Kamboj said.

On October 28-29, the Security Council Counter-Terrorism Committee, currently chaired by India, organised a Special Meeting in New Delhi and Mumbai on the overarching theme of Countering the use of new and emerging technologies for terrorist purposes.

As an outcome of the special meeting, the Committee adopted the pioneer document Delhi Declaration’ on countering the use of new and emerging technologies for terrorist purposes.

The Delhi Declaration serves to focus attention on the scourge of terrorism and particularly the fact that it has raised its head in a new avatar where terrorists have been abusing, misusing virtual platforms to forward their narrative, Kamboj said.

She added that this message was taken forward in New Delhi this month through the No Money for Terror’ (NMFT) Ministerial Conference on Counter-Terrorism Financing that was addressed by Prime Minister Narendra Modi.

“That was a continuation of what we have been doing, specifically where the CTC meeting in New Delhi and Mumbai left off and going forward, to complete the arc, during our term we will be having a focussed discussion on December 15 in the presence of the External Affairs Minister and other foreign dignitaries in the Council.

India has done everything that it could to fulfil the mandate of the CTC. All countries across the table, without exception, have complimented India for the Delhi Declaration, for the CTC event in Delhi and complimented the conference as being outstanding both in terms of logistics and substance. That is not insignificant and that must be noticed, Kamboj said.

Jaishankar had announced a voluntary contribution of USD 500,000 by India to the UN Trust Fund for Counter-Terrorism to augment the UNOCT’s efforts to build the capacity of member states to counter terrorism.

India is very strong on this narrative. We are very mindful that countries in Asia and Africa particularly” are facing the scourge of terrorism. “This is something that we’ll continue to keep our focus on while we’re in the Council, she said.

On December 2, Kamboj will brief the wider UN membership on the CTC meeting in New Delhi and our achievements, what that meeting achieved.

She said the issue of reformed multilateralism was among India’s key priorities as it entered the Council last year and we will keep a strong focus on that.

Kamboj said many countries have spoken that the system cannot continue as it is. It needs to be reformed. The architecture of 1945, the world of 2022, (both are) very different. It’s an anachronism the way the Security Council is configured, she said.

Kamboj underscored that India’s position is clear and well known. New Delhi wants early reform and the Security Council needs to be expanded in both permanent and non-permanent categories, improvement in working methods of the Council to make it more transparent, inclusive, improved relationship between the General Assembly and Security Council as well as the question of the veto.

India has highlighted the need for a consolidated text to serve as the basis for negotiations and this has been espoused by a majority of UN member states, Kamboj said.

She stressed that when the Intergovernmental Negotiations process commences next year, India will be very active, will be reaching out to various groups and advancing discussions on UNSC reform.

India will be concluding its stint as an elected member of the Security Council next month presiding over the council for the second time during its two-year term. India last headed the Council in August 2021 with former UN Permanent Representative T.S. Tirumurti.