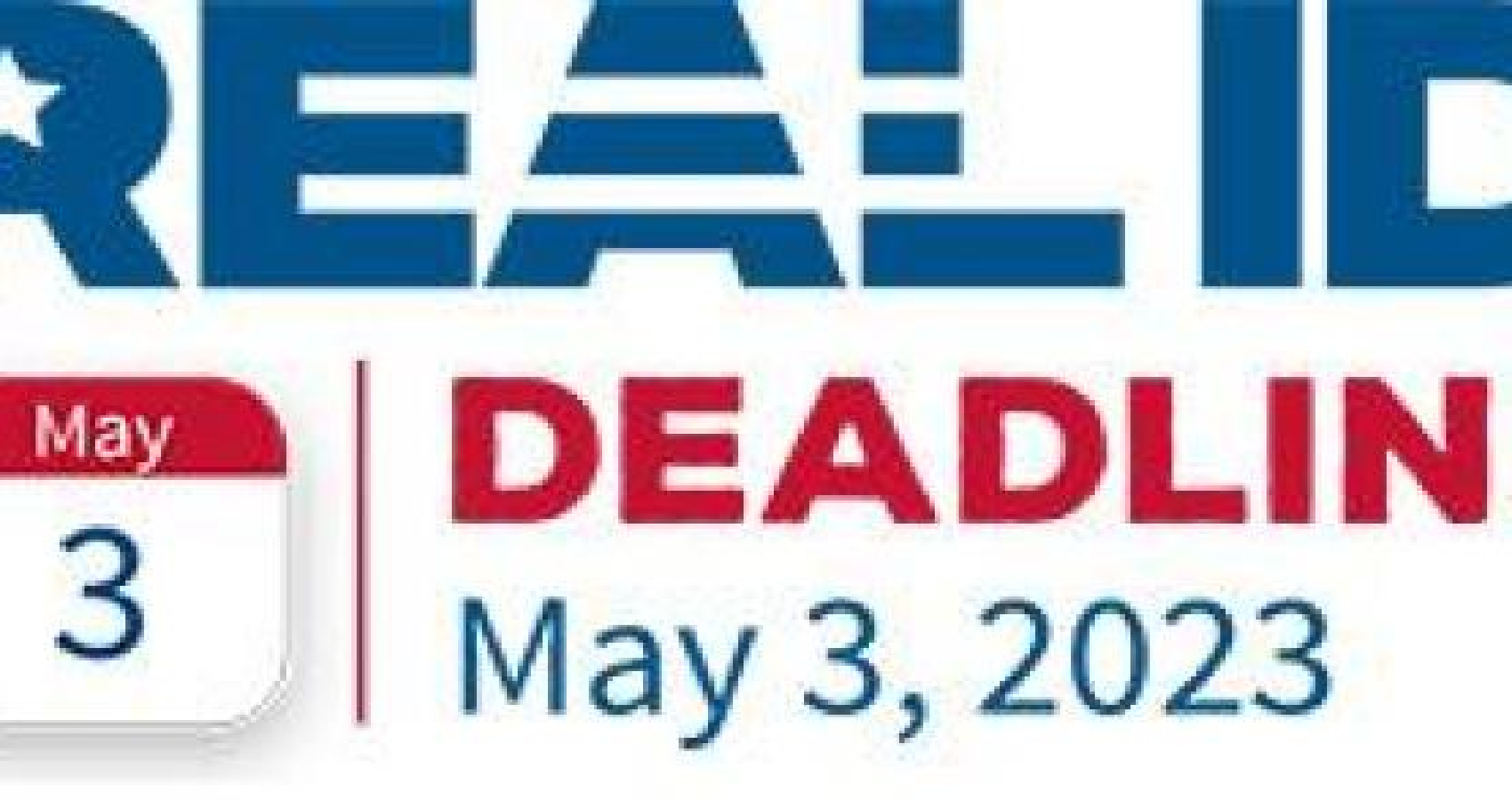 Most U.S. fliers only think of travel documents when checking their passport is valid before an international flight. But as Real ID, a new federal law mandating which forms of identification will get passengers through airport security, takes effect, that mentality will need to shift.

New rules set strict regulations on what identification will be accepted by the Transportation Security Administration (TSA) at security checkpoints—even for flights within the U.S. In many cases, this means using a standard driver’s license will no longer get you onboard a plane. (The deadline for travelers to have a Real ID has been pushed back to 2023 due to COVID-19 delays.)

The deadline for Americans to obtain a REAL ID card has been pushed back once again due to the COVID-19 pandemic, the Department of Homeland Security announced last week. Here’s everything you need to know to ensure you have the right up-to-date identification for your travels.

What is the new Real ID rule?

The regulation is part of a law passed by Congress in 2005, which set new federal security standards for driver’s licenses and other forms of identification used to board planes in the U.S. The new standards apply to all states and territories. After the rules go into effect, driver’s licenses and other IDs that don’t meet the new requirements will not be accepted by the Transportation Security Administration for passing through airport security checkpoints.

Even if you have a TSA PreCheck or a Clear membership, you will need a Real ID-compliant form of identification to make it past airport security. A Global Entry card is considered Real ID–compliant and will be accepted under the new rules. Children under 18 get some leeway, as TSA does not require them to present identification when traveling with a companion within the U.S. As always, on an international trip, passports or other documents may be required by the airline or other agencies.

When does the rule change happen?

The new rules will go into effect on May 3, 2023—this deadline was pushed back three years due to coronavirus concerns. That’s the date that all U.S. residents need to have a Real ID-compliant driver’s license or other approved identification in hand to make it past airport security.

How do I get a Real ID driver’s license?

The majority of states are now issuing driver’s licenses that are accepted under the new rules. You simply need to visit your DMV to renew or replace your old license with a Real ID version. (This usually takes more documentation—and sometimes more money—than obtaining a driver’s license did in the past, and your state’s DMV website should have a list of the required paperwork.)

The Department of Homeland security also announced in February 2020 that individuals applying for a Real ID can now electronically submit the numerous documents required before arriving at the DMV. The move is an effort to help states and residents streamline the process to meet the May 2023 deadline. According to the U.S. Travel Association, an industry lobbying organization, “tens of millions of Americans do not yet possess REAL ID-compliant identification,” so the electronic document submission is a good step forward. The application process for a Real ID driver’s license includes showing documents such as a social security card, multiple proofs of address, and a birth certificate or passport, among others.

What other forms of identification work to board a plane under the new rules?

Valid passports or passport cards will still work to get you through security for domestic flights, and passengers will still need them to board international flights. Global Entry membership cards are also valid under the new regulations, as are various forms of military ID and other government-issued IDs. You can see a full list of accepted documents on the TSA’s website.

How do I know if my current driver’s license is acceptable under Real ID rules?

Real ID driver’s licenses are marked with a star in the top corner. (It’s worth noting one confusing state policy: Ohio. Its old licenses have a gold star, while its Real IDs have a black star.) Enhanced driver’s licenses—which are slightly different, but are issued by some states in addition to Real IDs and are also acceptable under the new rules—have a flag in the corner.

What happens if I show up at the airport without an acceptable ID under the new rules?

TSA says you will not be let through security, and you will not be able to fly. In rare occasions in the past, if a flier forgot their ID for a domestic trip, TSA might have worked with them to verify their identity in a different way—like by asking them certain questions about their personal information. But the agency says that after Real ID is implemented, those days are over. “TSA has no plans to provide an alternate verification process to confirm a traveler’s identity,” says TSA spokesperson Lisa Farbstein. “Counting on TSA to provide that option to travelers who do not have a Real ID-compliant driver license or identification card is not a good strategy.”