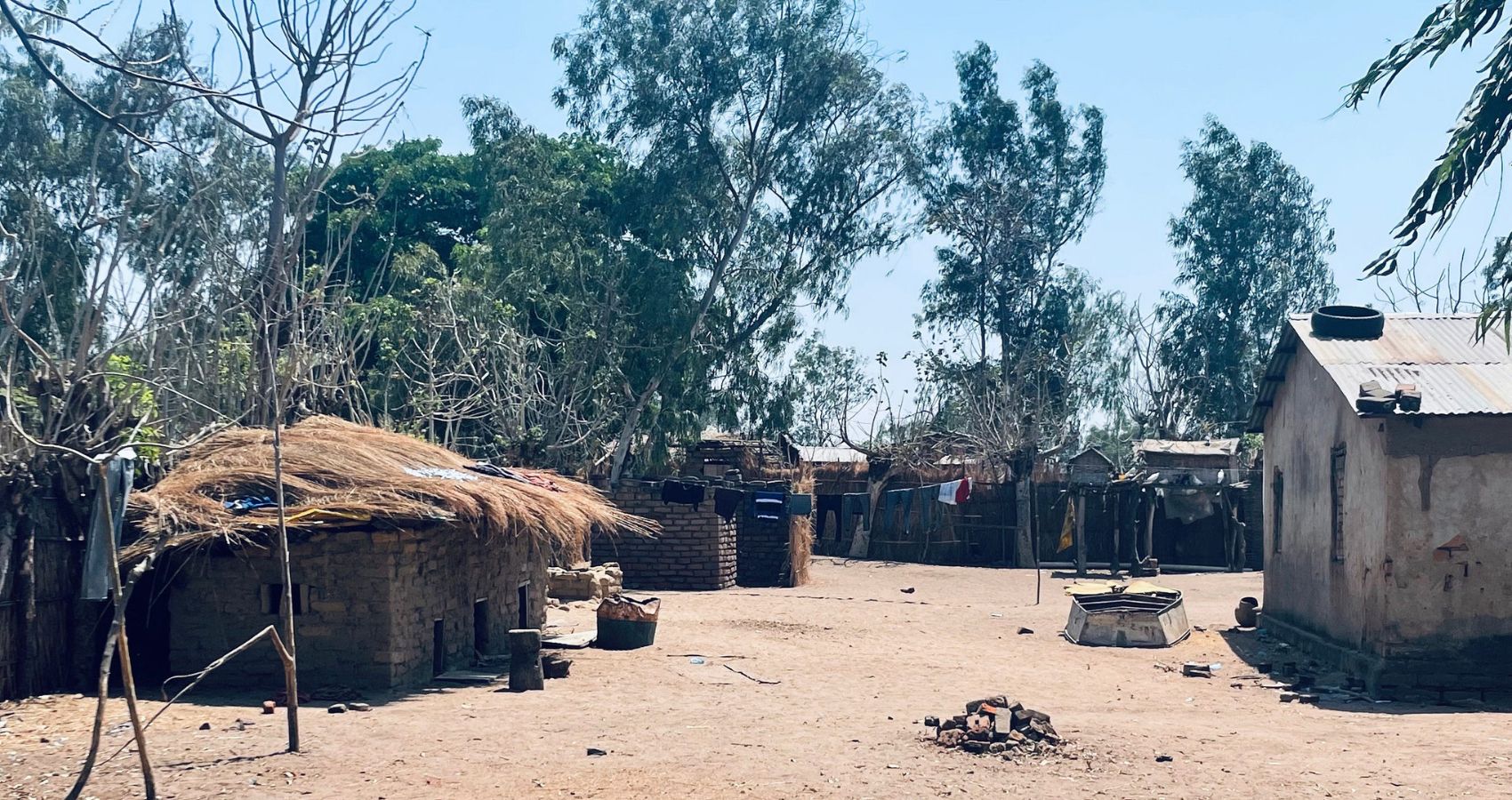 Help. Goodness. Oh Heavenly Father, I can’t get up. Help.’

Father does not hear anything, and yet he hears it, quite loudly. The nurse in the room has dropped the stethoscope and it has clanged against the floor. It is loud but not that loud. What is louder is the patient complaining that a doctor is giving a prescription for something he does not need, as another is demanding he be given some money – just any – to be able to afford his treatment. Father has heard the clank because he is in a hospital room and it is him and it is the nurse and it is the patient. What a blessing, this Chinese hospital. How much more modern it looks than the one he used to work at, the one that used to be right under this one.

Father has his own mother and her name is Grace. If she were able to receive treatment in a hospital just as she had fallen she would have had a better cast, or access to medical therapy, or a proper bed to rest in. She certainly would not be ailing to herself on her cot, wishing that she could somehow get up.

How the straw smells. How the musk of the goat intrudes into the bricks of the hut. There are little baobabs suckling air out of the fields, unfurling their branches into tumbled directions, hoping to breathe what they can out from the dirt. The door to her house is open. There is her cot and some pots and some posters and that is all. She sees the baobabs. She wishes to be like them, out in the open, having the sweat of her skin evaporate in the hot day’s wind. 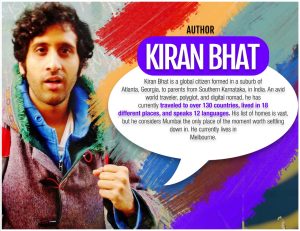 A fracture is not an easy wound to heal. It takes many weeks for a bone to mend. In a modern city like Blantyre there are households in which a person would bide their time by sitting around, watching Netflix, talking on the phone with friends. However in the villages of Mvera life is on the hills. People farm maize or cassava, tend to their goats, or gossip by the grass fences around their huts. Father knows that his own mother is an active woman. She goes out into the fields and keeps herself busy there all day, and when she is not doing that, she likes to sit around the well and chat with her friends.

But this gifted and diligent woman blessed with the name of Grace fell, and in one’s eighties, a small fracture could mean the end of much activity, and for much longer than a month. It has been just three days since the fall. It is a Saturday, but Father works day in and out, and he does not know when he will get a holiday.

Dear Heavenly Father, oh Heavenly Father. Please forgive me for I have sinned. I don’t know how I have sinned, but why else would you curse me this way if it were not for my sins? I have three beautiful boys, I have seen them all grow. I have lived a pleasant life, and I was grateful. There was a part of me who was sad that you took the most competent and diligent of my boys away from home and told him to work in Blantyre. Blantyre is hours away. He could have gone to Lilongwe, but he wanted to escape, I am sure. Who would not want to escape? Blantyre is green, Blantyre has proper streets, Blantyre has food that isn’t sweet potato and goat. He has a happy and fulfilling life for himself. Why would he want to come back? Even when his mother is stuck to the floor like it is her deathbed, he refuses to return. The reason must be because I have sinned.

I only ask my God my righteous God what was the sin which caused me to be stuck this way. I have been good to my children, I have good relationships with the men and women of our village. Why God? Why do you punish me with pain?

Father’s patient has returned from the toilet. This patient herself is an old woman, wobbling to herself like a pool of mud waiting to bake into clay. The woman is slow to get back onto the examination table, takes her time to push up her body and seats herself there. The nurse in the room and the patient banter to each other in Chichewa, while Father cleans the stethoscope. Her heartbeat is quite uneven. Her blood pressure is abnormally high. A more indolent doctor would prescribe blood thinners and be done with it, but Father is curious. Is the woman close to suffering from a heart attack? Are they about to catch something that will prevent this woman from suffering from a more serious disease?

‘Please forgive me for I have sinned…’

‘A woman of my age should be with her children.’

‘Forgive me for I have sinned.’

Some tests pass and there is no sign of any medical abnormality. An elevated blood pressure can cause fainting spells to people of age. This dear old woman is suffering from the malnutrition, this dear old woman probably has a lot of problems in her head, and her son was just worried, which is why they spent the little money they had on a consultation. Father prescribes some blood thinners, knowing that they will probably be too expensive. The son and him debate and discuss and even bargain, but Father is not prescribing them because he wants to make money off of the prescription; he really believes it is this woman’s best interest to take them. And this woman’s son ultimately knows that. Father and the man exchange the truth in one felt glance. Nonetheless the man has no money, the man has to beg, and Father has nothing to give to him. If Father gave something to each and every patient who begged, he would leave the hospital each day with not a single kwacha in his pocket. And Father has his own expenses, just as Father has his own loved ones to worry over.

If my son Mavuto was here he would feed me one of those fried mice. He hates them as an adult but loved them as a child. We would eat them together. I would guzzle the mouse down in one bite. Crunching my teeth against the softness of their hairs, the slight brittleness of their bones, the saltiness of the flesh, I would remember too much, and I would want to cry.

I did everything for my son and he knows this. But my son now calls Blantyre his home and it is almost a half-day away. If my parents were sick and I lived far I wouldn’t make an excuse. I would simply drop my obligations and leave. Parents should come first, especially after they have done everything to give their children their everything.

As for his mother well, she has grown too far from him.

His own mother… his own flesh and blood… How quickly time is passing. Soon she will be no more, and then he will regret it…  he will ask himself, why didn’t I spend more time with my own mother?

Oh Heavenly Father, I should have never fallen.

Father sees a patient every twenty minutes for the next five hours until it is the end of his work shift. He leaves the hospital wanting to call his younger brother.

Chikondi comes after a long day in the field. The smell of his sweat fills the room. The mud bricks of the house cake out the heat. He sits in a corner to himself and rests. His mother expresses she is thirsty so Chikondi brings water from the well and lifts it from a bucket into her mouth. They talk on and on, share jokes with each other, until Chikondi’s wife and their children come. Her daughter-in-law prepares for all of them nsima, her grandchildren lay about her side and sing Gospel songs, and they all take turns feeding her pieces of mwankhwala, then pray that the root will heal her injury. Chikondi and their family have their own hut of bricks, and the sun is setting, but they sleep on the floor all around his mother, making sure that not for a single second of the night she feels alone.

But he chooses not to, because he knows Chikondi is responsible, and they have talked on the phone almost each and every evening. Chikondi keeps Father informed as to their mother’s condition. Father need not disturb him as he does look after their mother.

Father thinks about what his older brother is doing.

Or perhaps it is best he not think about his older brother. Father is already prone to worrying, and with his mother’s health on the surface of his conscience, it is best not to think whether or not Chiyembekezo is making things better, or making things worse.

And then there is Mavuto… Mavuto…

Father gets into his car. He rolls down the window, despite knowing that the wind as his car gets going will not blow at him but past him. He pats at the red film of dust on his seat, despite knowing that it has been stained this way through decades of visits to his village, and it will never come off.

The greenest of trees are in front of him, as are the tall buildings, yet nothing of respite is on Father’s mind.

Two men hoist a black mache creature in the shape of a horse, its black hair matted and long, two horns sticking out. The men wear grass skirts and tied clothings tangled around their legs and stomp their feet about, up and down the highway, right outside maize field of the village.

Death has come, and they trample the earth to grieve.

Father can wonder of her health all he likes, but the truth is that unless he takes the time to return to his village, he will never know the extent to which his mother’s fall has affected her, and how long it will take for her to recover.