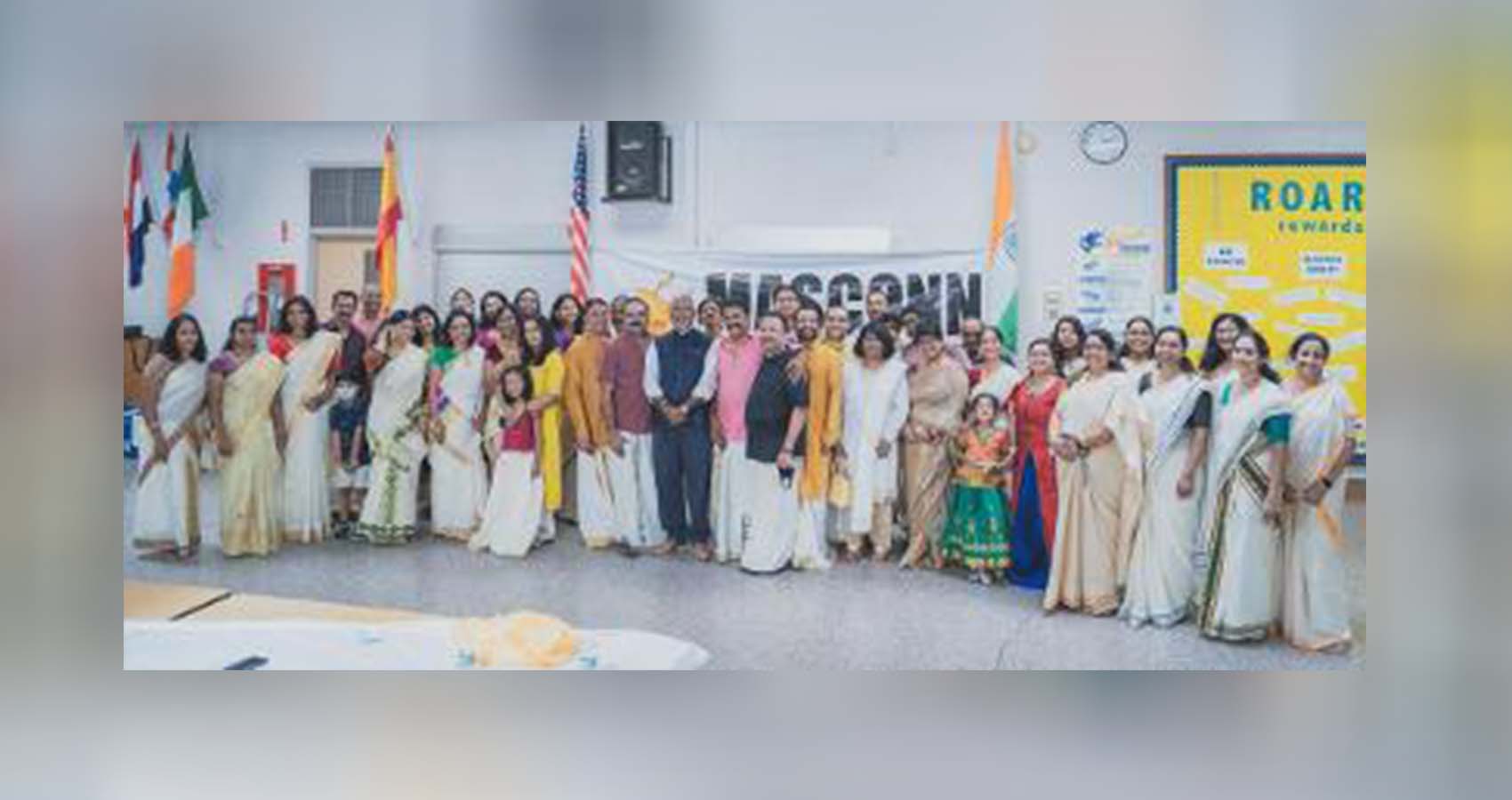 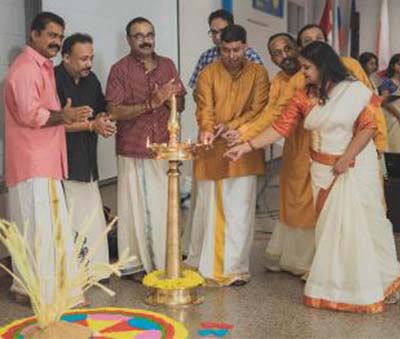 Men, women, children and youth dressed in traditional attire, from across the state of Connecticut came together to celebrate their culture, traditions, and fellowship during the annual Onam celebrations organized by Malayalee Association of Southern Connecticut (MASCONN) at Madison Middle School, Trumbull, CT on Saturday, September 18th, 2021.

The long awaited Onam celebrations, especially during the Coid pandemic, began with the lighting of the traditional Nailavilakku or lamp by honored guests of MASCONN and the executive committee members. The chief guests who graced the event and shared their Onam greetings and message included, several members of FOMAA, including the Treasurer, Thomas T Thomas; Vice President of Pradeep Nair; and Joint Treasurer, Biju Thonikkadavil.

A colorful Pookoalm and the traditional lamp with a sandalwood tilak on forehead at the entrance of school, giving them a warm traditional Indian welcome. Legendary King Mahabali was given a traditional welcome as he mingled with the participants showering his blessings. 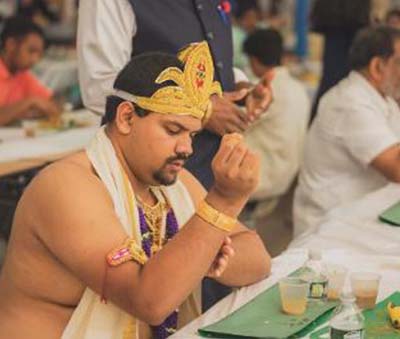 “MASCONN an offshoot of the natural growth of the Indian-American especially Malayalee Community in the southern Connecticut region,” said Sujanan Nair, President of MASCON, in his welcome address.

“In a very short period, we have grown by leaps and bounds and we strive to meet the growing needs of our community. He praised the Masconn Youth group and the executive committee and the members for their dedication.

“Onam awaits one very special visitor, Kerala’s most loved legendary King Maveli. He is the King who once gave the people a golden era in Kerala. The King is so much attached to his kingdom that it is believed that he comes annually from the nether world to see his people living happily.

It is in honor of King Mahabali, affectionately called Onathappan, that Onam is celebrated,” Sujanan Nair explained the story behind this cultural festival of Kerala, a southern Indian state.

The whole ambience was filled with nostalgia since it was an occasion for all the Malayalees in Connecticut to cherish their childhood memories, especially everyone enjoyed the sumptuous Onam Sadhya (meal), the most important and main attraction of the day with different traditional dishes and ”payasam” that was served on banana leaves. 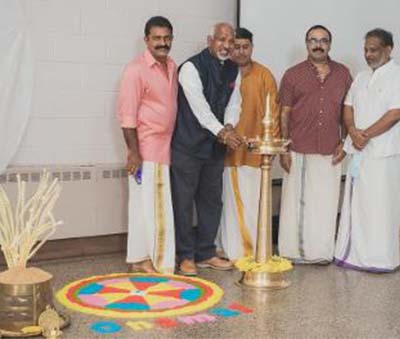 Participants were dressed in their traditional attire. The most traditional costume for the men of Kerala is the “Mundu” which is mostly white in colour. It is worn tightly at the waist with a knot and comes down till the feet. Women following Hinduism wear a blouse and mundu known as “Mundu neriyathu.” Children were seen elegantly in mundus, shirts, sarees and salwar.

In his Onam message, Mahabali told the audience that the “beauty of the festival lies in its secular fabric. People of all religions, castes and communities celebrate the festival with equal joy and verve. Onam also helps to create an atmosphere of peace and brotherhood by way of various team sports organized on the day,” he added.  Tijo Josh proposed vote of thanks, while thanking all the organizers for the great event they had worked so hard to put together.

Living in countries that are far away from their homeland, in the midst of different cultures, busy with the day-to-day mundane work and home tasks, the Non Resident Indian (NRI) community made this “land of opportunities” their home, have brought with them these cultural traditions and have sought to pass them on to their children, who are often born and raised here. Onam is a festival celebrated in the south-western state of Kerala, India. The Keralites or the Malayalees, the illustrious people of the beautiful state are known around the world, celebrate the festival of Onam wherever they are. 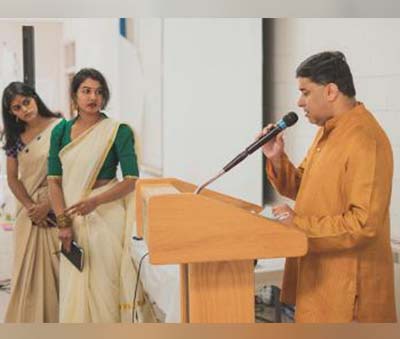 The celebration of Onam festival provides them with a perfect opportunity to encourage the new generation of children of Indian origin to witness, learn and appreciate these rich traditions, even while it offers the first generation NRIs to stay connected and cherish the rich cultural heritage they hold so dear to them Malayalee Association of Southern Connecticut (MASCONN) which was formed less than ten years ago, the cultural extravaganza was in many ways “reliving the culture and traditions” and “cherishing the past with a view to pass it on to the future generation.”