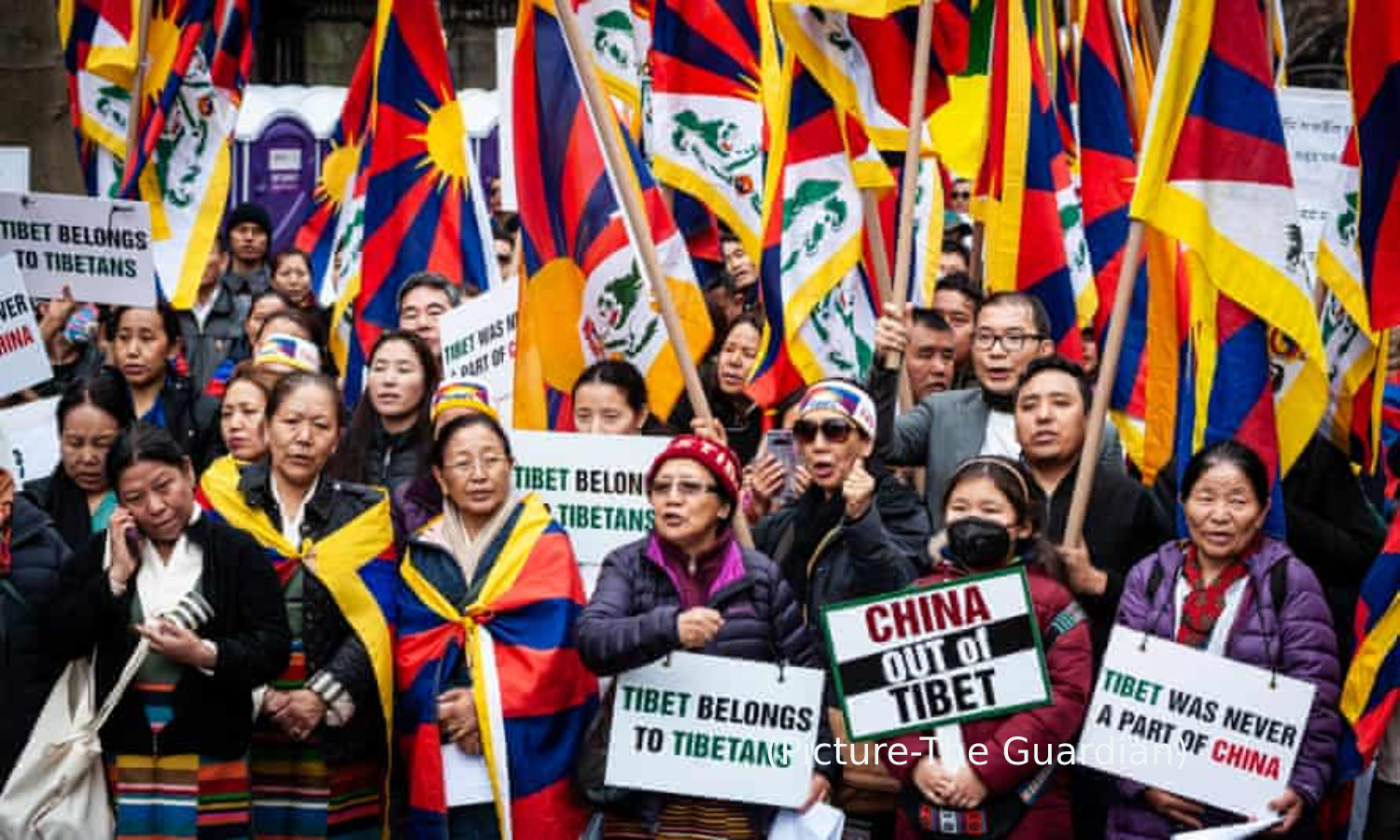 NEW YORK, February 13th—Today, Tibetans around the world celebrated Tibetan Independence Day, a commemoration of when the 13th Dalai Lama and the Tibetan people restored Tibet as a sovereign nation and proclaimed Tibetan independence after the failed invasion of the Manchu army.

Despite China’s brutal occupation, Tibetans inside Tibet, continue to reclaim Tibet through their protests against Chinese rule. The recent news of Chinese police murdering 19-year-old monk, Tenzin Nyima, for a non-violent protest calling for Tibetan Independence exemplifies just how severe the situation is inside Tibet. Tibetans in exile stand in solidarity with their compatriots inside Tibet by holding February 13th protests and by raising the Tibetan flag. Under Chinese Communist rule, even the mere possession of the flag can result in imprisonment, torture or worse. Therefore, Tibetans in exile who have the freedom to raise this flag do so to show China that they cannot extinguish the longing of Tibetans to be free. The #RaisetheTibetanFlag campaign saw hundreds of people around the world proudly display their Tibetan flag on social media.

In New York, Tibetans and supporters gathered outside the Chinese Consulate to raise Tibetan National Flag as a sign of protest to mark this historic day. Proclamation of Tibetan Independence was read by activists at the event and protesters chanted “Free Tibet, End to the Chinese occupation. Long live His Holiness Dalai Lama”.

“By publicly commemorating our proud history as an independent nation – a history that the Chinese government has spent over 70 years trying to erase from the global consciousness – we are reclaiming our past for future generations while strengthening our struggle so that His Holiness the 14th Dalai Lama and all Tibetans can one day reunite in a free Tibet,” said Tashi Lamsang, President of RTYC New York and New Jersey.

“In occupied countries, observing independence day is a powerful expression of a people’s desire for freedom. Despite Chinese brutal occupation and their systematic attempt to erase the history, culture, and unique identity of the Tibetan people, Tibetans in Tibet, especially the new generation are reclaiming and securing the truth about Tibet’s history and increasing their calls for freedom.” Lobsang Tseten, Campaign Associate, Students for a Free Tibet.

On February 13, 1913, the great 13th Dalai Lama and the Tibetan people restored Tibet as a sovereign nation and proclaimed Tibetan independence after the failed invasion of the Manchu army. To mark this historic day, on February 13th, 2013, the global Tibet movement observed the centennial of the Declaration of Tibetan Independence by His Holiness the 13th Dalai Lama. Since then, February 13th has been celebrated worldwide by organizing flag raising ceremonies, exhibitions, lobbying events, and other creative actions to put a spotlight on Tibet’s independent past. This year marks the 9th anniversary of the celebration of Tibetan Independence day.

The New York event was organized jointly by Regional Tibetan Youth Congress New York and New Jersey and Students for a Free Tibet.