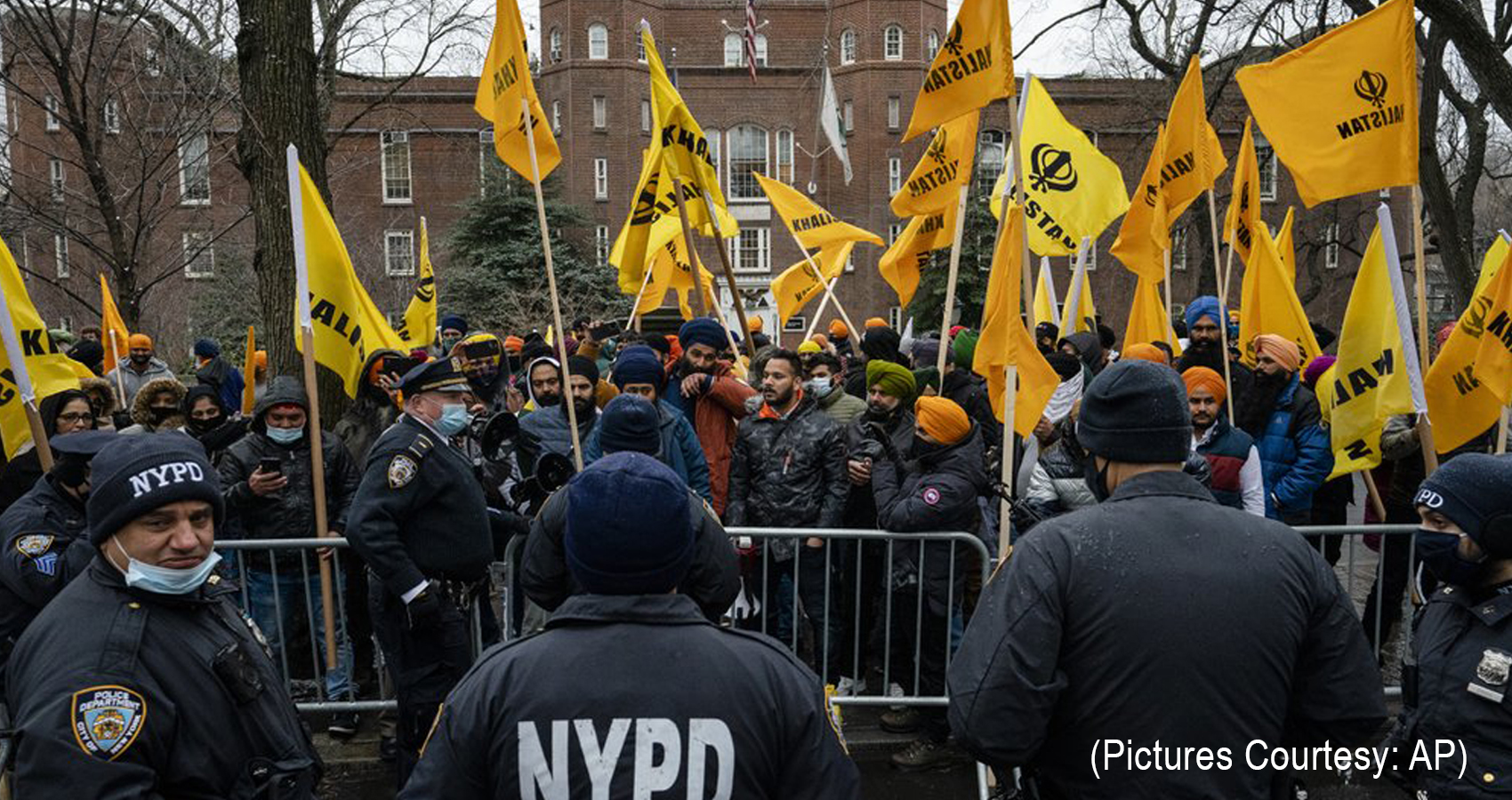 Demonstrators showing solidarity with protesting farmers in India rallied Jan. 26 outside the Indian consulate in New York, some honking their car horns while others stood in the snowy weather, yelling slogans and waving flags.

The crowd gathered on Manhattan’s east side on India’s Republic Day, a national holiday that honors the anniversary of India’s constitution coming into effect. Indian farmers have been protesting for nearly two months over new laws they say will benefit big corporations and wreak havoc on the earnings of smaller scale farmers. They want the laws withdrawn.

Drivers sounded their horns as they went by the blocked-off street where the consulate is located, off Fifth Avenue near Central Park. Those who stood on the street chanted against Indian Prime Minister Narendra Modi, with one sign reading: “Someone stop their boy Modi before he eats us too! Save the farmers!”

Parminder Singh came from Chicago, saying his family in the Indian state of Punjab was “getting hurt by the law that’s made by the Indian government right now.”

Many of the farmers are Sikhs from the northern state and neighboring Haryana, which are major agricultural producers. Among those at the New York march were protesters calling for the establishment of Khalistan, a separate homeland for members of the religion, and carrying flags emblazoned with the name of the secessionist movement.

“We are here today to challenge India, who has carried out the genocide of Sikhs and enacted farm bills to carry out the homicide of the Sikhs and the farmers of Punjab and Haryana,” said Bakhshish Singh Sandhu, of Philadelphia, the president of the Council of Khalistan. “And so we are here to challenge India under their constitution. It has attacked the Sikh identity and Sikh religious institutions.”

Organizers said other protests were planned at consulates in other parts of the country Jan. 26. Other solidarity protests have been held around the United States in the last two months, in cities including Houston and San Francisco.

In India on Republic Day, tens of thousands of farmers stormed the historic Red Fort in New Delhi, breaking through police barricades and shocking onlookers watching as it was broadcast on live television.

Indian authorities used tear gas, water cannons and placed large trucks and buses in roads to try to hold back the crowd, including rows upon rows of tractors. Police said one protester died after his tractor overturned, but farmers said he was shot. Several bloodied protesters could be seen in television footage.