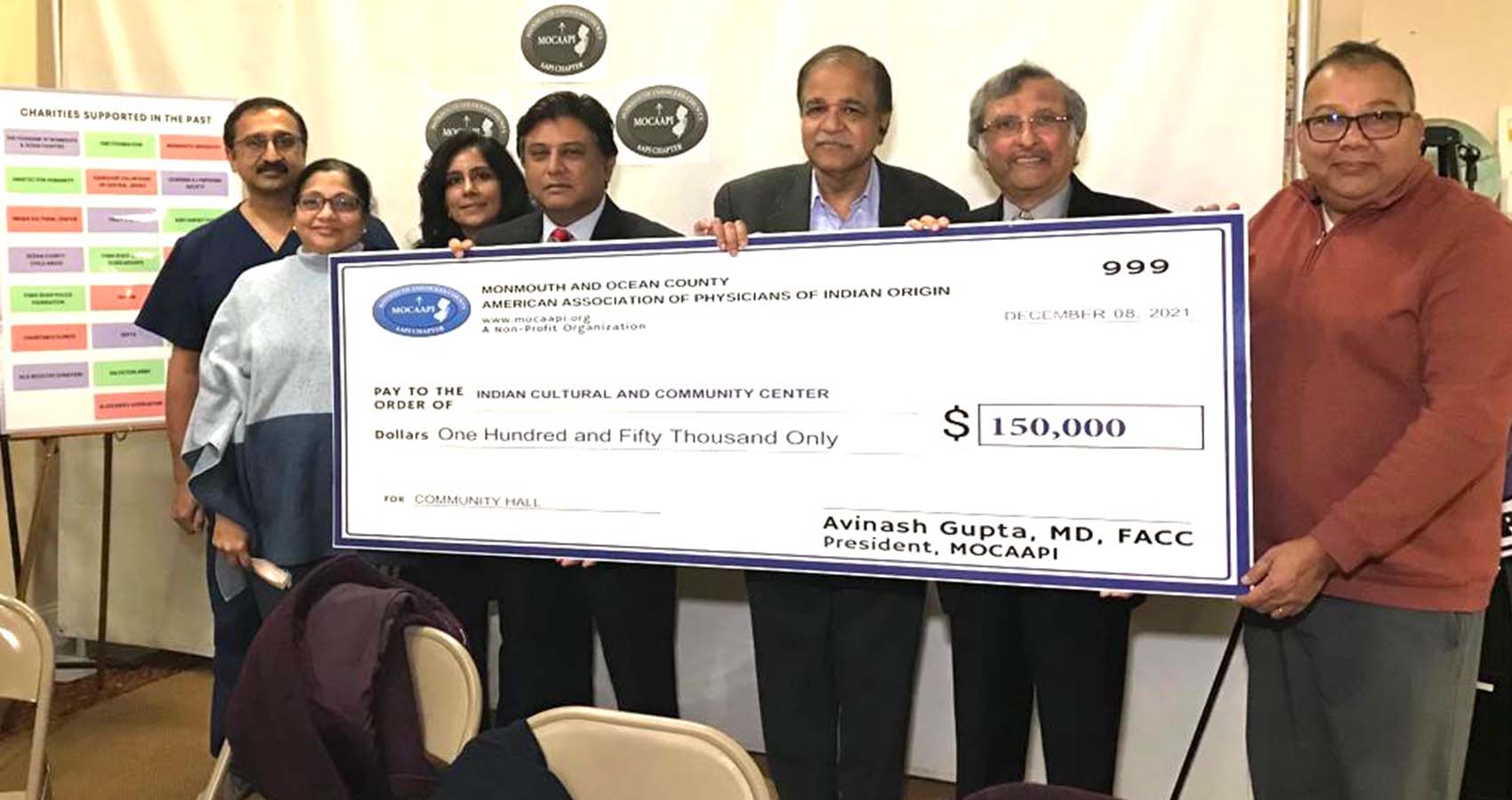 The Monmouth Ocean County Association of Physicians of Indian Origin (MOCAAPI) in the state of New Jersey announced that it has donated $300,000 of which $150,000 to the Fulfil Food Bank, and another $150,000 to the Indian Cultural & Community Center in Toms River, making good on its pledge to help the community.

According to a Dec. 11, 2021 press release, MOCAPPI, a non-profit, 501(c)(3) charitable organization, was established in 2003, and has raised more than $500,000 over the years through annual charitable galas, popular golf outings, and other events, will continue to work for the betterment of society through its impactful donations. 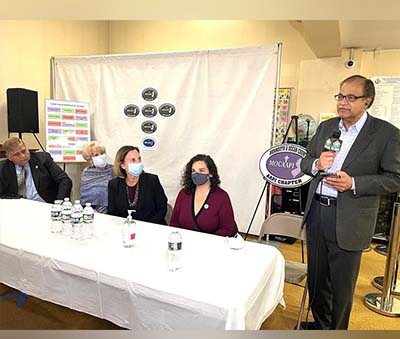 “It was a long-time dream of MOCAAPI members to make an impactful donation which is being fulfilled today by making a $150,000 donation to Fulfill Food Bank of Monmouth Ocean Counties and $150,000 to the Indian Cultural & Community Center to build a much-needed Community Hall in Toms River,” MOCAAPI President Dr. Avinash Gupta is quoted saying in the press release.

“With everyone’s participation, generosity, and thanks to our past presidents’ efforts, we have been able to raise over $500,000 over the years,” Gupta added.

The physicians’ organization has also partnered with OCHD (Ocean County Health Department) to vaccinate thousands of its residents during the peak of COVID-19, distributed hot meals to health care workers in local hospitals and vaccination centers, and distributed blankets to the homeless.

For their volunteer work with OCHD, the physicians of MOCAAPI were presented with a proclamation from the New Jersey state senate and general assembly. It was awarded Healthcare Hero Award by the CMC Board of Trustees.

Fulfill’s new CEO and President Triada Stampas, along with Fulfill’s Director of Development Linda Kellner, attended the event where the donations were made.

Stampas said this donation will provide 450,000 meals. Currently, Fulfill provides meals to 215,000 residents of Monmouth Ocean counties out of which 70,000 are children. They even pack meals in the backpacks of 1,000 children to go, and last the weekend.

Ocean County Sheriff Michael Mastronardy and Commissioner Virginia Haines praised the MOCAAPI doctors for their outstanding service to the community during the pandemic.

Dr. Bankim Shah, co-chairman of Shri Siddhivinayak Temple USA, (SSVT), and Pravin Parekh among several others from ICCC expressed their appreciation and said it will fulfill the need of the growing Indian community in the area. According to information provided by MOCAAPI, Dr. Shah “announced another matching contribution of $150,000 from SSVT.”

The leadership and generosity of Drs. Avinash and Geeta Gupta were praised, for a personal matching donation of $150,000 to the ICCC to build the community hall where children can learn about the culture and heritage, senior citizens can meet, carry out yoga, health care camps, motivational & life-skills classes, fundraising events and celebrate festivals together.

Dr. Avinash Gupta thanked his team of Officers, Executive Members, the Board of Trustees, and especially the past Presidents because of whom this was made possible, a press release from the organization said.

Child hunger is projected to increase by approximately 75% in New Jersey due to the impact of the pandemic, MOCAAPI said. Fulfill, a tax-deductible organization, has a four-star rating from Charity Navigator, with 95 cents out of every dollar donated going directly towards feeding hungry individuals.

The Indian Cultural & Community Center was incorporated in 2016 as a non-religious non-profit charitable organization(https://www.indianculturalcommunitycenter.org) in Toms River, N.J.