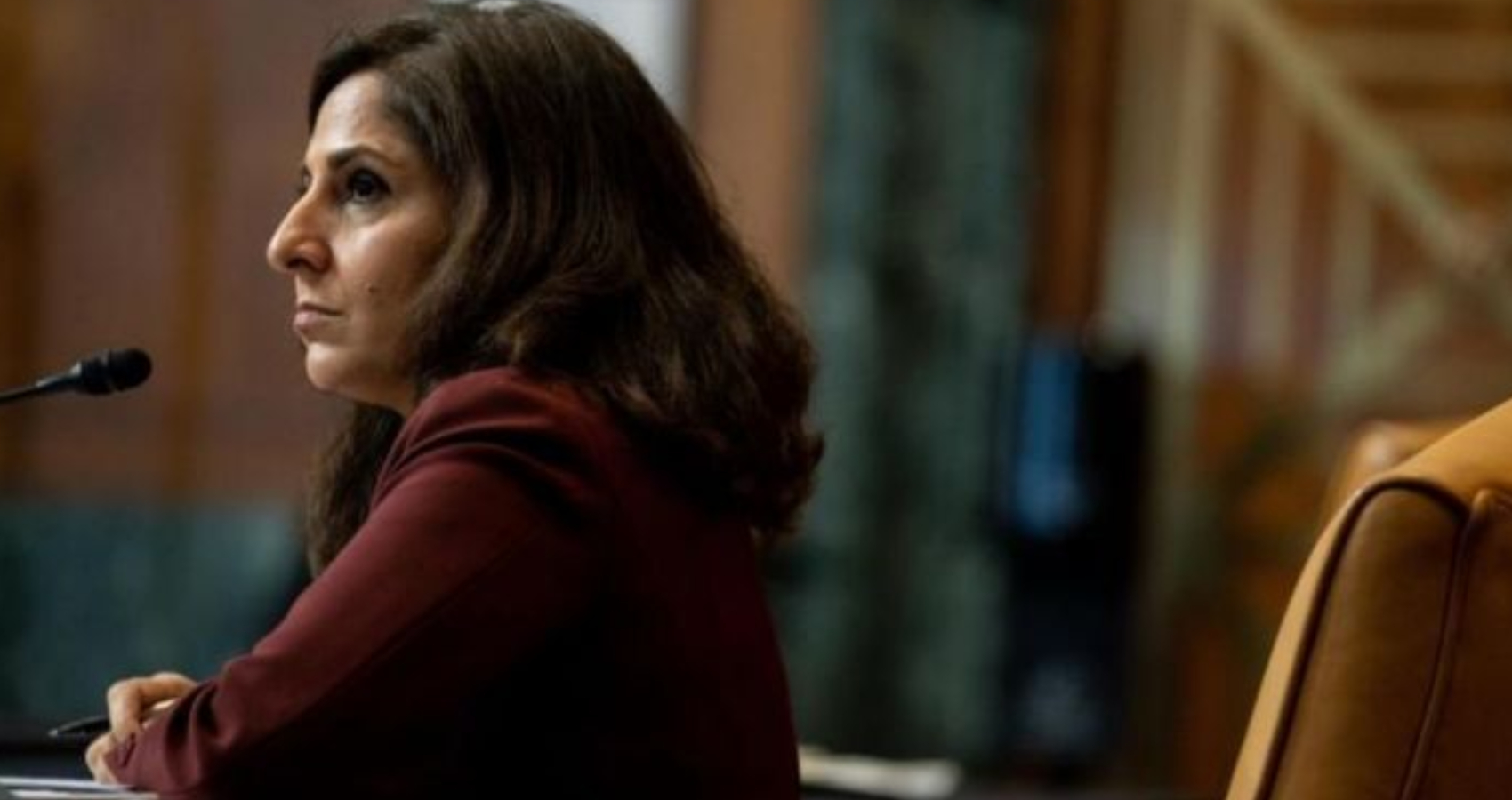 President Joe Biden’s Indian-American nominee for a cabinet post is at risk of not getting the Senate’s approval after a Democratic Senator announced he would not vote for her.

Sen. Joe Manchin, D-W.V., a key moderate Democrat, announced Friday he would oppose President Joe Biden’s nominee to run the Office of Management and Budget, throwing her nomination into jeopardy.  Appointments of members of the cabinet and senior officials have to be confirmed by the Senate.

“Her overtly partisan statements will have a toxic and detrimental impact on the important working relationship between members of Congress and the next director of the Office of Management and Budget,” he said.

A loyalist of former Democratic Party presidential candidate Hillary Clinton, she had alienated both Republicans and Democrats with her caustic tweets which have now come back to haunt her.

Although a final Senate vote on Tanden’s nomination has yet been scheduled, Manchin’s opposition could scuttle her confirmation because of the Senate’s 50-50 split between Republicans and Democrats. She would need to pick up at least one vote from a Republican and for Vice President Kamala Harris to break a potential tie to secure the simple majority needed for confirmation.

The White House signaled it would press ahead with Tanden’s confirmation. It seems unlikely that any Republican would support her nomination in the evenly divided 100-member Senate.

GOP Senators Susan Collins of Maine and Mitt Romney of Utah will vote against confirming Neera Tanden to lead the Office of Management and Budget, further putting Tanden’s nomination in peril in the evenly divided Senate.

“Congress has to be able to trust the OMB director to make countless decisions in an impartial manner, carrying out the letter of the law and congressional intent. Neera Tanden has neither the experience nor the temperament to lead this critical agency,” Collins said in a statement. “Her past actions have demonstrated exactly the kind of animosity that President Biden has pledged to transcend.”

The defeat of Tanden’s nomination would mark the first defeat for Biden in the Senate, which has so far approved seven appointees with the support of many Republicans. They include the secretaries of state, defense, treasury and homeland security. It would also point to the rough road ahead for Biden in keeping all the 50 Democrats in his fold to get the budget and some other legislation through.

“You wrote that Susan Collins is the worst, that Tom Cotton is a fraud, that vampires have more heart than Ted Cruz. You called leader McConnell: Moscow Mitch and Voldemort, and on and on,” he said. As an adviser to the Clinton campaign, Tanden had made personal attacks on Sanders.

She faced an embarrassing situation when she appeared before the Senate Budget Committee, which is chaired by Senator Bernie Sanders, an independent aligned with the Democrats who had run for that party’s presidential nomination against Hillary Clinton in 2016.

Tanden has apologized for her tweets telling the Senate Homeland Security Committee last week, “I deeply regret and apologize for my language and some of my past language.” At that committee’s hearing, Republican Senator Rob Portman brought up some of her tweets.

She admitted, “I must have meant them, but I really regret them.”

Sanders has not indicated how he would vote, but during the hearing the leftist leader grilled her about the donations of 33 million the Centre for American Progress that she headed had received from big business.

Tanden, who leads the Center for American Progress, a liberal think tank, faces a steep battle to confirmation, as her history of combative tweets targeting senators on both sides of the aisle rankled Republicans, in particular.

The Maine Republican also criticized Tanden’s decision to delete tweets before President Biden announced her nomination last year, saying the move “raises concerns about her commitment to transparency.” Tanden has admitted to deleting more than 1,000 tweets in November 2020 around the time Biden had named her to be OMB director.

However, Biden stood firmly by Tanden saying a firm “No”, when reporters asked him if he would withdraw her nomination. His Spokesperson Jen Psaki said, “Tanden is an accomplished policy expert who would be an excellent Budget Director and we look forward to the committee votes next week and to continuing to work toward her confirmation through engagement with both parties.” Senate Majority Leader Chuck Schumer said Sunday he is working to “find the extra votes” to carry her across the finish line.

If her nomination were to be approved by the Senate, she would be the second Indian-American to serve on the US cabinet. The first was Nikki Haley, who was given a cabinet rank by Trump when she was the US permanent representative to the United Nations