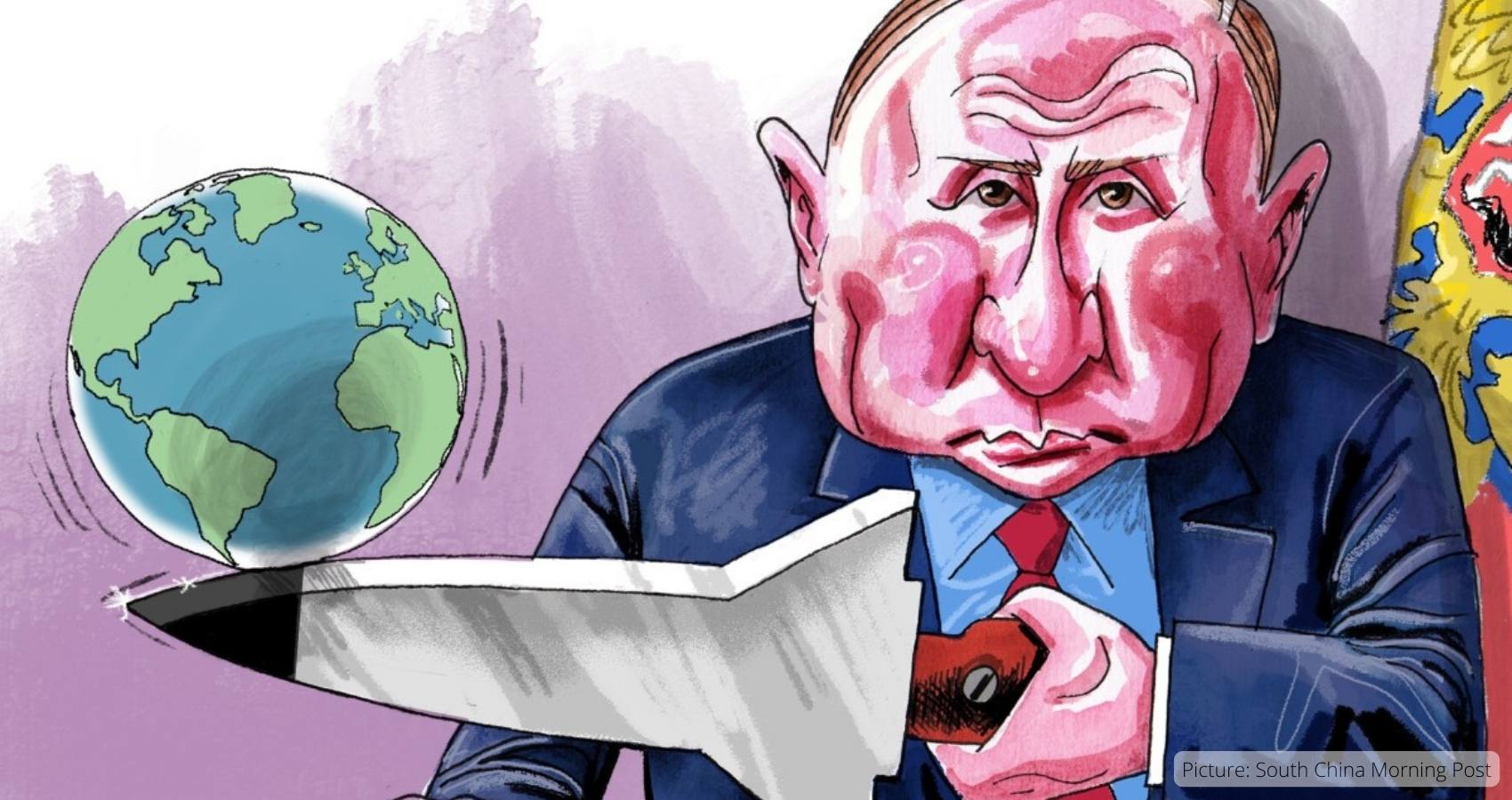 On September 30, 2022, Russian President Vladimir Putin signed agreements illegally incorporating the Ukrainian oblasts of Luhansk, Donetsk, Zaporizhzhia, and Kherson into Russia. He said Moscow would “defend our land with all the forces and resources we have.” He previously hinted this could include nuclear arms. Nuclear threats are no trivial matter, but Ukraine and the world should not be intimidated. The West should respond with political and military signals of its own.

The annexation of the four oblasts came 31 weeks after Putin’s disastrous decision to invade Ukraine and four days after Russian occupiers concluded so-called “referenda” on joining Russia. Those “referenda” were illegal under international law, had no credible independent observers, and, in some cases, required people to vote literally at gunpoint. No account was taken of the views of the millions of Ukrainian citizens who earlier had fled Russian occupation.

On that flimsy basis, Putin declared Luhansk, Donetsk, Zaporizhzhia, and Kherson to be parts of Russia, even though the Russian military does not control all those territories. Indeed, the Russian army finds itself on the defensive and retreating as Ukraine presses counter-attacks. Nevertheless, on October 3 and 4, Russia’s rubber-stamp legislative bodies, the Federal Assembly and Federal Council, each unanimously approved the annexations.

Putin’s territorial grab has two apparent motives. First, he seeks to divert domestic attention from the war’s costs (including tens of thousands of dead and wounded Russian soldiers), recent battlefield reverses and a chaotic mass mobilization. He wants to sell the Russian public on the idea that Russia has gained territory, so it must be winning.

Second, he hopes to dissuade Ukraine from continuing its counteroffensive and the West from supporting Kyiv. On September 30, Putin said the four Ukrainian oblasts would be Russian “forever” and would be defended “by all the means we possess.” Kremlin spokesperson Dmitry Peskov said that attacks on the four oblasts would be considered attacks on Russia itself. 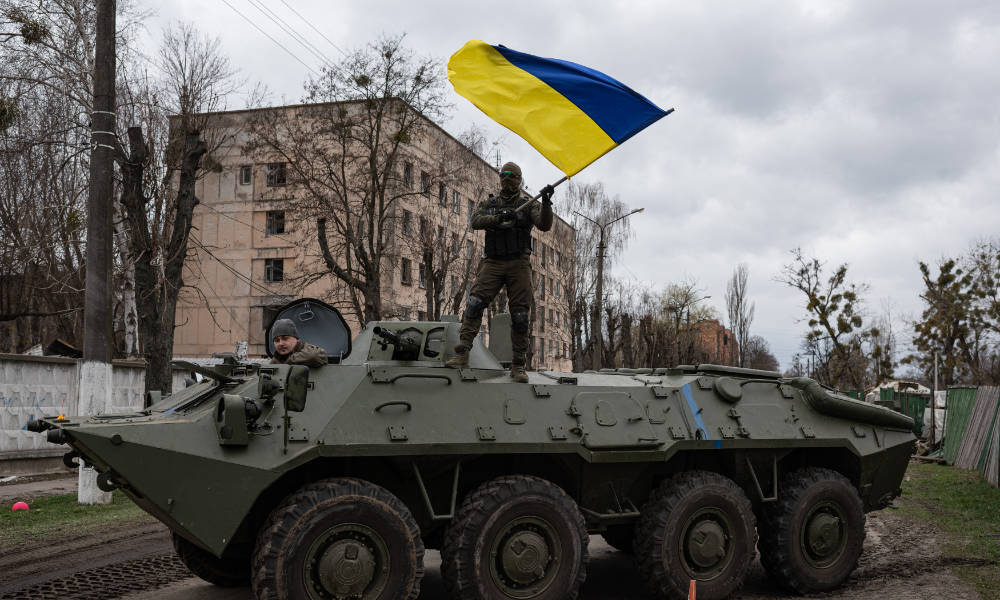 Putin has hinted at a nuclear threat, seeking to intimidate Ukraine and the West. Russian declaratory policy envisages the possible use of nuclear weapons in the event of a conventional attack on Russia “when the very existence of the state is in jeopardy.” Putin seeks to put a nuclear umbrella over the territories that Russia has seized.

One cannot ignore Putin’s ploy: after all, a nuclear threat is involved. But one should also understand that he has made a serious overreach.

Russia could lose this war — that is, its military could be pushed back to the lines before Russia’s February 24 invasion or even before Russia seized Crimea — and Russia’s existence would not be in jeopardy. Ukraine’s goal is to drive the Russians out of Ukraine. The Ukrainian army will not march on Moscow; indeed, the Ukrainians have been extremely judicious in conducting only a small number of attacks against targets on Russian territory (that is, Russian territory as agreed by the post-Soviet states in 1991 following the Soviet Union’s collapse).

Moscow pundits try to portray the war as a conflict with the West, which they claim aims to destroy Russia. Perhaps it feels better to be losing to the West, not just Ukraine. Still, Western leaders have made clear that, while they will support Kyiv with arms and other assistance, they will not send troops to defend Ukraine. They do not seek Russia’s demise or dismemberment; they want to see Russia out of Ukraine.

Losing the war thus would not be existential for Russia. It could well prove so for Putin, or at least for his political future. The nuclear fear arises because Putin, as he grows more desperate, may see Russia’s fate and his own as one and the same.

However, Putin likely understands that, were Russia to use nuclear weapons, it would open a Pandora’s box full of unpredictable and potentially catastrophic consequences, including for Russia. Moreover, more sober-minded Russian political and military officials understand those risks. Would they allow Putin to put Russia in such peril? The decision to go to war was Putin’s; losing may be existential for him, but it need not be for others in Moscow.

While minimizing nuclear risks is an understandable concern, the West also must weigh the price of acceding to Putin’s gambit. If he can use vague nuclear threats to persuade the West to accept illegal annexations following sham “referenda,” what next? Putin himself has suggested Narva, a city in NATO-member Estonia, is “historically Russian” land. If his ploy succeeds in Ukraine, might he be tempted to seize portions of the Baltic states, annex them, and declare a nuclear threat to try to secure his ill-gotten gains?

Putin seeks to create a new geopolitical reality in Europe, one that few, if any, others will accept. The West should respond with pointed messaging of its own, some of which has begun.

First, Washington has set the right tone. On September 18, U.S. President Joe Biden warned Putin against using nuclear weapons, saying the U.S. response would be “consequential.” U.S. National Security Advisor Jake Sullivan reiterated the point on September 25, noting “that any use of nuclear weapons will be met with catastrophic consequences for Russia, that the U.S. and our allies will respond decisively.” Both correctly left the specific nature of the U.S. and allied response ambiguous. Strategic ambiguity lets Russians worry about what might happen.

Washington has sent private messages to Moscow warning against nuclear use. U.S. Secretary of Defense Lloyd Austin and Chairman of the Joint Chiefs of Staff Mark Milley have periodically talked with their Russian counterparts and should now speak to Russian Defense Minister Sergei Shoigu and to the Chief of the General Staff of the Russian Armed Forces Valery Gerasimov. Shoigu and Gerasimov would be closely involved in any consideration of using nuclear arms. They may well have a more serious understanding of what nuclear use could entail for Russia than does Putin, and what is existential for Putin need not be existential for them.

Second, Washington and Kyiv’s other friends in the West should communicate their position to the Russian people, perhaps in a joint public statement. Such a statement should underscore that the West’s goal is not Russia’s destruction but withdrawal of the Russian army from Ukrainian territory or, at a minimum, a negotiated settlement on terms acceptable to Kyiv.

Third, Western diplomats should engage their counterparts in Beijing, Delhi, and other Global South capitals about Russia’s threat. Moscow needs to understand that any resort to nuclear weapons in a failing war against Ukraine would make Russia an international pariah.

Fourth, the West should increase military assistance so the Ukrainians can press forward and liberate more territory from Russian occupation. In particular, Washington should provide ATACMS — surface-to-surface missiles with a range of 200 miles — with the proviso, as currently applies to shorter-range U.S-supplied rockets, that they not target Russia (in its 1991 borders). But the door should be left ajar for ending that restriction should Russia escalate.

As the Kremlin continues to prosecute a war of aggression and tries to persuade the world that its annexations are legitimate, Putin has chosen to play a risky game. Western messaging should ensure that Russian political and military elites understand that the game poses serious risks as well for Russia and for them personally.