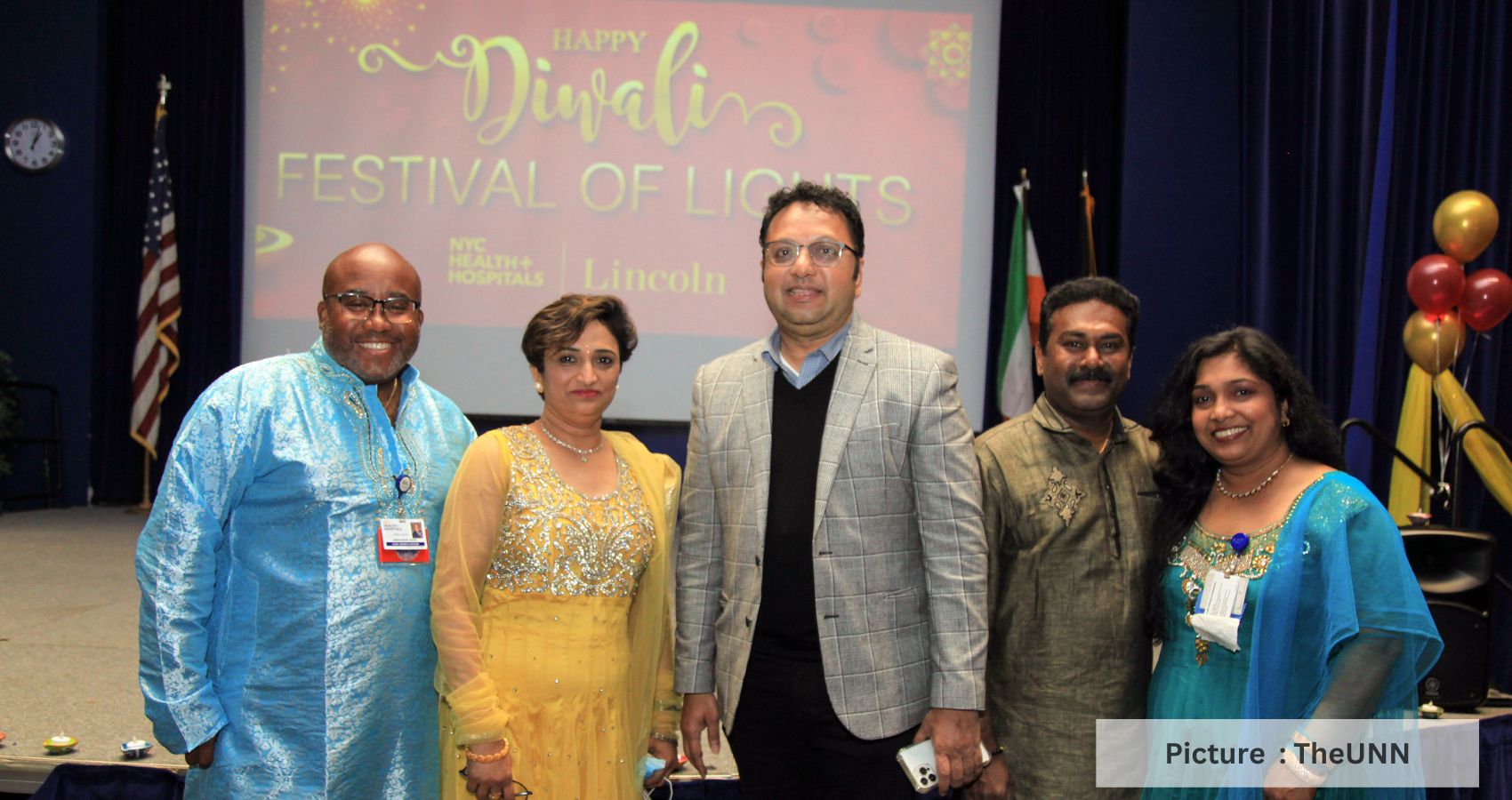 Diwali, is one of the major religious festivals in Hinduism, Jainism, and Sikhism. The name Diwali is derived from the Sanskrit term “Dipavali”, meaning “row of lights.” The festival generally symbolizes the victory of light over darkness. It is one of the most popular festivals with south Asian communities and Indian diaspora. The festival has secured a sturdy foothold far from the subcontinent in places with significant Indian diaspora population – like New York. NYCHHC Lincoln provides a multicultural community setting to help the staff experience cultural diversity through participation in different forms of art.

The program was inaugurated and the lamp was lit by Chief Executive Officer Christopher Roker in his speech he mentioned that Diwali is “Personally” a day of reflection, it’s also about celebrations and  “ happiness, positivity, bringing people together.” Unity and diversity is also our strength.

The chief guest & keynote speaker was Tom George Kolath, actor, writer, director, film producer addressed the audience and he stated “Be the Change for others through showing the spirit of Diwali and it reflect the light in other people’s life.” That bigger picture of accepting and recognizing other cultures and festivals is always admirable.

You healthcare workers are so awesome. I would like to inhale all your love & support and Exhale my gratitude.” Mr. Kolath also thanked our Mayor Eric Adams and Governor Kathy Hochul for taking that initiative and recognizing an Indian Festival to this Empire state and also in NY City.

Davinderpal Hanjan did a wonderful job being the Emcee and all staff who were dressed in Indian clothes participated in a fashion show which was very interesting to watch the different styles and dresses representing different states of India.

Roshin Mammen entertained the audience with his performance with drum beats to a Bollywood song. Sukhdeep Hayer, Tara Shajan, and others performed a catchy performance of Bollywood dance and Indian fashion show. The closing remarks was by Dr. Usha Venugopal who delivered the vote of thanks. The dance floor was opened with Bollywood music & staff enjoyed dancing to that catchy music. Staff enjoyed the Diwali sweets and food which was served thereafter.  HAPPY DIWALI.