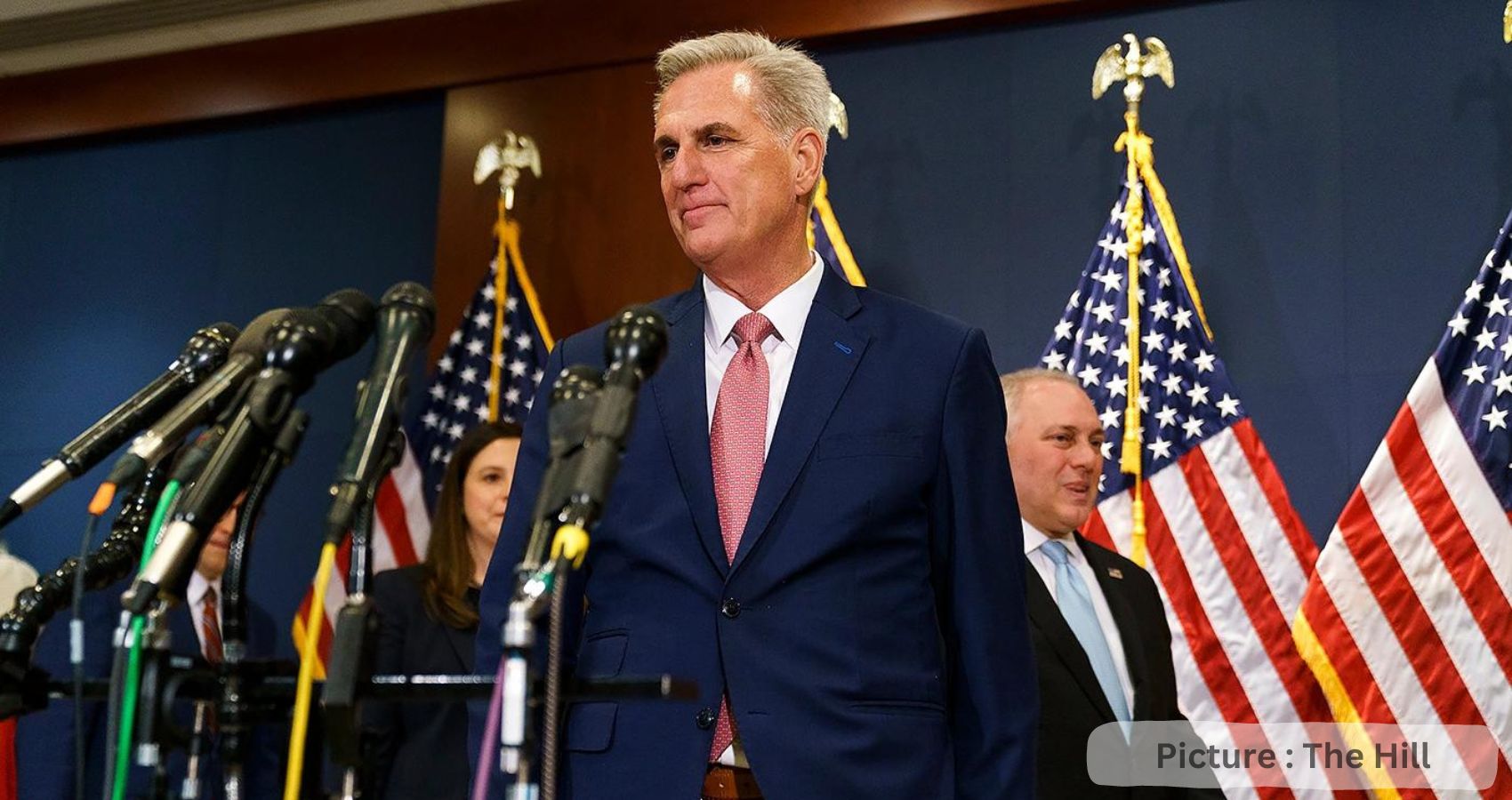 House Minority Leader Kevin McCarthy (R-Calif.) is expected to go to the House floor to fight for the Speakership as his GOP opponents signal their stance is hardening.

McCarthy this week started posturing for a floor showdown and turning up the heat on those withholding support.

On Newsmax on Monday, McCarthy warned that House Democrats could pick the Speaker if Republicans “play games” on the House floor on Jan. 3. He shot down a question from CNN on Tuesday on whether he would step down in the race for Speaker if he does not get support from 218 Republicans. And on Fox News Tuesday night, he warned that if he does not get a majority of Speaker votes, GOP investigative priorities cannot go forward.

McCarthy won support from more than 80 percent of the House Republican Conference for the Speakership nomination. But 31 Republicans voted against him, and with the GOP winning a slim majority — around 222 seats to around 212 for Democrats, all of whom are expected to vote for Rep. Hakeem Jeffries (D-N.Y.) for Speaker — just a handful of GOP defectors on the floor could force multiple Speaker ballots or sink his bid.

A Speaker can be elected with fewer than 218 votes, as the nominee only needs support from a majority of those voting for a candidate. Vacancies, such as the seat for the late Rep. Donald McEachin (D-Va.), who died on Monday, absences and “present” votes lower the threshold that a Speaker will have to reach, and potentially give McCarthy some wiggle room.

But in an escalation, all five of the House Republicans who have explicitly said or strongly indicated that they will not vote for McCarthy on the House floor on Jan. 3 — Reps. Matt Gaetz (Fla.), Bob Good (Va.), Matt Rosendale (Mont.), Ralph Norman (S.C.) and Andy Biggs (Ariz.) — now say they will not vote “present” during the Speakership vote.

Biggs and Good clarified this week they will vote for an alternative candidate, taking the same position as Norman. Rosendale also said he will not vote “present” and said he could only vote for McCarthy under “extreme circumstances.”

House Freedom Caucus Chairman Scott Perry (R-Pa.) said he will not make his position public, and Rep. Chip Roy (R-Texas) has only said that no one has 218 votes for Speaker right now. Rep. Lauren Boebert (R-Colo.) has declined to disclose her thinking on the Speakership, saying she is focused on the automatic recount in her election.

There is no viable GOP alternative to McCarthy for Speaker, making him the favorite to ultimately win the contest. But even some of McCarthy’s most vocal supporters, like Rep. Marjorie Taylor Greene (R-Ga.), worry there might be multiple floor ballots for Speaker.

“I don’t want to see that happen. I can’t guarantee that not happening right now,” Greene, a relatively recent backer of McCarthy, said.

Biggs and Good say that they think there are around 20 “hard noes” on McCarthy. Greene said she thought the universe of those leaning against McCarthy is closer to 10 members.

As those against McCarthy harden their stance, outside commentators are chiming in against the opposition. Conservative commentator Mark Levin on Tuesday called McCarthy’s opponents the “five boneheads.”

Among the priorities of those withholding support are rules changes for the House GOP conference and House as a whole, with the Freedom Caucus proposing measures that would empower individual members. Biggs has criticized McCarthy for not promising to impeach Mayorkas, though McCarthy last week called on the Homeland Security secretary to resign or face GOP investigations and a potential impeachment inquiry.

Several members of the Freedom Caucus also appear to be preparing for a floor showdown. A group of hard-liners met with the House parliamentarian on Wednesday, Politico reported.

There is still time for McCarthy to change minds and forge deals. In mid-December 2018, House Speaker Nancy Pelosi (D-Calif.) struck a deal with several members who were opposed to her Speakership to win their support.

McCarthy on Tuesday brought together leaders from several factions and caucuses in the House GOP — the “five families,” he later joked — to discuss rules change proposals and procedures for a House GOP majority.

McCarthy supporters Greene and Rep. Kevin Hern (Okla.), chair-elect for the Republican Study Committee, said they reached an agreement on a structure that would allow members to submit amendments for review if they meet a certain threshold of support among the GOP conference. In a Wednesday conference meeting, that threshold was set at 20 percent, Hern said.

But one Freedom Caucus priority to ban earmarks, which were brought back in this Congress as “community project funding” after a decadelong ban, was overwhelmingly shot down in a secret ballot vote. Hern said that only about a quarter of the conference voted in favor of the measure.

Hern expects McCarthy to win the Speakership at the end of the day.

“Nobody worked harder than he has to get us to this point in both raising money, but going around the country. He’s done a great job,” Hern said. (The Hill)