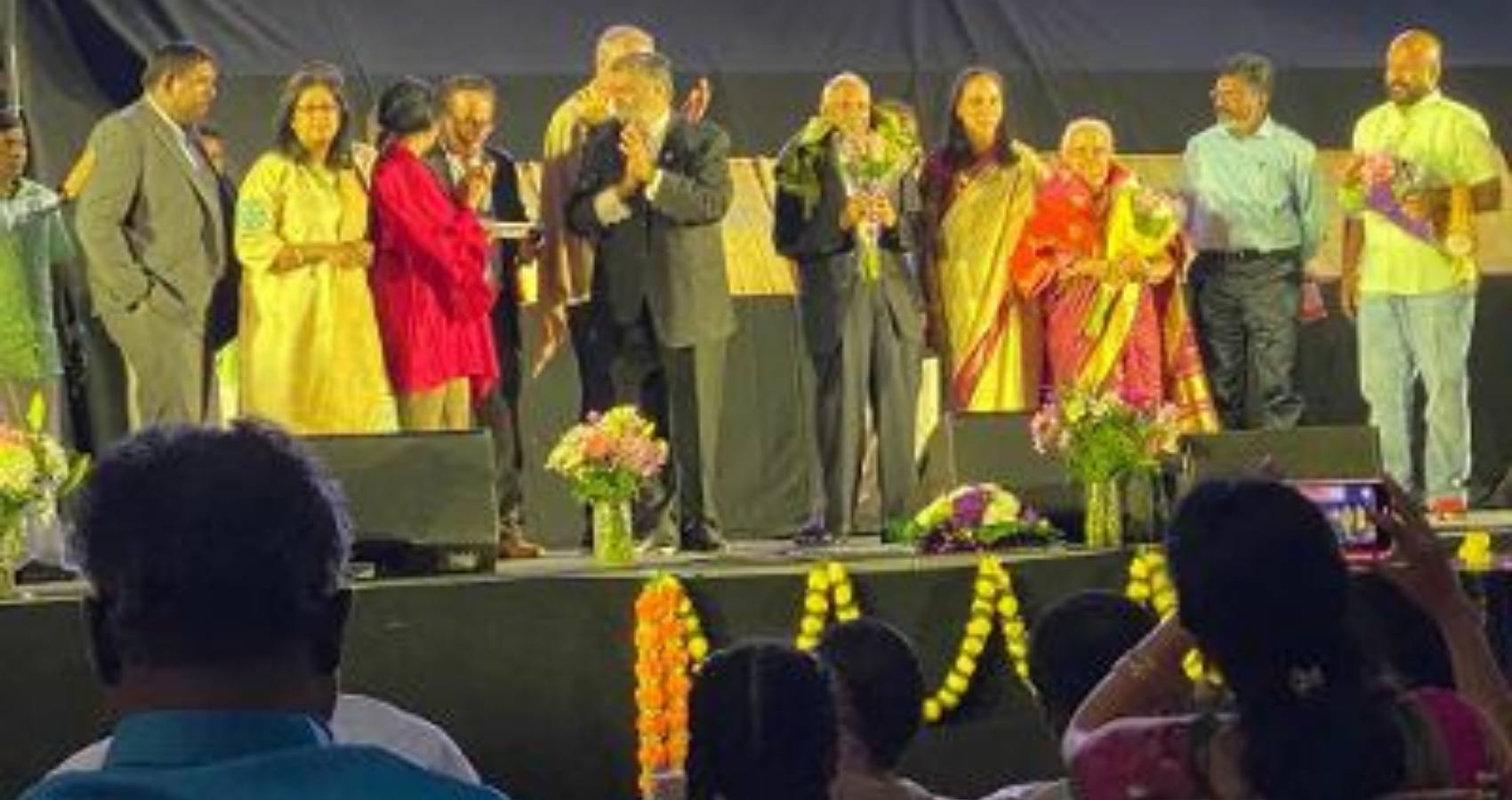 Kanchana and Jagadeesan V. Poola have been declared as “The South Asian Times-Couple of the Decade” during the 35th Annual Federation of Tamil Associations in North America (FeTNA) Convention in Queens, New York on July 2nd, 2002.  FeTNA is an umbrella organization of all Tamil Sanghams in North America.

Former New York City Mayor Bill de Blasio presented the award and acknowledged the couple for their social, cultural, and philanthropic deeds for the larger society in the USA.

Kanchana Poola, a community leader and philanthropist, best described as the unassuming power-house of the Indian community, along with her husband, Jagdish, a highly successful businessman, were honored for their accomplishments, and service to the larger Indian American community. 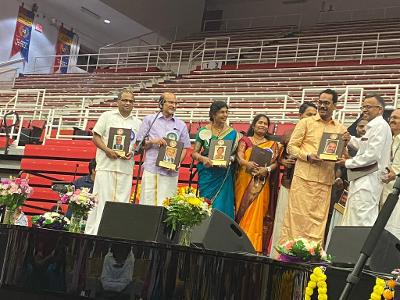 Kanchana Poola, who had served as the President of New York Tamil Sangam (NYTS) for several years, currently serves as an advisor of the decades old Tamill Sangam. She is a Life member of FeTNA and has been associated with American Tamil Entrepreneurs Association.

Among the several philanthropic initiatives, Kanchana and Jagadeesan Poola have contributed generously to the Harvard Tamil Chair Fund.  They are Co-Chairs of The Asian Era and Aksharam magazines. In her acceptance speech, Kanchana Poola said her father instilled in her the value of giving —  for education, for the poor and the needy. The Poola couple were also honored by the NYTS.

Nimmi Mehta presented flowers and Rajasthani bandhej saree to Kanchana Poola, and Kamlesh Mehta presented a shawl and flowers to Jagadeesan Poola as they welcomed them for the honor. Ex-Mayor De Blasio presented the plaque to Couple of the Decade. Mr. and Mrs. Poola gracefully accepted the recognition thanking The South Asian Times, FeTNA, New York Tamil Sangham, and Ex-Mayor Bill de Blasio.

Kamlesh Mehta, in his vote of thanks, appreciated FeTNA for providing the facility, Ex-Mayor DeBlasio for taking the time out, Eric Kumar and Mrs. Totee for extending the help in organizing the event and the Founding Editor Parveen Chopra for the special feature and profiling the Couple of the Decade.