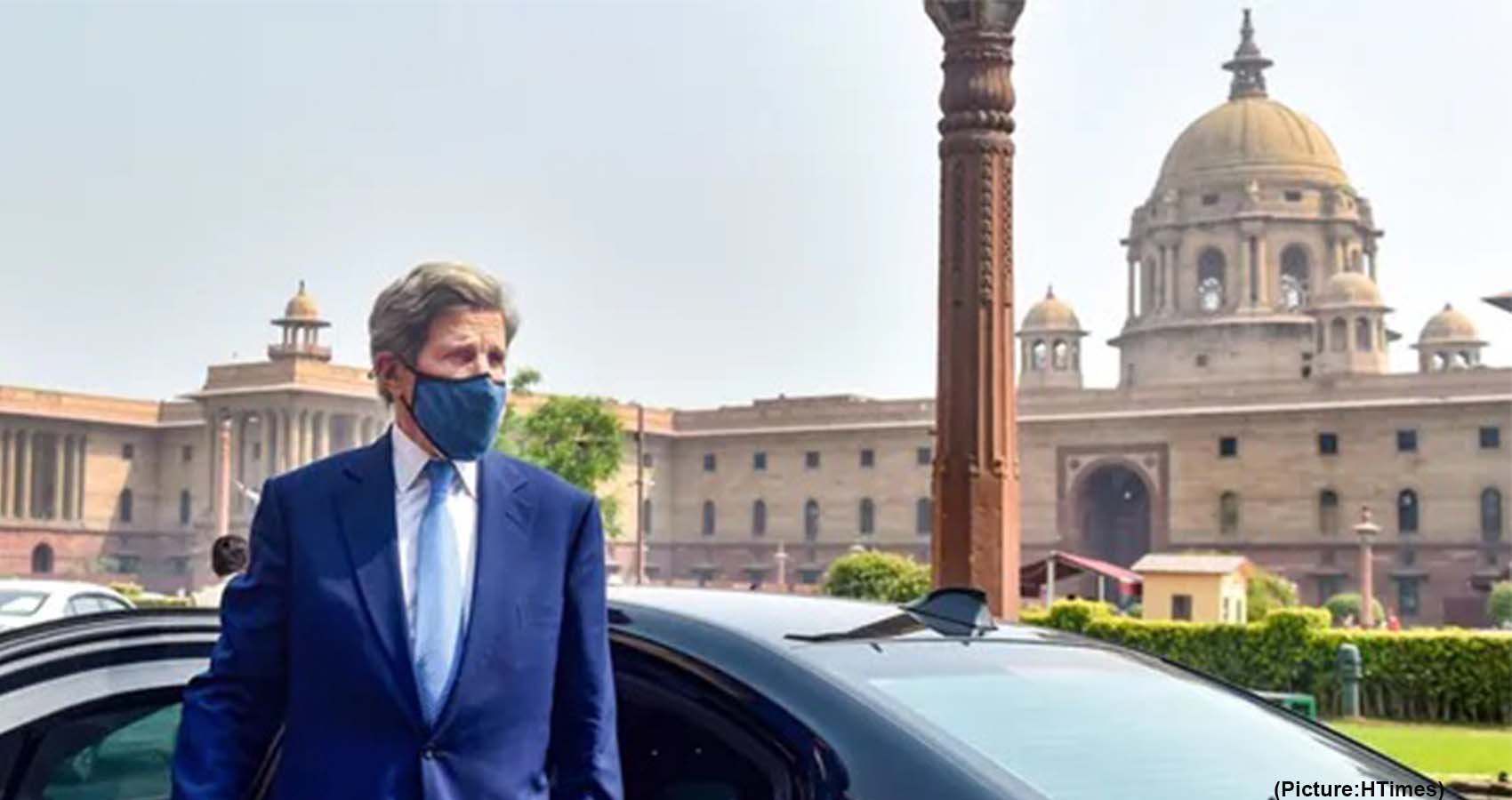 The US Special Presidential Envoy for Climate John Kerry congratulated India for its ambitious climate targets and said that India has demonstrated that economic development and clean energy can go hand-in hand.

The US Special Presidential Envoy for Climate John Kerry on Monday, September 13th  congratulated India for its ambitious climate targets and said that the developing country in the Global South has demonstrated that economic development and clean energy can go hand-in hand. Kerry also met External Affairs Minister S Jaishankar and Union Power Minister RK Singh to discuss climate goals. India and the US have a major opportunity to work together on climate change in a way that will expand bilateral trade and investment in clean energy products and services, US presidential envoy for climate John Kerry said on Monday. 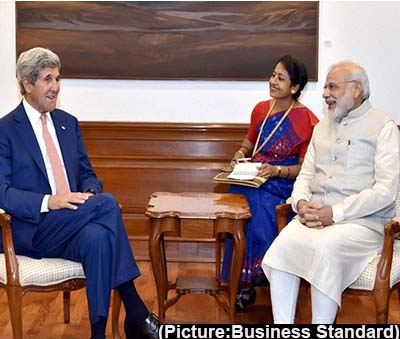 John Kerry along with Indian officials announced the Climate Action and Finance Mobilization dialogue, one of the two main tracks of the US-India Agenda 2030 Partnership that US President Joe Biden and Prime Minister Modi announced at the Leaders Summit on Climate in April this year. The CAFMD has three parts – the first being the climate action segment under which the US and India would develop proposals to curb emissions, Kerry said. The second was finance mobilization which would focus on attracting capital and technologies for India to scale up its renewable energy generation to its announced generation target of 450 GigaWatts. Over the past months, six of the largest banks in America had publicaly committed to investing a minimum of $ 4.16 trillion in the next 10 years to make the transition happen, the US envoy said.  The third was climate adaptation and resilience that included efforts like extending India’s forest cover, he said.

The CAFMD is part of the India-US Climate and Clean Energy Agenda 2030 Partnership launched at the Leaders’ Summit on Climate in April 2021 by Prime Minister Narendra Modi and US President Joe Biden. A second strand is the US-India Strategic Clean Energy Partnership (SCEP), helmed by Minister for Petroleum and Natural Gas and Housing and Urban Affairs Hardeep Singh Puri on the Indian side and the US Secretary of Energy Jennifer Granholm. Puri and Granholm launched the revamped SCEP virtually last week.    Commending India for its goal to produce 450 GW of energy from renewable sources by 2030, Kerry said “India is a world leader in demonstrating that economic development and clean energy is not a zero sum choice … you can have it both at the same time.”

Last month, India’s Environment Minister Bhupender Yadav spoke to Kerry on the phone and tweeted afterwards that they “discussed at length how the largest and oldest democracies can set examples for other countries on Climate Action. India stands committed to working with the US on Clean Energy”. On another front of the war on climate change, India’s Petroleum and Natural Gas Minister Hardeep Singh Puri worked with US Energy Secretary Jennifer Granholm on developing clean energy, the other track of the India-US partnership.

On Thursday, Puri and Granholm co-chaired the first ministerial meeting of revamped India-US Strategic Clean Energy Partnership (SCEP) “to advance the climate and clean energy goals of both countries”. India’s Petroleum and Natural Gas Ministry said: “The two sides announced addition of a fifth Pillar on Emerging Fuels, which signals joint resolve to promote cleaner energy fuels. A new India-US Task Force on Biofuels was also announced to build on the scope of work on cooperation in biofuels sector.

This is Kerry’s second visit to India as Biden’s point-person on climate change, a priority area for the President. Announcing the visit, the State Department said: “The Special Envoy’s travel will bolster the US’ bilateral and multilateral climate efforts ahead of the 26th Conference of the Parties (COP26) to the UN Framework Convention on Climate Change (UNFCCC), which will be held October 31 to November 12 in Glasgow.”