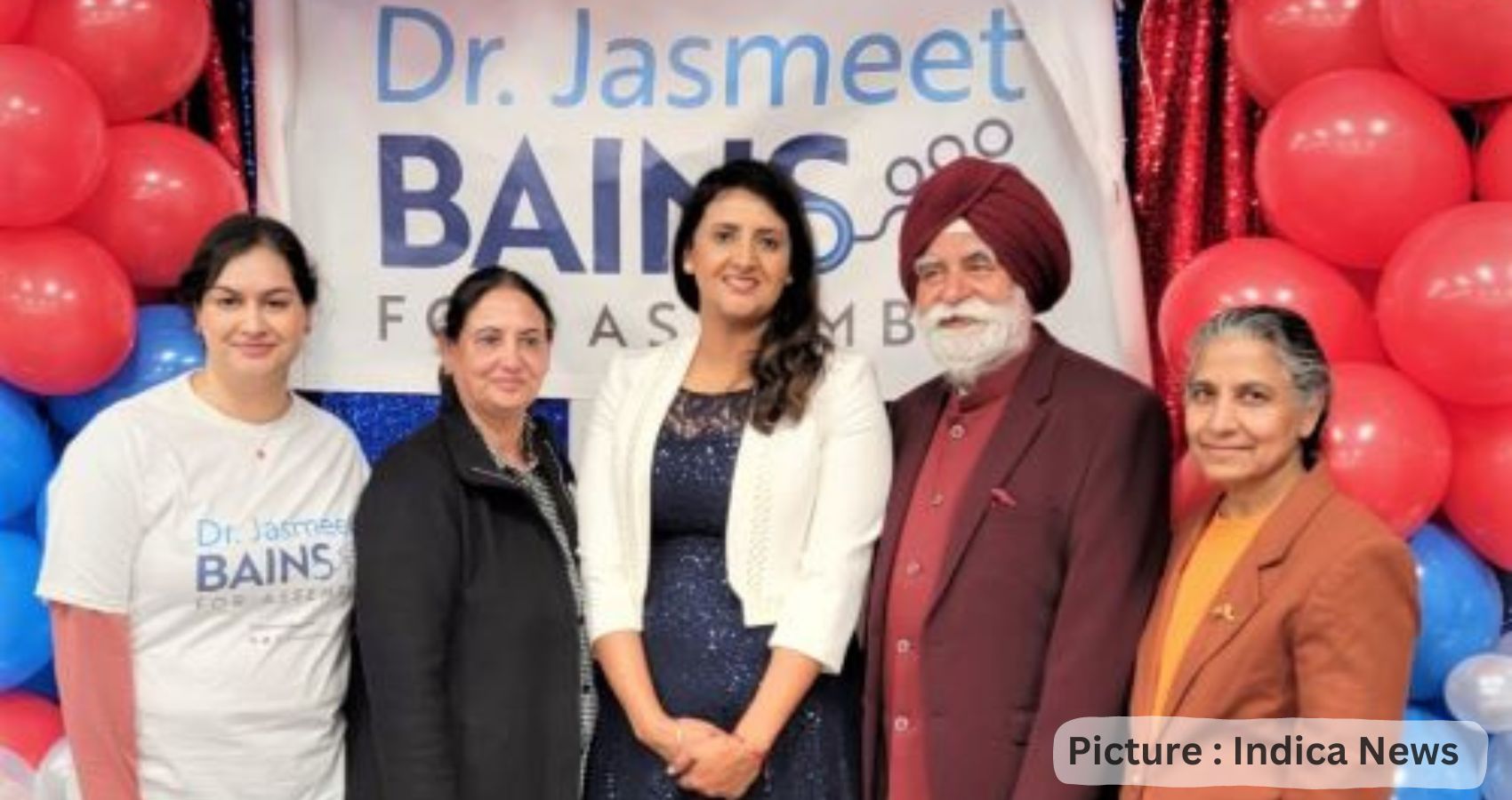 Jasmeet Kaur Bains [above center], a Democrat and daughter of a Sikh immigrant made history, November 8 when she became the first woman of Indian and South Asian origin to be elected to the California Assembly. She won the District 35 seat in a closely contested election.

Jasmeet Kaur Bains, a family physician from Bakersfield, made history by becoming the first Indian-origin Sikh woman to be elected to the California Assembly.

In a Democrat vs Democrat race for the 35th Assembly District in Kern County, Bains took an early lead over her opponent Leticia Perez.

According to the Kern County Election Results website, Bains led the race on Wednesday with 10,827 votes, or 58.9 per cent — while Perez trailed significantly with 7,555 votes, or 41.1 per cent.

Bains is a medical director at Bakersfield Recovery Services, a non-profit that treats adults suffering from addiction.

In her campaign pitch, she said she would prioritise healthcare, homelessness, water infrastructure and air quality.

Bains watched election returns with nearly 100 family members, friends and supporters at Tony’s Firehouse Grill and Pizza, a restaurant in the northern Kern County city of Delano, where she grew up.

“It’s an exciting night… I’m encouraged by the early returns and couldn’t be more grateful for the support we’ve received across Kern County,” she wrote in a text message to the Bakersfield Californian.

“I love being a doctor,” Bains said, explaining why the decision to enter the Assembly contest was not an easy decision.

“If I want to be the physician that I always dreamed of being, I need to make sure that we have the correct legislation in place,” she told Bakesfield Californian.

The 35th Assembly district stretches from Arvin to Delano and includes much of East Bakersfield.

The daughter of immigrant parents from India, Bains watched her father build a business, starting as an auto mechanic and ultimately owning successful car dealerships. After college, Jasmeet worked with her father before pursuing her career in medicine.

When the pandemic hit, Bains was on the frontlines, establishing field hospital sites to treat Covid patients. She has also spearheaded landmark mental health and addiction treatment programmes.

She was awarded the 2019 Hero of Family Medicine by the California Academy of Family Physicians, and the 2021 Beautiful Bakersfield Award from the Greater Bakersfield Chamber of Commerce. (IANS)