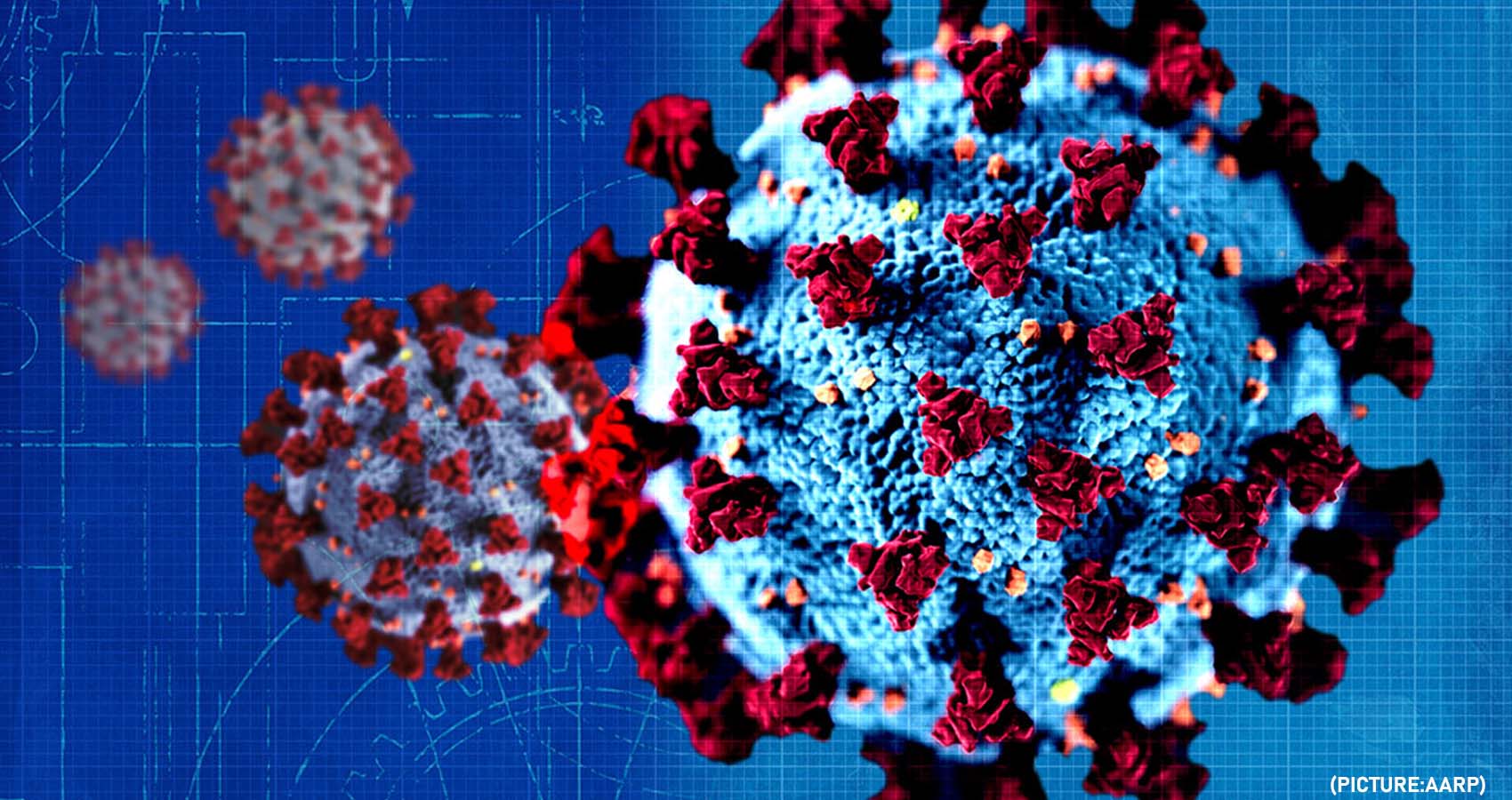 Somewhere in India last October, a person—likely immunocompromised, perhaps taking drugs for rheumatoid arthritis or with an advanced case of HIV/AIDS—developed COVID-19. Their case might have been mild, but because of their body’s inability to clear the coronavirus it lingered and multiplied. As the virus replicated and moved from one cell to another, parts of the genetic material copied itself incorrectly. Maybe the person lived in a crowded home or went out to buy food in a busy market, but wherever it happened, the altered virus was spread to others. Experts believe this singular situation in one individual is likely how the Delta variant now wreaking havoc in the U.S. and around the world was born. 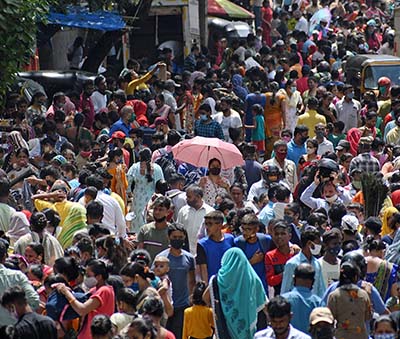 In the course of the COVID-19 pandemic, thousands of variants have been identified, four of which are considered “variants of concern” by the World Health Organization—Alpha, Beta, Gamma, and Delta, all closely tracked by scientists on websites such as GiSAID and CoVariants. Delta is by far the most contagious—some 97 percent more sothan the earliest circulating virus, according to European researchers. But is it the worst the world might see? Understanding how mutations develop can help us grasp whether more concerning versions may yet appear.

That turn of events in India—or others that may come in other places—was expected by microbiologists who study viruses, although they could not have predicted where it would happen, exactly when, and which lines of genetic code would shift inside the germ. “Every single time the virus gets in a cell it replicates its genome so it can spread to other cells, and this has the potential to make an error,” says Bethany Moore, chair of the microbiology and immunology department at the University of Michigan.

Mutations generally appear randomly and spontaneously, rather than in a systematic way.

Most mutations either kill the virus or they die out from lack of spread, victims of an infected person isolating or passing the germs to a small number of others who then stay home. But when enough mutations are created, some will get lucky (from the virus’s perspective) and catch hold, perhaps when an infected person attends a crowded sporting event or a large indoor gathering such as a wedding. “It’s like there’s an evolutionary windstorm over many smoldering embers of little hopeful mutants that might normally go extinct, but when you have rampant infection, natural selection gains the upper hand,” says Vaughn Cooper, professor of microbiology and molecular genetics at the University of Pittsburgh School of Medicine. 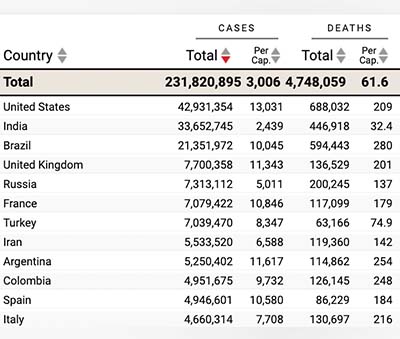 Coronaviruses more prone to mutations than other germs

Scientists always expected to see variants with SARS-CoV-2 because coronaviruses inevitably copy their genomes more sloppily than humans and animals, or even some other pathogens, replicate their own genetic codes. Rather than a double-helixed deoxyribonucleic acid (DNA) carrying their genes, coronaviruses contain single-stranded ribonucleic acid (RNA). “Due to very ancient accidents of history, the enzymes that make new copies of RNA are more error-prone,” Cooper says, although he notes that coronaviruses don’t spin out as many mutations as other RNA viruses such as influenza because of a proofreading enzyme tasked with double-checking its work. “The majority of viruses that go into a patient and come out from that patient is the same,” Cooper says. For coronaviruses, the estimate is that one mistake happens in a million or more replicated units of RNA, Moore says.

But it doesn’t take many slipshod copies of a virus to wreak havoc on the world. “There’s a reason health professionals have always worried about pandemic respiratory threats,” says Sten Vermund, an infectious disease epidemiologist at the Yale School of Public Health. Germs transmitted when we breathe or talk spread faster than those requiring touch or sex or bad sanitation. The threat from this coronavirus is compounded by the fact that we can pass it, and its mutated versions, before we even know we have it.

So far, the genome, or complete set of genetic material, of more than a million SARS-CoV-2 viruses have been sequenced by scientists, who are keen to stay on top of how the virus is evolving in order to determine how best to protect people from it. Earlier this year the United Kingdom, a leader in this endeavor, launched a $3.5 million effort to study the effects of emerging mutations. Sequencing got off to a slow start in the U.S., but in fall of 2020 the Centers for Disease Control and Prevention launched the National SARS-CoV-2 Strain Surveillance (NS3)  program that contracts with universities and private laboratories to sequence the coronaviruses circulating here. Hundreds of thousands of genomes have already been sequenced under this program.

Sets of the random mutations found in a virus are classified as variants only when they give the pathogen an advantage, Moore says. Within each variant are subvariants (as indicated in the alternative naming system known as Pango, where Delta is known as B.1.617.2, the later numbers indicating sub-lineages). Still, the overall blueprint of the genome remains the same. Were SARS-CoV-2 to mutate in a way that changes its essential nature, it could become a new species, perhaps SARS-CoV-3, she notes.

Mutations that take hold survive for a reason, Cooper says, such as by helping the virus increase transmissibility, infectivity, virulence, or the ability to escape our immunity. But scientists are less concerned about any specific mutation than about similar changes arising in multiple independent variants, Cooper says, “because that suggests they make the virus more evolutionarily fit.” This phenomenon is known in evolutionary biology as convergent evolution.

For example, in all of the variants of concern, a common mutation occurs in one section of the spike protein, the protrusions dotting the surface of the virus that help it infect human cells. In position 614, one type of amino acid (called aspartic acid) has been swapped for another (glycine). This mutation, known as D614G, makes the virus more transmissible and infectious.

Another common mutation, L452R, flips the amino acid leucine to arginine, again on the spike protein. The fact that mutations in L452 are seen in more than a dozen separate lineages indicates that this mutation confers an important advantage to the coronavirus, researchers recently noted after sequencing hundreds of virus samples around the U.S. In addition to providing the virus with a stronger attachment to our cells, it may be that L452R helps infect people with some immunity.

Because the spike protein has been critical for developing vaccines and treatments, more research has gone into studying mutations there compared with other proteins in the coronavirus. But it’s important to pay attention beyond this area, says Nash Rochman, an evolutionary virology expert at the N.I.H.’s National Library of Medicine. Rochman coauthored a recent paper that concludes that while the spike protein is an important site, so is another part of the virus called the nucleocapsid protein, which makes up the coating that surrounds the virus’s RNA genome.

In fact, the two areas might be working together, Rochman says. “A variant with a mutation in the [spike protein] without any change in the nucleocapsid protein might behave very differently than another variant that has mutations in both regions.” Groups of mutations working in concert is a concept known as epistasis, and modeling by Rochman and colleagues show that a small group of mutations in various spots could collectively have the major impact of helping the virus evade antibodies and thus making vaccines less effective.

The mutations that appeared in the U.S. this year are the reason the pandemic is not under control. “Just as we were making progress with vaccination, Delta comes along,” Vermund says, and rather than the expected case reductions from the vaccine, rates rose because of Delta’s increased transmissibility. “If we had only circulation of Alpha at that time, the rise in cases would not have occurred,” he says.

That the virus could obtain mutations that help it escape vaccines is of course everyone’s biggest concern. Currently, all three vaccines authorized in the U.S. remain protective. (Mu, the newest “variant of interest” does seem to weaken vaccine effectiveness, but it is not widely spreading at this time.) Some people think the small percentage of vaccinated people testing positive or developing symptoms is a sign the virus is outsmarting the shots, but Vermund says that’s not so. “I hate the term ‘breakthrough infection,’ because it’s misleading on the science,” he says. Vaccines are not like power shields that deflect the Klingons, he says. Instead, they allow the enemy to get on the ship (hence the positive tests) but they are immediately surrounded by a well-armed crew.

With such a small part of the world’s population vaccinated (some 43 percent have gotten at least one shot, but only 2 percent of those in low-income countries have), the virus doesn’t yet have much incentive to outwit the immune system of those who’ve been innoculated. “Vaccine evasion isn’t what the virus is looking for right now,” Cooper says. It’s easier for the germs to seek new and improved ways to infect the billions of people who don’t yet have this immunity.

Still, no one knows what mutations lie ahead and how much damage they might do. Vermund points out that 95 percent of people on Earth can visit another place within 48 hours—within the incubation period of COVID-19—which is why a variant emerging even in a remote, low-population area can become a global problem.

“Mutations happen when there is viral replication. So the best way to stop future variants is to severely limit the amount of viral replication that is occurring in the world,” says David Peaper, a Yale Medicine pathologist who directs the Yale New Haven Hospital Clinical Microbiology Laboratory. That’s why getting everyone in the U.S. and the world vaccinated is the most important thing we can do, he says. “As long as there is SARS-CoV-2 anywhere in the world, there’s an opportunity for dangerous variants to emerge.”