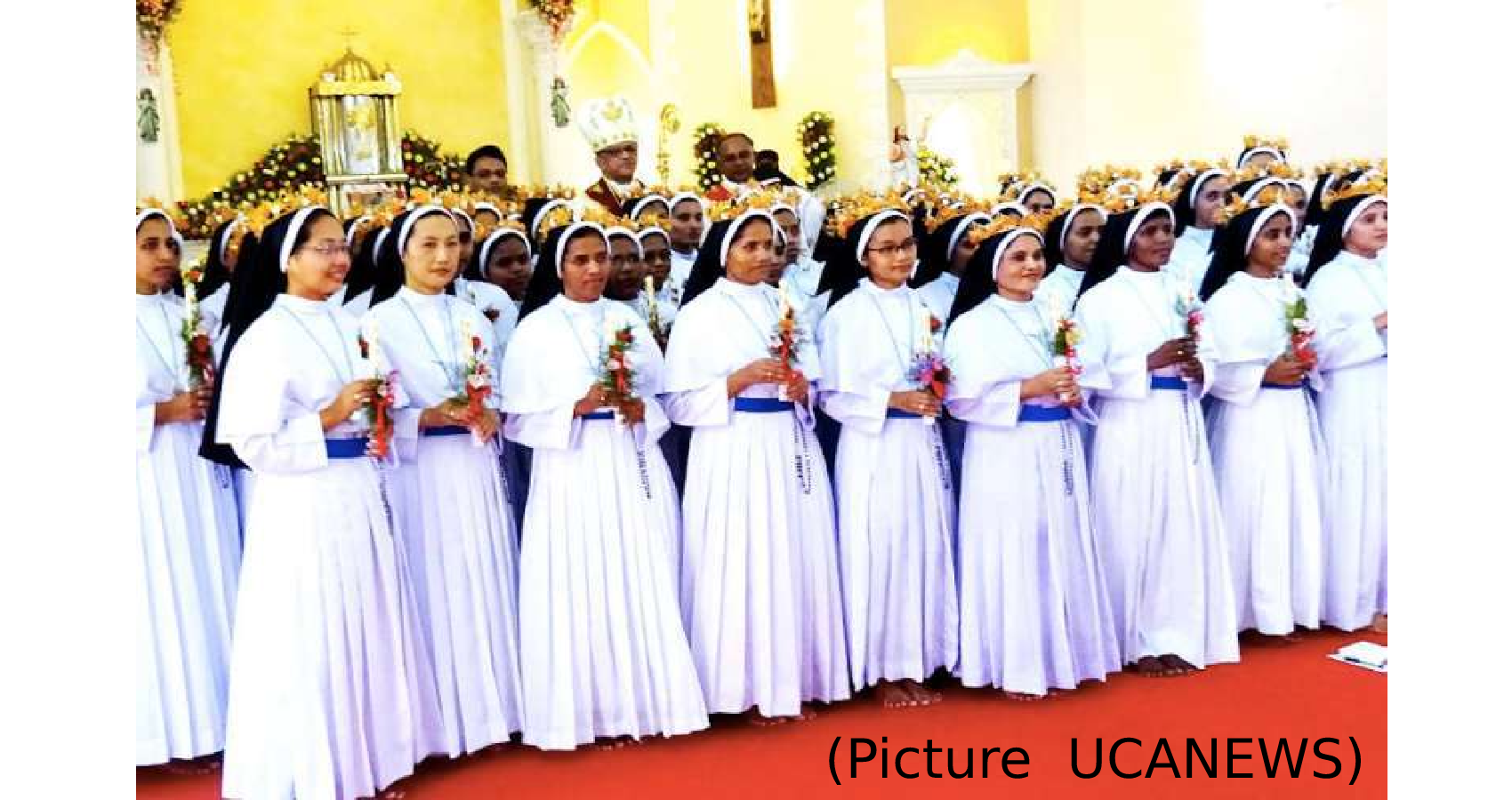 India’s Supreme Court has ended the long-running litigation of a congregation of nuns against the Kerala government by ruling that Catholic nuns should not pay tax for their residential buildings.

The March 1 ruling that favored the Sisters of the Adoration of the Blessed Sacrament (SABS) applies to the convent buildings of more than 35,000 nuns living in Kerala, officials said. “The order benefits not only us but also other religious congregations in the state,” said Sister Grace Kochupaliyathil, the congregation’s Kothamangalam provincial superior.

The dispute began after a revenue officer refused to grant tax exemption to a newly built convent in Thodupuzha town in Idduki district. The officer refused to accept the nuns’ argument that they are exempted from paying building tax as the Kerala Building Tax Act of 1975 says those not involved in any profiteering business are exempted from paying tax.

The higher officials of the state revenue department also refused to agree to tax exemption, forcing the nuns to move Kerala High Court in 2004. The state High Court asked the government to reconsider its decision, but the government refused. The nuns then moved Supreme Court in 2012, resulting in the present verdict. “It was a very long legal battle and finally God blessed us and we won the case,” Sister Kochupaliyathil told UCA News on March 3.

Some 35,000 of India’s more than 104,500 nuns live and work in the southern state of Kerala. The SABS congregation began litigation after several other convents faced the same situation.

A section of the law says buildings that are used for religious, charitable or educational purposes are exempted from building tax.  “So clearly, convents very well come within the definition of the law and are liable to get its benefit because we are involved only in education and no profiteering business,” Sister Kochupaliyathil said.

The state government contended that no exemption was possible as residential accommodation for nuns and hostels for students are used for residential purposes, not for educational and charitable purposes. The Supreme Court verdict asked the state to follow the spirit of the law.

“If nuns are living in a neighboring building to a convent so that they may receive religious instruction there, or if students are living in a hostel close to the school or college in which they are imparted instruction, it is obvious that the purpose of such residence is not to earn profit but residence that is integrally connected with the religious or educational activity,” the court noted.

If the activities in the convent are predominantly religious, then buildings of the convent used for that purpose also should qualify for an exemption, the court said.

The Catholic Church in India runs some 55,000 educational institutions, including at least one-third of them in Kerala, mostly managed by women religious.

Hundreds of convents and hostels are built attached to these institutions for the education of children. “The top court order will immensely benefit all those nuns,” said Sister Kochupaliyathil.