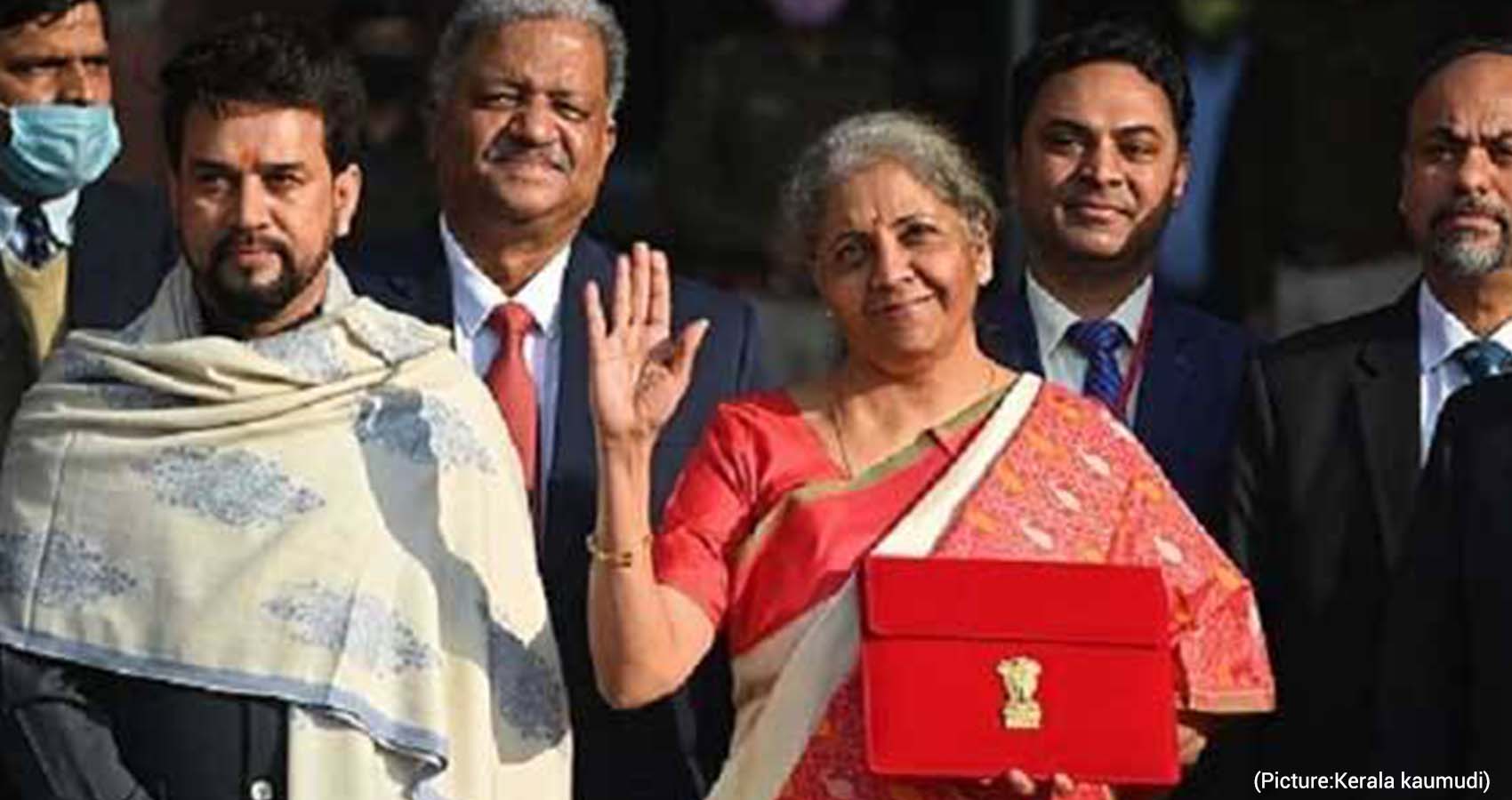 The Economic Survey 2021-22 has projected the economy to grow at 8.0-8.5 per cent in 2022-23, thereby moderating the growth forecast from 9.2 per cent expansion for 2021-22 outlined by the National Statistical Office (NSO) in its first advance estimates of Gross Domestic Product (GDP).

Last year’s Survey had projected real GDP to record a 11 per cent growth in 2021-22, post a 7.3 per cent contraction in 2020-21. While this year’s growth comes on a low base year economic output, the expansion next year has to be seen from the recovery levels in economic output.

The Survey flags inflation as a concern while assessing the macroeconomic stability indicators and suggests that the Indian economy is “well- placed” to take on the challenges of 2022-23. 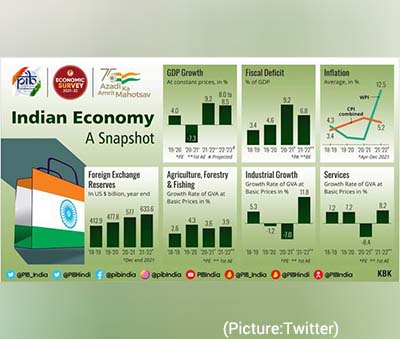 “Growth in 2022-23 will be supported by widespread vaccine coverage, gains from supply-side reforms and easing of regulations, robust export growth, and availability of fiscal space to ramp up capital spending. The year ahead is also well poised for a pick-up in private sector investment with the financial system in a good position to provide support to the revival of the economy,” it said.

The growth projection for the next year based on “the assumption that there will be no further debilitating pandemic related economic disruption, monsoon will be normal, withdrawal of global liquidity by major central banks will be broadly orderly and oil prices will be in the range of $70-$75/bbl,” the Survey said.

The Survey projection is comparable with the World Bank’s and Asian Development Bank’s latest forecasts of real GDP growth of 8.7 per cent and 7.5 per cent respectively for 2022-23. As per the IMF’s latest World Economic Outlook (WEO) growth projections released on 25th January, 2022, India’s real GDP is projected to grow at 9 per cent in both 2021-22 and 2022-23 and at 7.1 per cent in 2023-24. It stressed the need to watch up for imported inflation. India’s Consumer Price Index inflation stood at 5.6 per cent in December 2021 but wholesale price inflation, however, has been running in double-digits. “Although this is partly due to base effects that will even out, India does need to be wary of imported inflation, especially from elevated global energy prices,” it said.

Last year’s Economic Survey had pitched for an expansionary fiscal policy in 2021-22 to boost growth and advised the government towards significant privatisation of state-owned companies. A privatisation push and review of the banking sector asset quality was recommended in last year’s survey.

Setting the tone for the Union Budget 2022-23, to be presented on Tuesday, the Economic Survey 2021-22 tabled in the Parliament on Monday stressed on the need for the government to provide a buffer against stresses such as the uncertainty in the global environment, the cycle of liquidity withdrawal by major central banks, etc.

India’s economic growth in 2022-23 could spring a surprise: ASSOCHAM

Despite the Covid-19 pandemic, India’s economic growth in the upcoming financial year, i.e., 2022-23, can be surprising on the higher side, ASSOCHAM Secretary General said on Monday.

“While the 8-8.5 per cent GDP projections for FY23 are on the back of a high base of 9.2 per cent in the current financial year, ASSOCHAM is of the view that India’s economic growth can surprise us on the higher side.

“Even as the pandemic is still raging in most parts of the world, its latest variant is less damaging. Besides, with 75 per cent of eligible Indians fully vaccinated and the booster dose being rolled out, India would be far better prepared to take on the challenges,” ASSOCHAM Secretary General Deepak Sood said.

ASSOCHAM said it shares the prognosis of the Economic Survey that the Indian economy is well placed to take on the challenges of 2022-23, riding on the back of continuous reforms in supply side and safety nets to the vulnerable sections of the society.

Sood further said that the advance estimates suggest manufacturing to be growing by 12.5 per cent in the current fiscal while services would expand by 8.5 per cent.

“Traditionally, services grow at a faster face. Clearly, the Covid impact on contact intensive industries is reflecting even as manufacturing has been aided by supply side reforms. Once the impact of PLI scheme kicks in, we expect the manufacturing to be leading the growth for the foreseeable future,” Sood said, adding that robust performance in exports has also helped the manufacturing.

He further said that the Economic Survey is right in its assessment about the investment scenario, saying: “The private investment recovery is still at a nascent stage, though there are increased activities in the brownfield projects. Heavy lifting would still be needed by the government with capital expenditure, and we expect that in the Budget.”

The Survey has pointed out that the government has the fiscal capacity to maintain the support, and ramp up capital expenditure when required, ASSOCHAM said in a statement.

“Schemes like credit guarantee with 100 per cent guarantee for additional funding of Rs 4.5 lakh crore to MSMEs have provided critical relief to the sectors severely hit by the pandemic. More such measures are expected in the Budget,” it said.

“The Survey has re-emphasised the government’s asset monetisation and disinvestment agenda, which spells out bare minimum presence of government ownership even in the strategic sectors. Successful completion of Air India disinvestment should infuse confidence for the roadmap,” it added.